Andrei Kirilenko is a former basketball player from Russia. He is currently associated with the “Russian Basketball Federation” as a commissioner. Andrei started playing basketball at an early age. This made him professional at the age of fifteen. He was in the team “CSKA Moscow” between 1998 and 2001. Andrei has also won the “Russian League MVP Award” in 2000. He joined the team “Utah Jazz” after the “1999 Draft.” 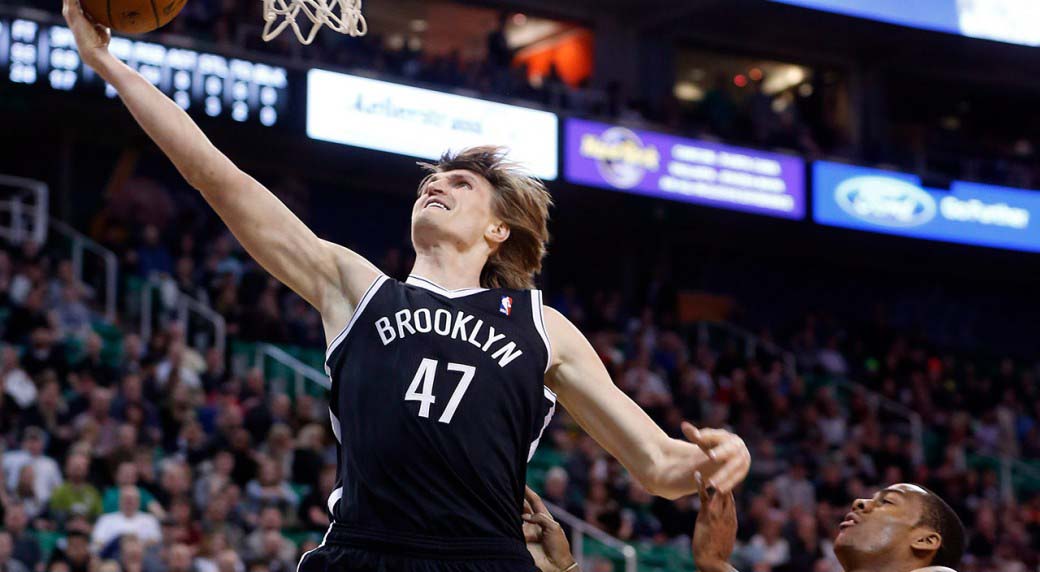 Andrei Kirilenko also succeeded to play in the “2004 All-Star Game.” He was also in the team “CSKA Moscow” during the “2011 NBA Lockout.” He was responsible to take the team to the “2012 EuroLeague Final.” Andrei even got the title of “Most Valuable Player” and the “EuroLeague Best Defender” Award in 2012.

Where was Andrei born and raised?

The full name of Andrei Kirilenko is Andrei Gennadyevich Kirilenko. The nationality of Andrei is Russian. He has an attractive height of 6 feet 9 inches along with a complimentary weight of 107 kgs. His current age is 39 years. His ethnicity is not clear.

When did Andrei start his professional career?

The professional journey Andrei Kirilenko started after the team “Utah Jazz” added him to the team during the “1999 Draft” on 30th June 1999. He was only eighteen years old during that time. Despite the selection, he was in the team “CSKA Moscow.” He helped the team win the “North European Basketball League” in the 1999-2000 season. He succeeded to participate in the “Russian All-Star” game for the second time on 23rd April 2000.

Likewise, Andrei Kirilenko represented the national team of Russia in the “2000 Summer Olympics.” The team became eighth in the tournament. Andrei succeeded to score a “Triple-Doubles” with a total of 13 points during the “FIBA SuproLeague” on 8th February 2001. It was his third season with the team “CSK Moscow.” 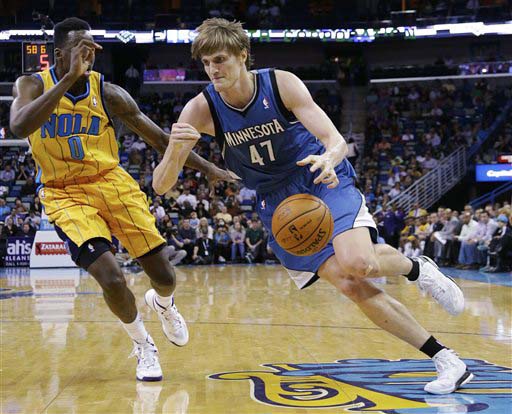 Andrei Kirilenko started his official journey with the team “Utah Jazz” in 2001. He succeeded to enter the “NBA All-Rookie” team.  In no time, he became one of the successful young players in the NBA. He took the responsibility of handling the leadership of the team “Utah Jazz” in 2003. He had to face an injury on his right wrist. It was during the match against the team “Washington Wizards” during the 2004-2005 season. This kept him away from the remaining games of the season.

Likewise, he achieved his career-high blocks of 10 on 26th March 2005. It was during the match against “Indiana.” He also became the “NBA All-Defensive Team” in the 2005-2006 season. Andrei was not able to perform well in the 2006-2007 season. His average points were only 8.3, and goal attempts were 6 during the end of the season. The performance during the matches started to lose his position in the rankings. His performance in the match against the team “Houston Rockets” during the “Playoffs Series” received a lot of criticism.

Instead of losing all the hope, Andrei succeeded to take the national team of Russia in the “EuroBasket 2007.” He even received the title of “MVP of the Tournament” in the tournament. Andrei returned to Russia to play for the team “CSKA Moscow” during the “2011 NBA Lockout.” He was on the team during the 2011 season. Andrei even earned the “2011-12 EuroLeague MVP.” He also succeeded to enter the “All-Euro League First Team.”

Andrei Kirilenko joined the team “Minnesota Timberwolves” on 27th July 2012. He started playing for the team from the “Small forward” position. He appeared in a total of 64 matches for the team during the 2012-2013 season. Andrei signed a two-year contract with the team “Brooklyn Nets” on 12th July 2013. He was in the team during the “2014-2015” season. Andrei chose the leave of absence from the “Brooklyn Nets” on 21st November 2014. Andrei played for the team “Philadelphia 76ers” in the “2014-2015 season.” He joined the team “CSKA Moscow” on 24th February 2015. Andrie announced his retirement from professional basketball on 23rd June 2015.

Who is the wife of Andrei? 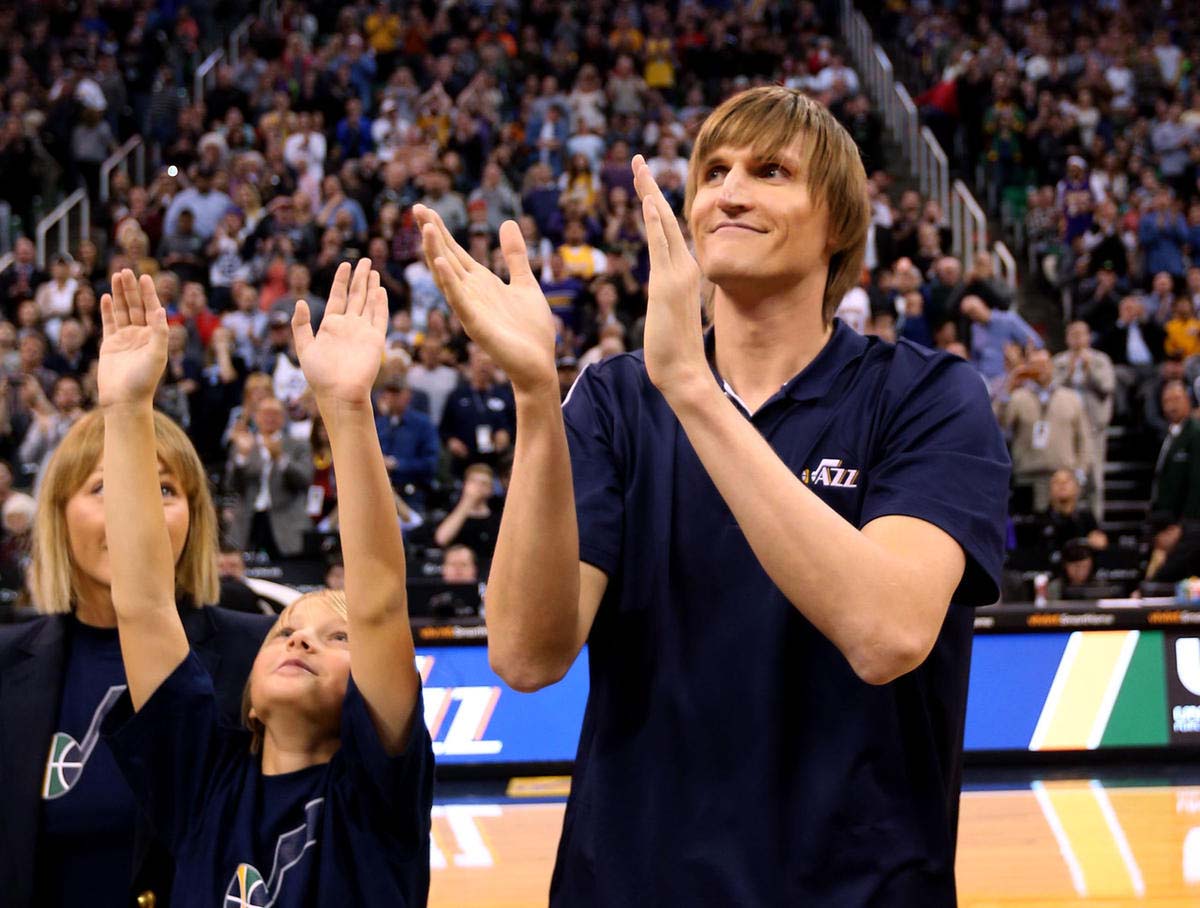 NBA player Andrei Kirilenko tied knots with Masha. Masha is a pop singer from Russia. Her stage name is “MaLo.” They met for the first time at a “Youth Basketball Camp.” The couple is blessed with three children. Alexandra is their daughter and Andrey, Stephan, and Fedor are their sons.

NBA player Andrei Kirilenko is not active on social media platforms. He goes with the name of “ak47russ” on Instagram with 249K followers. Andrei does not have official verified accounts on Facebook and Twitter, Although if you search his name on such platforms, you will encounter some unverified accounts.

NBA player Andrei Kirilenko has been part of the sports fraternity for more than twenty years. He had an amazing track record as a basketball player. Andrei contributed a lot to make his team win prestigious matches. According to celebritynetworth.net, he has an approximate net worth of $50 million.