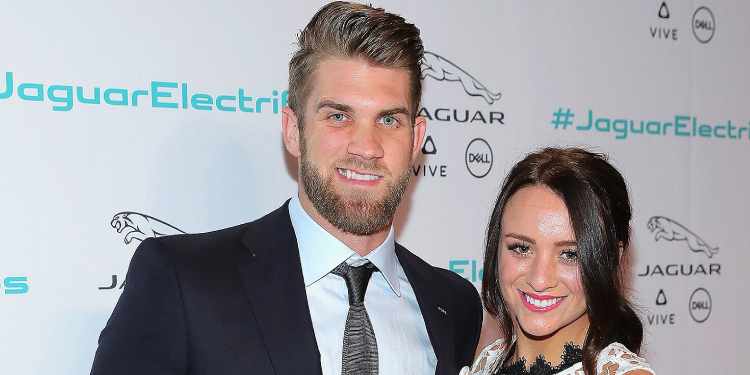 There always has been love between a sports star and people or their fans. This is why we love to watch our favorite player in the game each and every time. Sometimes, the love towards our players goes too far, we start dating them. So, there is also a similar story between Kayla Varner and the MLB player Bryce Harper.

Kayla Varner (Kayla Harper) is a former soccer player during her college life. She is also a good mother who has been taking care of her child with love. What’s the more fascinating thing about Varner is her helping behavior. She is a social worker who is helping lots of needy people of the Alliance for Haiti’s Children foundation.

Kayla Varner was born on 4 November 1992, in Henderson, Nevada, United States. She is the daughter of Sean Varner (Father) and Lizz Varner (Mother). Both of the parents always support her from the beginning regarding her hobby.

Besides, Varner grew up with her 2 younger brothers (McKay Varner and Markus Varner). The three siblings, later on, moved back to Las Vegas for better life and education.

Varner went to Green Valley High school on where she used to play soccer. She has had an interest in soccer from a young age so her high school is the best opportunity to full her playing soccer desire and show her skills. Her performance was quite excellent during college on where she used to score good points for her college team.

After graduating from high school, Varner later joined the interior designing course for about one year. She also has amazing design skills aside from being a soccer player. Later on, Varner joined the Ohio State University on where she picked Strategic communication as her major subject.

Kayla started her career as a soccer player from her high school. She is influenced by her mother who also plays soccer in Mormon Church-owned University. One day, Varner went to see her mother’s match, and from that day she made up her mind to become a soccer player.

Varner plays for her high school team for all most four seasons. Her skills are quite excellent and unique so she later on transferred to a team captain for 3 years.

The main reason why her high school (Green Valley) manages to bring the trophy is because of her spectacular leadership skills. She knows how to lead her team in the game and knock out the opponents.

During her stay in Green Valley gators as a soccer player and a team captain, she wins 2 southeast division titles along with 2 sunrise conference titles. In addition to that, Varner named her college as Nevada state championship of 2011.

Apart from her excellent score and leadership, Varner also scores 111 goals with 90 assists in her overall 4 years of college life.

Furthermore, she also manages to score 1 goal with 4 assists and 33 goals during the match against BYU in 2 seasons. Besides, Varner also scores the penalty kick in the NCAA tournament in the year 2012.

Kayla Varner is happily married to her husband Bryce Harper who is a professional baseball player. The couples are in a longtime relationship since childhood and finally got married in 2016. Now they have their first son named Krew Aron Harper who was born on August 22, 2019.

Kayla Varner is a success as she is the best soccer player in her college. So, her net worth is estimated around at $4.5 million.

Kayla Varner is also active on her social media account. She has over 122k followers on her Instagram account. She mostly posts pictures of her beautiful children and time spent with her husband Bryce.

In addition to that, Varner also can be seen with her close friends and other family members.

For full biography about your favorite Former Soccer player, please check out Sportscovering.