Who is Dele Alli?

Sport is not only about scoring. It has more to understand. Every sport is full of amazing life lessons. The first thing that one can learn is the power of preparation. All the players in a match need to be prepared for unexpected happenings. It’s all about understanding the weakness, strengths, and skills of your own and that of the teammate. This helps to build a strong team formation. When players struggle for the same motive to score with another team, we can see the power of co-ordination.

Likewise, in the audience, we can see a large group of people whether they are from one community or another. People come from different backgrounds, cultures, and communities for their favorite team. But the people who might be fighting for various reasons unite together at the time of cheer. A match not only unites the player from different backgrounds but also the audience. The same motive of all the people creates harmony and enthusiasm between everyone.

Moreover, the harmony is even clear in the case of football. The FIFA World Cup is one of the largest tournament that unites the whole people of the country for a common goal. This creates happiness and brotherhood everywhere. Similarly, Dele Alli is one of the footballers who loves seeing the unit. Dele used to feel the excitement and strength during the world cup since his childhood time.

Dele Alli is a professional footballer from England. He represents the club “Tottenham Hotspur” in the “Premier League” and the national team of England. Dele has also received the title of the “PFA Team of the Year” and “ PFA Young Player of the Year.” He was also part of the team to participate in the “2018 FIFA World Cup” and “UEFA Euro 2016.”

How was the Dele Alli childhood?

The birthplace of Dele Alli is Milton Keynes. He came into the world on April 11th, 1996.  His father’s name is Kehinde Kenny Alli. He is a businessman by profession. His mother’s name is Denise Alli. Dele started showing his attraction to football since he started walking. Dele was not able to enjoy the “small family-happy family” feeling. His parents were busy struggling with their married life. The couple got separated just after the three weeks of their marriage.

Dele’s mother got all the rights of her son during the time of divorce. His father got permission of visiting his son at a certain interval of time. The separation was not only of the couple but was also of Dele with the football. Despite the separation of the couple, the bonding of the father and the son was always strong. He was not able to play football on regular basis. Also, his mother didn’t get the opportunity to enroll Dele in any youth academy. 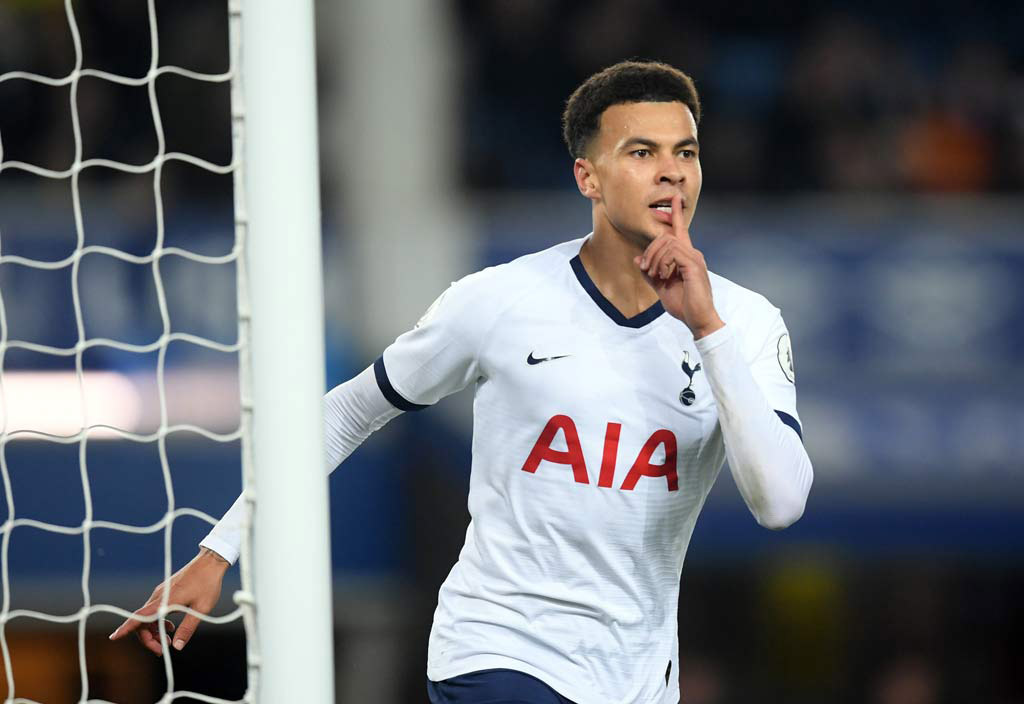 Similarly, Dele Alli visited his dad in Nigeria when he was only eight years old.  Dele came to know that he belongs to a Yoruba Tribe in Nigeria. His father was the son of the king of the tribe.  Dele started becoming familiar with other family members. He stayed in Nigeria for a year. Then, he along with his father moved to the United States to expand his business. But things started to change in the life of Dele after the second marriage of his father. He was feeling uncomfortable feeling as he didn’t like his father’s new wife. Although he attended the wedding. And things started to appear different between the father and son.

Moreover, Dele Alli decided to go back to the United Kingdom. It was also to focus on his dreams for football. But things have changed a lot in the life of his mother in the UK. She was into alcoholism and drug abuse. This decreased the soft corner for both of his parents. Dele started involving with the gangs in the street of London. His mother gave the complete rights of Dele to the social services when he was thirteen years old. This opened the doors of his dream to play football.

What is the education of Dele Alli?

Dele Alli had attended an international school in Nigeria. He has also attended “The Radcliffe School.” Dele went to the “Stantonbury Campus.” 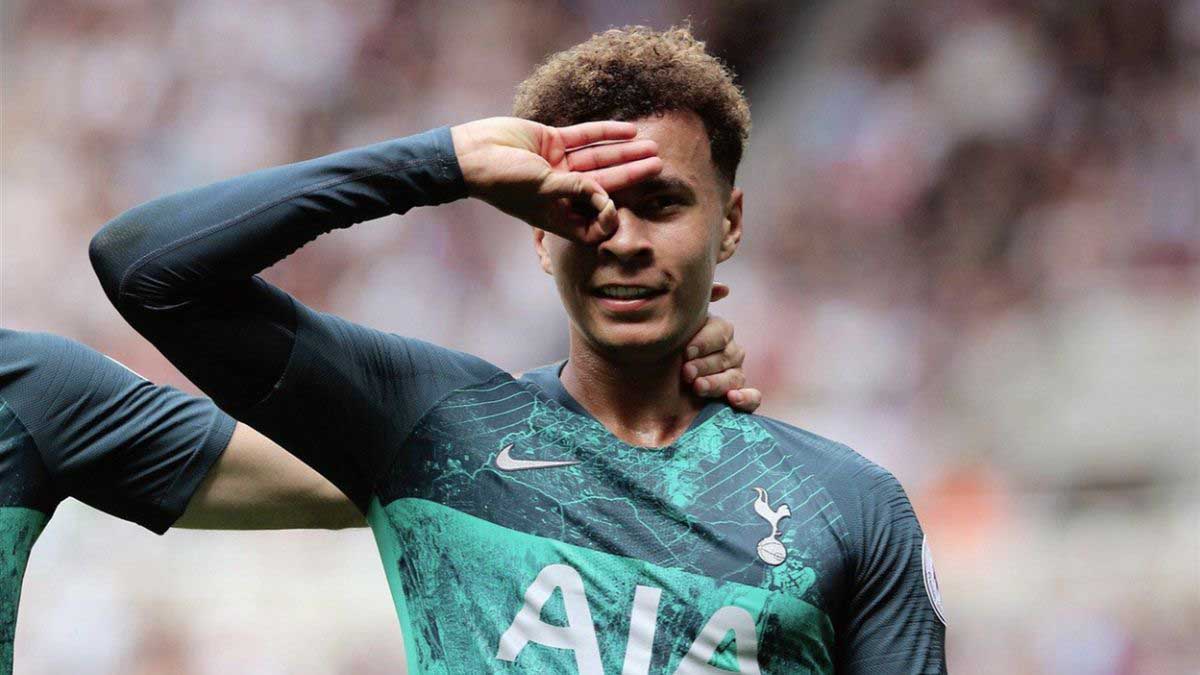 How did Dele Alli started his career?

Dele Alli was eleven years old when he joined the youth system of the “Milton Keynes Dons.” He also played for the “City Colts.” He played his first match he was sixteen years old. It was the match against “Cambridge City” in the “FA Cup” on November 2, 2012.  He also appeared in the “2012-2013 Football League One.” Dele started playing for the first team of the “Milton Keynes Dons.” He was in  the team that defeated “Northampton Town” in the “Football League Trophy.” Dele appeared in 33 games and scored seven goals till the end of the 2013-2014 season.

Likewise, Dele Alli was part of the team to win in the first round of the “League Cup” against “AFC Wimbledon.” Dele’s first goal was against the club “Peterborough United” in the 2014-2015 season. He also became the “Football League Young Player of the Month in August. Dele signed a contract with ” Tottenham Hotspur” on February 2, 2015. It was a deal of £5 million. Dele represented “Tottenham” in the match against “Manchester United” on August 8, 2015. He also became the “PFA Young Player of the Year” on April 24, 2016.

Who is the girlfriend of Dele Alli?

Dele has been dating Ruby Mae since 2016. 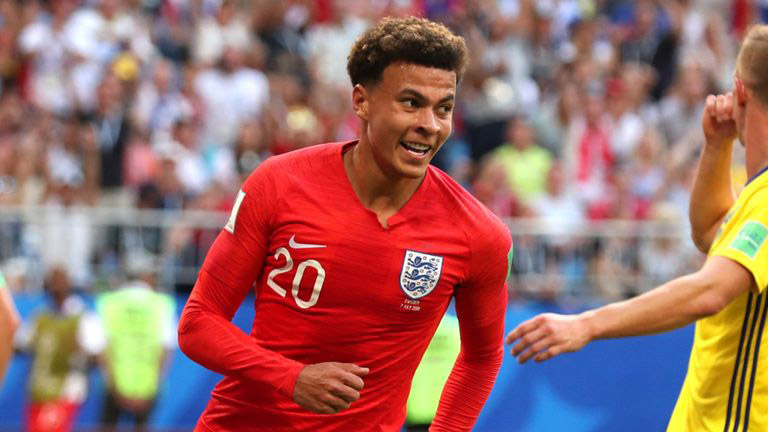 Is Dele Alli on social media?

Dele Alli is less active on social media platforms. He goes with the name of “Dele” on Twitter with 996.7K followers. Dele does not have an official account and page on Facebook and Instagram.

How much is Dele Alli net worth?

Dele Alli has been part of the sports fraternity for more than eight years. There are no much details about his net worth. But according to the recent deals of Dele, he must have a net worth of $10 million.

The full name of Dele is Bamidele “Dele” Jermaine Alli. The nationality of Dele is English. His current age is 24. He has an attractive height of 6 feet 2 inches with a complimentary weight of Deke belongs to Yoruba Nigerian ethnicity.