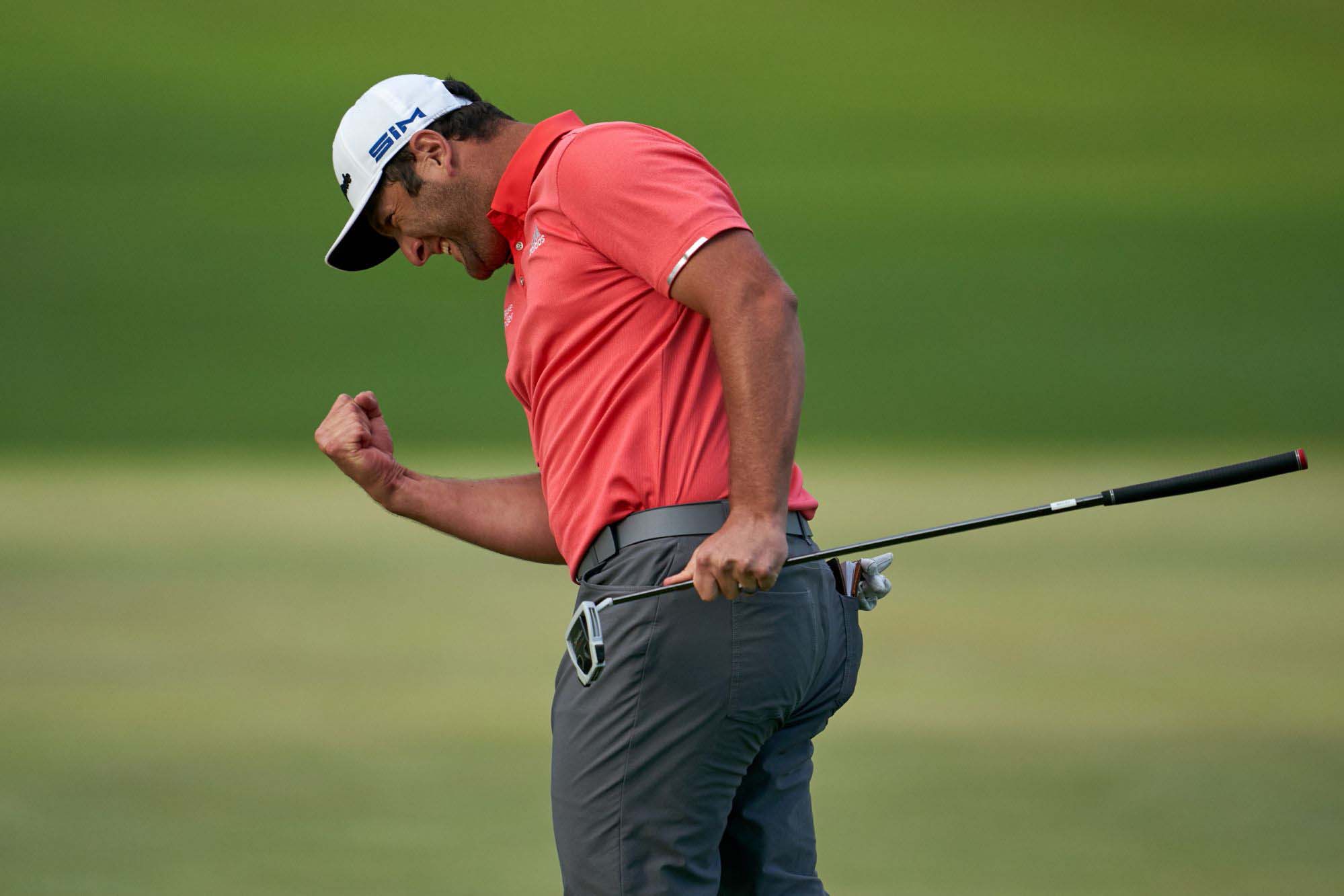 
The birthplace of Jon Rahm is Barrika, Basque Country, Spain. He came into the world on November 10, 1994. There are not many details of his family and childhood available.

Check out for Holly Sonders

Jon Rahm attended “Arizona State University.’” He completed his graduation with “Bachelor of Arts” in “Communications.”During the same time, he succeeded to win a total of eleven college golf tournaments. This is the second-highest record of “Collegiate Wins” after Phil Mickelson. Phil had a record of 16 wins.


The full name of Jon Rahm is Jon Rahm Rodriguez. The nationality is Spanish. He has an attractive height of 6 feet 2 inches along with a complimentary weight of 100 kgs. His ethnicity is not clear.

When did Jon start his professional career?


Jon Rahm started his professional career after “2016 U.S. Open” in the “low amateur” category. He participated in the “2016 Open Championship.”Jon participated in the “Quicken Loans National” as a pro player. His performance succeeded to open his gates to play in “The Open.” He also became runner-up during the “RBC Canadian Open.” Jon succeeded to gain a “PGA Tour Card” for 2017. 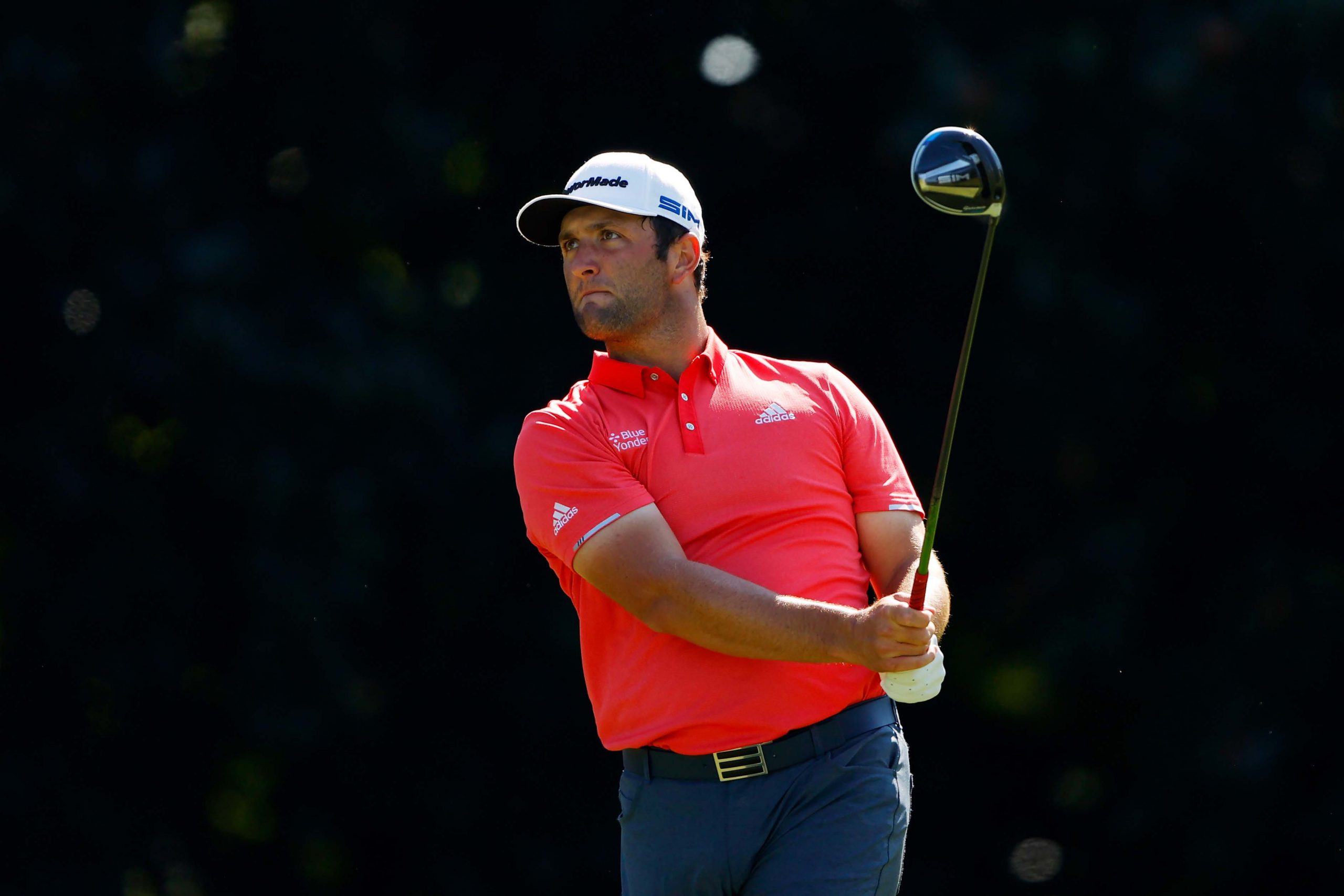 Moreover, Jon Rahm succeeded to hold 27th ranking during his Masters and 4th position during the “Wells Fargo Championship.” He also became “joint runner-up” during the “Dean & DeLuca Invitational.” This helped him to enter the “Top-10” list of the World Rankings. He succeeded to finish in number 10 position during the “Open de France” event after making his debut in the “European Tour” event. The “Dubai Duty-Free Irish Open” was his first victory in the “European Tour.”

The ranking of Jon Rahm was number six during the “FedEx Cup.” Jon succeeded to complete all the “FedEx Cup Playoff” events in the “Top-10” position. He also won the “DP World Tour Championship” in Dubai. It was the final event of the “2017 European Tour” season. Jon even received the “European Tour Rookie of the Year Award” in 2017. He even finished as the “Highest-Ranked Rookie” in the tournament of Dubai. Jon played in a total of four seasons of the “European Tour” events.

Moreover, Jon Rahm became runner-up during the “Sentry Tournament of Champions” in 2018. He also succeeded to win the “CareerBuilder Challenge” during his second “PGA Tour.” This improved his ranking to number two in the world. He maintained a good record than that of Tiger Woods. Jon won four matches in the 38 professional starts.  He also participated in the “Waste Management Phoenix Open.” Jon also won the “Open de Espana” during the “European Tour” in April 2018. He succeeded to qualify for the “2018 Ryder Cup” in September 2018. The team succeeded to win the “Ryder Cup.” He even earned the “Hero World Challenge” tournament on December 2nd, 2018.

Likewise, Jon Rahm succeeded to win the “Zurich Classic of New Orleans” on April 28, 2019. It was during his “PGA Tour” along with Ryan Palmer. He held the number three ranking by the end of the “US Open” on June 16, 2019.  Jon also won the “Dubai Duty-Free Irish Open” on July 7, 2019. He won the “Open de Espana” tournament for the second time on October 6, 2019. Jon also succeeded to win the “Race to Dubai” during the “European Tour” on November 24, 2019.  It was during the “DP World Tour Championship” in Dubai. He received the “European Tour Golfer of the Year” award.

Jon Rahm succeeded to win the “Memorial Tournament” on July 19th, 2020. This victory improved his position to number one in the list of “Official World Golf Ranking.” Jon won the “BMW Championship” on August 30th, 2020. He signed an agreement with the club “Callaway Golf Company” on January 4, 2021.

Who is Jon in a relationship with? 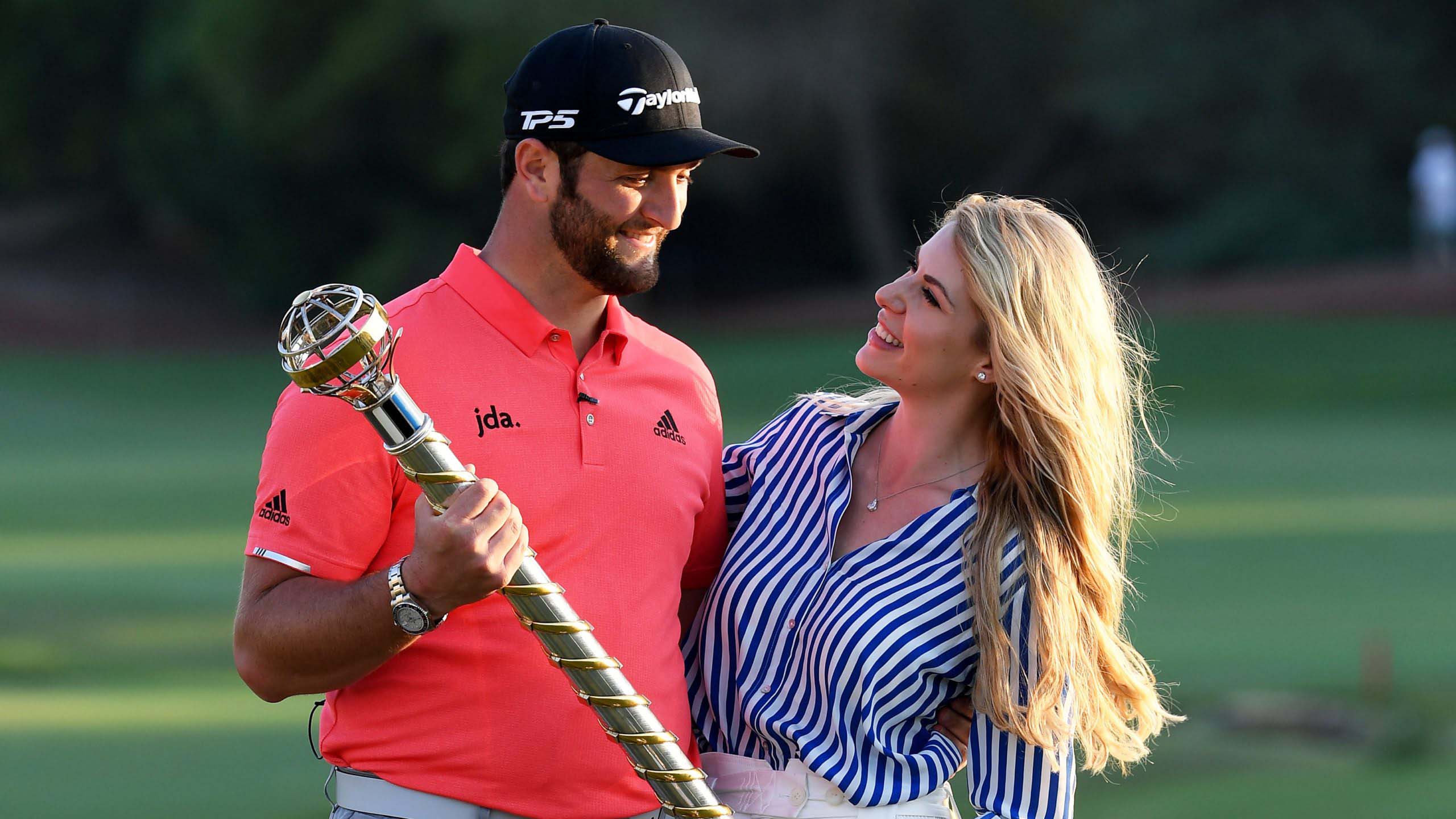 Jon Rahm was in a relationship with his girlfriend Kelley Cahill since the college days at “Arizona State University.” They even started living together. The couple married in late 2019. They share their photos on Instagram time and gain. They look complimentary to each other.

You want to know about Cameron Tringale


Jon Rahm is active on social media platforms. He goes with the name of “Jon Rahm Rodriguez” on Twitter with 125K followers and “@jonrahm” on Instagram with 288K followers. His Facebook page “Jon Rahm” has 55K followers.

What is the net worth of Jon Rahm?