Novak Djokovic is a known tennis pro athlete from Serbia who ranks one of the world’s men single tennis from “Association of Tennis Professional” (ATP). He had set a record of winning the title of “Grand Slam” 17 times in the single category. “Australian Open ” titles for eight times, one “French Open” title, “Wimbledon” title five times, and “US Open” titles for three times are some of is “Grand Slam” success.

Likewise, Novak Djokovic has been victorious in gaining several record-breaking and making experiences. He is also the player to create history by winning the title of “Open Era.” Novak earned the title after winning the “Australian Open” for the three times in a row. It was during the 2011 and 2013 season. No other player has ever gained the title. Similarly, Novak Djokovic had become the third player in the world to win “Grand Slam” titles four times in a single calendar year. 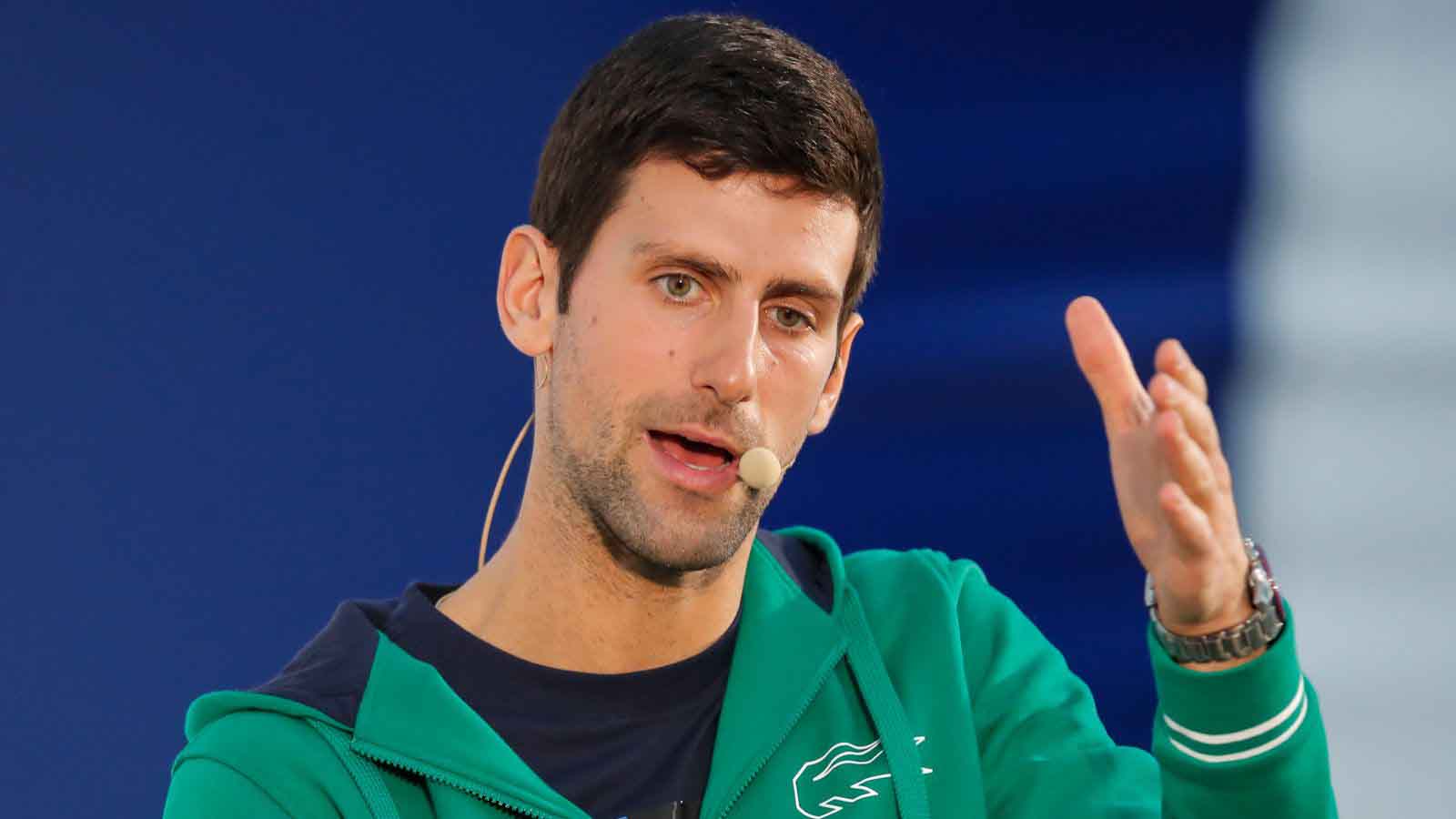 He even broke the “Single Season Record” by winning six titles in 2015. Novak Djokovic won another “Open Era” title for winning the “ATP World Tour Finals” consecutive four intervals. Similarly, he is the only tennis player in the world to win the title of “Career Golden Masters” during the “ATP World Tour Masters 1000.” “Order of Karadorde’s Star,” ” Order of St. the Sava,” and ” Order of the Republika Srpska” are some of the its that he had received for his exceptional career performances.

The birthplace of Novak Djokovic is Belgrade, Socialist Federal Republic of Yugoslavia. His father’s name is Srdan Djokovic. He was excellent in football and was a flier by profession. His mother’s name is Dijana. Nova grew up with his younger brother. His name is Djordje. He is a tennis enthusiast and wants to pursue a career in the same sport.

Novak was only four years old when he started playing tennis. A tennis player and coach, Jelena Gencic from Serbia, saw Novak in the fast-food of his parents’ joint at Mount Kopaonik in 1993. The excellent performance of Novak at a young age made her astonished. Then, she started coaching Novak. The training went for about six years till 1999. But Jelena knew that Novak had to cover all long distance in the sports. Hence to increase his performance, she arranged another coach for him.

Jelena arranged the training of Novak with tennis player Nikola Pilic from Croatia. Then, Novak moved to “Pilic Tennis Academy” for further training under Nikola in September 1999. The tennis academy is in OberschleiBheim, Germany. He was only twelve years old during the time. Nikola received training for four years there.

Then, Novak participated in his first international match in 2001. And the winning journey started. Novak Djokovic bagged the titles of the “European Championship.” It was for both of the categories of singles and doubles. He was only fourteen years old. The same year, Novak Djokovic became part of a team representing the “Federal Republic of Yugoslavia” for the “Junior Davis Cup” in 2001. The team succeeded in reaching the finals. But Novak lost in the singles category.

Similarly, Novak Djokovic had an appreciable junior record. He held the record of winning 40 matches out of 51 games in singles and 23 out of 28 games in doubles. Novak was not competent enough at that time to win the “Grand Slam” titles. He got the 24 rankings in the juniors in February 2004. 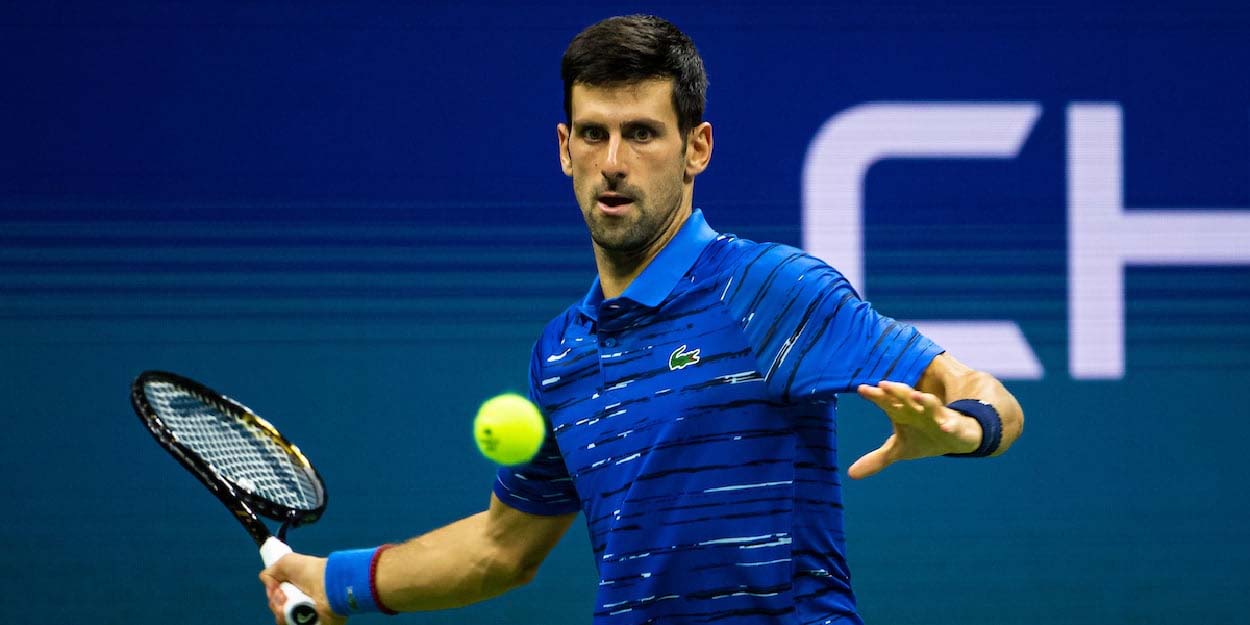 Novak completed his academic career from a high school in Belgrade. He shared in an interview that he never joined university. It seems like the focus on his job made him difficult to gain an education. He also shared that it was his wish to go to university. Novak enjoys the idea of educating oneself and being part of a student circle. He knows the value of education. That seems to be the reason why Novak had founded the “Novak Djokovic Foundation” to help underprivileged children of Serbia to help them gain knowledge.

Novak started his professional career in 2003. He began by playing for titles like “Futures” and “ATP Challenge Series.” Novak succeeded in winning the three titles of the tournaments in the first three years of his career. These open the doors for Novak to participate in the “Australian Open.” This game was his first “Grand Slam” tournament. But things didn’t go his way at first. The title winner of that year, Marat Safin, had defeated him in th first round of the tournament.

Likewise, Novak started venturing into the business world in 2005. His family started the business the “Family Sport.” His uncle and father are responsible for taking the business ahead. The company took a great leap when it purchased the tournament “Dutch Open.” The prestigious game of “ATP” in Serbia is called “Serbia Open.”It was in 2009. Then, Novak Djokovic started taking more training from different coaches. The former tennis player Marian Vajda from Slovak began training him in 2006. Then, the number one player in the world, Borris Becker from Germany, became his head coach, the first-grade athlete.

The “Olympic Committee of Serbia” gave him the title of “Best Athlete” and honored him with the “Golden Badge” in the same year. This honor resulted from his victory over the world’s number one player Roger Federer, number two Rafael Nadal, and number three Andy Roddick. This victory won him the title of “Roger Cup” in 2007. 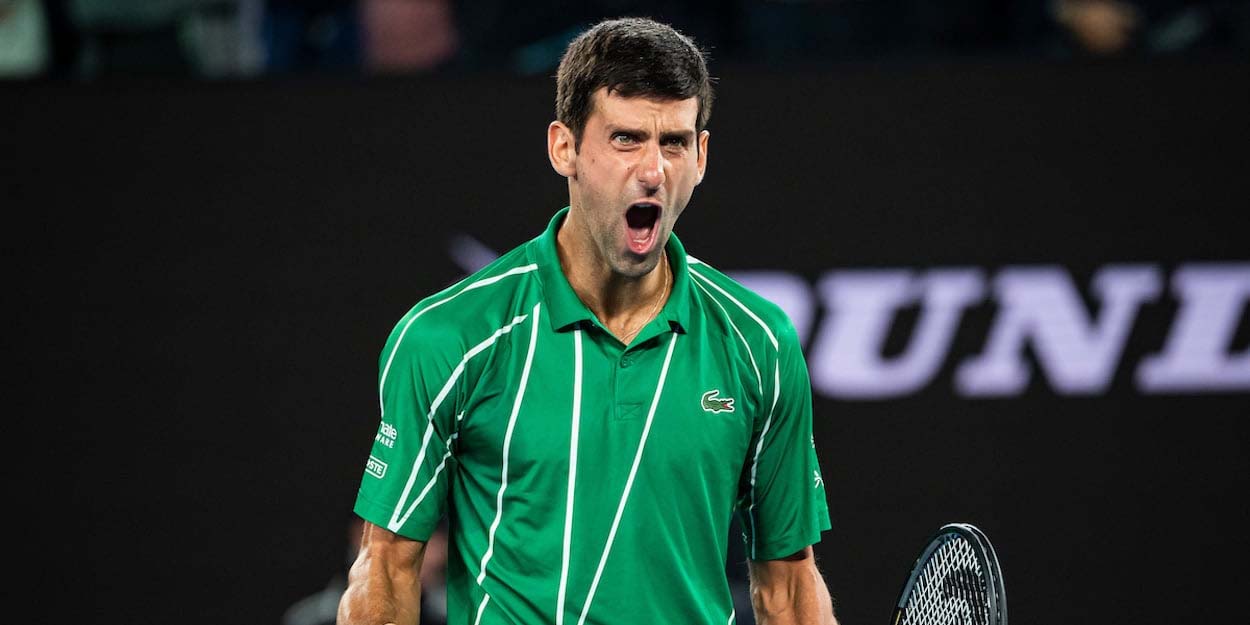 Novak started dating Jelena Ristic in 2005. They met each other in high school. They did her engagement in September 2013. They both performed the marriage ceremony on 10th July 2014. It was in a hotel resort, “Svet Stefan” in Montenegro. They remarried in the “Church of Saint Stephen” on 12th July 2014. They welcomed their baby boy in the same year on 21st October.

Novak has been part of tennis for more than 28 years. He has excellently paved his career. Novak has a sports company and has been enduring several brands. According to the celebritynetworth.net, he has an approximate net worth of $220 million.

The nationality of Novak is Serbian. His current age is 33 years. He belongs to Serbian ethnicity.  He has na attractive height of 6 feet 2 inches with a complimentary weight of 80 kg.