Thibaut Courtois is a professional footballer from Belgium. He was part of the club “Real Madrid” and the national team of Belgium. Thibaut was active from the position of goalkeeper. Thibaut completed his youth system at the age of eighteen from the “Koninklijke Racing Club Genk.” He played a significant role to make the team win the “Belgian Pro League”. Thibaut started his professional football career at the club “Chelsea” in 2011 which was a deal of £8 million. 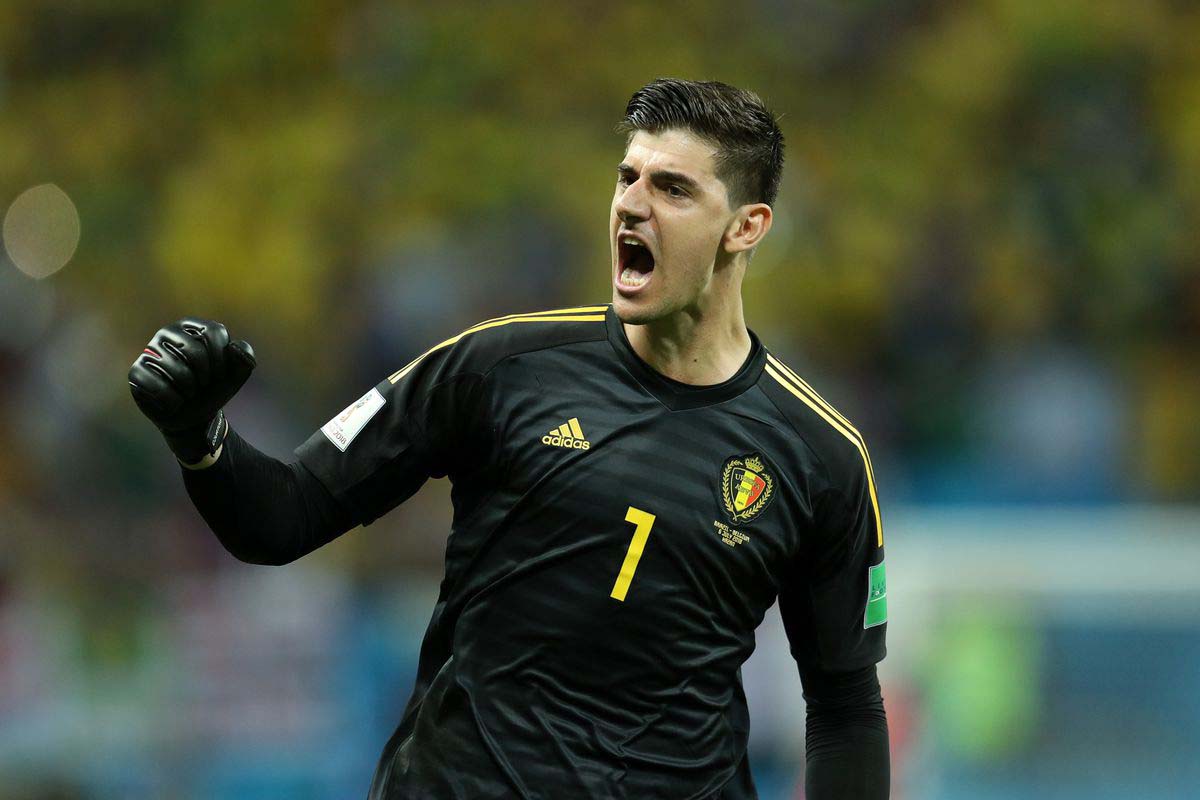 Then, the club transferred him to the club “Atletico Madrid” on loan. The team succeeded to win the “Europa League” in 2012, the “Copa del Rey” in 2013, and the “La Liga” in 2014. Thibaut also received the “Ricardo Zamora Trophy” during the “La Liga” for the “Best Goal Keeper.” He joined the club “Chelsea” again in July 2014. Thibaut succeeded to assist the team, to win the “Premier League” and “League Cup.” Thibaut Courtois also succeeded to win the “Premier League Golden Glove” for making a clean sheet in the Leagues in two seasons.

The club “Real Madrid” signed Thibaut in 2018. It was a deal of £35 million. This made him the “Most Expensive Goal Keeper” in “La Liga.” Thibaut Courtois was also in the team that won the “La Liga” again in 2020. Thibaut had played the international match for the first time in October 2011. He has represented the country in the “FIFA World Cup” two times in 2014 and 2018. He was also on the team to participate in the “UEFA Euro 2016.”

Thibaut succeeded to win the “Golden Glove” for being the “Best Goalkeeper” during the “2018 FIFA World Cup” in which the Belgian team succeeded in securing the third position in the tournament.

The birthplace of Thibaut is Bree, Belgium. He came into the world on May 11, 1992. His father is Walloon. His mother is Flemish. Thibaut started his career at the football club “Bilzen V.V.” Thibaut Courtois used to play from the “Left Back” position. He joined the club “Racing Genk” in 1999. He was seven years old during that time. There he began his journey as a goalkeeper.

There are not many details about his educational life available.

Thibaut began his career as a goalkeeper in the “Genk” on April 17, 2009. He was sixteen years old during that time. It was the match against the team “Gent.” The team succeeded to win the “2010-11 season in the Belgian Pro League.” Thibaut Courtois even earned the “Goalkeeper of the Year Award” and “Genk’s Player of the Year Award.” Thibaut succeeded to save 32 goals in a total of 40 matches played and was also responsible to keep “14 Clean Sheets” for the team. 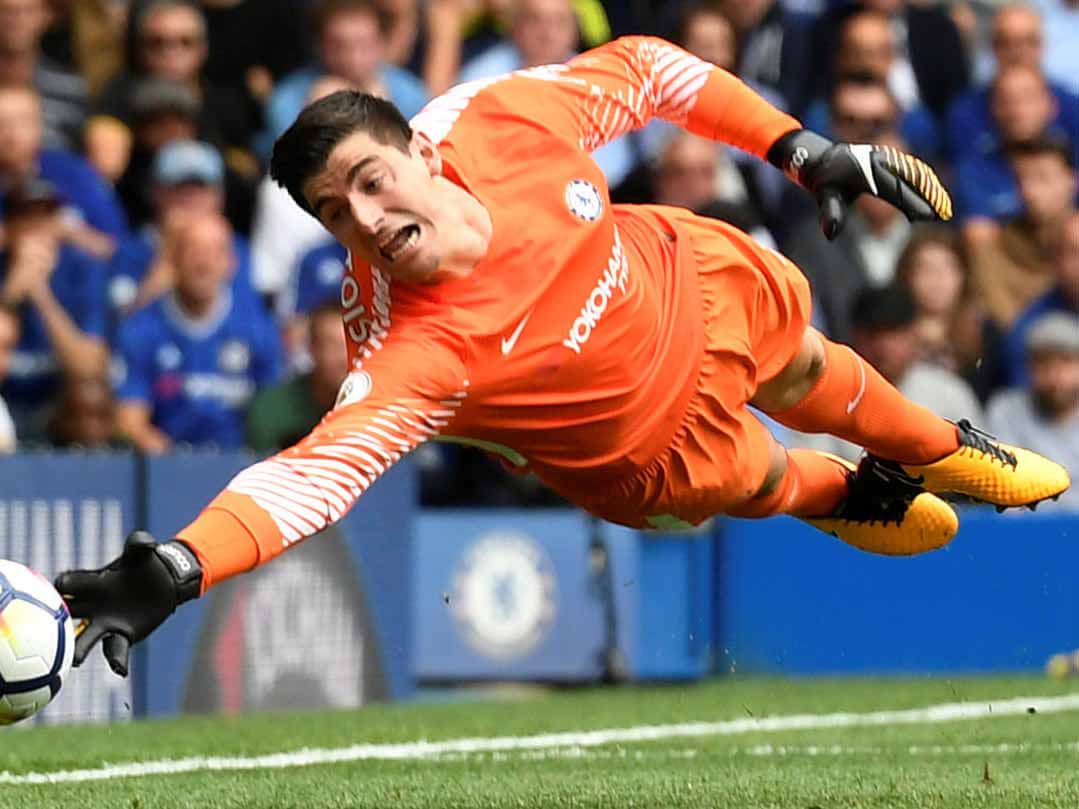 Likewise, he began his career in Chelsea in July 2011. He signed a contract with the club for five years. It was a deal of €9 million. The club sent him to the club “Atletico Madrid” on loan for the whole season. The transfer was made within weeks after joining the club “Chelsea.” Thibaut played in the club wearing the number 13 jersey.

Thibaut Courtois played his first match for the team in the match against the club “Vitoria de Guimaraes.” It was during the “UEFA Europa League” on August 25. He received a red card for the first time in his career on 26Th November 2011. It was for making fouls during the match against “Real Madrid.” The team succeeded to reach the finals of “2012 Europa League.” He was in the club “Atletico Madrid” also for the “2012-2013 season.”

The team also succeeded to win the match against the club “Chelsea” during the “2012 UEFA Super Cup.” The team also reached the finals of “2013 Copa del Rey”. Thibaut became the ” Man of the Match” in the victory match against “Real Sociedad.” The final score of the game was “2-1.” The team succeeded to beat a rival of the same city after 14 years.  He remained in the club for another year. The team succeeded to win the “2013-2014 La Liga.” The club won the title after seventeen years.

Moreover, Thibaut returned to the club “Chelsea” for the “2014-2015 season.” He played the first match for the team against the club “Burnley” during the “Premier League” on August 18. Thibaut Courtois extended his contract with the club on September 11, 2014. The first cup after joining the club was the “League Cup Final” on March 1, 2015. Thibaut suffered from a leg injury during his training on September 11, 2015. This required surgery and eventually kept him three months away from the matches. He won the “Golden Glove” for keeping the 16 “Clean Sheets” during the “2016-2017 Premier League.”

Thibaut won the “Golden Globe” during the “2018 FIFA World Cup.” He decided to join the “Real Madrid” to give time to his family and children. Thibaut officially joined the club “Real Madrid” on August 8, 2018. His first match for the team was against “CD Leganes” on September 1, 2018. The other goalkeeper Keylor Navas is considered good than him comparatively in the sectors like clean sheets, cards, goals saved, penalties, and goals lost. He was in the team of the club “Real Madrid” which succeeded to win the “2019-2020 La Liga.” The same season, he won the third “Zamora Trophy” of his career. 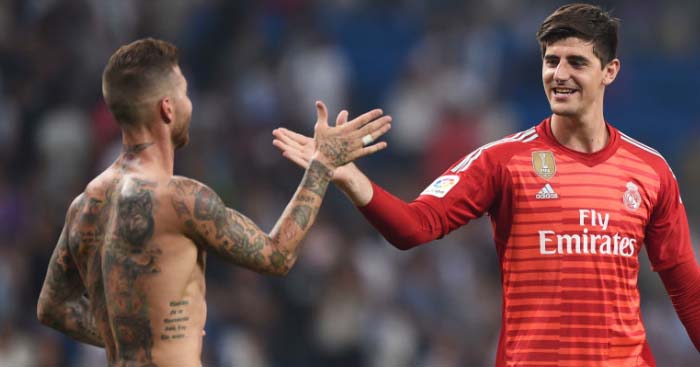 Thibaut Courtois Net Worth and Salary

The exact figures for the net worth of Thibaut are not clear. But according to his achievements, he must have an approximate net worth of more than $10 million. He has an earning of  700k per month which has a value of $8.4 million per year according to his contract with the club. The interesting fact is that he earns a price of $0.27 per second.

The full name of Thibaut is Thibaut Nicolas Marc Courtois. His current age is 28 years. The nationality of Thibaut is Belgian. Thibaut Courtois has an attractive height of 6 feet 7 inches along with a complimentary weight of 96 kgs. Thibaut belongs to the Belgian ethnicity.