Achraf Hakimi is one of those footballers who has taken football as their passion at a young age. Achraf, a professional footballer from Morroco. He represents the “Series A” team of Inter Milan. Achraf is also in the national team of Morroco. He plays in the “Right-Back” or “Left Side as a Winger” in the group.

Passion and dedication are the man’s tools to become successful in life. The more the balance of these elements, the more successful a person will be. These factors are significant even in the case of sports. The life of a sports person spends upon these things. 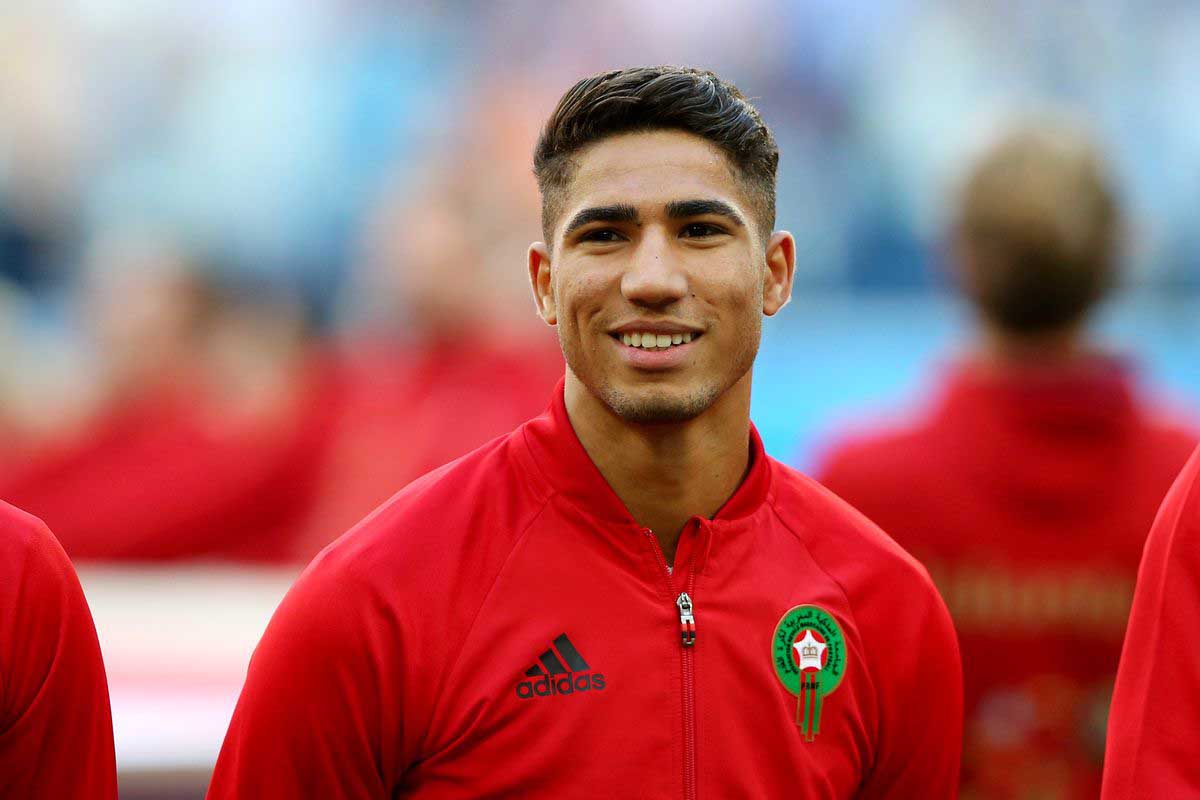 The birthplace of Achrif is Madrid. He came into the world on 4th November 1998 who rose, accompanying his couple of siblings in Getafe. Archie’s brother’s name is Nabil, and his sister’s name is Widad. The economic situation of the family was not intense. His father used to sell items in the street, and his mother used to clean other people’s homes.

This enthusiasm gave hope to his parents, and he didn’t let the hope go in vain. His mother used to dream of Achraf making a career in athletics. Achraf Hakimi was not only active in football but was also involved in most of the sports. Although he was too good in other sports, including swimming, his first love has always been football. His clear mindset of what Achraf wanted helped him to reach his today’s position.

Similarly, he also started taking training from the age of eight. He joined the “CD Colonia Ofigevi” in 2006. It was a football youth set up of “Real Madrid.”

The details of the education of Achraf are not available. Achraf focuses more on his present rather than his past days.

The club career of Achraf began after he became part of the “La Fabrica.” His excellent performance helped him to become part of “The Reserves” in June 2016. He got the chance to become a portion of the “First-Team’s Pre-Season Camp” in the U.S. 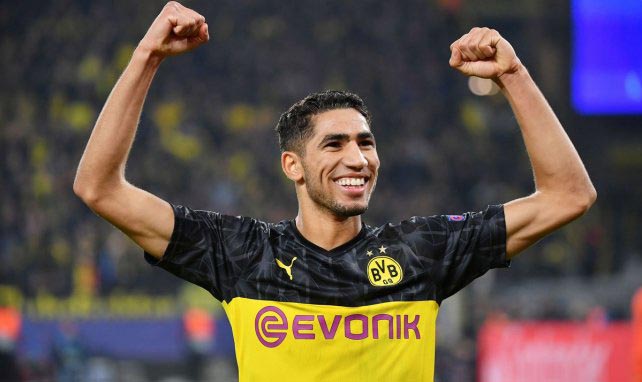 Achraf played his first debut match for “Los Blancos” which was in the “2016 International Champions Cup.” His team lost the game against “Paris Saint-German” with an entire score of 3-1. He made his debut as a senior player on 20th August 2016. His team won the match against “Real Sociedad B” with a score of 3-2.

Likewise, Achraf Hakimi succeeded to score his first goal in a match against “CF Fuenlabrada” on 25th September 2016. The game ended with a tie. Achraf entered the main squad on 19th August 2017. He played the “La Liga” for the primary time on 1st October.

His team won the match against “RCD Espanyol” with a score of “2-0.” He opened his account of goal in “La-Liga” on 9th December 2017. It was the match against Sevilla with a total score of “5-0.” Achraf Hakimi was part of Real Madrid’s team that won the title of “2017-2018 UEFA Champions League.” He also got a medal for his contributions as the leading Moroccan player to win the championship. FC Bayern Munich survived till the semi-final stage of the tournament.

Moreover, Achraf signed a contract with “Borussia Dortmund” on 11th July 2018. It was due to a two years loan deal. Achraf Hakimi opened the account of goals for the team and “Bundesliga” for the first time on 27th September 2018. It was the match against “1.FC Nurnberg” with a victory of 7-0.

He even succeeded in making a speed record in the “Bundesliga.” It was in the match against “1. FC Union Berlin.” He broke his old record of 36.2 km/h by achieving a speed of 36.5 km/h in the match. Achraf even succeeded in scoring a goal in a game against “SC Paderborn” on May 31st, 2020. His team won the game with a total score of “6-1.” Achraf Hakimi, along with his team member Jadon Sancho revealed the shirt after winning the match. Their inner shirt had the slogan of “Justice for George Floyd.” He signed the team “Inter Milan” with a five-year contract on 2nd July 2020. It was a deal of €40 million.

Achraf married Hiba About. Hiba is a Spanish actress. They welcomed their son in 2020. He recently created news by becoming COVID-19 positive on 21st October 2020. It got observed that it was an error on 23rd October 2020. 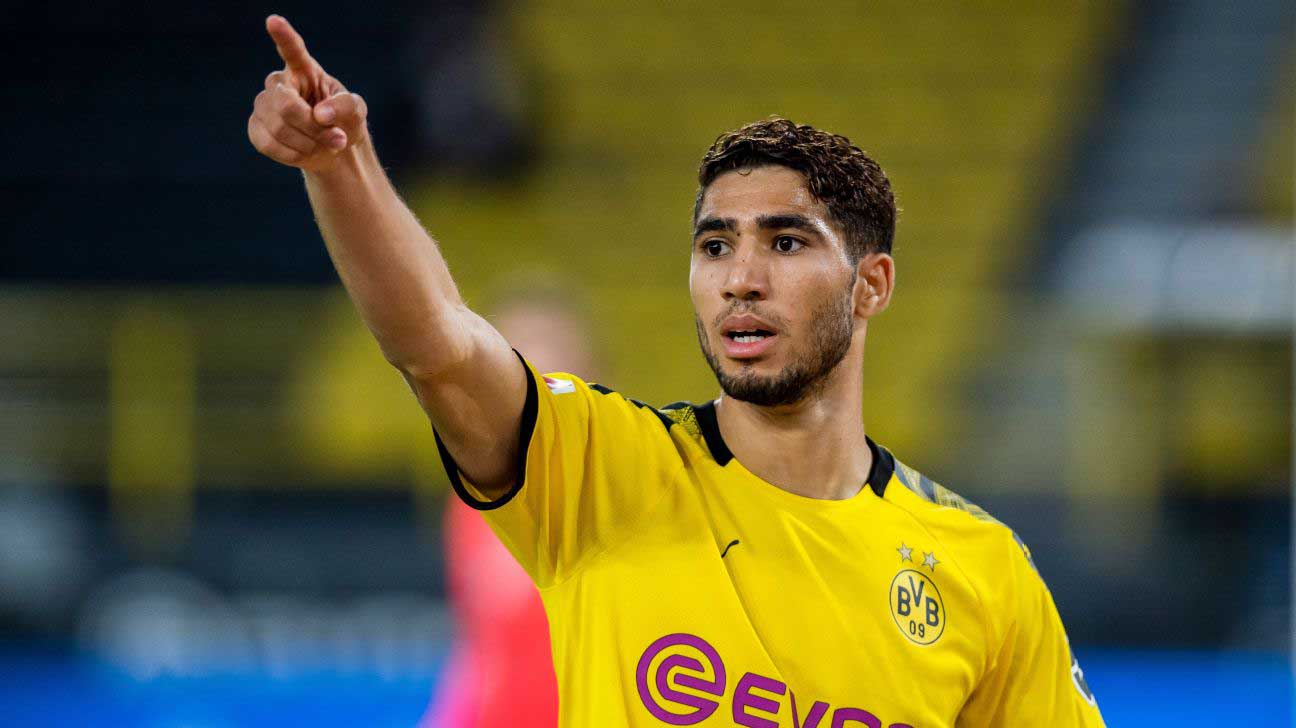 There are not many details about the net worth of Achraf Hakimi available; according to the recent deal of Achraf, he must have a net worth of €5-€10 million.

The full name of Achraf is Achraf Hakimi Mouh. His nationality is Morrocan. Achraf Hakimi has a charming height of 5 feet 11 inches with a complimentary weight of 73 kgs. The current age of Achrf is 22 years. He belongs to both Moroccan and Madridista ethnicity.