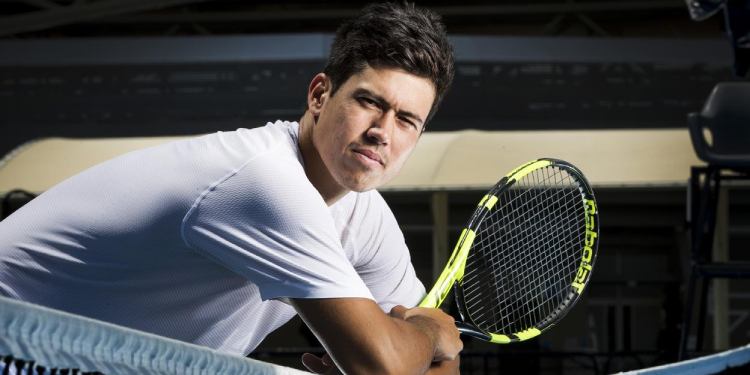 Jason Kubler is a professional right-handed tennis player, and he is from Australia. His current/highest rank in singles is 182. / 91. and in doubles is 385. / 255. He is a former world number one junior and was known as a right-handed version of Rafael Nadal.

John and Lyn Kubler are his parents. He also has an older brother and a younger sister in his family.

Unfortunately, Jason lost his father to cancer when he was just eight years old. However, his mother is originally from the Philippines, and his father was Australian.

Also, behind his achievements until now, there could be his parents, who’ve always given him their all to see him embrace his success.

It was father John who inspired him to play tennis because his father was a former tennis player. Hence, Jason began playing tennis at the age of five.

Jason Kubler joined Rafael Nadal as the only player in history to go unbeaten in the World Youth and Junior Davis Cups in 2009. After winning the Junior Davis Cup, he won five titles in succession, propelling him to the World’s No. 3 junior ranking.

Later, Jason added one more junior title and acquired the merged No.1 world ranking with a win-loss record of 67–17 in singles and 40–19 in doubles in May 2010.

In September 2008, his professional career began after debuting at the Australia F7 Futures event in Gympie while vying on the ITF Junior circuit.

Jason was handed wildcards into the Brisbane International and Sydney International qualifying draws to start 2010 due to his ongoing success on the junior circuit.

Despite losing in the first round of qualification in Brisbane and Sydney, he had another wildcard to compete in the 2010 Australian Open, making his ATP and Grand Slam debut.

In March of 2011, he voyaged to Spain for three Futures events, winning only one main draw event. After retiring from the junior game, he began 2012 by competing in four Futures tournaments in Florida, skipping the Australian summer.

Jason competed in Futures tournaments in the USA, Spain, UK, Australia, Italy, and Egypt in 2013, but only on clay because of ongoing knee difficulties. He won three Futures tournaments this year, although his overall ranking dropped to 397 after the year.

However, 2015-16 were his rough years because he went through a knee injury and had 6 operations which made him out for the rest of 2016. Therefore, Jason ended the year ranked outside the world’s top 1000.

In March 2017, he returned to professional tennis at the Canberra ITF Futures tournaments.

He began his 2018 campaign at the Playford Challenger in South Australia, where he triumphed after qualifying. That win helped him climb into the world’s top 250 for the first time since 2015.

In July 2019, Jason made consecutive finals on the Challenger tour in Winnetka and Gatineau. Nevertheless, he failed to top-seeded American Bradley Klahn in the Winnetka final but reflected on winning the Gatineau tournament without dropping a set.

The outcome aided him back inside the top 200 at 189 in the ATP rankings. In 2020, Jason competed in three Challenger events before the COVID-19 outbreak suspended tour until July.

He went to the final of the President’s Cup (tennis) in July 2021 but withdrew in the final, winning the Lexington Challenger for the first time since July 2019.

Jason became infected with COVID-19 in August. However, that year he was ranked 206th in the world.

Nevertheless, Jason advanced to the second round of men’s singles qualification for the 2022 Australian Open. Then, as a wildcard partnership with Christopher O’Connell, he progressed to the third round of doubles but retired from the match.

In the same tournament, he and Jaimee Fourlis made it into the final of the mixed doubles event as wildcards, but fifth seeds Kristina Mladenovic and Ivan Dodig defeated them.

Jason is having an affair with Maddison Inglis, an Australian professional tennis player.

They appear to be the happiest pair on the planet, and they may be able to help each other progress in their careers. But, of course, they could also be in training together.

His exact earnings are currently unknown to us. Jason may not want to make it public and prefers to keep it to himself.

According to our calculations, he may have a net worth of $5 million. But, at the same time, he’s a good athlete and might be making a decent life.

However, his target audience will know his income if he does make it public in the future.

Likewise, he goes by Jason Torres Kubler on Facebook. Follow him on both to keep up with his life and game updates.