Nikki Cross is a professional wrestler from Scotland. “Scottish Wrestling Entertainment,” ” Shimmer Women Athlete,” “Pro-Wrestling: Eve,” and ” Insane Championship Wrestling” are some of her previous work before “WWE.” She also succeeded in winning the “Women’s Tag Team Championship” in WWE with Alexa Bliss. The duo created history by winning the title two times.

The birthplace of Nikki is Glasgow, Scotland. She spent her childhood there. We cannot find other details concerning Nikki teens and family members available. 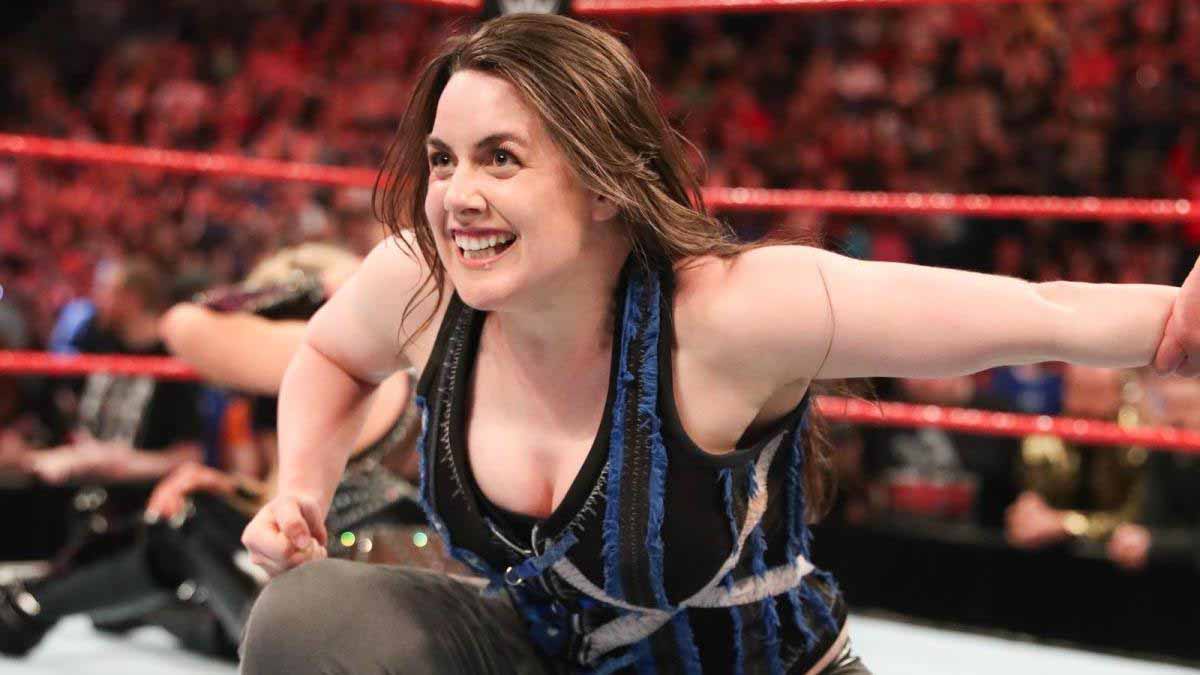 Nikki completed his graduation in history from the “University of Glasgow.” She shared in a recent interview that she has enrolled in a Masters’s program in College in Florida. Nikki has also applied for a course at the “Edinburgh University” in Scotland.

Nikki started getting practice in the “Scottish Wrestling Alliance” in September 2008. She fought her debut match simultaneously with the name “Nikki Storm,” and Nikki started playing in the “British Independent Circuit” in February 2010. Nikki Cross began doing promotions for the tournaments like “Pro-Wrestling: EVE” and “Insane Championship Wrestling” (ICW). Nikki even won the title of “Pro-Wrestling: EVE Championship” for three times.

Nikki started her tour in “JWP Joshi Puroresu” in Japan in 2013. She also became part of the “World Wonder Ring Stardom” throughout the summer of 2015. “Women Superstars Uncensored,” ” Shimmer Women Athletes,” and “Shine Wrestling” were some of her promotional tournaments in 2013. Nikki Cross is a part of the “World Xtreme Wrestling,” “Absolute Intense Wrestling” (AIW), “Queens of Combat,” ” World Wide Wrestling League” (W3L), and “Global Force Wrestling” (GFW).

Moreover, Nikki was also part of the “British Boot Camp 2.” It was “Total Nonstop Action Wrestling” (TNA). She was not successful in the championship. It broadcasted in October 2014. Nikki Cross entered “WWE” as a tryout in London while the fall of 2015 and got the opportunity to get training in the “WWE Performance Center” in Orlando, Florida, in April 2016. 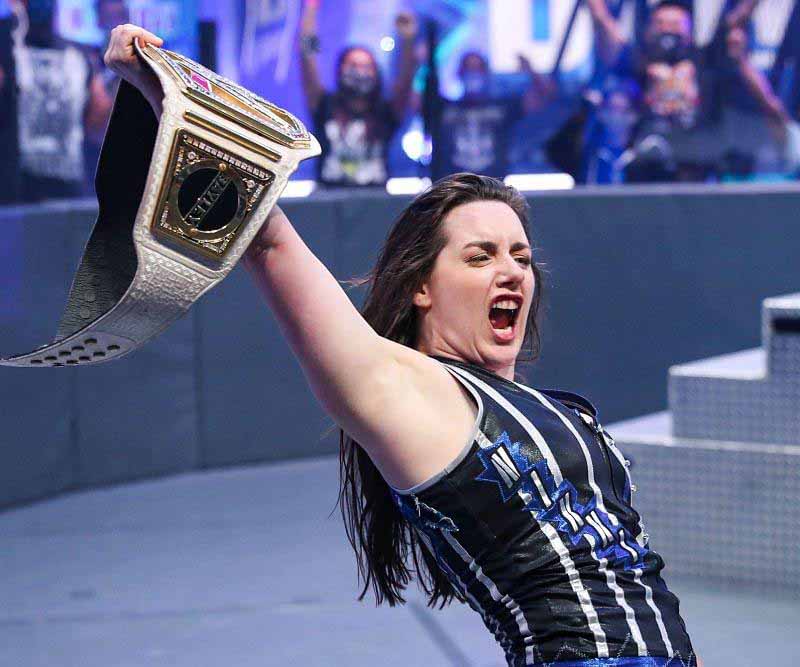 Similarly, Nikki started her “NXT” journey on 22nd April. She appeared for the first time on the episode of “NXT” on August 17. Her stage name was “Nikki Glencross.” Nikki Cross participated in the “Six-Woman Tag Team” Match and teamed up with Liv Morgan and Carmella. The trio defeated Alexa Bliss, Daria Berenato, and Mandy Rose.

Moreover, Nikki was also part of the “Dusty Rhodes Tag Team Classic.” Nikki and Kay, and Royce got placed in “NXT TakeOver: San Antonio” on January 28, 2017. Nikki Cross failed to win in the “Last Woman Standing Match” for the title of “NXT Women’s Championship” on June 28, 2019. She won the “NXT Tag Team Championship” along with Sanity. She even booked her spot for the “NXT TakeOver: War Games” on November 18. Although Nikki Cross lost the tournament, she failed to lose the match against Bianca Blair in the final game of “NXT” on January 9, 2019.

Nikki did a surprise debut in the main rosters of “SmackDown” on November 6, 2018. She succeeded in placing herself in the list of “Six NXT Wrestlers shifted to Main Roster” on December 17, 2018. Similarly, Niki debuted in “Raw,” along with Natalya and Bayley.

The IIconics eliminated Nikki in the “Royal Rumble” match. The Boss ‘n’ Hug Connection defeated Nikki and Alicia Fox on the 4th February episode of “Raw.” Nikki Cross also participated in the “NXT UK Women’s Championship” in a triplet match on “World Collide” on April 8, 2018.

She teamed up with Alexa Bliss for the title of “WWE Women’s Tag Team Championship” in “Raw”  on June 17, 2019. They lost the match due to the distraction created by Bayley. She won a non-title game against Bayley after two days. This title opened the door for Alexa to participate in the “Extreme Rules.” Alexa Bliss and Nikki succeeded in winning the title of “WWE Women’s Tag Team Championship” on 5th August 2019. They ruled with the title for 62 days. The Kabuki Warriors won their title in the “Hell in a Cell” match.

Moreover, the duo went to “Raw” as individuals during the “2019 WWE Draft.” As the team drafted to “SmackDown.” Nikki Cross won the title of “SmackDown Women’s Championship” and was the first wrestler to eliminate during the “Survivor Series.” Nikki and Alexa’s duo succeeded in winning the title of “WWE Women’s Tag Team Championship” in “WrestleMania 36.” They created history by winning the title for the second time. She joined “Raw” after the “2020 Draft” in October 2020.

Wrestling succeeded in giving her the right life partner. She was in a relationship with WWE wrestler Killian Dain since 2008 and converted their 11 years long relationships into marriage in 2019. 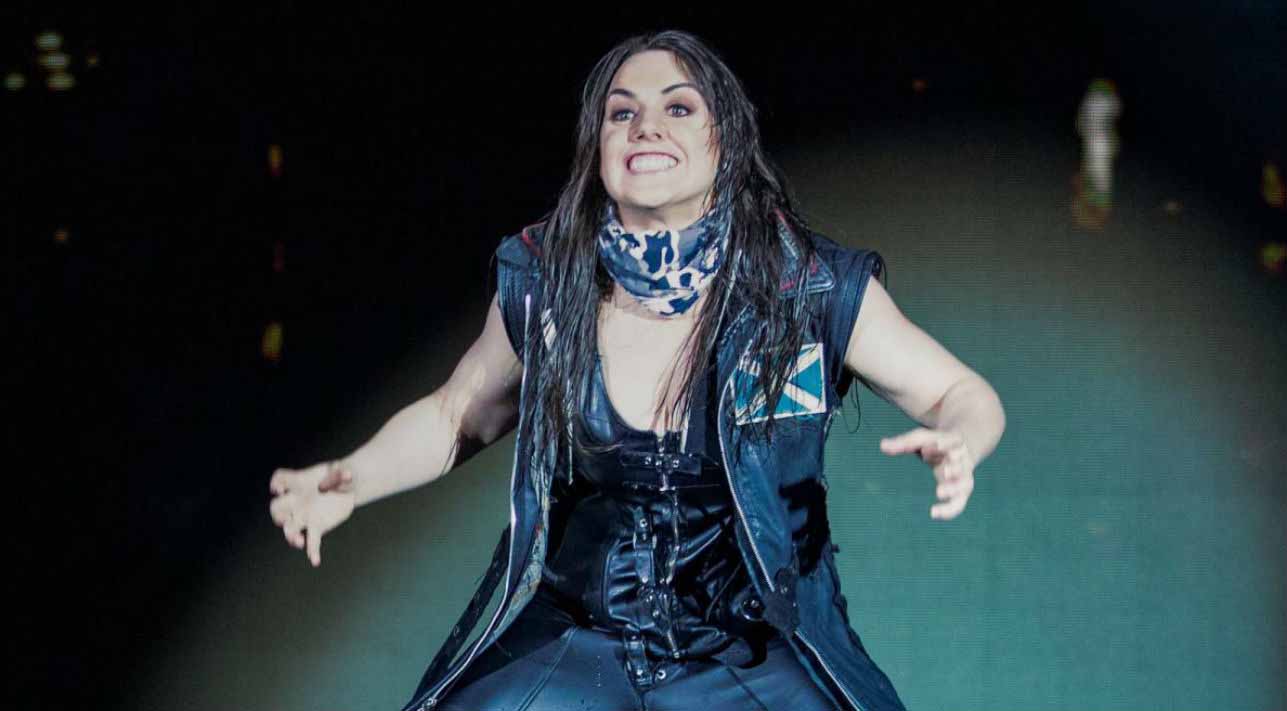 Although they suffer a lot due to their profession, they managed to spare some time for a short meet. It is even challenging for both to spend time with each other for six days sometimes. But it was their understanding of their business that is helping them to go ahead. Through their leisure time, they prefer to live the moment with each other watching old movies.

Nikki Cross has been part of the wrestling for more than ten years. According to the networthlist.org, she has an approximate net worth of $75 million.

The real name of Nikki is Nicola Glencross. Her nationality is Scottish, and her current age is 31. She belongs to white ethnicity and has a short height of 5 feet with a complimentary weight of 53 kgs.