John Stockton is a former basketball player from America. During his career from 1984 to 2003, he played as a point guard for Utah Jazz. He is rated as one of the most excellent point guards to grace the game.

From 1984 to 2003, John Stockton has made 1,504 game appearances and has started in 1,300 appearances. He has also entitled the record for maximum assists and steals in NBA. In October 2020, LeBron James passed his record of assists in playoffs. 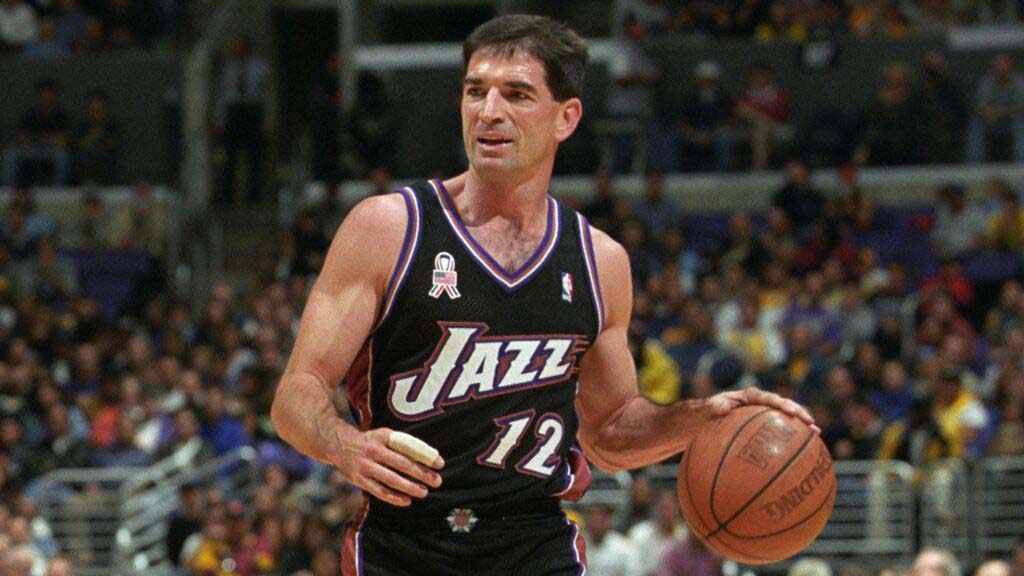 He was born to Clementine Frei and Jack Stockton on 26th March 1962 in Spokane, Washington. He started playing basketball from a young age and had participated in local tournaments. He was also part of his high school basketball team during high school.

John Stockton completed his high school studies from Gonzaga Prep, graduating in 1980. He broke the city’s record for most points scored in a single Basketball season before his high school graduation.

He got offered to play basketball for Idaho by Don Monson and Montana by Mike Montgomery. Still, he decided to stay in Spokane and played for Gonzaga Bulldogs at Gonzaga University. During his years at Gonzaga, he averaged 20.9 points per game and even led the West Coast Athletic Conference team. He was also the first player from Gonzaga to earn the title of WCAC Player of the Year. John Stockton was also one of the 74 college seniors to be invited to the Olympic tryouts in 1984. Even though he made in the final twenty, he could not make it in the last sixteen.

He was selected by Utah Jazz in the NBA draft of 1984. He started his career with Utah Jazz in the 1987-88 season, a point guard. He played his first All-Star game in the 1988-89 season and even led the NBA stat of most assists per game for nine consecutive years. John Stockton made a franchise record of 28 assists in a 124-102 win against San Antonio Spurs in January 1991. 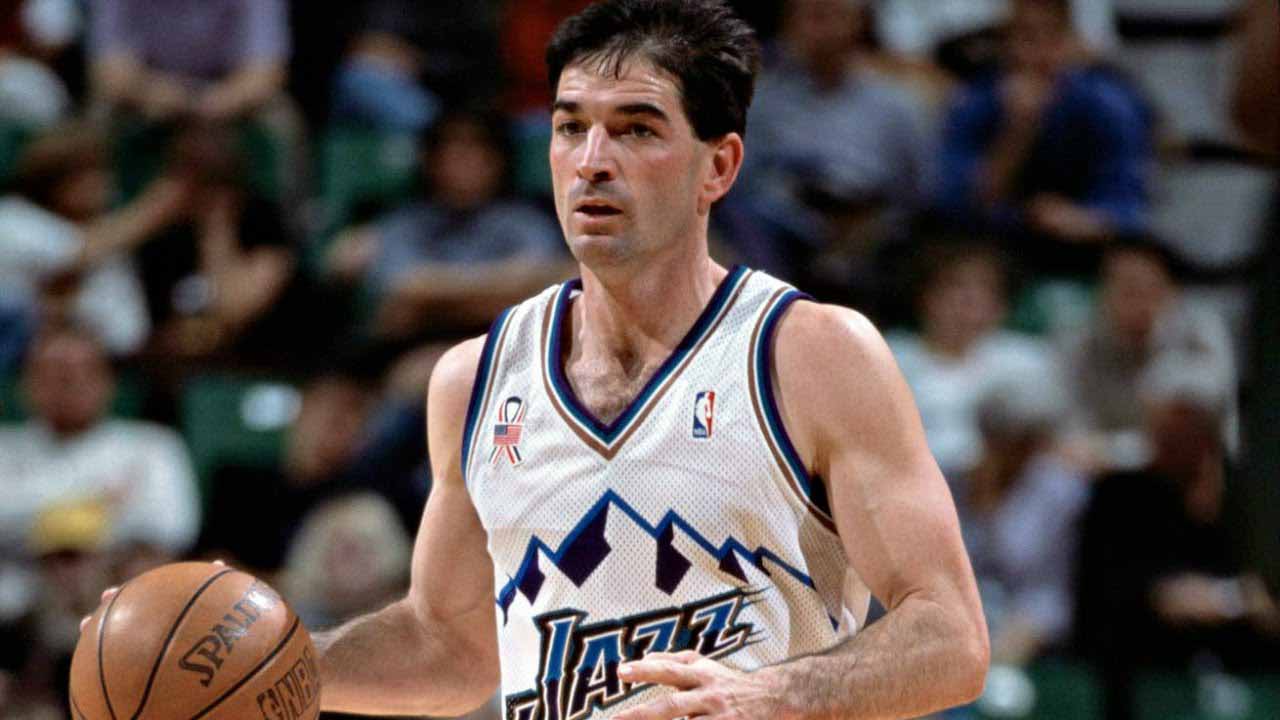 In 1992, Utah Jazz reached a Western Conference Finals for the first time in history but later defeated by Portland Trail Blazers. He also got named the co-Most Valuable Player in the All-Star game of 1993 and Karl Malone. The team reached another Western Conference finals in 1994 and once more in 1996 but lost both of them against Houston Rockets and Seattle SuperSonics.

Along with Karl Malone, John Stockton led Utah Jazz to two back-to-back NBA finals in 1997 and 1998. In both the finals, the team was beaten by Michael Jordan led Chicago Bulls. During his 19 years career with the Utah Jazz, he has played every playoff in the NBA. He has missed just twenty-two games in his career, mostly due to a knee injury. He had also earned the old school tag for his playing style.

Even though several other teams offered him more money, John Stockton chose to stay loyal to Jazz and spent his whole NBA career with the team. His duo with Malone got considered to be the most excellent pick-and-roll combination of all time. The pair has never won an NBA championship.

He was also added to the Dream Team of the 1992 Olympics along with other NBA stars. He had also played for the US Men’s Olympic team in 1996. In both Olympics, he has won gold medals. He retired from the game in 2003. He also gained a gold medal in the FIBA Americas Championships in 1992.

After his retirement, John Stockton started coaching young players in his hometown. He was also invited by Jazz to train Deron Williams and Trey Burke. John Stockton has also delivered his biography, “Assisted” in 2013. In 2015, he got operated as a vice coach for Montana State University women’s basketball programs. 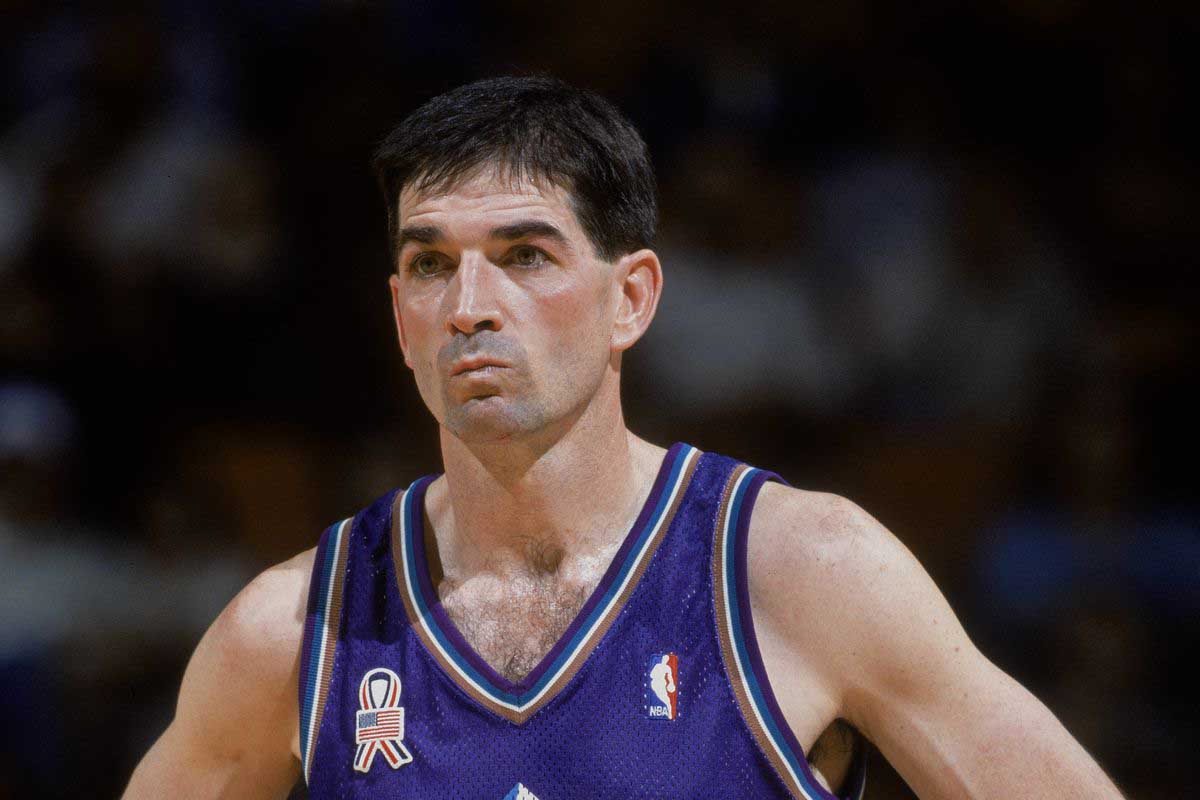 He is married to Nada Stepovich since 198 and has six children together. He is a devout Roman Catholic. His brother and nephews also play college basketball.

He is 1.85 meters or six feet and an inch in height and weighs seventy-seven kilograms.

He is not active in social media.

According to celebritynetworth.com, he has an estimated net worth of $40 million.