Magic Johnson, who is considered one of the best point guards of all time, is an American basketball player who played for the Lakers for thirteen seasons. He played from 1979 to 1991, in 1996 and from 1999 to 2000. Magic Johnson was the prime overall best in 1979 and was picked by the  LA Lakers and enlisted in the Basketball Hall of Fame in 2002. During his career, Larry Bird was his biggest rival. After his NBA career, he became an entrepreneur.

You will know that the career and struggle of Magic Johnson weren’t easy as we can get all the information about his history in the below article. 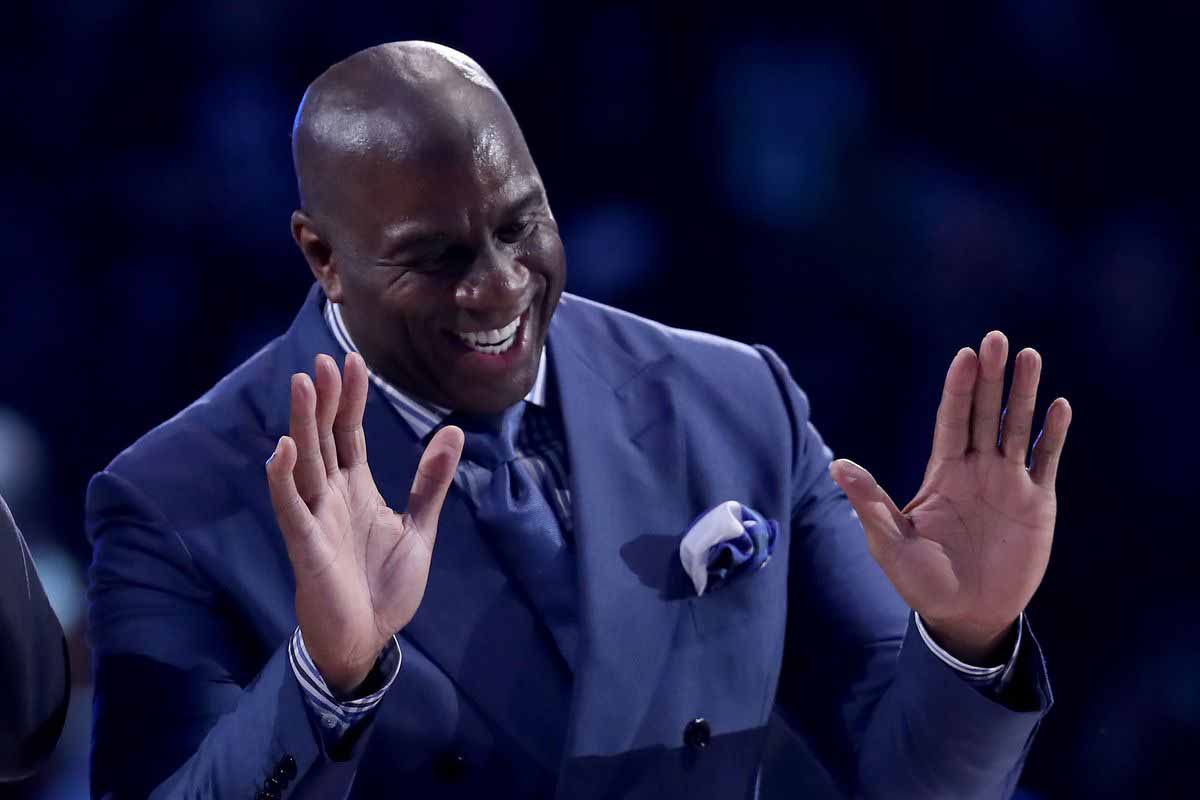 Magic Johnson’s real name is Earvin Johnson Jr. He was born to Earvin Sr. and Christine. He has six siblings. Magic loved playing basketball ever since he was a kid, and as he grew up, he practiced all day. Bill Russell was his favorite basketball player. He went to Everett High School. Johnson faced several racist remarks during his high school years, and stones got thrown at the buses’ windows that carried black students. He got his nickname after dropping a triple-double for his high school when he was 15 years old. Magic Johnson got rated as the most outstanding high school athlete from Michigan.

In 1979, he was the first draft choice and got picked by the LA Lakers. He was amazed by the idea of playing with Kareem Abdul-Jabbar; he averaged 18 points with 7.7 rebounds and 7.3 assists in his rookie season and the first rookie player that won the NBA Finals MVP award. 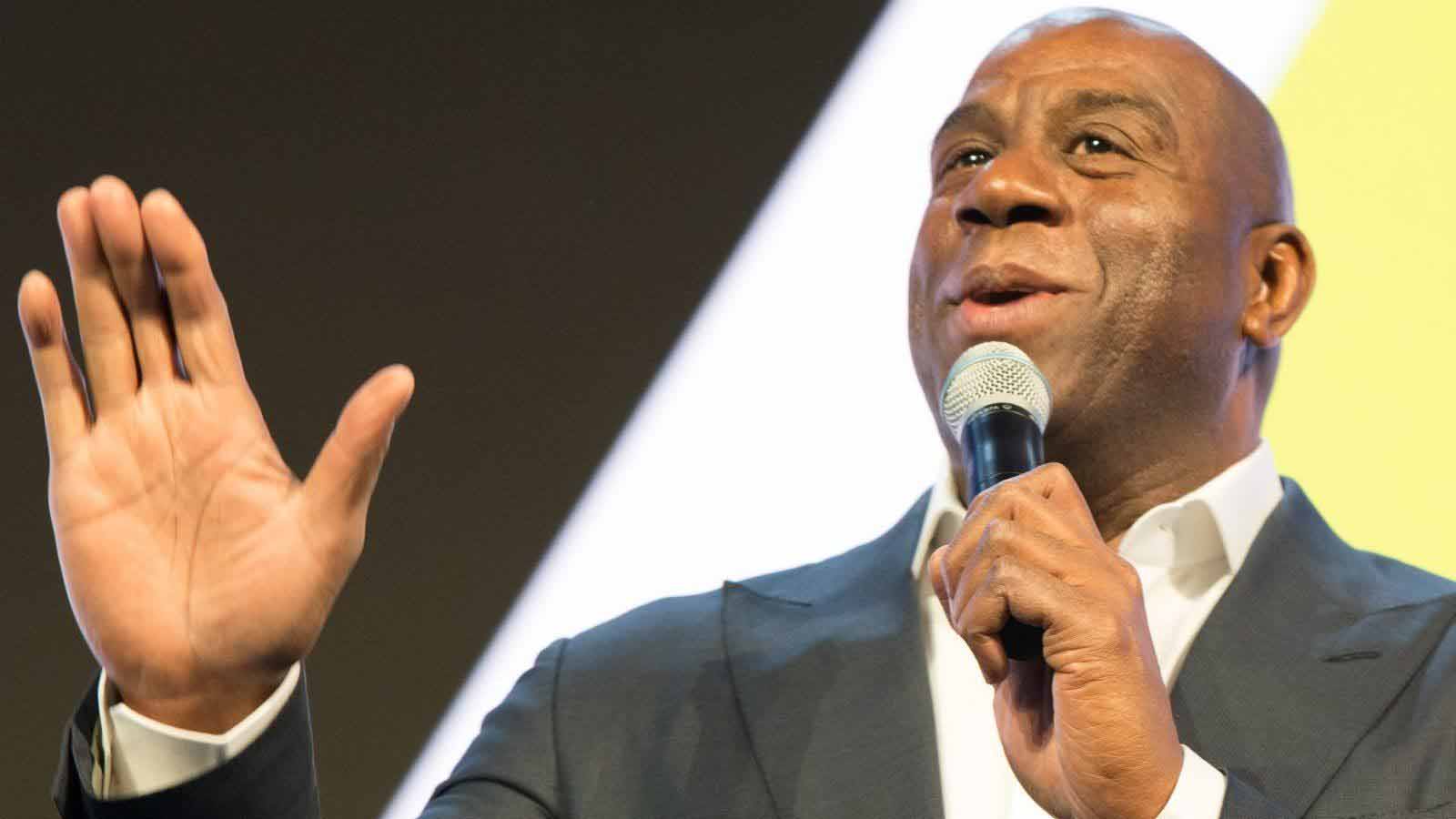 His performance in the match against the Philadelphia 76ers has considered one of the greatest clutches plays to this date. He later went on to sign a 25-year contract with the Lakers. The contract was worth US$ 25 million. Johnson missed 45 games in the 80-81 season after he suffered from an injury. His contract is equivalent to US$ 70,000,000 in 2020. He averaged 16.8 points with 8.6 rebounds and 10.5 assists in the 82-83 season. He earned an All-NBA First Team Nomination for the first time in this season. He averaged 23.9 points in the 87-88 season, and with it, he averaged 12.2 assists with 6.3 rebounds.

With it, he got his first MVP award in a regular season. Johnson retired after he announced that he was tested positive for HIV in November of 1991. Following his resignation, Magic Johnson made a book about safe sex, and he also worked as a commentator. Johnson made his NBA return as a coach for the Lakers. In January of 1996, he returned as an NBA player and played against the Golden State Warriors. The match ended in a 128-118 victory. The February of that year was a fruitful one as he bagged his first triple-double and scored 15 points with 14 assists and ten rebounds. It was his last season, and he retired permanently.

Magic Johnson had his first son in 1981 with Melissa Mitchell. He was named Andre Johnson. Cookie Johnson and Magic Johnson married in 1991. They have a son named Earvin III. They adopted their daughter, Elisa, in 1995. 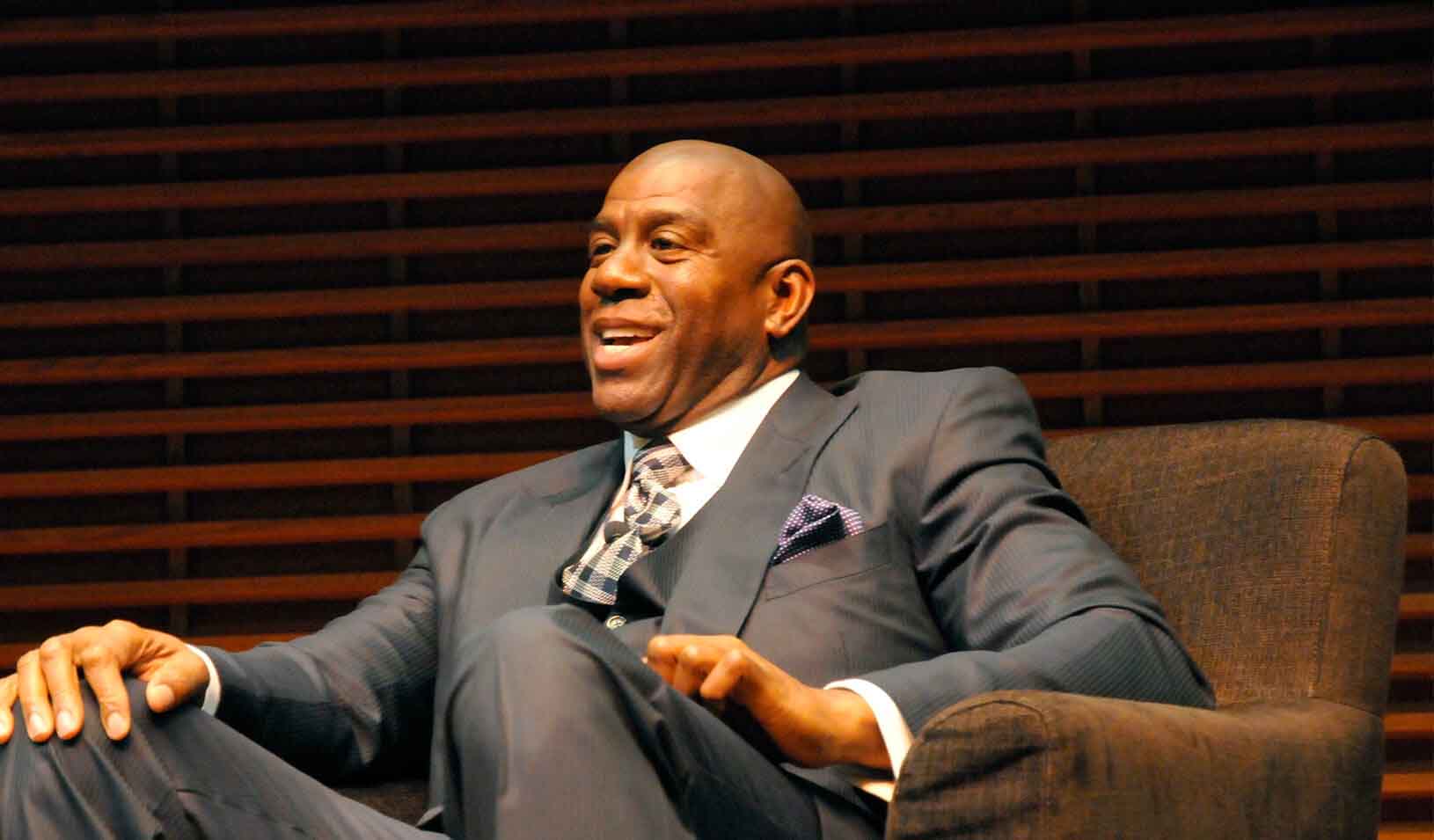 Magic Johnson’s net worth is estimated to be around US$ 650 million. He made a massive portion of his money from his NBA career. Magic Johnson Enterprise, his company, has an enormous net worth of US$ 1 billion.