Kevin Owen’s real name is Kevin Steen born on 7th May of 1984. His nationality is Canadian as he was born and raised in the Quebec province in Canada by his parents Terry Steen (father) and Suzanne Steen (mother). He also has a brother named Edward who is a French-Canadian descent. Kevin and his brother used to watch WWE Monday Night Raw since their childhood. Kevin Owens used to play different sports like soccer, hockey and baseball but never considered to go professional in them. He also suffered an injury after playing soccer during his early days. He was inspired to become a professional wrestler after watching Shawn Michaels and Diesel playing in WrestleMania XI. 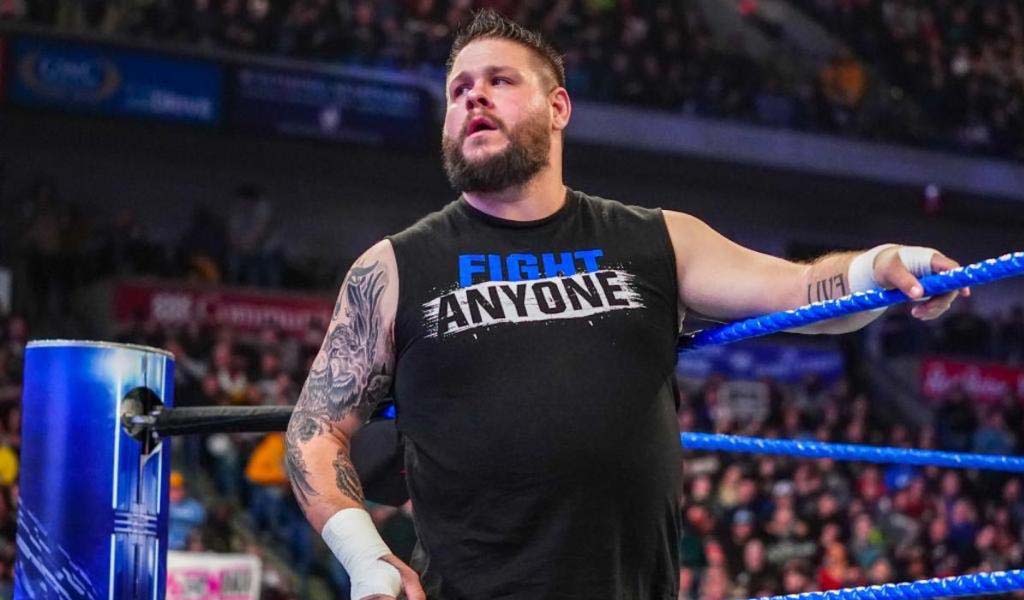 Kevin Owens started training for wrestler when he was 14 years old. He was introduced by the wrestler name Serge Jodoin in Quebec. After that, he taught by Jacques Rougeau and later on by Terry Taylor who he called his primary trainer. His first match was held on 7th May 2000 in L’Assomption in Quebec. Before he wrestles for other promotions, he wrestles for Rogue’s promotion.

Kevin Owens had his first international wrestling in the year 2003. He debuted at Born to Bleed as International Wrestling Syndicate (IWS) but was defeated in his first singles match by EI Generico. Steen won his first IWS World Heavyweight Championship after defeating EI Generico in the second match in 2004. In the year 2017, Kevin Owens won the game against Jay Briscoe in Blood, Sweat & Beers. Again, the IWS World Heavyweight Championship was won by EI Generico after defeating him, but Steen won the championship also in the following year defeating him back. Steen again won the tournament in the next month defeating the opponent Joey Mercury.

At the end of 2004, Kevin Owens was defeated at High Stakes II by SeXXXy Eddy in his Combat Zone Wrestling (CZW) debut. He again matched for the “CZW Best of the Best Tournament” and reached the final but lost the trophy against Quackenbush. But Steen retained his first CZW championship in August defeating Franky The Mobster. He won the CZW Iron Man Championship and later on the defended against Nate Webb, EI Generico, Necro Butcher, and so on. But later on, he was defeated by LuFisto, a female wrestler, and lost his CZW championship. After that, he went on to a Japanese promotion called Dragon Gate and returned to CZW only after six years.

During the year 2005 to 2008, Steen started working for American pro wrestling promotion called Pro Wrestling Guerrilla (PWG). He defeated A.J. Styles and won his first PWG Championship in 6th August 2005. He lost his PWG championship to Joey Ryan after four months of defending it. In the year 2006, Steen teamed with EI Generico and went on to participate on the PWG World Tag Team Championship together. 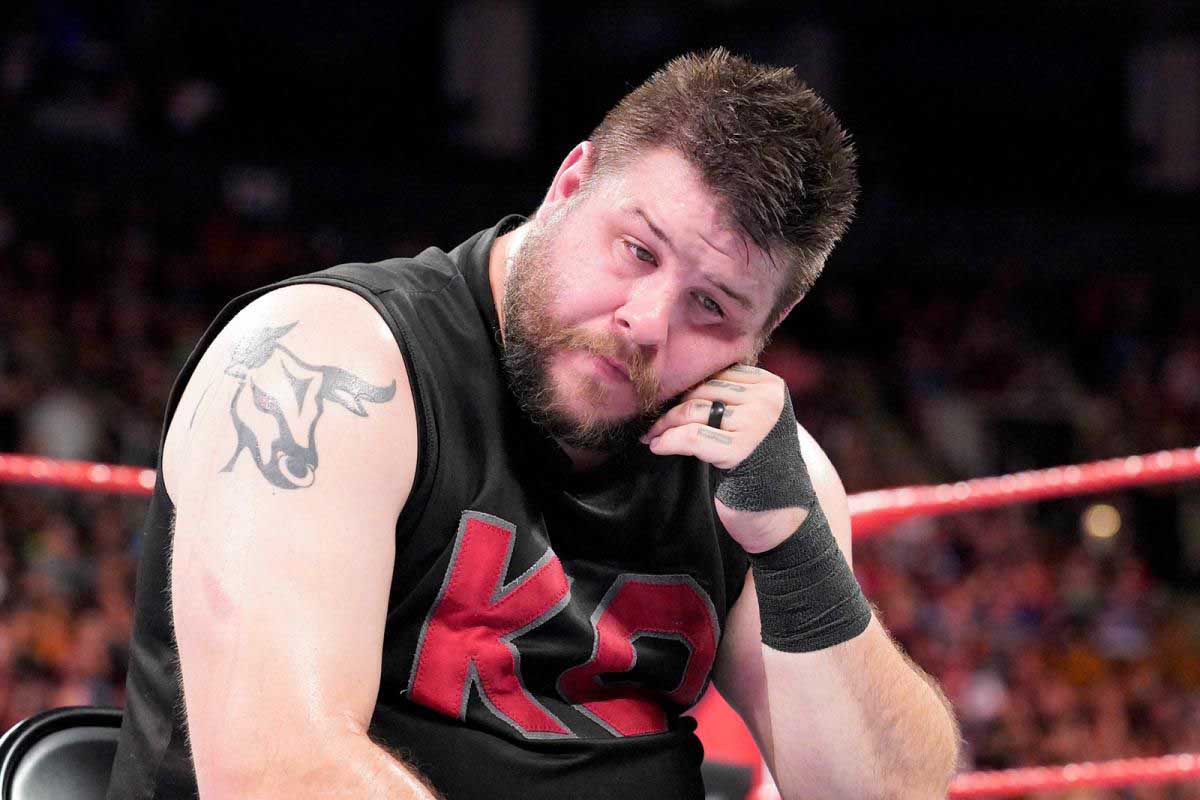 They won the championship against Roderick Strong and PAC and defended the championship for three months. But they regained the title for the second time in March 2008. They also became the first team to be part of “Dynamite Duumvirate Tag Team Title Tournament” and defend the belt in the PWG history. Kevin Owens again left the PWG for Ring of Honor (ROH).

In the year 2007, Kevin Owens teamed with his former team EI Generico returned in ROH. Together they defeated Eddie Edwards and Jason Blade. They also won over The Irish Airborne, Pelle Primeau, and so on but Briscoe Brothers defeated them. In June, they both participate in the one-night tournament but was eventually defeated in the finals by Jimmy Jacobs and Tyler Black. Steen faced the ROH World Champion Nigel McGuinness in the company’s debut show but was defeated by him. Steen and Generico finally won the ROH World Tag team Championship in 19th September in a pay-per-view show. They lost their title in April of 2009 against The American Wolves.

In the following month in December, Steen feud against his partner Generico and was defeated by him utterly that he was forced out of ROH. Kevin Owens left the ROH after the contract was finished in November 2010. But he again returned in ROH in 2011 in June. In September, Steen interrupted the match of Jimmy Jacobs and El Generico, but he was escorted out of the arena. But so only after that, Kevin Owens became the first Canadian to hold ROH World Championship.

Steen again retained the championship from Davey Richards at Best in the world 2012: Hostage Crisis on 24th June. Kevin Owens successfully defended the title for almost a year and lost the championship to Jay Briscoe in April. After that, Steens again returned to ROH even though he said he would never fight for the ROH. After a countless defeat, Steen left ROH and returned to PWG again in 2010. After the numerous attempts, he defeated Davey Richards and won the PWG championship in September.

But in October, he was not able to defend the championship against EI Generico, his old rival. In January 2013, Steen and his long time rival EI Generico teamed and entered the 2013 Dynamite Duumvirate Tag Team Title Tournament, but they lost in the final match and was not able to earn the title.

In the year 2014, Steen signed the contract with WWE and changed his ring name to Owens. So, Owen won his first NXT Championship in February 2015. He held the championship for 143 days and lost the title to Balor in The Beast in the East program which had in Tokyo. In 2016, Owen transferred to RAW and won the Universal Championship in September. 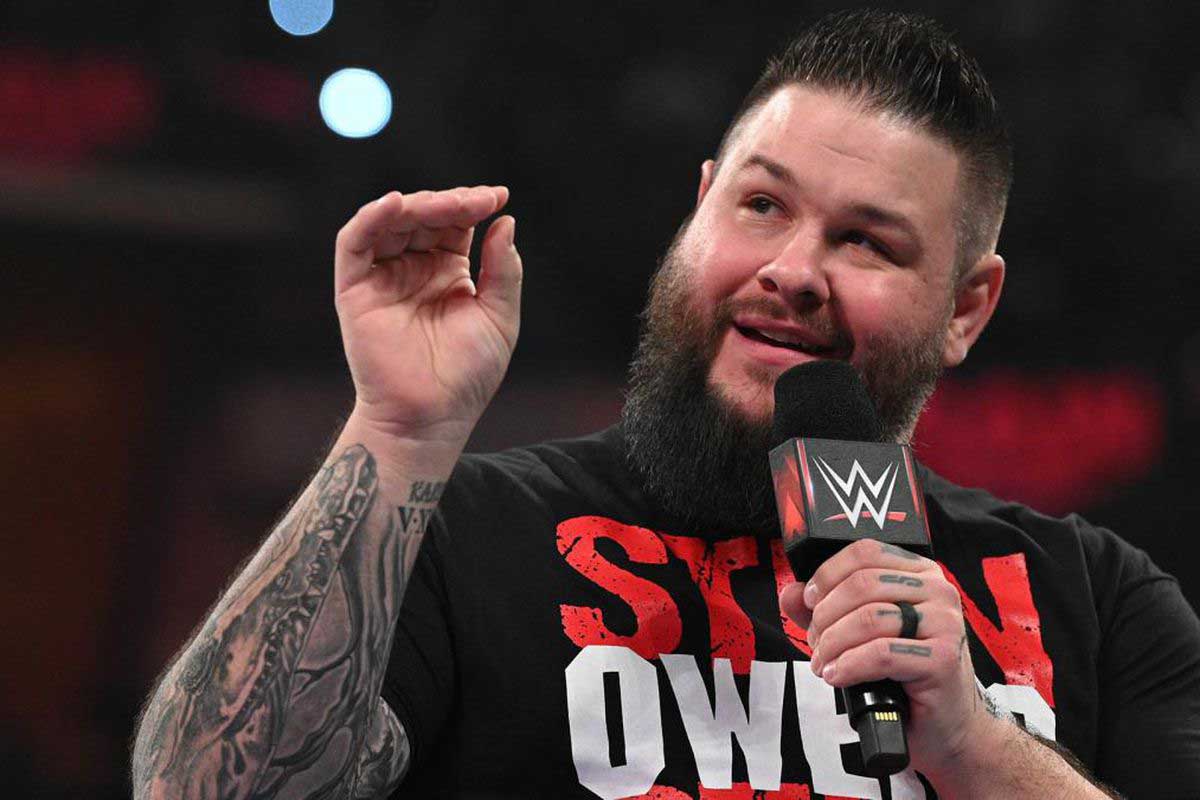 Kevin Steen is committed to Karina Lamer, and they together have a son and a daughter, namely Owen Hart and Elodie Leila respectively. Steen’s WWE ring name is dedicated to his son Owen Hart thus called Kevin Owen.