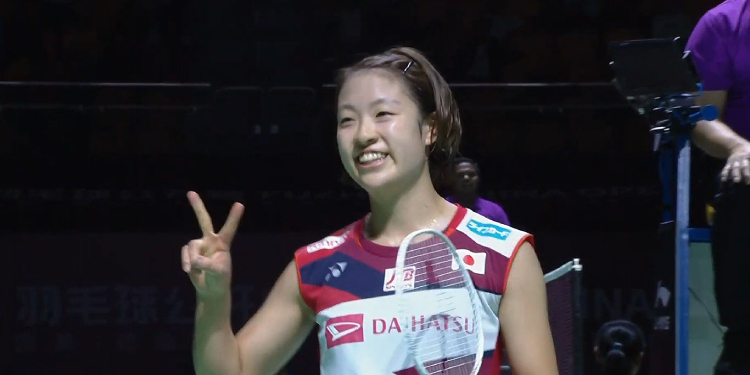 Okuhara was also a bronze medalist at the 2016 Rio Olympic games on where she has competed in the Women’s Singles tournament. She is an outstanding player who has earned quite fame in the women’s history of badminton. Her speed, accuracy, and agility during the game are something else that you will see quite often.

Okuhara started practicing badminton when she was 6 years old. She already started playing a year later in various local events and tournaments. Her skills and technique are improving day by day and she started to feel confident for the big event.

When Okuhara was 14 years old, she first joined the Japanese national team back in 2010. After her successful year in the team, she started to compete in other international events.

Nozomi Okuhara first debuted her career in Osaka International Challenge. There she fought the whole game smoothly using her skills. After that, she participates in the Lao International on were her starting and the middle game was good but she lost in the final against Nitchaon Jindapol.

Moreover, she participates in the 2011 Japanese National Championships and become the first young person ever to win Women’s singles. Following that, she again competed in World Junior Championships and picked her life’s first gold medal. It was not the end of the journey for Okuhara, she also took a Grand Prix title in Canada Open.

The year 2014 was a lucky year for Okuhara because she became first in 3 BWF Grand Prix tournaments in (New Zealand Open, Vietnam Open, and Korean Grand Prix). Besides, she’s also a runner-up of the Hong Kong Open tournament in Women’s single (BWF Superseries).

Following the next year 2015, Okuhara picked 2 gold medals in Women’s singles (Malaysia Masters and U.S Open) which is a BWF Grand Prix level. She, later on, wins 2 titles at Dubai World Superseries Finals and Japan Open against Wang Yihan and Akane Yamaguchi.

After the Olympic game in 2016, Okuhara again went for the 2017 BWF World Championships in Women’s singles and wins a gold medal. Similarly, she also won the BWF Superseries in the Women’s singles (Australian Open) tournament.

From the year 2018 to 2019, Okuhara has participated in different tours and tournaments where she wins some of them by securing 1st and 2nd positions.

In 2021, Okuhara again won the BWF World tour in the Women’s singles (All England Open) tournament against Pornpawee Chochuwong.

One of the biggest moments of Okuhara is to participate in the 2016 Rio Olympics. She completed in the Women’s singles in Riocentro- Pavilion 4, Rio de Janeiro, Brazil, and against Li Xuerui and picked a bronze medal. It was the last time she ever participates in the Olympic games.

Nozomi Okuhara is currently single. She’s not in a relationship or dating someone. So, she might be focusing on her badminton career.

Nozomi Okuhara is a successful badminton player in the world. Her net worth is estimated around at $1 million to $5 million according to various internal sources.