Who is Luka Modric?

Revolution is one of the most significant steps in the process of development. It is a requirement to create an impact by raising the unheard voices. Any kind of revolution creates a lasting impression on the system. But the revolution process should not harm any woman, old people, children, or any dependent person. As far as possible the revolution process should have zero violence and harm. It is the best way to make the system feel the pressure. Although, this process is still less in practice but should be always kept in mind.

The lives of thousands of people stay in the danger due to the violence during the revolution. Many people lose their shelters during this time. Many problems arise during any kind of war. The people not only face physical problems but undergo a lot of mental problems too. One requires a lot of time to forget these experiences. Some people even undergo anxiety and traumas as the post effect of the wars. This directly or indirectly harms the day to day life of people. Children should be given proper focus so that can deviate their mind from such incidents.

Likewise, Luka Modric is one of the victims of such traumatic events. He spends his childhood in a chaotic area full of violence. He grew up during the time of the Croatian War. No matter how tough the situation became, he never left football. It might have become a kind of displacement tool for Luka during that time. Luka is a footballer from Croatia. He plays in the “midfielder position.”

Luka Modric is the of “Real Madrid” and the national team of Croatia. Luka was also part of the club “Dinamo Zagreb.” He has also been part of the club “Tottenham Hotspur.” He also received the title of “La Liga ‘Best Mid Fielder’ Award” in 2016. Luka has also won the title of “Ballon d’Or” and “Best FIFA Men’s Player.” Luka also became the “Best Player of the Tournament” in the finals of the “World Cup” in 2018. 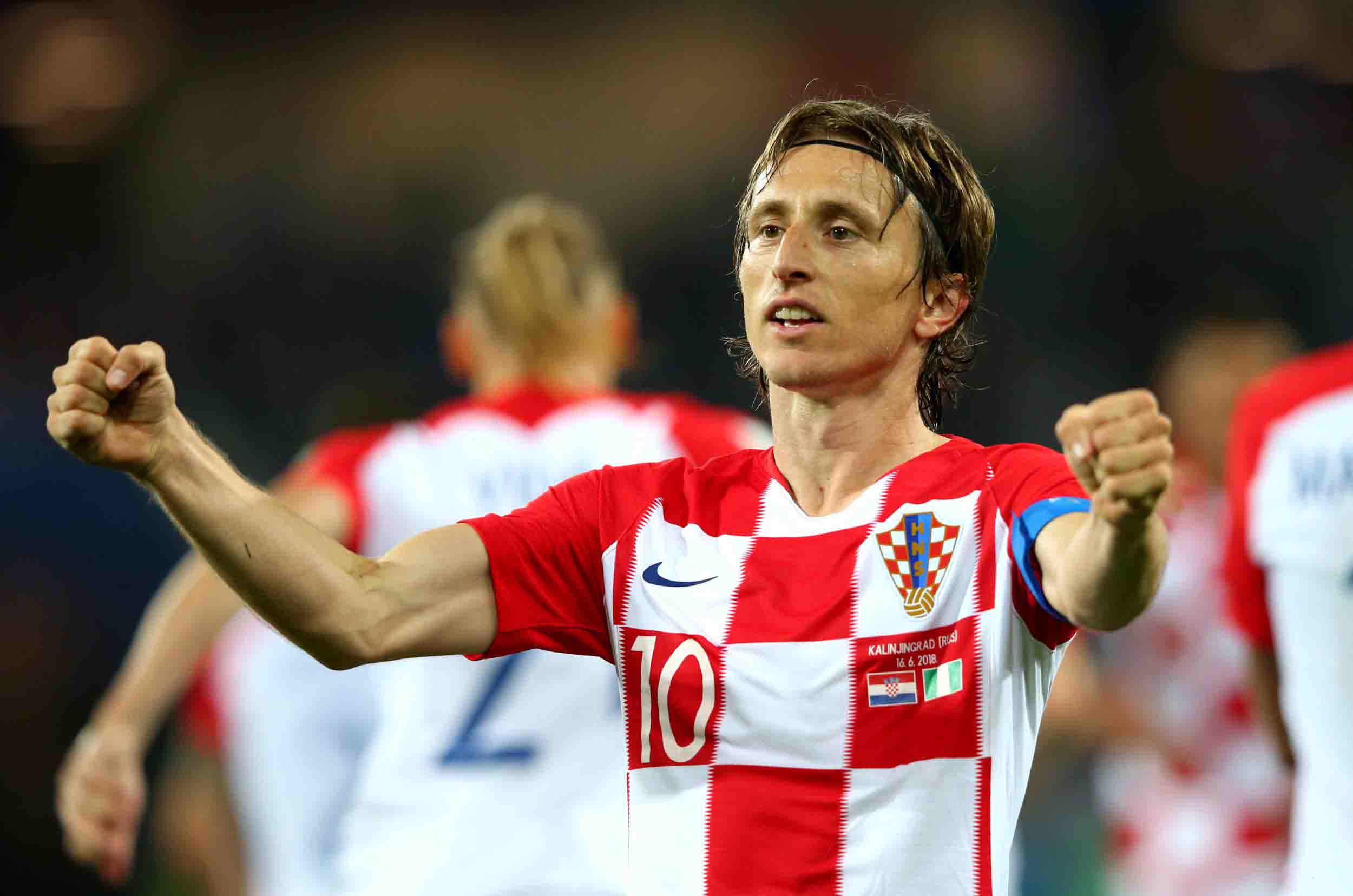 How was the Modric childhood?

The birthplace of Luka is Zadar, Croatia.  He came into the world on 9th September 1985. His father’s name is Stipe Modric. He was an aeromechanic. His mother’s name is Radojka Dopud. She used to work in a textile factory. The economic condition of the family was weak. They had to face problems to reach the month-end. And the Croatian War had also badly affected the economic condition of the family.

Likewise, Luka Modric grew up in the house of his grandparents due to the weak economic condition of the family. He was only five years old when he started as a goat-shepherd. The family had to left their residing place as their house turned to ashes during the time. This made his father join the Croatian Army. There were a lot of explosions in the area and bombs had become common for the city. Football had become the best medium to divert their mind from the condition.

Moreover, Luka Modric comparatively had a small body size than the other kids of his age. But his passion for football was powerful than anything else. His small body size used to make one feel like he is weak. This even made him rejected during the selection of the “Hajduk Split.” This became fuel for Luke to prove his skills. His technical skills were better than his body size. It could not have been rejected. The club “Dinamo Zagreb” signed him. His increasing height and body frame made the contract for ten years. 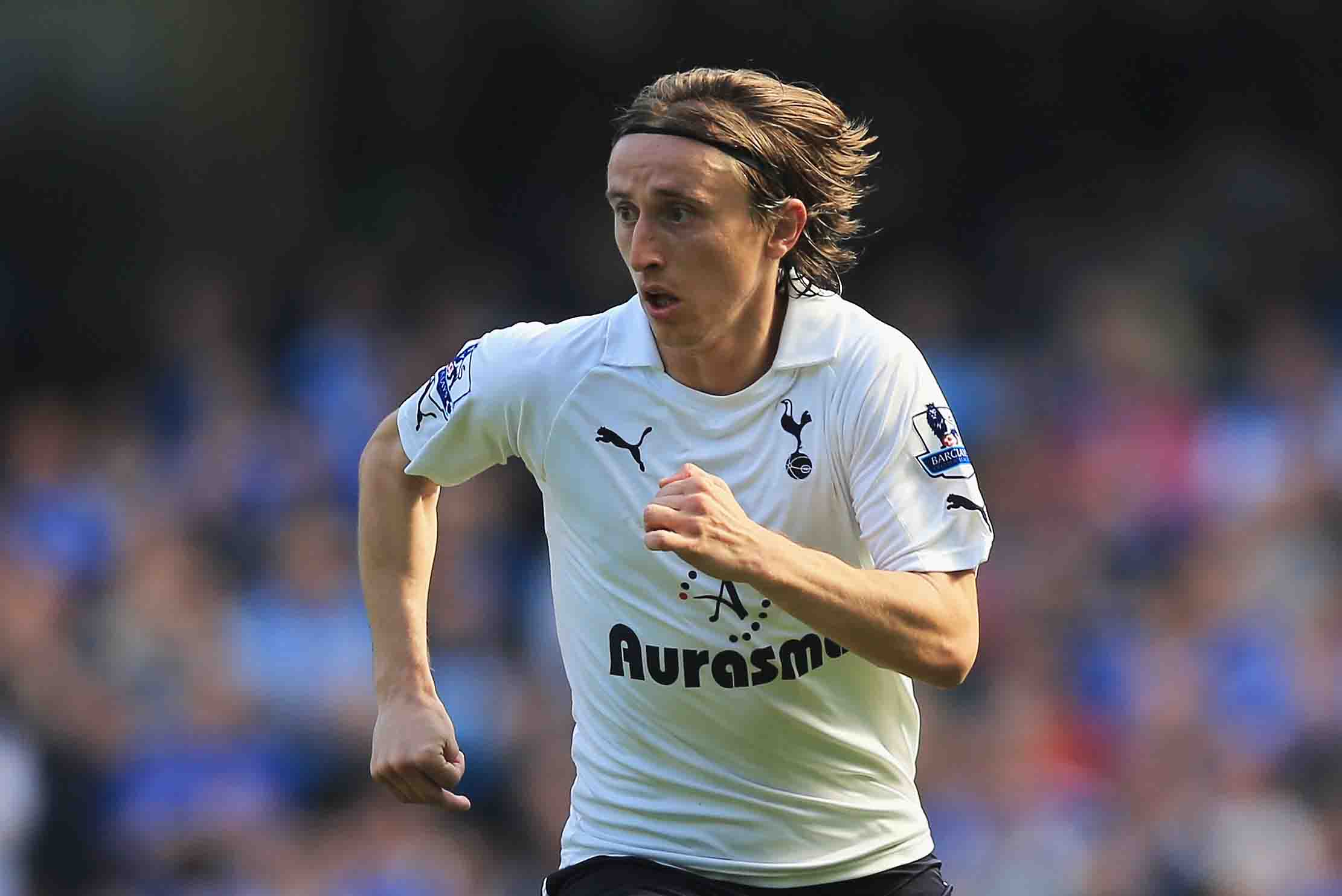 How did Modric started his career?

Luka Modric was sixteen years old when the “Dinamo Zagreb” signed him. It was in 2002. He got the opportunity to join the team after his performance for the team “NK Zadar.” It was his previous team from his hometown. Still, the young age of Luke used to be the major issue for his entry into the senior team. Luka moved to the club “Zrinjski Mostar” in 2003. He moved to the “Inter Zapresic” in 2004. Both of the loans were a part of the loan transfer.

Likewise, Luka Modric succeeded to score 12 goals for the teams that he joined during the phase of the loan. This score was very appreciable for a mid-fielder to achieve. Luke was ready to join the club “Dinamo” in 2005. Luka scored a total of 7 goals for the team. He appeared in 31 matches for the team and contributing to the team to win the league. He had a good bond with Eduardo. This bond became a plus point for the team. His team won the “League Championships” two times again in 2006 and 2007.

Moreover, Luka Modric also got the title of “Prva HNL Player of the Year Award” in 2016. He had a record of 31 goals and assists of 29 till the fourth season with the team. Luka was responsible to make the team win the “Croatian Cup” in 2007. He ended his journey with “Dinamo” in 2008. The same year, the “Tottenham Hotspur” added him to the team.  It was a deal of 16.5 million pounds. He was on the team for four seasons. He appeared in a total of 127 matches and succeeded to score 13 goals. Luka was also responsible to lead the team in the “UEFA Champions League” for the 2010-2011 season. The team succeeded to enter the quarter-finals after 50 years.

Moreover, he won the title of “La Liga Award” in the category of “Best Midfielder” in 2016. Luka won the title of “UEFA Club Award” for the same category in 2017 and 2018. Luka was the first footballer from Croatia to enter the “FIFA World XI.” It was in 2016 and 2018. He was also in the team when it earned the title “UEFA Team of the Year” during the same year.

Luka Modric was the first Croatian to receive the title “UEFA Men’s Player of the Year Award” in 2018. The same year he received the “Ballon d’Or” award. He has been part of the national team of Croatia since 2006. He had appeared for the team in 122 games and had scored a total of 14 goals. Luka succeeded to contribute to making the team reach the finals of the “FIFA World Cup” in 2018. He even received the award of “Golden Ball Award” for being the “Best Player of the Tournament.” 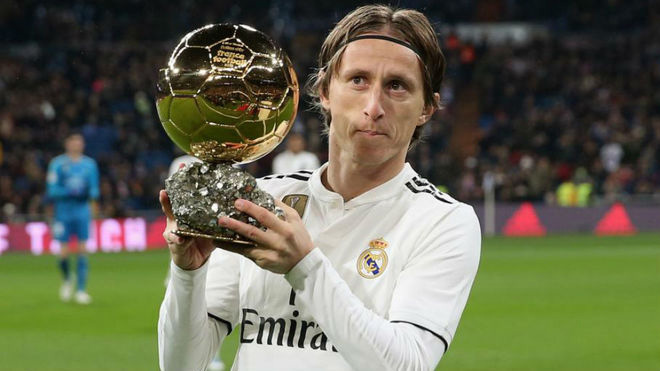 Who is the wife of Modric?

Luka was in a relationship with Vanja Bosnic since 2006. The couple turned the love relation into a lifetime commitment in May 2010. Vanja gave birth to a baby boy Ivano and two baby girls Sofia and Ema.

Is Modric on social media?

How much is Modric net worth?

Luka Modric has been part of the sports fraternity for more than ten years.  He has been part of amazing teams and has played in big tournaments. According to celebritynetworth.com, he has an approximate net worth of $75 Million.

The nationality and ethnicity of Luka are Croatian. The current age of Luka is 35 years. He has an attractive height of 5 feet 8 inches with a complimentary weight of 66 kgs.