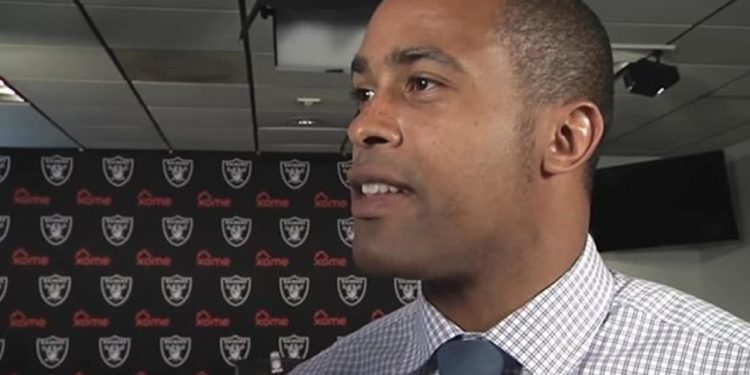 Patrick Claybon is a professional sportscaster from America working as an anchor for the NFL network. He joined the NFL network in 2014. Before joining, he had been already begun his broadcasting career in 2007. He also worked as a sports director before joining the NFL Network. He reported news for WTVY News in Dothan, Alabama. He earned a bachelor’s degree from Troy University.

Born on November 25, 1983, Patrick Claybon is a native of Birmingham, Alabama. Patrick is of black ethnicity and holds American nationality. He grew up in an African-American family. Patrick is 38 years old. He is the youngest among the two sons of Dr. Ernest and Dr. Patience. Patrick also has a niece named Carmen.

Patrick graduated from Mountain Brook High School. He is a former track star at Mountain Brook High School. Patrick won twice in the decathlon championship held in Alabama state. To get a bachelor’s degree in Broadcast Journalism, he enrolled at Troy University in 2006. While studying for his degree, he participated in the Trojan Vision News to improve and enhance his broadcasting abilities and knowledge.

Patrick started as a news reporter for WTVY News in Dothan, Alabama, in 2007. Before joining the NFL Network, he worked as a sports director in WIAT TV in Birmingham at CBD42. He found the world of sports rather interesting. Coverage of SEC football made Patrick go from coast to coast each year to cover the run of five consecutive BCS National Championship games.

In 2014, he joined NFL news as a news update anchor. He reports for NFL media and hosts extended coverage of breaking news throughout the NFL. Patrick has been working with the NFL Network for over seven years. He has become one of the top broadcasters in NFL over the years. Patrick has covered NFL stories ranging from casual to controversial.

Another notable reporter at NFL is Amber Theoharis. She is an American television host and sports journalist who works as a reporter and co-host for the NFL network on NFL Total Access. Amber and Patrick were recently picked as teammates in the NFL.

Patrick and Lauren got married on February 21, 2016. They are both happy with their two kids. Their son Malcolm was born on March 23, 2017, and their daughter, Sage Leona, was born on May 29, 2020. But, they had not disclosed information on how they met each other or when they started dating. On October 11, he never shies to wish his wife on her birthday. They have been together for more than five years and still live a happy married life. They live in Los Angelos, California, with their children.

Patrick is active on his socials. He is available on Instagram and Twitter. Patrick has more than 1.4k followers on Instagram @patrickclaybon and 25.3k followers on Twitter @PatrickClaybon. He often posts pictures of him in the studio and his kids.

Patrick’s primary source of his income comes from his profession as a broadcaster. His salary, according to factsbuddy.com, is $98,600 annually. In addition, Patrick’s net worth is estimated to be $900,000.