Ahmed Khalil is a footballer from Emirates. He plays in a forward position for the “United Arab Emirates National Team” and “Shabab Al Ahli” football team. He represented the team “UAE U17” in the “2006 GCU U-17 Championship.” Ahmed Khalil becomes the top scorer of the championship with five goals.

Ahmed gained his initial club honor, “The President Cup,” in the 2007 season. He was also the highest scorer of the game, along with four goals. He also received the honor of “Top Scorer” for the “Pro-League 2008-2009” tournament. Al-Ahram named him the “Promising Arab Player of the Year.” Ahmed has also received nominations for the “Asian Young Footballer of the Year” two times.

Moreover, Ahmed is also responsible for leading the “UAE Olympic Football Team” to the “2010 GCC U-23 Championship.” He became the top scorer of the tournament with a total score of five goals. This created history in the “UAE” history. And the team succeeded in winning silver medals in the “Asian Games.”  He also won the title of “Asian Footballer of the Year” in 2015. The same year UAE became the second runner up in the “2015 AFC Asian Cup.” 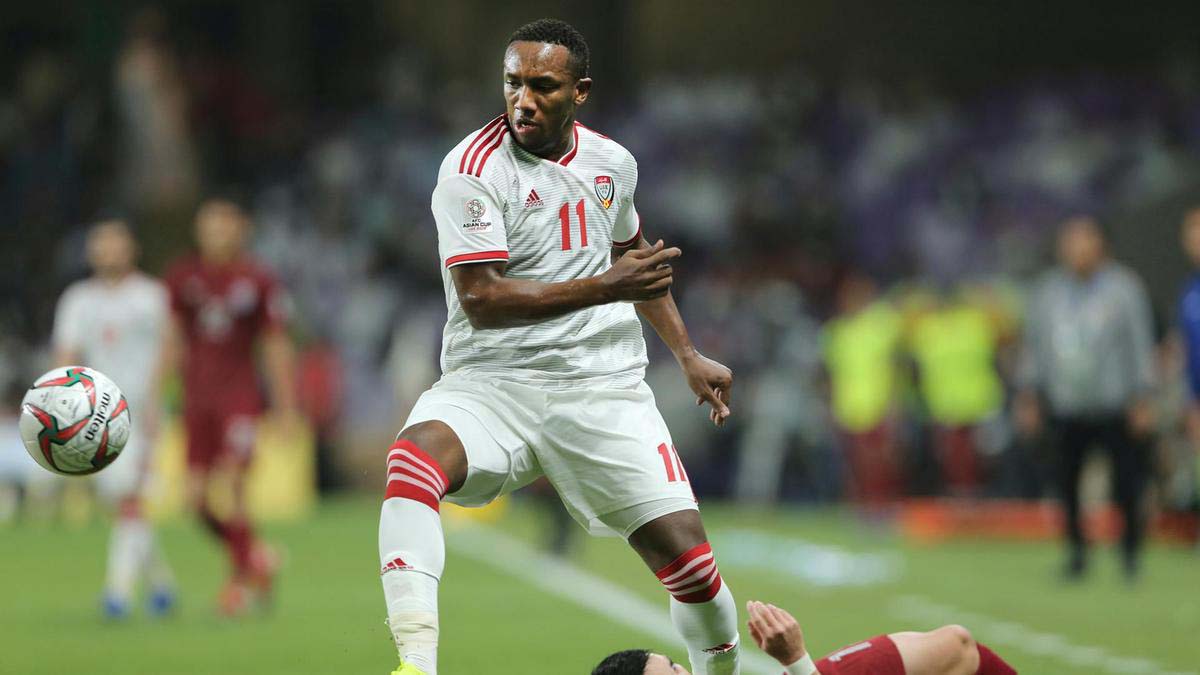 The birthplace of Ahmed is Sharjah, UAE, who came into the world on June 8, 1991. Ahmed comes from a family with a football background. His father used to play for the “Khalil Sebait.” It was an old football club in Kuwait. He grew up with all his brothers. All of his brothers Fahd, Mohamed, and Fathi also play for the same club, “Al Ahli.” His brother Fouad has retired from the club.

There are not many academic details of Ahmed available on any sources available.

Ahmed was only eight years old when he joined the “Red Fort.” He made it to the first of them during the 2006-2007 season. Alan Michel was the coach of the club during that time. Ahmed succeeded in scoring a goal in a match against “Al Wahda” in a league on May 13, 2007, winning 4-1.

Moreover, Ahmed Khalil succeeded in taking his performance to the next level in the 2009-2010 season. He grew to score his first hat trick of the season on 18th March 2010. It was a game upon “Al-Nasr SC.” The final score was 4-2 with the victory of “Al-Ahli.” 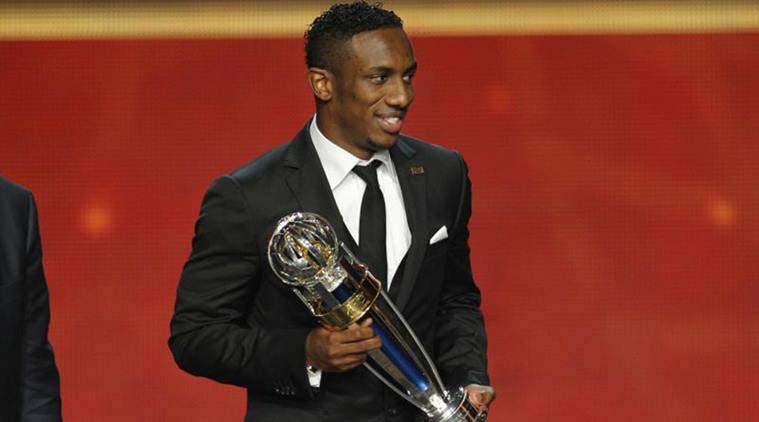 Moreover, in the 2011-2012 season, his team participated in the “GCC Champions League Semi-Final.” His team has a victory in the game against “Kazma” with a count of 1-0. Ahmed then joined the “Al Jazira” team from the summer of 2017. He joined the team with a “No-Transfer Deal.”

Likewise, Ahmed Khalil had represented the national team in all three categories. He has played in “U-20″, ” U-23″ and “UAE” teams. Ahmed Khalil was only 15 years old when Ahmed started playing U-20. He has represented the country in 70 places since 2006. Ahmed represented his country in the U-17 category in the “2006 GCC U-17 Championship” scoring five goals in the five matches. This game made him eligible to win a golden boot.

His team also won the match “2008 AFC U-19 Championship.” Ahmed Khalil also added two goals in the closing game of the tournament versus “Uzbekistan.” His performance of four goals in the match helped him gain the “Golden Boot.” He also became the “Player of The Tournament.” Ahmed also took his team to the quarter-finals of the “2009 FIFA U-20 World Cup.”

He succeeded in scoring two goals for the tournament. His team also won the “2010 GCU U-23 Championship.” Ahmed was also the highest scorer of the competition with five goals in 4 matches. His team also won a silver medal for the “Asian Games.” It was the first time in the UAE history of getting a silver medal in the history of Asian football. Ahmed succeeded in scoring three goals during the tournament. Ahmed Khalil is a part of the torrents like “2010 UFC U-19 Championship”, ” 2011 AFC Asian Cup”, “2012 Summer Olympics”, ” 2015 AFC Asian Cup”, and “2018 FIFA World Cup Qualification.”

Ahmed Khalil seems purposive about holding his personal life to himself with no rumor of his relationship. He even got swamped in making his career. 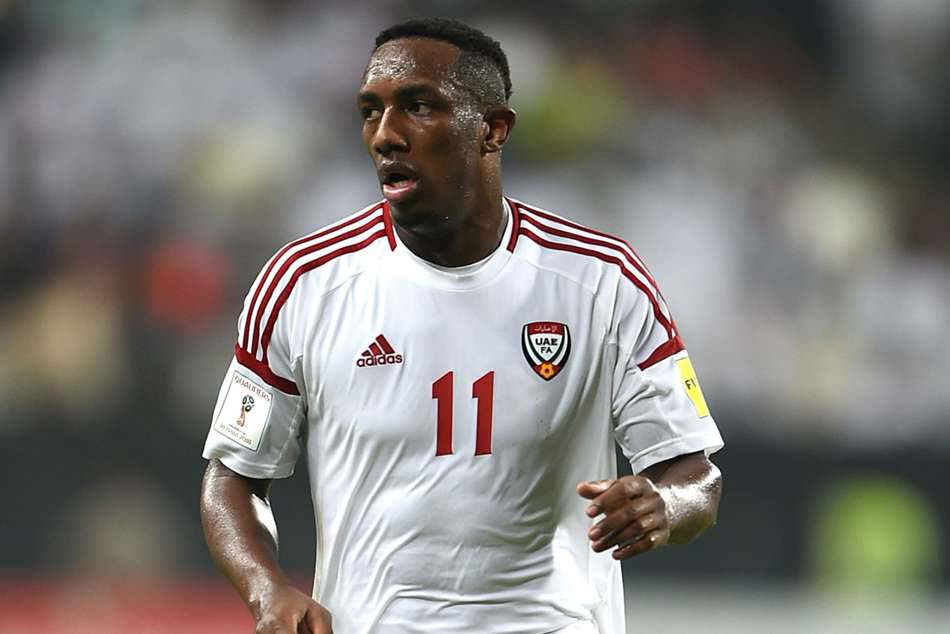 Ahmed Khalil is not very much active on social media platforms. He goes with the name of “11ahmedkhalil” on Instagram with 89.1K followers. Ahmed is not an active user, even on Instagram. He joined Instagram on 7th February 2018. His last post is on 12th December 2019. Ahmed has shared most of the photos and videos of football matches. Likewise, there are several unverified and fan-made accounts of Ahmed on Twitter. He also does not have a page on Facebook. It can be due to the strict rules of the UAE for using social media.

Ahmed has played in many popular matches and had won tournaments. Although Ahmed’s exact net worth is unknown, he seems to have a net worth of more than one million.

The full name of Ahmed is Ahmed Khalil Sebait Mubarak Al-Junaibi, currently at the age of 29. His nationality is Emirati. He belongs to the Muslim ethnicity. Ahmed has n attractive height of 5 feet 10 inches with a complimentary weight of 85 kgs.