Daniel Bryan is one of the wrestlers who seem to feel a bit sorry bout not giving proper time to family. This incident was one of the things he shared in his recent interviews with essentiallysports.com. He shared in the interview that he did not want to go to WWE. It looks like Daniel Bryan is not receiving satisfactory liberation working for WWE.

Everyone is busy in their own life, and different people have different professions according to the skills they bear. Someone get the proper value of their abilities. Someone needs to struggle to get their correct cost. No matter what profession you are, the ultimate goal is to become happy. If you are happy, you will be enthusiastic every day to do your work. But if you are not satisfied, then you will be less productive at work. It’s not only about generating income while engaging in the work.

The balance in life is one of the most significant factors to live life more happily. All the worth will be useless if you are not able to make your family happy. One needs to have time management skills for this. Despite the ability to manage the time, one might miss the fun with families. Even the profession’s working schedule might not be a regular 10-5 job that also creates problems in the plan. But one must be confident and straightforward to become happy by creating a balance in both environments. 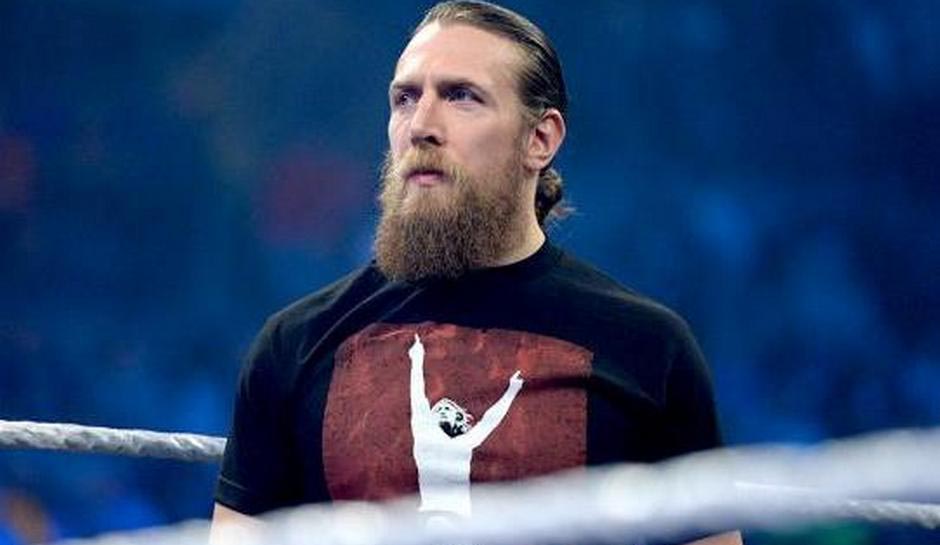 The birthplace of Bryan is Aberdeen, Washington. He came into the world on May 22, 1981. His parents have different professions as his father was a lumberjack, whereas his mother was a therapist. These professions might have been a reason that created differences in their thought.

Bryan was very young when the couple divorced. This incident affected Bryan emotionally. But he engaged himself in the sports with a passion for happiness. However, Daniel Bryan felt like he was not capable of living his boyhood freely. Bryan also has an elder sister, Billie Sue. Once his friend showed him a professional wrestling magazine, which made Bryan fascinated with wrestling.

The detailed educational background of Bryan is not transparent enough. It seems like  Bryan has completed his high school from Aberdeen High School. Daniel Bryan was a passionate player with interest in various sports. Bryan was very good at football. He attended the wrestling training in “Dean Malenko’s Wrestling School” after his high school completion in 1999. Then, Bryan went to “Texas Wrestling Academy.” The wrestling school was maintained by the experienced wrestler Shawn Michaels.

Daniel started the official wrestling journey when he signed a contract with WWF for a developmental tour in 2000. WWF sent him to “Memphis Championship Wrestling.” This tour allowed him to get training from the wrestler Wiliam Regal. During the period of the contract, Daniel won the title of “Light Heavyweight Championship.” He also succeeded in winning the title “American Dragon” in this period. Daniel had given the credit of getting the shape of a “dragon” to his mentor William Regal.

Likewise, Daniel got the opportunity to work in “Frontier Martial-Arts Wrestling” in Japan. He was there for some time after the completion of his contract with WWF. He even joined the “Ring of Honour” in 2002. It was an independent promotion. The match of Daniel in the tournament used to be for 80 minutes. Homicide was one of his rival wrestlers. Daniel succeeded in defeating him during the “Steel Cage” match. 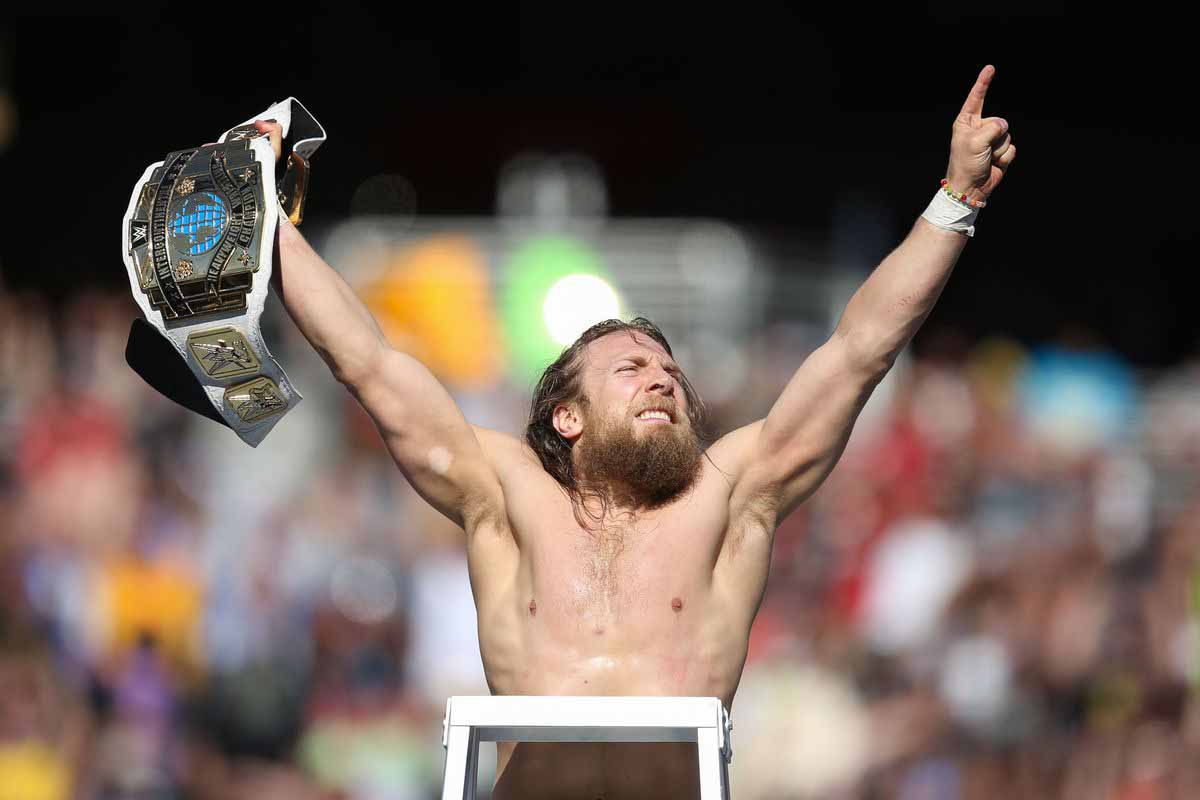 Moreover, Daniel succeeded in holding the title of “ROH World Championship” for 15 months until the tournament. Daniel Bryan held the title from 2005 to 2006. Homicide became the wrestler to defeat Daniel for the title. The past defeat of Homicide might have increased his aggression to win the title. The match became both emotionally and physically brutal. Daniel even had a shoulder injury and had to be away from wrestling for some time.

Daniel came back to ROH in May 2007, and; this match also became the debut of Daniel on American Television in 2009. Daniel won the battle against Austin Aries and was his first match that telecasted on the national television. Daniel signed for WWE in 2009. He lost his game against Austin, which was a farewell match for the title “ROH.” Daniel won the title against McGuiness, which was the farewell match for both of the ROH wrestlers.

Moreover, Daniel debuted on NXT by defeating Chavo Guerrero in February 2010. It was his first match in WWE. Daniel was a quite aggressive wrestler. The incident became the reason for his cold relationship with WWE Superstars The John Cena and The Miz. The brand even announced to fire Daniel for his violent behavior. Then, Daniel Bryan became independent after leaving WWE. But many offers came for Daniel to start his new journey. And Daniel became part of “Westside Xtreme Wrestling” and “CHIKARA.” He succeeded in winning many matches and even lost a few ones for breaking the matches’ rules.

Likewise, Daniel returned to WWE on “Summerslam” in August 2010. He started playing matches in “SmackDown” in 2011. Daniel secured his first award for the “World Heavyweight Championship” in July 2011. He had won “Money in the Bank Ladder Match” and secured his position. Daniel Bryan, paired up with Kane as “Hell No” in 2011, succeeded in winning the “Tag Team Match” with R-Truth and Kofi Kingston. The duo kept their bonding till the “2013 Royal Rumble.” The pair lost their 245 days of winning journey to Roman Reigns and Seth Rollins in “Extreme Rules.”

Daniel faced a severe injury and underwent neck surgery in 2014. In March, he came back to announce that he would be healthy to compete in the “2015 Royal Rumble.” Daniel Bryan even won the “Intercontinental Championship” in Wrestlemania 31. He was able to be one of the six wrestlers to win all the titles of WWE. Daniel retired from wrestling in 2015. He started as a General Manager of “SmackDown” on July 18, 2016.

The wrestling world succeeded in finding him a partner for his life. He married wrestler Brie Bella in 2014. Brie gave birth to a baby girl, Birdie, in 2017 and got blessed with a son in 2020.

Daniel Bryan is not quite active on all social media floors. He is only live on Twitter. His Twitter account goes with the name of “Daniel Bryan” with 4.6M followers. If you search Daniel Bryan’s name on Facebook and Instagram, you will get a few unverified accounts and fan pages. 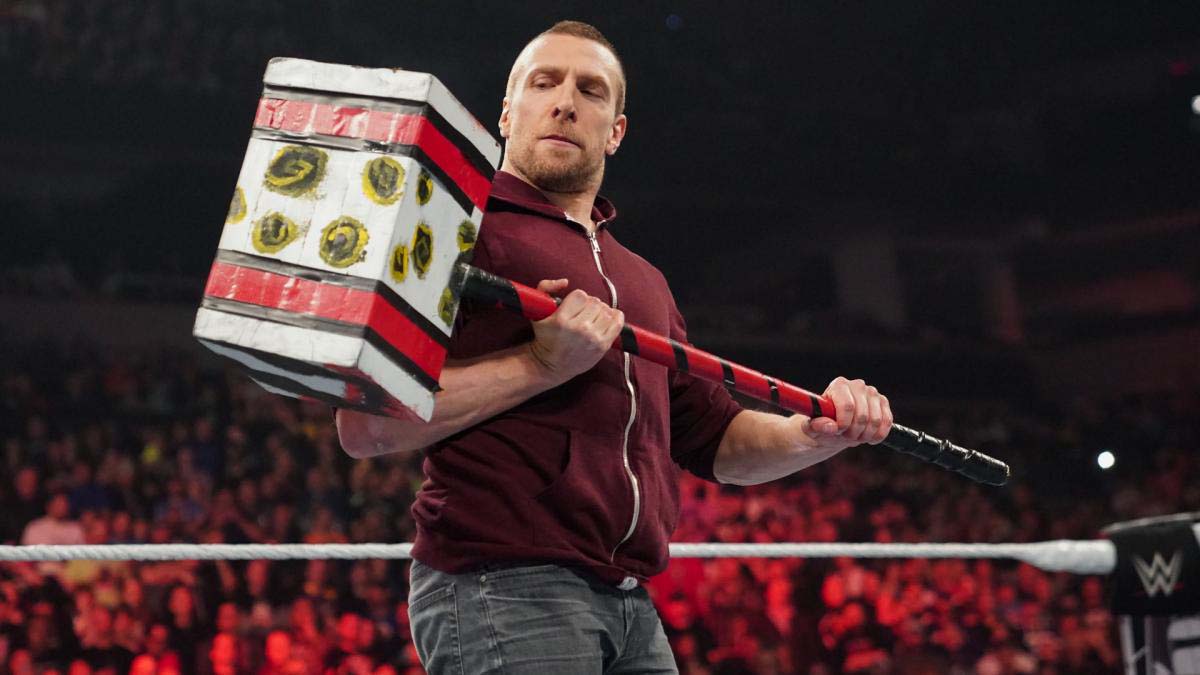 Daniel has been part of the entertaining sports wrestling for more than twenty years. He had won several matches. As per the valuation of his outlines and celebritynetworth.net, Daniel Bryan has an uncertain net worth of $8 million.

The full name of Daniel is Bryan Lloyd Danielson. He is currently at 39. The nationality if Daniel is American. He has a charming height if 5 feet 10 inches beside a healthy weight of 95 kgs. The ethnic background of Daniel is not transparent.

Daniel has been a vegetarian since 2009. Daniel Bryan also received the award of “Most Animal-Friendly Athlete” in the world from PETA in 2012.