Eric Kendricks was born on 29th February in 1992, making him the only player to be born in a leap year in NFL currently. His original birth name is Eric-Nathan M. Kendricks and is the second son of Yvonne Thagon and Marvin Kendricks, born in California named Clovis. 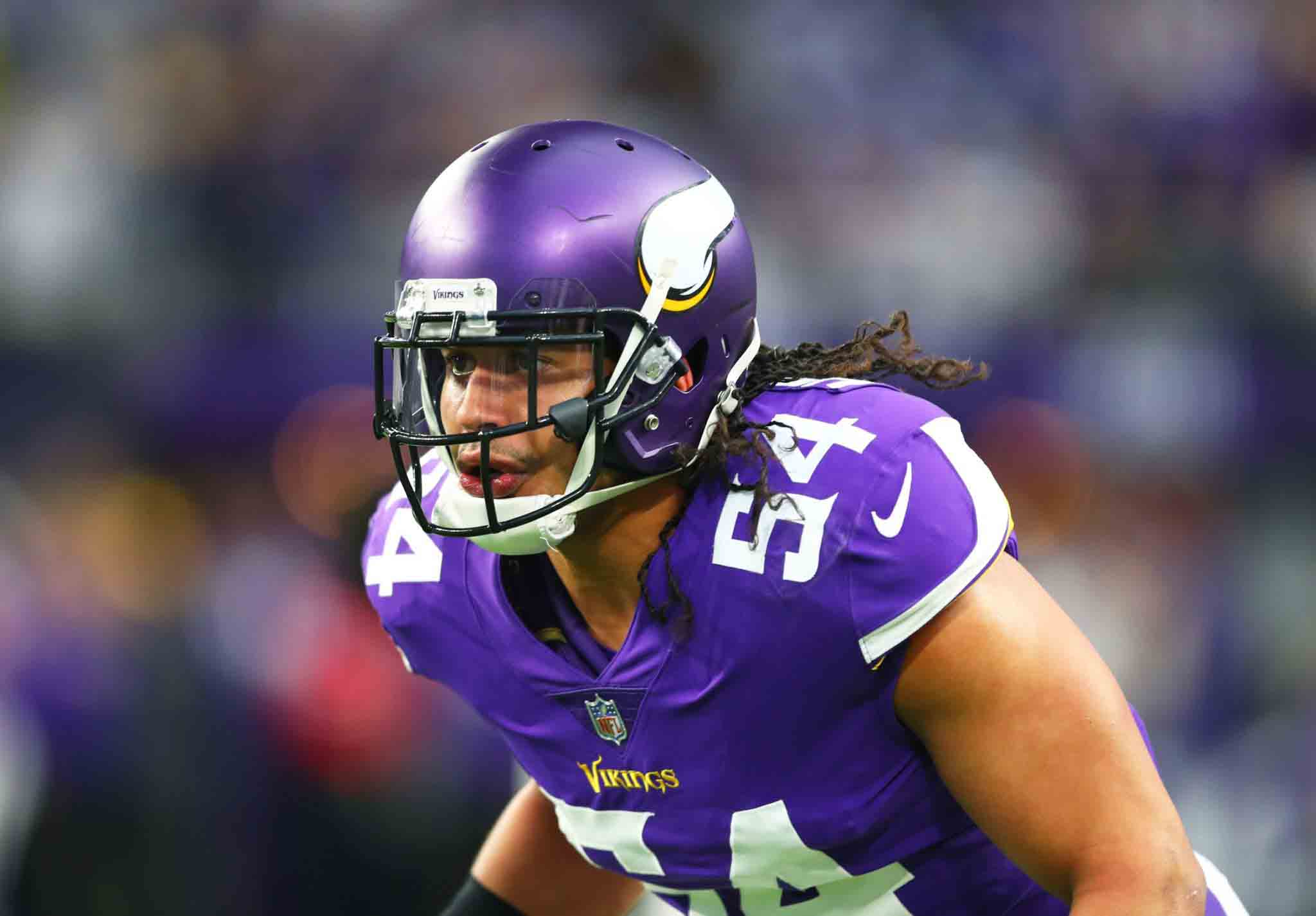 Eric Kendricks has one older brother named Mychal, who is an American football linebacker, and also a younger sister named Danielle. His father was a professional football running back and used to play in the Canadian Football League (CFL). His father was a drug addict, so his parents split up at an early age. So, Eric Kendricks grew up with his mother, older brother, and a younger sister in the family.

Kendrick started playing football at an early age. After joining Herbert Hoover High School, which was in Fresno, he led his team as the captain during the first seasons. During his junior year, Kendrick successfully made two sacks with 85 tackles and ten touchdowns. Eric Kendricks improved his game more in senior years by defended his game by 17 tackles and two interceptions, and also in an offense, he successfully scored 14 touchdowns.

Aside from football, Eric Kendricks caught quite an attention from the basketball and baseball coaches. He was entitled to Tri-Athlete of the Year. The sports website called Rivals.com and sports publishing company site called Scout.com named him as a 3-star recruit. He was also in the All-NorCal first team and All-State third team by the GoldenStatPreps.com. After graduating from high school, Eric Kendricks moved to Los Angeles to attend the University of California for a different football career.

Kendricks joined the UCLA Bruins football team after joining his university. He was in redshirt during his freshman year, and at the end of the freshman year, he was received the Freshman All-American honors and Pac-12 All-Academic team honors by College Football News. Moreover, Eric Kendricks got awarded the Rookie of the Year honor. 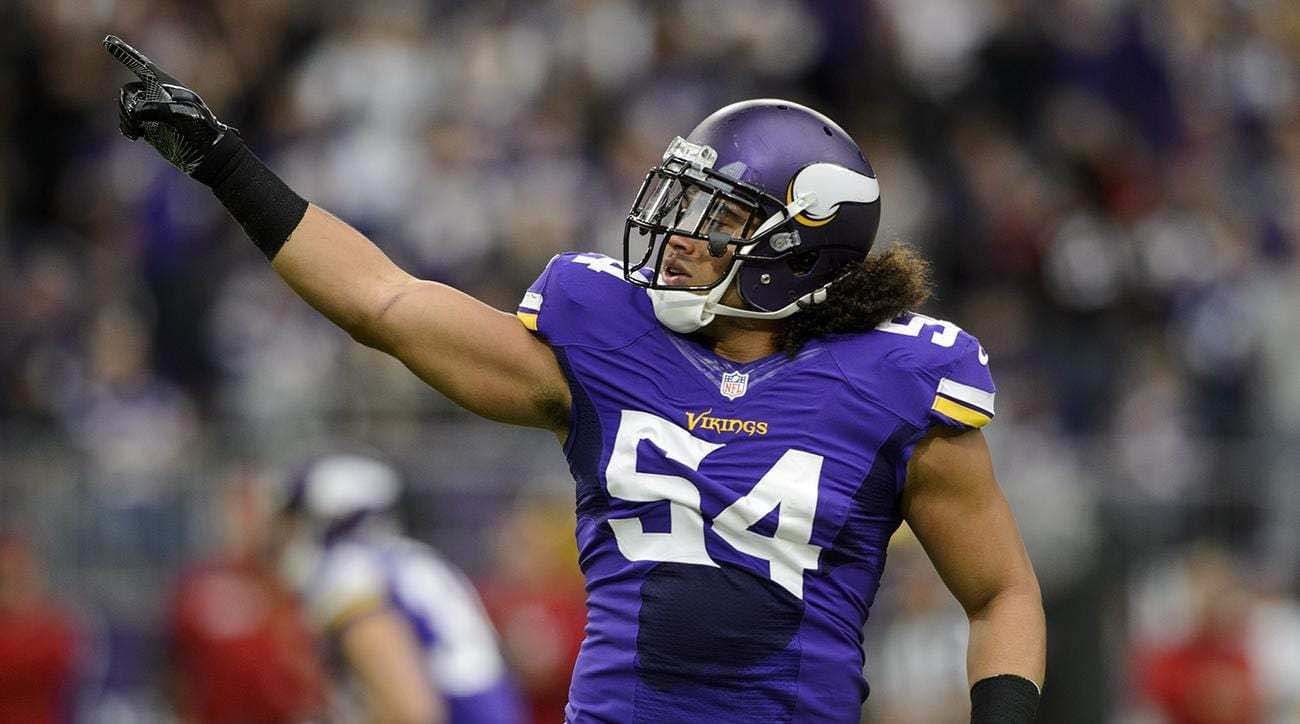 In his sophomore season, Kendrick earned himself Outstanding Defensive Player and received several honors for his outstanding performance against the USC. Kendricks led the team by an average of 10.64 tackle, ranking at the No.11 position to show the highest tackle. Additionally, he made two fumbles and a booming punt block and his first college career interception. In his junior year, Eric Kendricks broke his record for an average of 8.8 tackles in each game. He received the UCLA Captains Award for his leadership in defense and Bruin Force Award.

During his senior year, he started and led the game for three straight years. In the Football Bowl Subdivision, he broke all the previous records of Jerry Robinson by making overall of single 149 tackles and a total of 481 tackles in the game. At the end of the year, Eric Kendricks was regarded as the second-team All American. He also won the Butkus Award and was honored to the most valuable player.

Eric Kendricks started his professional career in the 2015 season as a middle linebacker of the team. He opened the game against the San Francisco 49ers, losing the game by 20-3 points. The following week, the team lost against Denver Broncos by 23-20 points. In Week 6, Kendrick made his first victory game by leading the team with ten combined tackles, among which 9 of them were his solo tackles making its season-high and setting the franchise record. They defeated the Kansas City Chiefs by 16-10 points.

In the second game against Detroit Lions, he leads the team by making six solo tackles and two sacks, setting the season-high defeating the opponent by 28-19 points. In 2019, Kendricks was entitled to NFL Defensive Rookie for the month for his performances. The following week, Kendricks missed two games due to injury but made his comeback, winning the title for NFC North. Pro Football Writers of America (PFWA) include Eric Kendricks in the 2015 NFL All-Rookie team.

During the 2016 seasons, Kendricks missed most of the game due to his hamstring injury but made his comeback against Tennessee Titans and Houston Texans, winning the game both time and also achieved NFC Defensive Player of the Week. Following the seasons of 2017, 2018, and 2019, Eric Kendricks played for the Vikings, extending the contract with 50 million dollars. After the straight victory, the Vikings were defeated by Green Bay Packers and San Francisco 49ers in the final week. 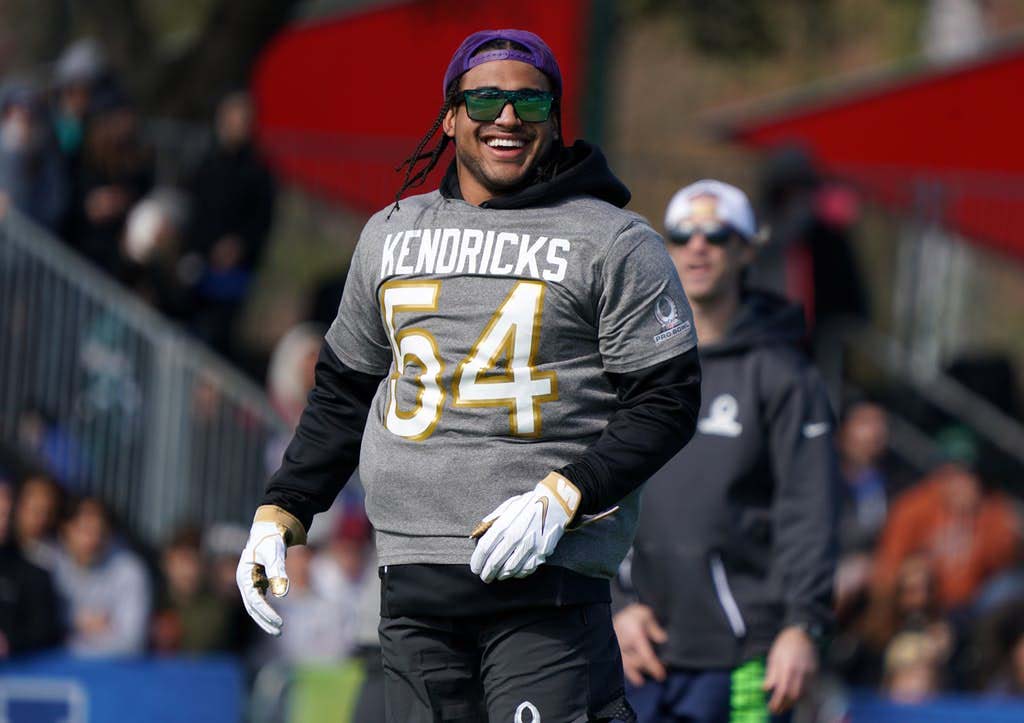 Eric Kendrick celebrated his 28th birthday this year as of 2020. He is unmarried but is currently dating a beautiful girl named Ally Courtnall, who is also a model. Kendricks doesn’t hesitate to share about her love life and family on social media. Kendrick has over 152 thousand followers on Instagram and goes by the name @erickendricks54.

Kendrick is fond of a pet named Basil. He shared his love for animals and called himself an “animal person” in the featured show called Vikings connected in an episode of Purple Pups. Eric Kendricks loves to have all sorts of animals like a lizard, snakes, and other animals as a pet.

Kendrick has career earnings of about 20 million dollars. After extending the contract with the Vikings, we can estimate that his net worth has increased to be over 25 million dollars, excluding winning bonuses.