Erling Haaland is a professional footballer from Norway. He is famous for representing “Borussia Dortmund” and “Norway National Team” in various tournaments. Erling got taken as one of the greatest young football players in the world.

Likewise, Erling has been part of the clubs like “Bryne,” ” Molde,” and “Red Bull Salzburg.” He has represented the “Red Bull Salzburg” club to win the “Austrian Cup” and “Austrian Bundesliga.” Erling is also the first teenager to score in the “UEFA Champions League” in five matches in a row. It was during the 2019-20 season.

Erling also got transferred into the club “Borussia Dortmund” in December 2019. It was a contract of €20 million. He became the second teenager to score ten goals during the “2019-20 Champions League Campaign.” Erling won the honor of the “Golden Boot” during the “2019 FIFA U-20 World Cup.” Erling started playing for the senior team of Norway in September 2019. 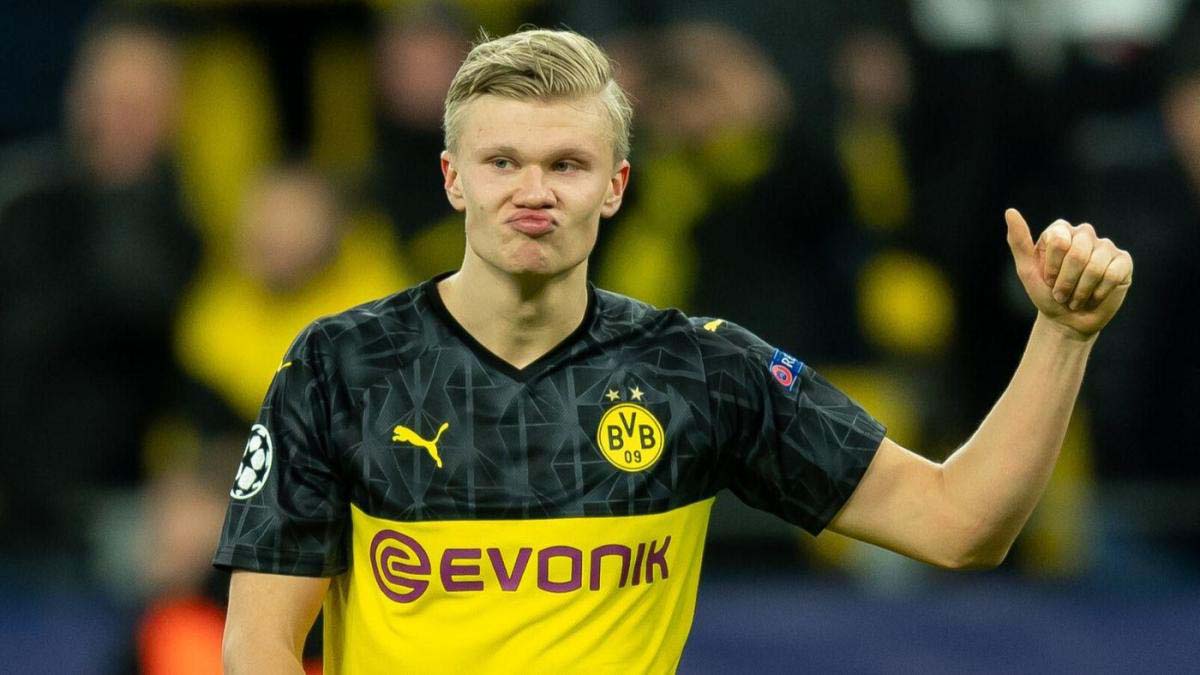 During the birth of Erling, his father was playing in the “Premier League” in Leeds. Erling Haaland migrated to his parents’ hometown in Bryne, Norway, in 2004 at the time of three years old. Erling grew up with his sister Gabrielle and elder brother Astor.

Erling was active in sports since young days. He was energetic and passionate about football and other sports, including handball, athletics, and golf.

The educational background of Erling is not available.

Erling joined the football academy at the age of five. The name of the club was “Bryne.” He got his mentorship from coach Alf Igne Bernstein. His coach shared in an interview that the very first day he met Erling, he was excellent even he hadn’t played in the club before. During the indoor training, Erling, along with a one-year senior group, scored a goal with his two touches. He started playing the group of his age, but his skills promoted him to the Under-6 group.

Moreover, Erling Haaland played for the team “Bryne 2” during the 2015-16 season. He left a strong impression by scoring 18 goals in a total of 14 matches. Erling debuted in the “1. division” against Ranheim on May 12, 2016, who was only 15 years at that time. After playing 16 matches for the team, he joined “Molde.” 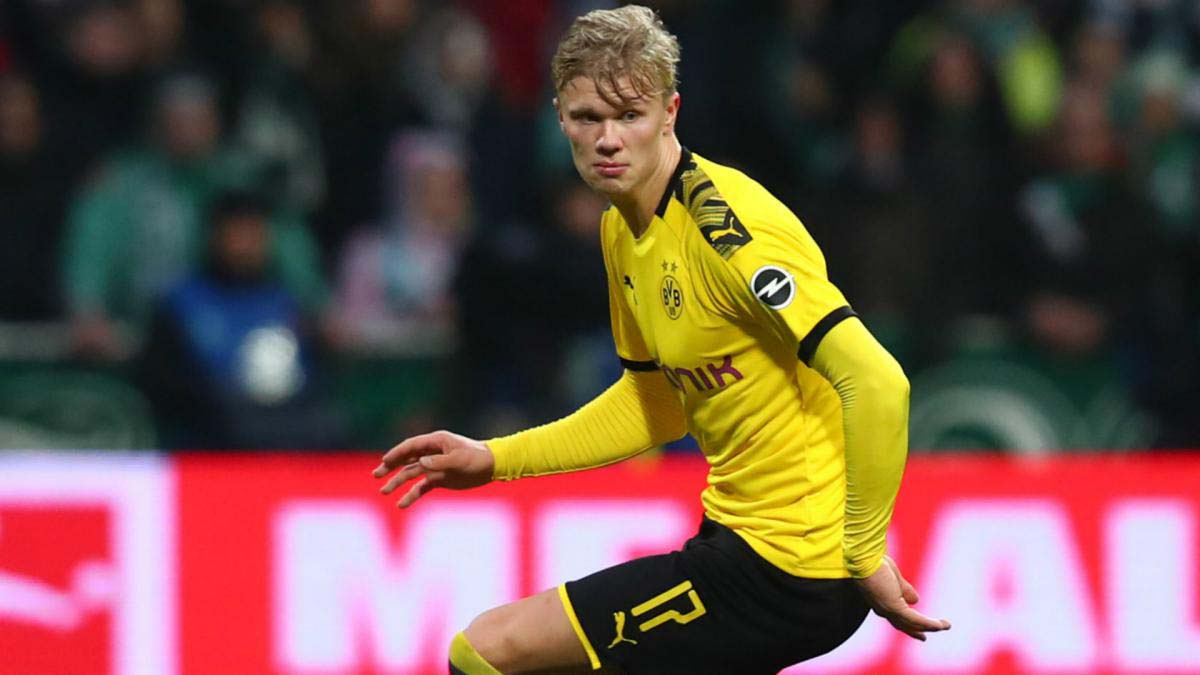 He also played for the title of “Elitserien” on June 4, 2017, his first league against “Sarpsborg 08.” He entered the ground in 71 minutes, received a yellow card just after 65 seconds, and scored a goal in the 77th minute.

Erling scored his second goal of the league on September 17. It was the match against “Viking,” and they won the victory. He completed the season with four goals in 20 games.

Erling also earned the title of “Eliteserien Breakthrough of the Year Award” for his outstanding performance in the “2018 Eliteserien.” He became the “Top Goal Scorer” of “Molde” with 16 goals in a total of 30 games by the end of the 2018 season. Then, he received various offers from the clubs, including “Leeds United,” but he chose ” Red Bull Salzburg.”

Moreover, Erling joined the “Red Bull Salzburg” on January 1, 2019, with a five-year contract. Erling Haaland secured his opening hat trick for the club in the “Austrian Cup” on July 19, 2019. It was a match against “SC-ESV Parndorf.” The game ended with a score of 7-1. He repeated his Patrick on August 10. It was the match against “Wolfsberger AC” with a score of “5-2.”Then, he scored his third hat trick in a game against ” TSB Hartberg” on 14th September with a score of “7-2.” He scored 11 goals in a total of seven games in the season.

Erling then joined “Borussia Dortmund” in January 2020. It was a transfer with a four and half years contract of €20 million. He again scored a hat trick against “Augsburg” on January 18, 2020, with a number of 5-3. Erling scored two goals in the match against “Paris Saint-Germain” with a score of 2-1 on February 18, 2020. During his participation in the “Champions League Football,” against ” RB Leipzig,” he scored two goals and finished with a count of 2-0 on June 20, 2020.

Erling positively got focused on his football matches. He is a rising star who passionately loves to spend time with football than anything else. There are no details about Erling being in a relationship. Erling Haaland appears to be focusing on his career for several years before starting a romantic relationship. 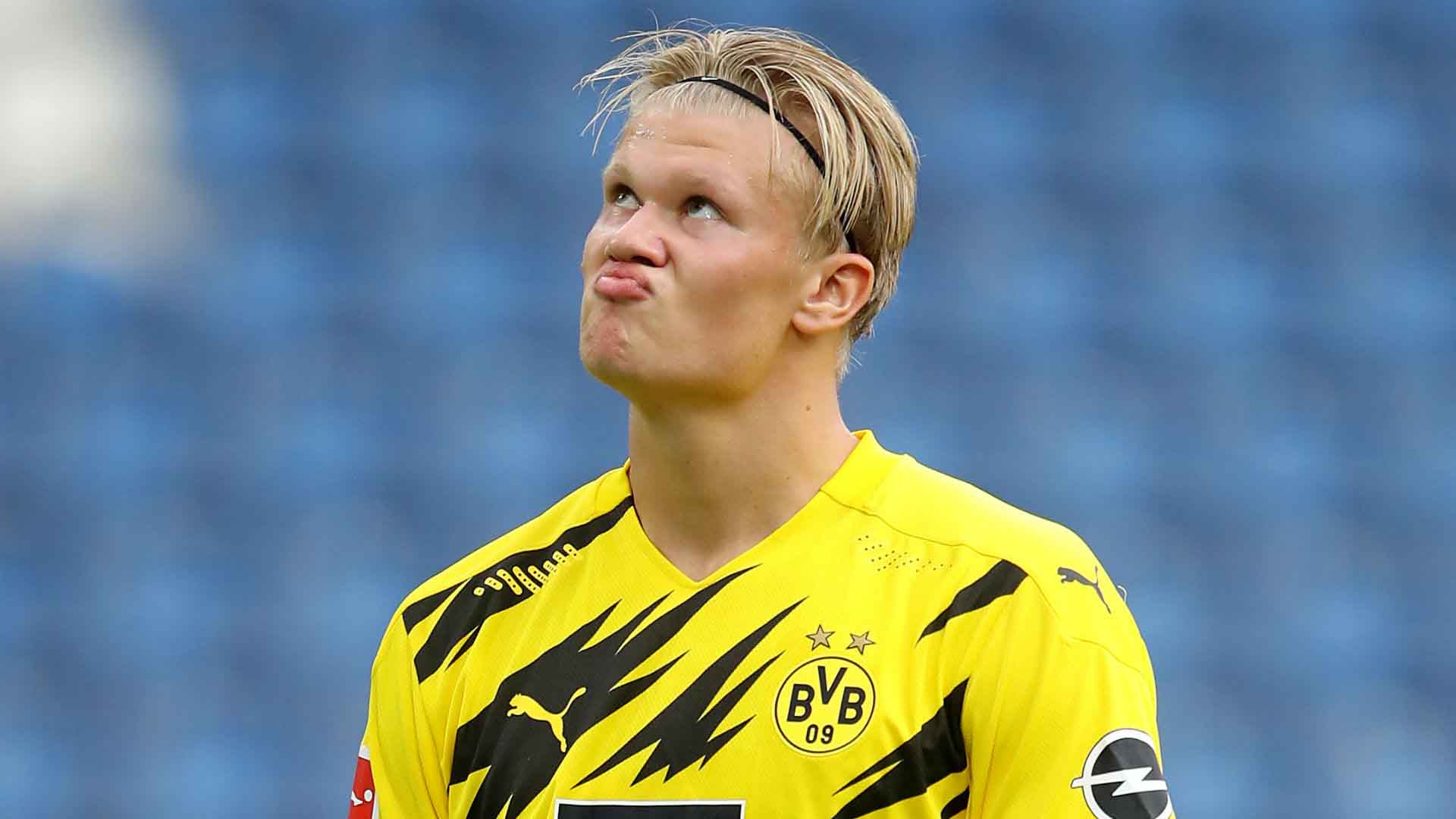 Erling Haaland is a part of professional sports for more than five years. He is a part of big tournaments with excellent performance. According to wtfoot.com, Erling has a relative net worth of 4 million Euros. He still has a long way to go.

His nationality is Norwegian. He belongs to white ethnicity. His current age is 20. Erling Haaland has a height of 6 feet 4 inches with a heavyweight of 88 kgs.