Who is Fred Vanvleet?

Fred Vanvleet is a professional basketball player from America. He represents the team “Toronto Raptors.” Fred was part of the team of the “Wichita State University” before entering the NBA. He was part of the “Wichita State Shockers.” The team succeeded to become part of the “Final Four” in the “NCAA Division I” in the men’s category. Similarly, the team succeeded to enjoy an undefeated season in the “2013-2014” season. He became the “2014 NCAA Men’s Basketball All-American.”

The full name of Fred is Frederick Edmund VanVleet Sr. The nationality of Fred is American. The current age of Fred is 26. He has an attractive height of 6 feet 1 inch along with a complimentary weight of 89 kgs. He belongs to the African-African ethnicity. 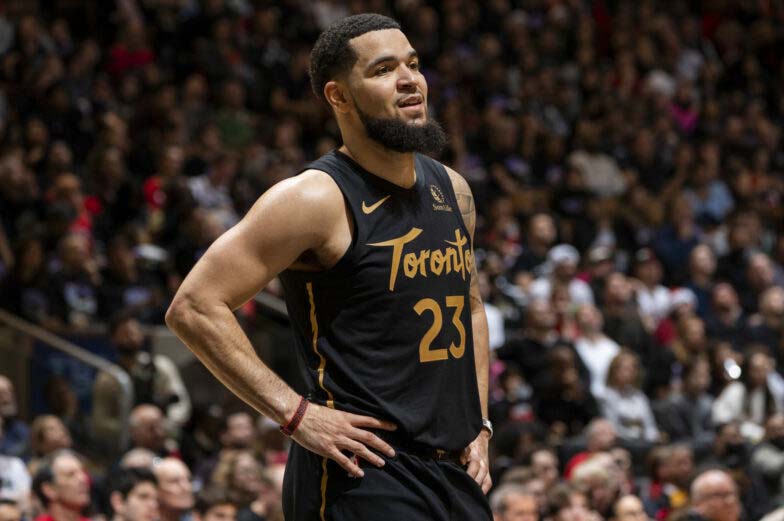 The birthplace of Fred is Rockford, Illinois. He came into the world on 25th February 1994. His father’s name is Fred Manning. He died in a shootout in 1999. Fred’s mother’s name is Susan. She married again with Joe Danforth.

Fred Vanvleet is got his passion and life partner during his high school days. He met Shontai Neal. After knowing each other for a long time. They have no married yet. The couple is blessed with a daughter Sanaa and a baby boy Fred Jr.

Fred Vanvleet is active on social media platforms. He goes with the name of “fredvanvleet” on Instagram with 725K and “Fred VanVleet” on Twitter with 155.1K followers.  His Facebook page “Fred Vanvleet” has 35K followers.

Fred Vanvleet attended “Auburn High School.” The “Chicago Sun-Times”, “Chicago Tribune”, and “Associated Press” selected him as the “All-State first Team” in 2012. He helped his team to win 22 games. Fred was also responsible to take his team to the “Final Four” in the tournament of “Illinois High School Association” for the first time after 1975. The team became the second runner-up in the “IHSA State Tournament.” Fred remained in the “Amateur Athletic Union” (AAU) instead of joining the top teams of Chicago.

Likewise,  Fred Vanvleet represented the “Wichita State Shockers” in the “2013 NCAA Men’s Division I Basketball Tournament.” The team succeeded to reach the “Four Final” in the tournament. The “United States Basketball Writers Association” selected Fred in the list of the “23-Man Oscar Robertson Award” on January 23rd, 2014. He was also on the list of the and Top 23  for the “Bob Cousy Award.” He was one of the ten semi-finalists to receive the nomination for the “Naismith Award.”

He also led the team to the “NCAA Division I” in the “2013-2014 season.” He also became the “Missouri Valley Conference Men’s  Basketball Player of the Year.”

Moreover, Fred Vanvleet became the “2014 NCAA Men’s Basketball All-American.” The “Sports Illustrated” had selected him for the honor. The “Associated Press” honored him with several recognitions. The “United States Basketball Writers Association” (USBWA) placed him in the list of the “All-District VI” on March 11. He also became a famous public speaker after he gave a “commencement speech” after the sophomore year of high school.

Fred succeeded to make his first “Triple Double” for his team “Wichita State Shockers Men’s Basketball Team.” It was after forty-three years that the team has gained the honor on 7th February 2015. He succeeded to score 27 points for the team “Indiana” during the “2015 NCAA Men’s Division I Basketball Tournament.” This was his performance during his junior days.

The professional career of Fred Vanvleet started after he signed a contract with the “Toronto Raptors” for the “2016 NBA Summer League”. “Toronto Raptors” was also once coached by Lenny Wilkens. He signed another contract with the team for multiple years on 18th July. After the training camp, Fred succeeded to remain on the roster. He the first official match of his life on 9th November 2016. It was the match against the “Oklahoma City Thunder.” Fred played only for n26 seconds in the match. He was part of the team of the “Raptors 905” that won the “Championship-Winning Team” in April 2017.

Fred made his first career-high with 16 points in the match against the “Indiana Pacers” on 25Th November 2017. He also scored the new career-high against the “Cleveland Claviers” with 22 points. His point reached 25 in the match against the “Los Angeles Lakers.” He finished the “2017-2018” season with an average of 8.6 points, rebounds of 2.4, and assists of 3.2 in a total of 76 games. His net efficiency per possession helped him hold the number four ranking in the “NBA.” Fred also received the nomination of the “NBA Sixth Man of the Year Award.”

He extended his contract with the team on 6Th July 2018. His season-high was points of 19 on 9th December 2018. It was in the match against “Milwaukee Bucks” with a final score of “104-99.”He faced an injury in the finals of the “2019 NBA.” It was the match against “Golden State.” This resulted in seven stitches. He also played an important role for the team to win the “NBA Championship.”He recently extended his contract with the team in November 2020. It was a four-year contract of $85 million. 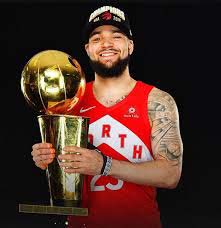