Geno Atkins is a professional football defensive tackle for Cincinnati Bengals, a football team in National Football League (NFL). He is selected in First-Team All-Pro twice and became Pro Bowler eight times till today. His playstyle and teamwork with the team have proved that he is one of the best players in football’s American history.

Geno Reynard Atkins Jr. was born on 28th March 1988 to Gene Atkins (father) and Sandra Atkins (mother) in Florida. His dad was a former professional National Football League football player. So with the support from his father, he started playing football from a young age. When he was at St. Thomas Aquinas High School, Geno played in the class 5A championship in 2004 and the following year but achieved second place in both tournaments. He was called the best defensive player then. He participated in many games while he was in school, and he was listed in the top defensive players in the country. He was ranked 24th. 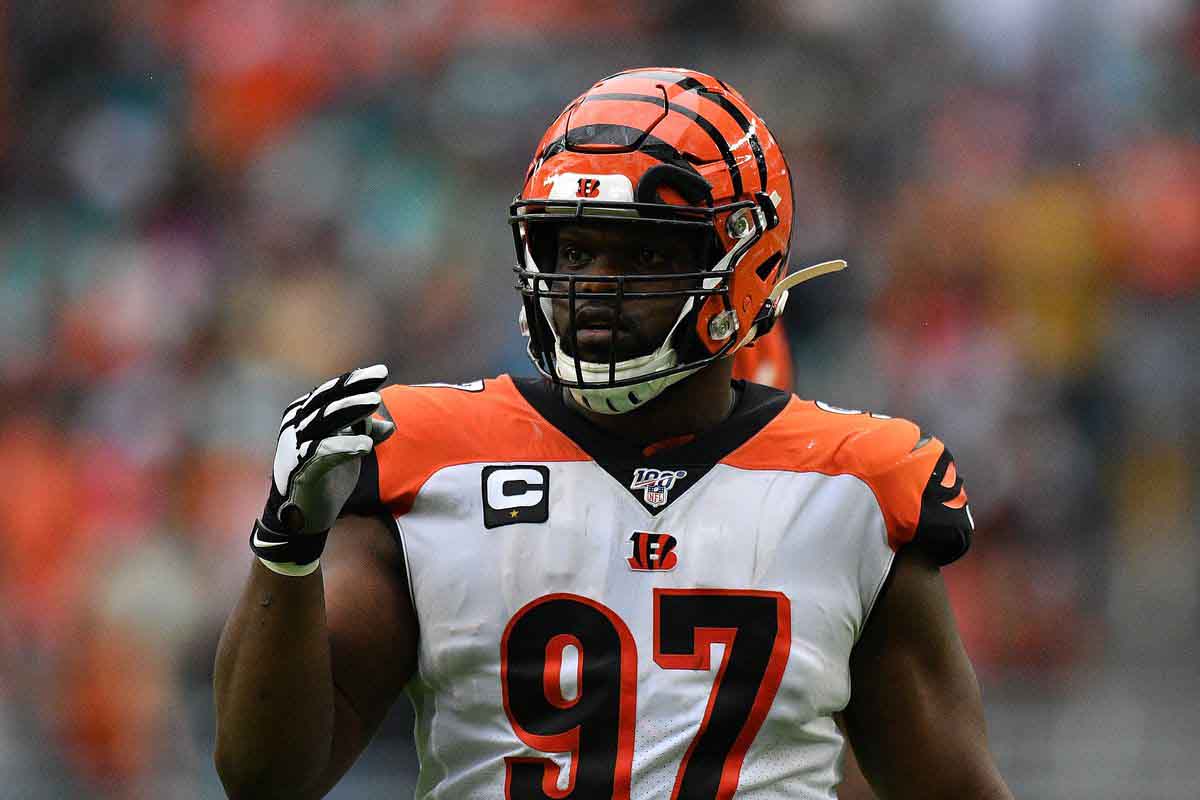 After school, he went to study at the University of Georgia. He played 11 games when he was in college in the first season. Geno Atkins progressed the next year and got to play much more fun in the second season. He was named in First-team All-SEC at the end of that season. His third season was fine cause he got a chance to play in the Captian Bowl.

Geno Atkins was selected in Cincinnati Bengals in the fourth round of the selection, where 120 is overall sections in the 2010 NFL Drafts. He was chosen as the 12th defensive tackle. Geno Atkins was signed for a four-year contract on 16th July 2010. He got selected as a fourth defensive tackle by coach Marvin after he showed his skills during training camps. He made into the field as a professional during the Cincinnati Bengal’s season-opening. Atkins was able to make a record as season-high three combined tackles on 14th November that year. He finished his first season learning a lot and with 16 combined tackles.

On 16th August 2011, Geno Atkins was named starting defensive tackle since some players were injured, and some didn’t join training camps. He was able to pull off some great and more tackles this season with 47 tackles where 26 were solo. He helped the Cincinnati Bengals, giving them many sack leads.

His 2012 session went very well as he was able to display his great tackles and got many sack for the team. His team was winning every game this season. They tasted victory at Jacksonville Jaguars, Kansas City Chiefs, and others too. Atkins in 2013 was voted to the Pro Bowl, which was announced on 26th December 2012, and received second-most votes for a defensive tackle. 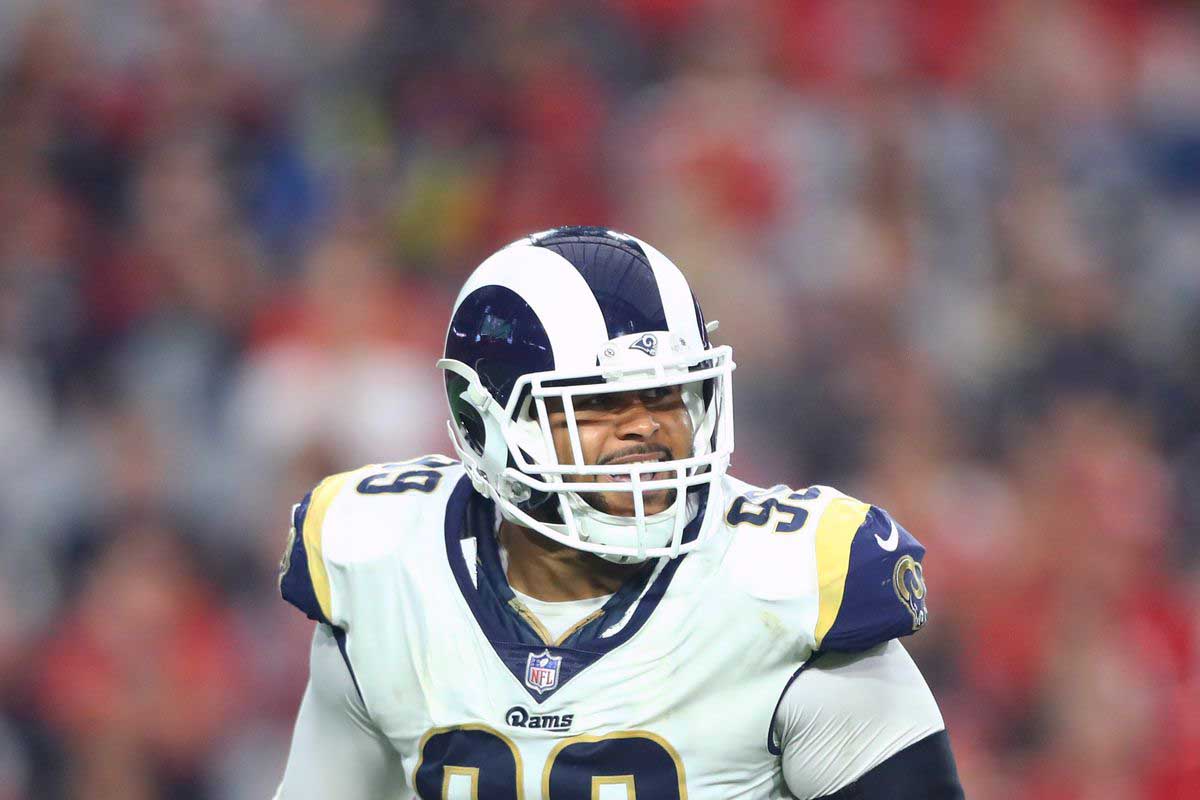 Geno Atkins was doing good as always and making recond in season-wise kits, but he got injured on 31st October 2013. He had to do leg surgery to repair his torn ACL. His season of 2014 was as impressive as always; he made a total of 34 combined tackles. For the 2015 Pro Bowl, he was voted as well. And in 2016 too. He was 68th rank on the Top 100 Players of NFL 2017. It was not a great deal to make a seasonal record for sack or tackle, as he was known as the league’s best defensive tackle. He was ranked 63rd this time on the 2018 Top 100 Players of NFL. Geno Atkins signed a four-year contract extension with the Cincinnati Bengals on 28th August 2018.

American tackle expert Geno Atkins is quite hard to deal with for the opposing team. Geno is just 31 years old, standing six feet and one inch (185 cm). He weighs 136 kilograms, which we might think is a lot, but that’s what you need in football. The more you consider, the more advantages you have. His zodiac sign is Aries, and Jersey number is #97. He has a dark skin color, black hair, and dark brown eyes. He has this nappy hair and beard that’s quite attractive. His body is bulky as other players. 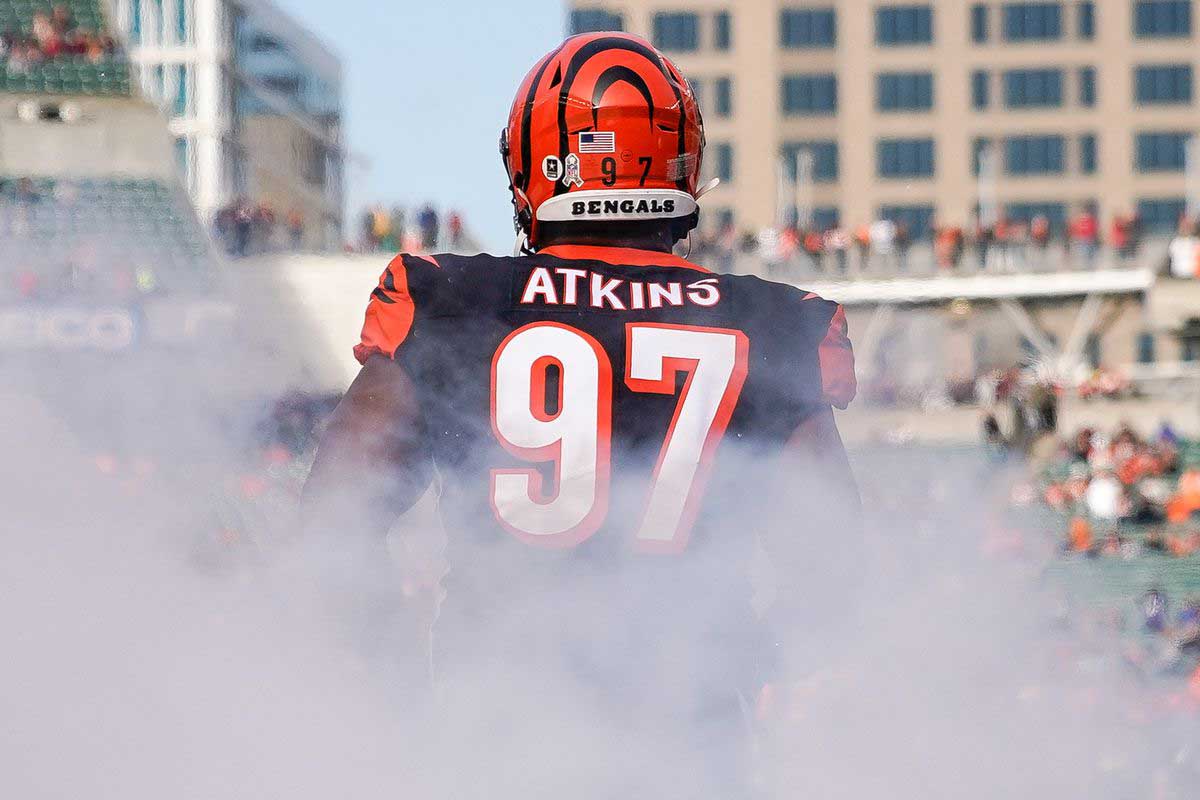 Geno Atkins was involved with Kristen Merritt since his college; then, the couple decided to marry. They got married on 25th June 2016 at some hotel named St. Regis in Georgia. This beautiful couple gave birth to a son in 2019 who is called the same as his dad, Gene Atkins (the 3rd). During his early year at the University of Georgia, he found out that he was suffering from Sickle Cell Trait.

His father played for the New Orleans Saints and Miami Dolphins, some professional football teams as safety (role).

The big guy has a sponsorship with Nike and Power bar and from the collective information, we gathered, He has an estimated net worth more than $50 million dollars.