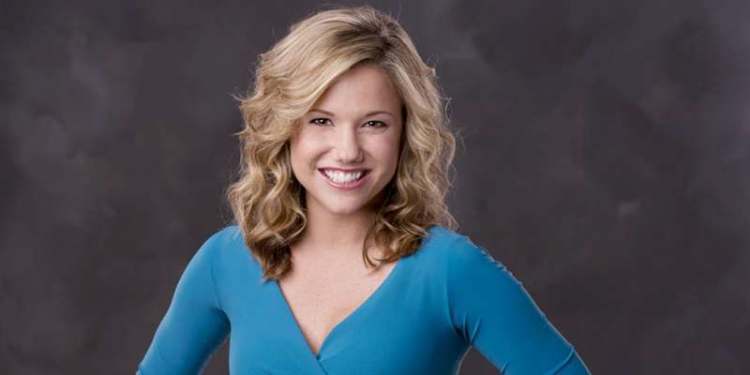 Jaymee Sire is a professional television host who is currently hosting a Food Network podcast. Similarly, she is also worked as a sports commentator in a popular channel called ESPN. Her skills and work are considered as the best which she earned after hosting in various popular live channels.

Besides, Sire was also nominated for 3 regional awards and a one-time winner at CSN Bay Area. In addition to that, she also received a Pacific Southwest Emmy Award at KFMB because of her best sports story back in 2007. Following that, there are also tons of awards that Sire has won during her professional career.

Jaymee was born on 25 August 1980, in Great Falls, Montana, U.S. She is a daughter of Dennis Sire (Father) and Wendy Sire (Mother) who are the proud parents of Jaymee from an early age.

Besides, Sire grew up with her brother (Heather Sire) in their home town Montana. Both of the siblings are lovable and caring from a young age. Because of that, they lived a happy life together with their parents.

Apart from this, Sire went to Edward R. Murrow School of Communication located in Washington State University. There she studies journalism so that she can fulfill her dream to become the best journalism and TV hoster in the world.

As a student, Jaymee is also a reporter and a news anchor at WSU Cable 8 where she utilizes her reporting skills and learns more additional things which she didn’t learn before. In addition to that, she was also the president of Kappa Delta Sorority from 2000 to 2001.

Jaymee Sire started her professional career from the KFMB TV show located in San Diego. She worked as a reporter for the channel for all most 5 years. Before that, Sire was also a sideline reporter for KRTV (CBS) which is located in her hometown.

After a successful year, Sire also later hosted “A Day in the Life: Tim Lincecum” which was her own production back in 2011. The overall performance of the channel went excellent and earns tons of positive comments.

Furthermore, Sire joined the Comcast SportsNet Bay Area on where she is a reporter and an anchor for SportsNet Central. Besides, she also worked as a reporter for Giants Pre-Game Live along with Giants Post Game Live.

The biggest moment of Sire’s life is to joining ESPN back in 2013. She debuted as an anchor for “Highlight Express” which is shown on ESPN. While her stay on ESPN, she hosted various shows such as NFL Insiders, Fantasy Football Now, NFL Live, and College Football Live.

From the year 2013 to 2015, Sire was also used to be a sideline reporter at Little League World Series and College World Series.

After taking resigning from ESPN, Sire later joined the Food Network channel. Her overall journey on the food channel was excellent and still going well for her.

Jaymee Sire is in a relationship with her boyfriend Justin Arohoni. The couples meet back in 2018 through Instagram.

Jaymee Sire is a successful reporter and a sports news anchor. Her net worth is estimated around at $1.5 million according to various internal sources.

Jaymee Sire is also active on her social media accounts. She has over 41.7k followers on her Instagram account. She usually posts her hosting the food channel and of course eating food on her Instagram.

In addition, Sire also has a Twitter account with over 49.6k followers. There she mostly tweets about the trending topics and what is currently happing in the world right now or the place where she lives in.

For full biography about your favorite Television Host, please check out Sportscovering.