Butler was born on 14th September of 1989 in the most populous city of Texas called Houston in the U.S. Thus; he is of American nationality. He is the son of Londa Butler, but there is no information regarding his father. But Butler didn’t receive the love of his parents in his life. His father had already left him when he was a child, but his mother abandoned him when he was 13 years old. After that, Jimmy Butler spent his life living in a friend’s house. Although his parents abandoned him, he still loves them and is in contact.

Butler attended Tomball High School, where he used to play basketball; he caught the attention of a former American football player named Jordan Leslie. They became close soon after, and Butler started living with him. His family also accepted him and took care of him. During his high school, Jimmy Butler scored an average of 10 points in each game and in senior with an average of 19.9 points. He got entitled to the team’s valuable player. Butler later joined Tyler Junior College and studied there for two years but got transferred to Marquette University in 2018 to achieve a professional basketball career. 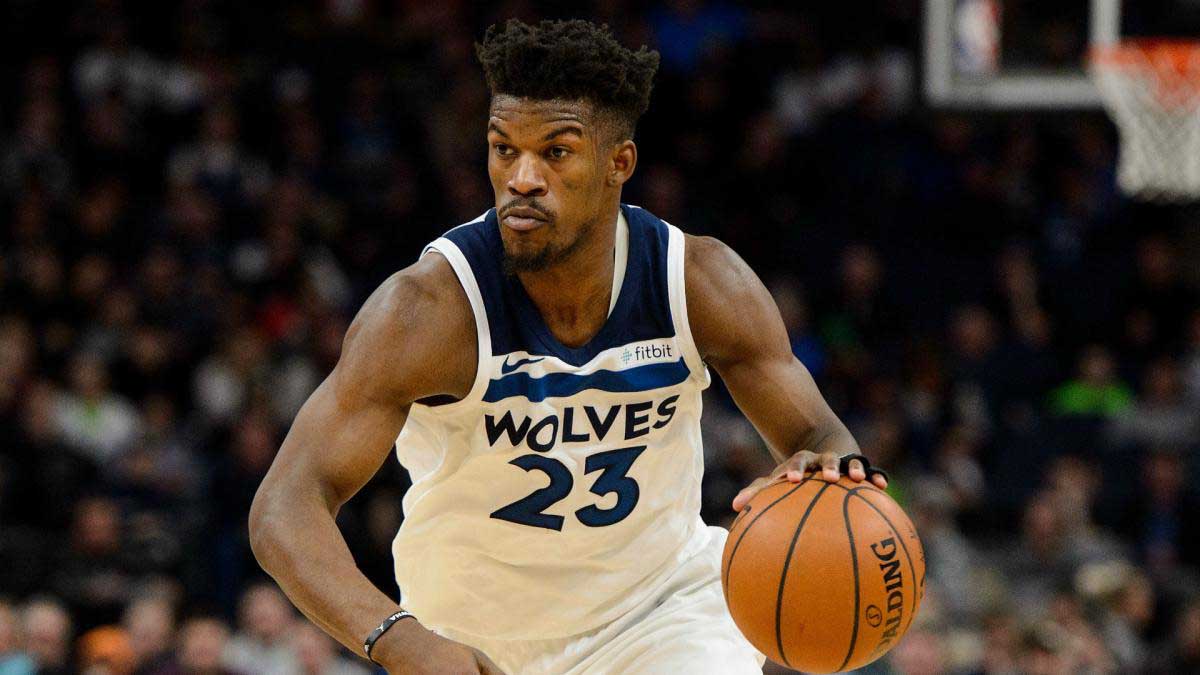 Butler started his college career in Tyler. During his freshman year, he caught the attention of the Division I programs by scoring an average of 18.1 points in each game with additional 7.7 rebounds and 3.1 assists. 247Sports.com ranked him as a two-star recruit.

Jimmy Butler achieved the scholarship from Marquette and transferred there in 2018. In the 2008-09 season, Butler led the Marquette defeating UConn and St.John’s. He earned All-Big East Honorable Mention recognition in his first season of the game. Butler scored the 5.6 points on average with 3.9 rebounds, and in the second season, he scored 14.7 points average and 6.4 rebounds in each game. In his final season, Jimmy Butler broke his average point record by setting a 15.7 points standard in each match. He again received All-Big East Honorable Mention for the second time.

After graduating from his university, Butler participated in the 2011 NBA Draft. He got picked in the 30th round by Chicago Bulls. His professional profession started in 2011 when he signed the agreement with Chicago Bulls.

Butler started his career game in the 2011-12 season, but he could not play in the limited time but participated in 42 games. In the 2012-13 season, he played an overall of 82 games. During the game against the Toronto Raptors, Butler made his career-high scores of 28 points. Butler started setting his career-high points for the rest of the season against Memphis Grizzles and Orlando Magic. In the following week against New York Knicks, he set another career-high record for 14 rebounds with 22 points. Butler achieved the NBA All-Defensive Second Team honor at the end of the 2013-14 season. 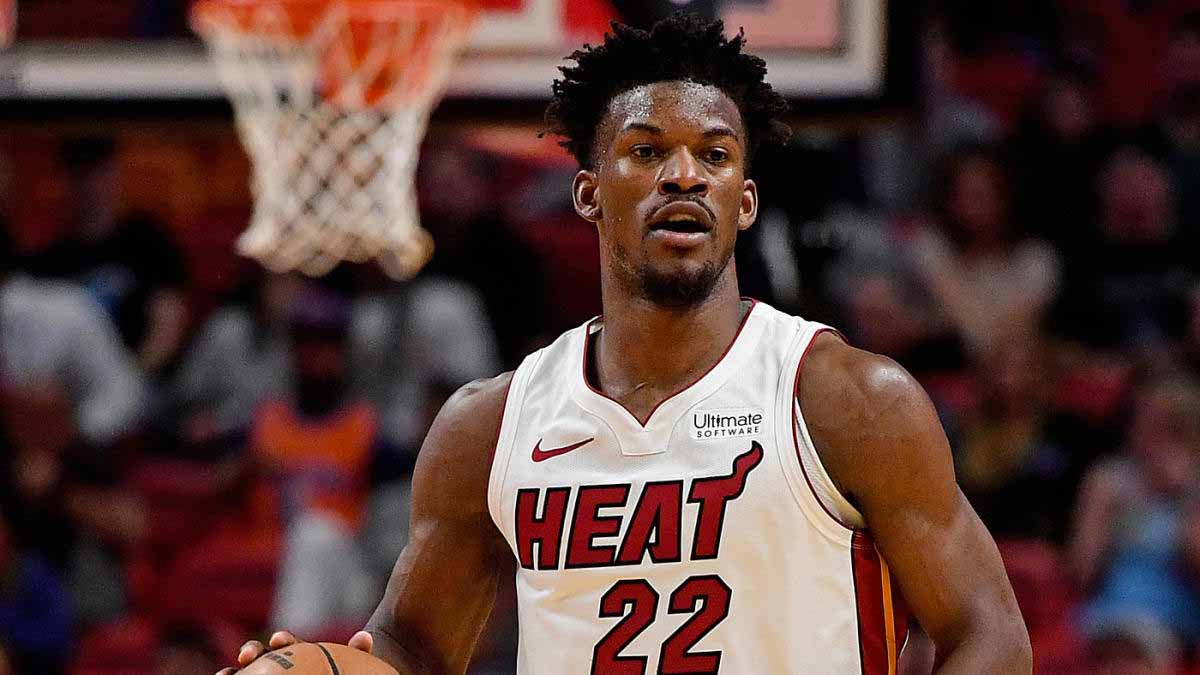 During the 2014-15 season, Butler played the losing game against Denver Nuggets but scoring his career-high points. That month, he got entitled as Eastern Conference Player of the Month. Later that week, Jimmy Butler defeated the New York with 103-97 points where Knicks scored the 35 points of new career-high scores. Butler achieved title for the 2015 NBA All-Star Game in the first week of 2015. After that, the team won against Charlotte Hornets, Milwaukee bucks but was defeated by Cleveland Cavaliers in the semi-final of the season. In franchise history, Butler became the first player to receive the NBA Most Improved Player award in 2015.

In 2015, Butler signed the 95 million dollars worth of contract of 5 years extension with the Bulls. After that, he broke Michael Jordan’s record during the game against Toronto Raptors. Jimmy Butler played the rest of the two seasons for the Bulls but eventually got traded to Minnesota Timberwolves. He played the 2017-18 season for the team, participating in only ten games due to injury.

In 2018, Butler was traded to the Philadelphia 76ers and played his losing game against Orlando Magic. He could not set the highest records before and be sold once again to Miami Heat after losing the game against the Raptors in the final.

Currently, Butler is playing for the Miami Heat as the small forward and shooting guard. In the 2019 season, he regained the title of Eastern Conference Player of the Week in December. He also set the new career-high record against Atlanta Hawks by making 18 rebounds with additional 11 assists and scoring 20 points. In 2020 of January, Jimmy Butler got entitled to NBA All-Star Game.

Jimmy Butler has had many relationships before. In 2016, he dated a Canadian actress named Shay Mitchell for six months; then, he started dating American track and field star, Lolo Jones. After dating her for a year, he started dating TV personality Rachel Demita in 2018 but soon broke up. Jimmy Butler is currently dating a model named Kaitlin Nowak, and they welcomed their first child in October in 2019. He left the game of 2019 season to be with his girlfriend during her delivery time. 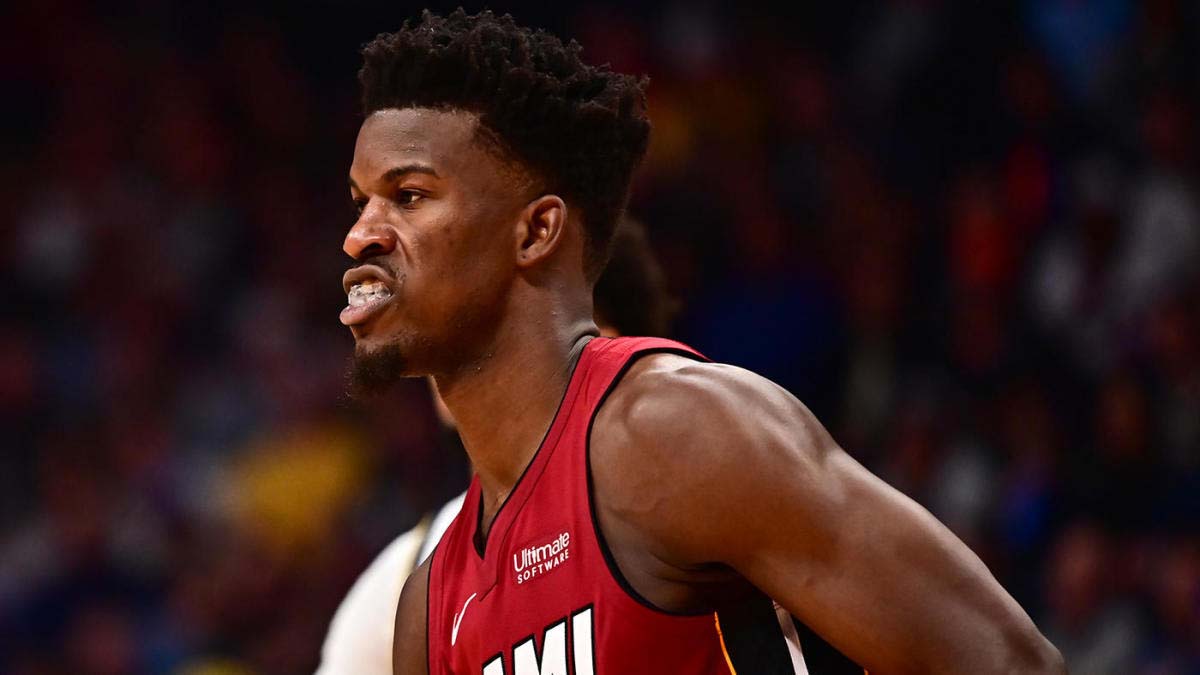 Butler is an active social media user, and there are over 5.2 million followers on his Instagram and a Twitter user with over 675 thousand followers. Besides playing basketball, he loves watching soccer and is a fan of Neymar Jr. Jimmy Butler listens to country music and was also part of Luke Bryan’s song “Light It Up.”

Butler has opened his café in NBA Bubble in Florida.

Talking about his physical features, Butler has an excellent height of 6 feet and 7 inches tall, almost reaching 7 feet. He weighs 104 kg. Butler possesses a dark skin color and curly black short hair. He has the biceps of about 16.5 inches and a chest of 44 inches without tattoos in full body.

Jimmy Butler has a net worth of around 25 million dollars. His salary once reached almost 20 million dollars during the contract with Chicago Bulls. His income source is from basketball, but he also earns quite a sum from his coffee shop and several endorsements.