Khalil Mack was born on 22nd February of 1991. His nationality is American, as he spends the childhood to the city of Florida called Fort Pierce. He is the son of Sandy Mack Sr. and Yolanda Mack, and he has two other brothers, namely LeDarius Mack, who is also an American football player, and Sandy Mack Jr. He started training football at the early age of 5. Khalil Mack was more interested in basketball and baseball.

He joined the Fort Pierce Westwood High School and started as a quarterback, but later, due to his difficulties in ball throw, he changed his position to linebacker. Initially, Mack was planning to go professional in basketball and get a scholarship. Still, due to the injury, he suffered during his second year in high school, he started pursuing football for his career.

In football, Khalil Mack made remarkable progress by reaching No.3 in the All-State championship in Florida and the first-team All-Area championship. Rivals.com ranked him as the two-star recruit in football. As a result, he joined the State University of New York at Buffalo with a full scholarship and played as the Division I football. 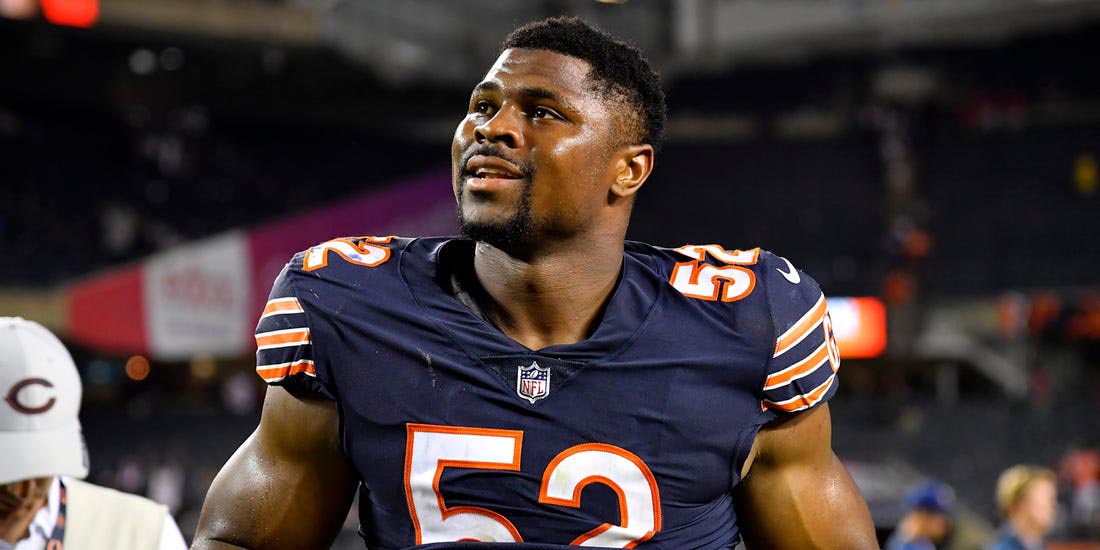 After joining the university, Khalil Mack is a redshirt, and during his first 2009 seasons, he proved himself a good defender. He dominated the game during his sophomore with 68 tackles, ten pass breakups, two forced fumbles, and six quarterback hurries. During his second season, Mack set the record for 94 tackles, eight sacks. He received an honor for two consecutive seasons of his sophomore year. In the 2013 season, Khalil Mack achieved CFPA Linebacker Trophy, and he was also entitled to the 2013 MAC Defensive Player of the Year.

He became the first player of the Bulls to achieve that award and also the only player to be ranked as the Best Buffalo football player for Division I by The Spectrum. The associated press also entitled Khalil Mack as the second-team All American.

Khalil Mack was in rank as the top pick in the 2014 NFL Draft. Finally, he was in the selection in the fifth round of the NFL Draft by the Oakland Raiders. He was the only player of Buffalo to be chosen as the first pick and the highest player from the Buffalo to be selected, breaking the record of the previous player Gerry Philbin from Buffalo. 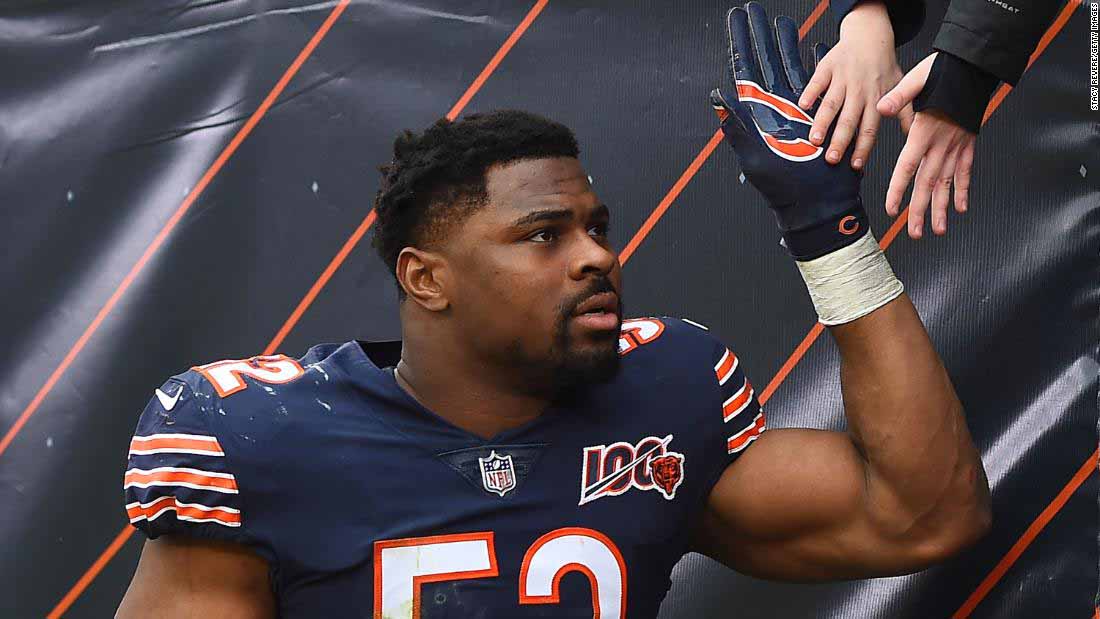 In 2014, Khalil Mack signed the 18.67 million dollars worth of contract with the Oakland Raiders for four years. During his first debut game in the 2014 season, Mack set the record for six tackles losing the game against New York Jets by 19-14 points. He also achieved 11 tackles making the record of season-high against the Arizona Cardinals but losing 24-13 points. He again played the losing game against San Diego Chargers by 13-6 points in the following weeks, setting another record for five tackles.

Khalil Mack achieved his first winning game against the San Francisco 49ers by 24-13 points, where he doubled the sack record of the previous player Philip Kaepernick. During his first season, he scored overall of 59 solo tackles among 59 combined tackles with four sacks and other force fumble and three pass deflections. Mack came in the No. 3 position at the Defensive Rookie of the Year while ESPN’s NFL Live ranked him at No.1.

During the 2015 seasons, Club gives him the numbering choice, but he chose to number 52. In August, The team titles him as the No.1 “leaping” player of the NFL. He started his season as the right defensive end and also linebacker against the Cleveland Browns. Khalil Mack set the two sacks record, winning the game by 27-20 points.

He scored the two sacks once again, losing the game against Detroit Lions by 18-13 points. In the next match against Marcus Mariota, Mack also set 2 bags by 24-21 winning points. Mack set the five sack records against the Denver Broncos’ quarterback Brock Osweiler breaking all the previous records during the week 15. Murphy, and along with his other teammates, were chosen to join the Pro Bowl. For his overall performance in the 2015 seasons, Khalil Mack was in rank at No. 13 in the NFL Top 100 Players of 2016.

During the 2016 season, he set another record for team-high tackles against the opponent Tampa Bay Buccaneers. At the end of the 2016 season, he received the NFL Defensive Player of the Year. He ranked in the fifth position for NFL Top 100 Players of 2017. He achieved the Butkus Award. During the 2017 season, Mack dropped to No. 16 of NFL Top 100 Players of 2018.

In 2018, Chicago Bears traded the Khalil Mack, but he permanently signed the contract with the Bears worth 141 million dollars, where his guaranteed payments were 90 million dollars. His contract is for six years, and he became the most expensive defender of NFL history. He’s been playing for the Bears for two seasons now. He got the NFC Defensive Player of The Month in September. He’s been setting the record in most of the games he played in every season. 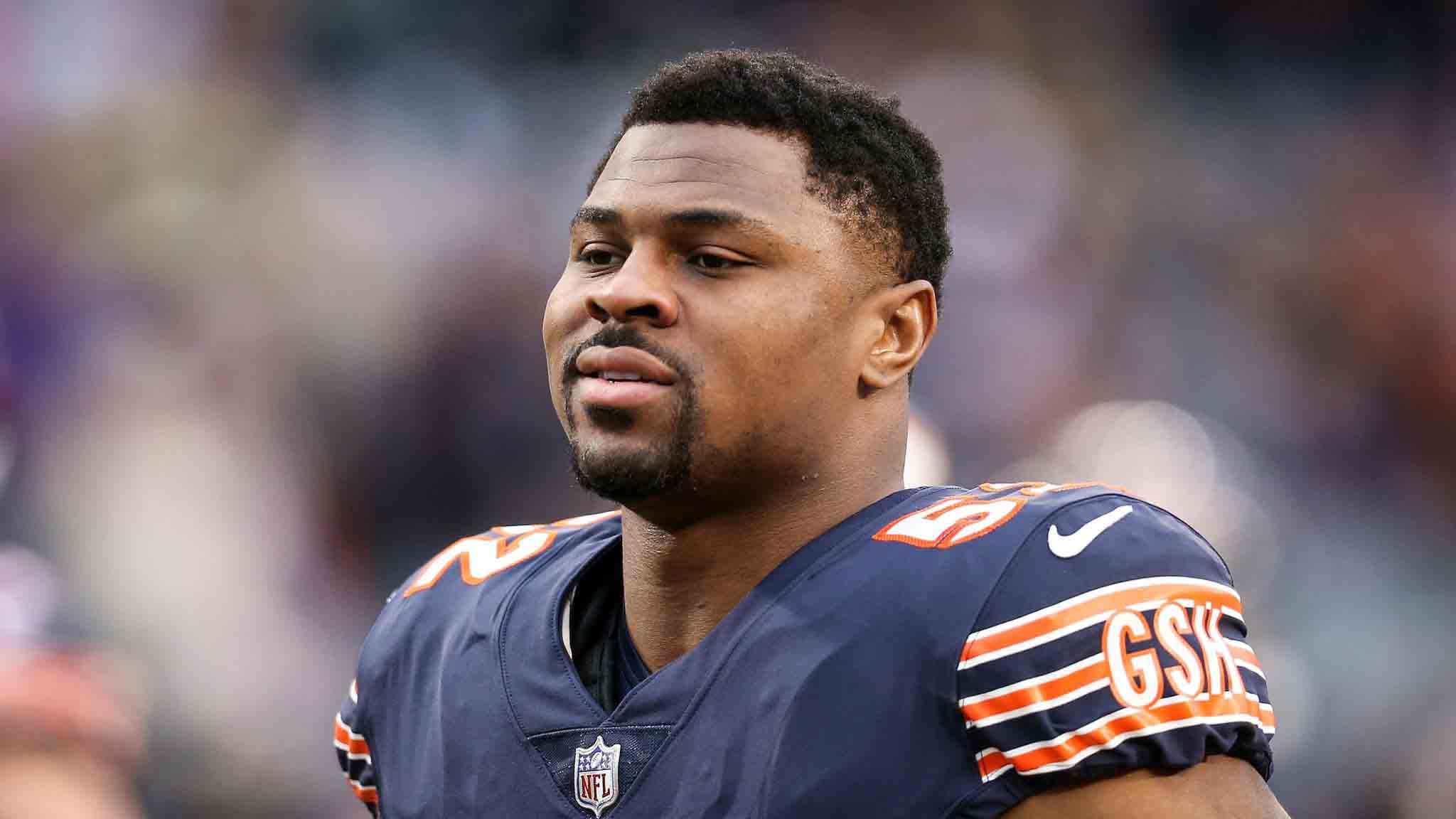 Aside from playing football in two different positions, Mack also has the hobbies of singing in guitar again, writing his songs. He learned to play guitar by himself during his early years in university. American singer Tim McGraw, and American pop band Hanson, are his favorite musicians.

Mack is devoted to Christianity, and the Christian family raises him. He is neither coupled nor seeing anyone at the moment. Achieving his career first is his focus. His social media is flooded with pictures of his time spending in the football ground and expressing his love for his family and friends.