Who is Mark Henry?

Mark Henry is a powerlifter, professional wrestler, and Olympic weightlifter from America. He had even won the title of “World’s Strongest Teenager” and “World’s Strongest Man.” He has even won in the “Olympics” two times. Mark has also won a “Bronze”, “Silver” and “Gold” medal in the “Pan American Games.” His amazing size and power helped him to earn a place in the “American Powerlifting Circle.”

Mark had also held the record of “WDFPF” in the category of the deadlift, raw deadlift, and squat. Mark is popular the drug tested athlete to have the “Biggest Raw Squat” and “Raw Powerlifting.” Then, he shifted his interest towards weightlifting after breaking the record in powerlifting.

Mark Henry has even won “Olympic Festival Champion” two times and “US National Weightlifting Champion” three times. He became part of the “WWE” in 1996. He has even won the “World Heavyweight Champion”, “ECW Championship” and “WWF European Championship.” His ruthlessness and power are his strength that scares the hell out of his opponent.

The birthplace of Mark Henry is Silsbee, Texas. He came into the world on 12th June 1971. His father’s name is Ernest Henry. Mark was only twelve years old when his father passed away. Mark suffered from “Dyslexia” when he was fourteen years old. He was passionate about wrestling from a young age. He used to take “Andre the Giant” as his idol. He had a tall height along with a huge body. The “LA Times” named him the “World’s Strongest Teenager”  when he was eighteen years old. 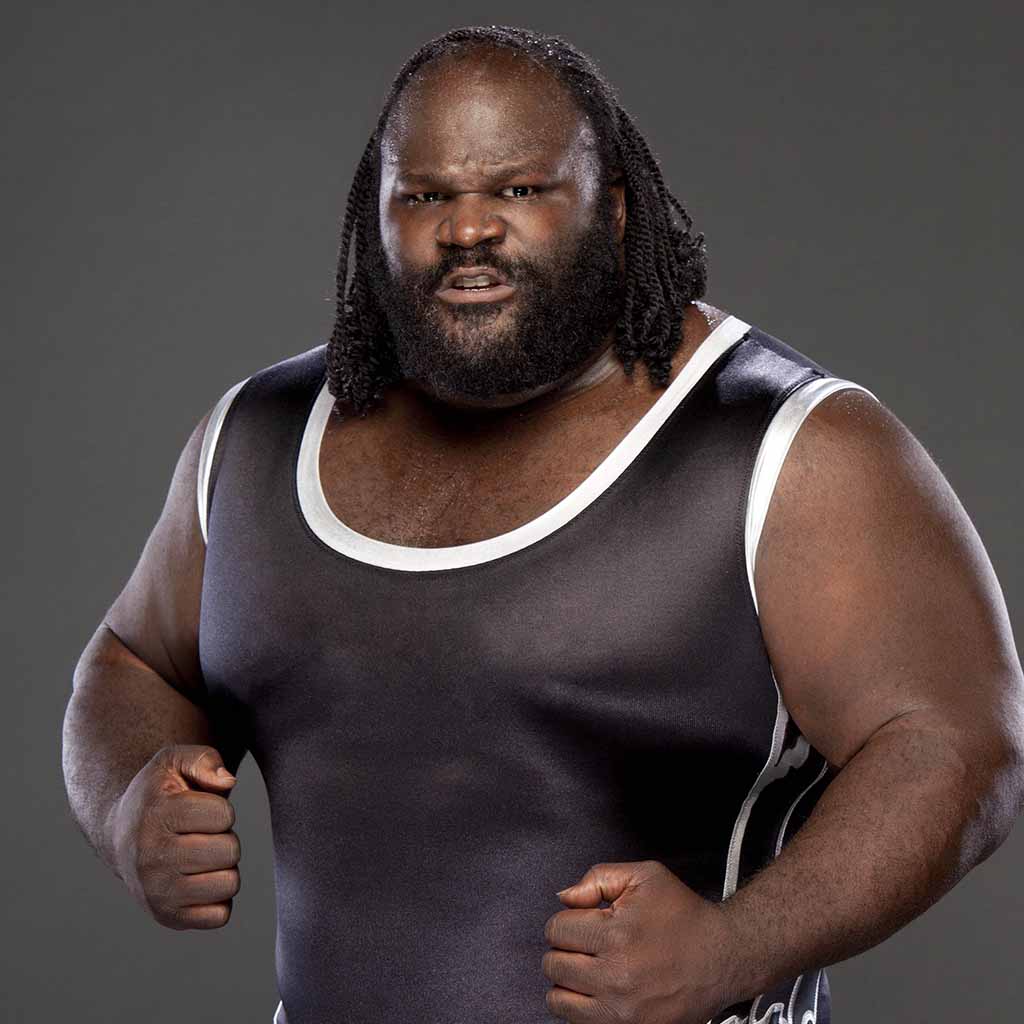 Mark Henry attended “Silsbee High School.” He was active in wrestling during the time. Mark even won the “National High School Powerlifting Championships” in 1990. He won the “Texas State Champion” three times till the completion of his school. Mark was also the national record holder of the powerlifting categories. His score was 525 pounds in the bench press, 832 pounds in the squat, 815 pounds in the deadlift, and 2,033 pounds in total.

Likewise, Mark Henry succeeded to become a successful weightlifter at both the national and continental levels within one year. He also won a lot of weightlifting tournaments. This also opened his doors for powerlifting. He even eon the “ADFPA US National Powerlifting Champion” in 1995. The success didn’t come to him in an easy way. He faced a lot of defeat to win the title. He lost “IPF World Powerlifting Champion” five times and “USAPL National Powerlifting Champion Brad Gillingham” twelve times. Mark succeeded to set two world record. He created one in a squat without a squat suit in the 948.0 pounds category and a raw deadlift in the category of  903.9 pounds.

Moreover, Mark Henry became the “Strongest Man in the World” at the age of 24. He created a new history by lifting new records in all five categories. Mark set a new record in the squat, deadlift in powerlifting,  bench press,  clean and jerk in weightlifting, and the squat. He is popular as “History’s Greatest Lifter.”Mark also won the “1996 US National Weightlifting Championships.” This booked his spot in the “1996 Summer Olympics.” He is popular for being the largest athlete in the history of the Olympics with a height of 6 feet 4 inches in 1996.

That year became the last year of his weightlifting due to his back injury. Although Mark Henry had to stop his weightlifting career his achievement had already opened the door for his new journey. He was the “Youngest Man” to squat without a squat suit in the 900 pounds category. Mark also succeeded to score a total of 2300 pounds in the raw category. He was also the only player to achieve these titles before the age of twenty-five.   Moreover, the owner of WWE Vince McMahon offered a contract in WWE for ten years observing his potential.

Mark Henry received training to appear in the WWF from Leo Burke. His first match in WWF was against Jerry Lawler on 22nd September 1996. He won the match. Mark also won the “Tug of War” against Goldust, Hunter Hearst Helmsley, and Crush. He succeeded to become a regular player in the WWF in no time. Mark teamed up with Jarrett to win the “WWF European Championships” and “WWF Intercontinental” in 1999. He also chose the nickname “Sexual Chocolate.” Mark also claimed to become a sex addict. This also increased his popularity among the fan followers. Mark also started flirting and romancing with WWF women wrestlers.

Mark took a break from wrestling in 2001. His mother passed away in that year. He decided to participate in the “Super Bowl of Weightlifting” in order to give tribute to his mother. He trained for four months before competing in the tournament. Mark succeeded to win all four events and winning the title “World’s Strongest Man” in a record time.

Moreover, Mark Henry was back in the game “Raw Roster” in WWE  in August 2003.  He appeared in the “Extreme Championship Wrestling” (ECW) in 2008. Mark won the title by defeating Big Show and Kane. Then, Mark joined the “Raw” brand during the trade-in in June 2009. He defeated Randy Orton in the first match of the brand. He won the “20-man Battle Royal” against Sheamus during “SummerSlam.” This made him the “Number One Contender” for the title of the “World Heavyweight Championship.”

Mark succeeded to win the match against Randy Orton for the title of “World Heavyweight Champion” in 2012. He won the title after 15 years in  WWE.  He succeeded to defend the title three times. Mark suffered from “Hyperectended Knee” during another “World Heavyweight Championship.’ He had to stay away from the ring. Mark underwent surgery in May. He had to rest for nine months to recover from the surgery.

He became sixth in position in the “Royal Rumble match” in 2017. Mark ended his professional career after “WrestleMania 33.” He became part of the “WWE Hall of Fame” on 19th March 2018. Mark has been part of the backstage after his retirement in various roles. He appeared in an episode of “Raw” during the “Raw Legends Night” on 4th January 2021. He came riding on a scooter to tease Randy Orton.

Mark tied knots with Jana. His son’s name s Jacob and his daughter’s name is Joana. 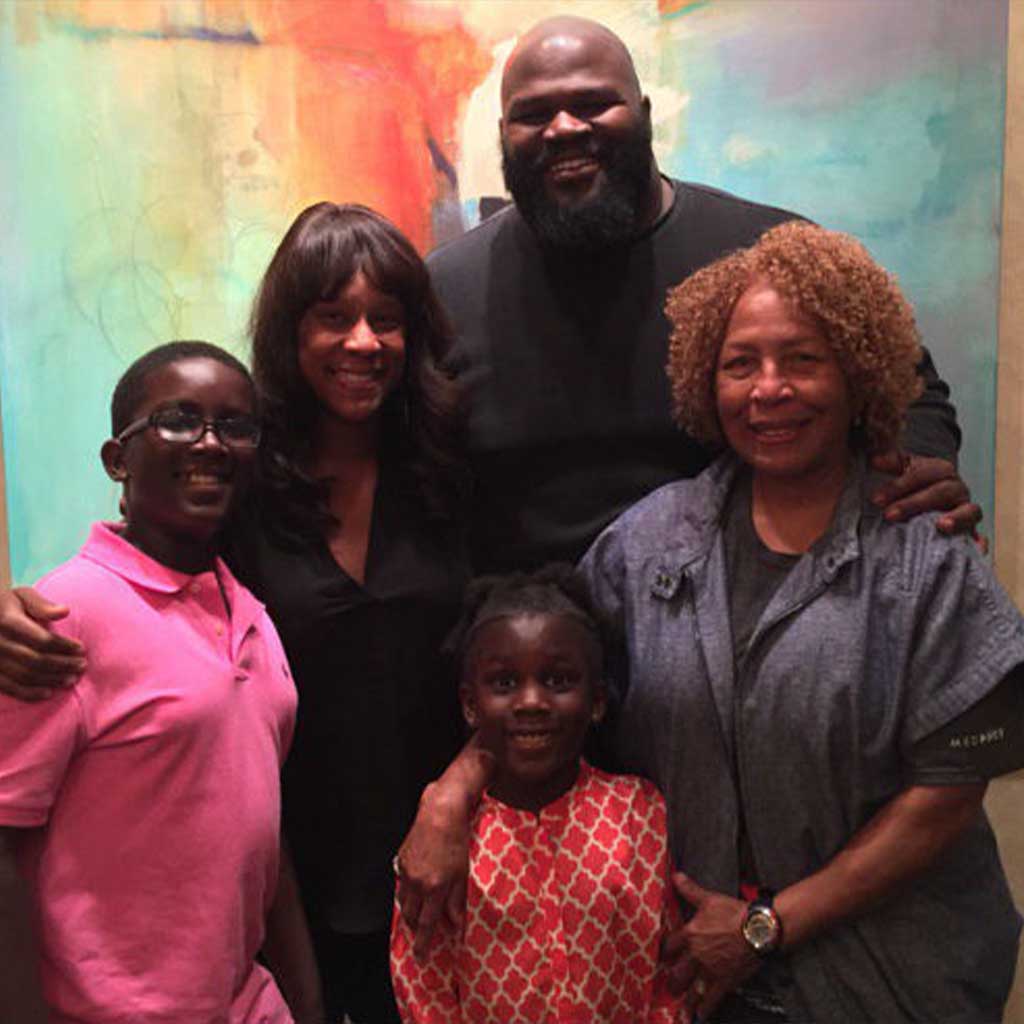 The full name of Mark Henry is Mark Jerrold Henry. His current age is 49 years. The nationality of Mark is American. He has an attractive height of 6 feet 4 inches along with a complimentary weight of 160 kgs. Mark belongs to the African-American ethnicity.

Mark is active on social media platforms. He goes with the name of “themarkhenry” on Instagram along with 328K followers and “TheMarkHenry” on Twitter with 1.3M followers. He does not have an official Facebook page.

Mark Henry has been part of the sports fraternity for more than twenty-five years. He has a successful career as a weightlifter, powerlifter, and wrestler. According to celebritynetworth.net, he has an approximate net worth of $4.5 million.