Who is Eddy Merckx?

Eddy Merckx is a former professional bicyclist from Belgium. He started cycling at an early age. He started participating in “Amateur Cycling” at an age of sixteen. Eddy started his professional cycling career at the age of 20. He had developed the habit of winning every match he participates in. Eddy even got his nickname “The Cannibal.”Eddy was part of the cycling career for more than thirteen years.

He even started his own brand “Eddy Merckx Cycles.” Brand succeeded to become one of the most prominent brands in the world. He has even coached one of the finest cyclists after his retirement. Eddy is also popular for organizing the championships like the “Tour of Qatar” and“Tour of Oman.” He also the co-owner of these championship titles.

The birthplace of Eddy Merckx is Brabant, Belgium. He came into the world on June 17th, 1945. His father’s name is Jule Merckx. His mother’s name is Jennie Pittomvils. He along with his family migrated to Brussels. He grew up with his younger sister Michelle and younger brother Michel. Eddy was active in playing a number of sports during his childhood. He used to play boxing football and many more. Eddy was only three years old when he started cycling. He gained his first racing license in 1961. 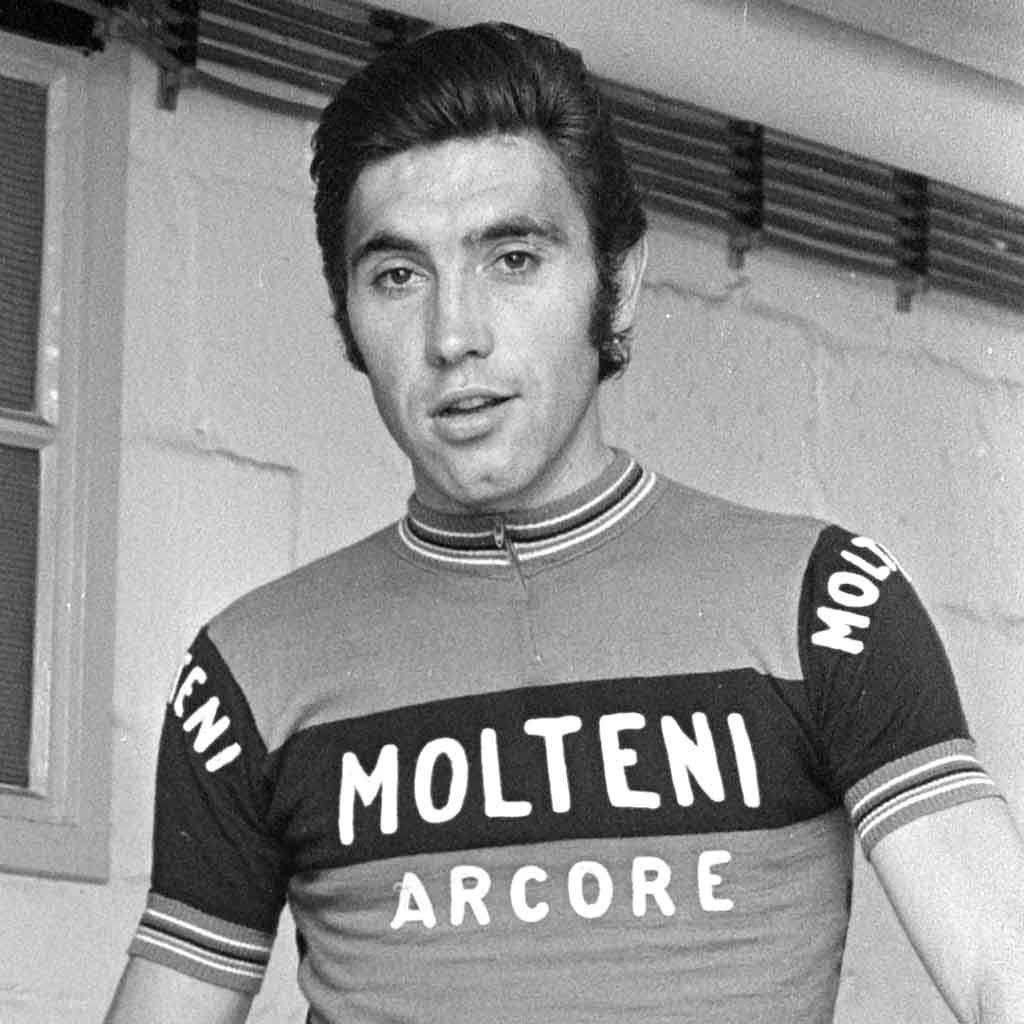 There are not many details about his academic life available. Although, he dropped out of his school to fully focus on his cycling career.

Eddy Merckx started his cycling career from the “Amateur Bicycle Racing” in1961. The same year he had got his cycling license. The same year, he competed in twelve races. His first victory was in “Petit-Enghien” in October 1961. He started his training under former racer FelicienVervaecke. He won his second race in Kermesse in 1962. He won 23races out of 55 races in 1962. Eddy succeeded to participate in the &quot; Summer Olympics&quot; in 1964.

He held the twelfth ranking in the championship. Eddy also won the &quot; UCI Road World Championships&quot; in France in the same year. He started performing professionally in April 1965. Eddy was part of the team &quot; Solo Superia.&quot; He appeared in 70 races during his participation with the team. Eddysucceeded to win nine matches out of the total played matches.

Likewise, Eddy Merckx signed a contract with the cycling team &quot; Peugeot-BP-Michelin.&quot; He represented the team for the first time in 1966. It was during the &quot; Paris-Nice Cycling Stage Race.&quot; The same year, he competed in several cycling events. &quot; Tour of Morbihan&quot; &quot;Tour of Flanders&quot;, &quot;Paris-Roubaix&quot; etc we&#39;re some of the championships. He even succeeded to reach a twelfth position in the &quot;1966 Union Cycliste Internationale Road World Championship.&quot; Eddy succeeded to win twenty races in the season.

Moreover, Eddy succeeded to win in the &quot; Tour of Sardinia&quot; in1967. He also won the &quot; Paris-Nice&quot; and &quot; Milan-San Remo&quot; race. He started his &quot; Grand Tour&quot; for the first time. He ranked ninth in the race. The same year, he participated in the &quot; UCI Road WorldChampionship&quot; in the Netherlands. He won the championship. This victory allowed him to wear the &quot; rainbow jersey.&quot;

Moreover, Eddy Merckx started the 1969 season by winning the &quot; Vuelta a Levantage&quot; stage race and &quot; Paris-Nice.&quot; He also won the &quot;Milan- San Remo&quot;, &quot; Milan-San Remo&quot; and &quot; Tour de Flanders.&quot; Eddy failed in a doping test after the &quot;4 Stages&quot; win of the &quot; Giro d&#39; Italia&quot; race in May 1969. This made him suspend from the matches for one month. Later, the cycling governing body (FICP) canceled his suspension.

He even received the title of &quot; Most Aggressive Award.&quot; Eddy won the &quot; Paris-Luxembourg&quot; stage race in 1969. He faced a severe accident in which he collided with two other racers. One of the racers Fernand Wambst died in the accident. Eddy had to stay in the hospital for treatment. &quot; a tour of Belgium&quot;, &quot; Paris- Nice&quot; stage race and &quot; Gent-Wevelgem&quot; were some of his victories in 1970. The same year he won the &quot; Belgian National Road Race Championship.&quot; 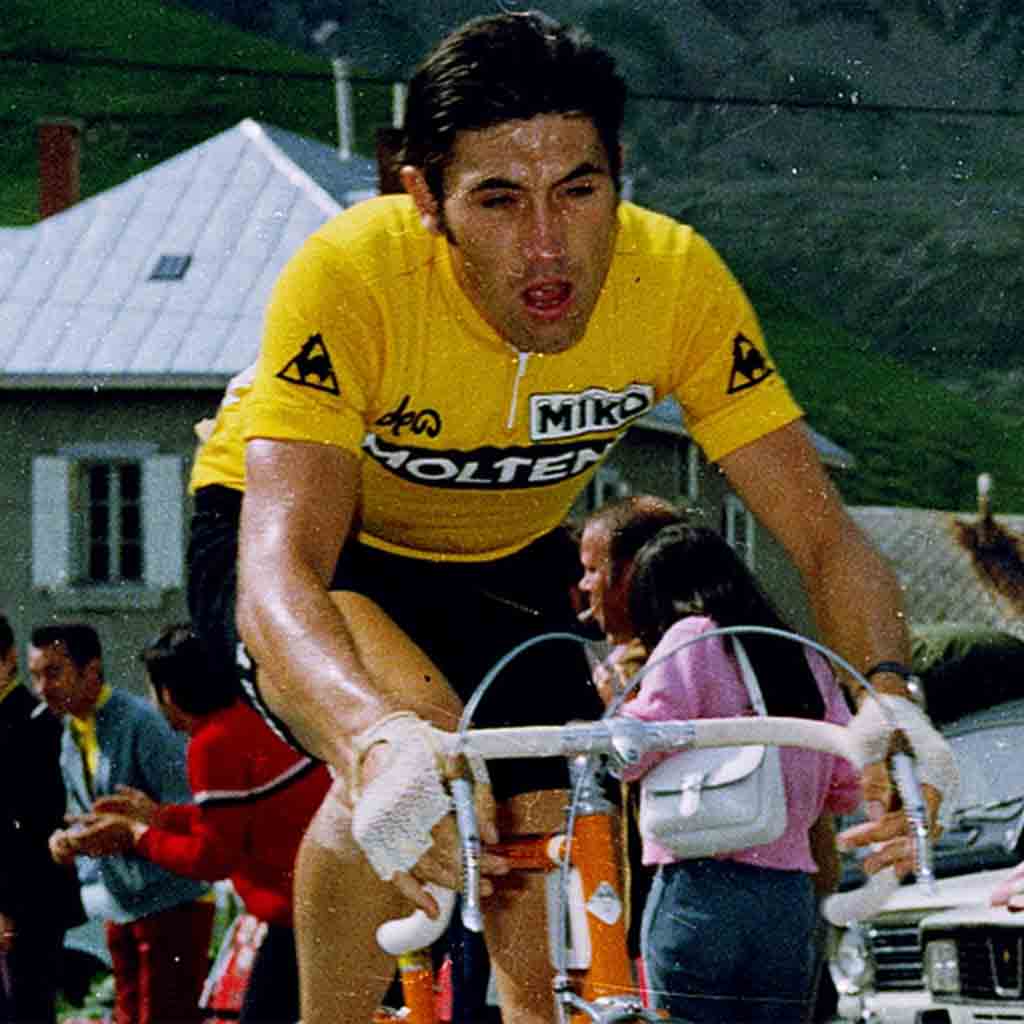 Eddy Merckx ended his bicycle career in May 1978 as per the advice of his doctor. He founded the &quot; Eddy Merckx Cycles&quot; in 1980. The cycle succeeded to gain popularity in no time. Eddy left the post of the position of CEO of the company in 2008.

Eddy Merckx is not active on social media platforms. Although if you search his name on Twitter, Facebook, and Instagram, you will encounter a few unverified accounts and fan-made pages.

Eddy Merckx tired knots with Claudine Acou on December 5, 1967. Claudine is the daughter of the trainer of the &quot; National AmateurTeam.&quot; The couple is blessed with a girl Sabrina on February 14, 1970. They welcomed a boy Axel Merckx on 8th August 1972. 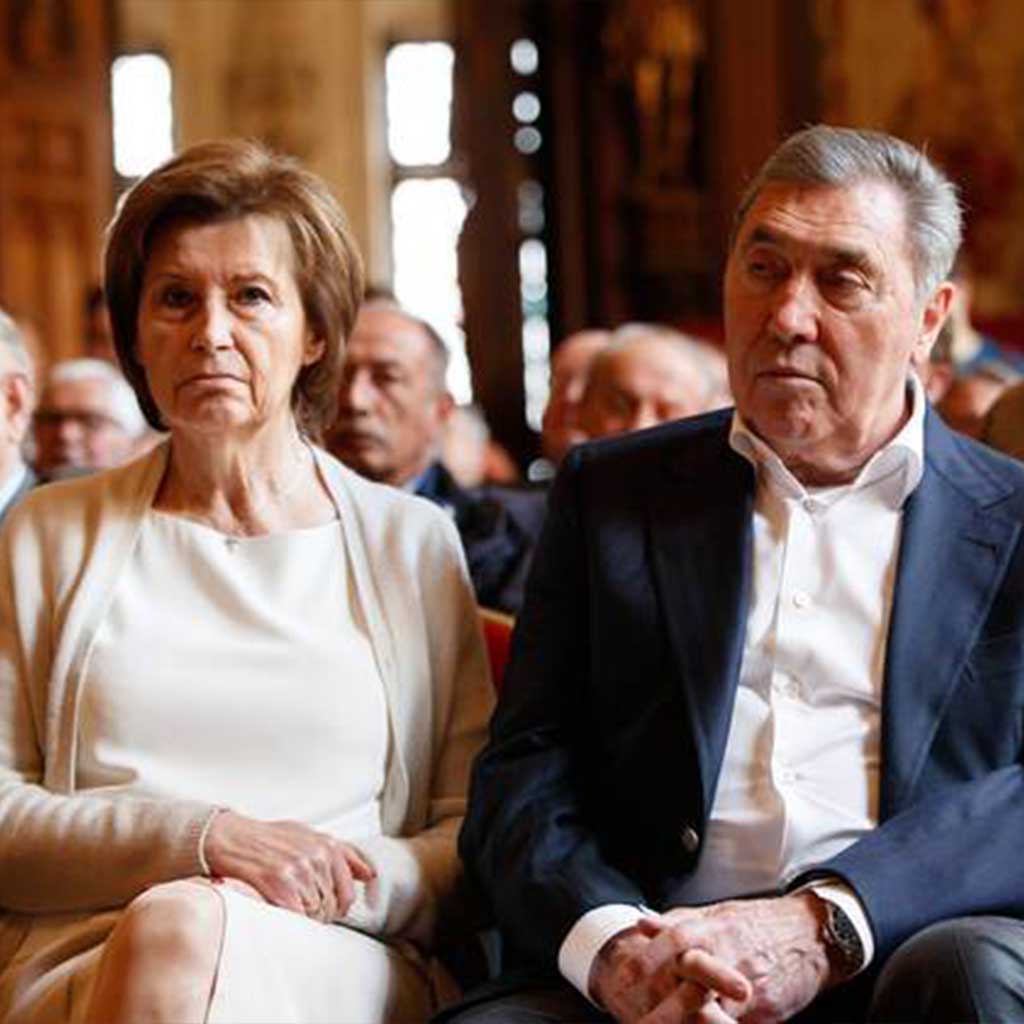 Eddy has been part of the cycling fraternity for more than fifty years. He has succeeded to win a lot of races n championships.

Eddy also has his cycle brand. According to celebritynetworth.net, he has an approximate net worth of $20 million.

The full name of Eddy Merckx is Edouard Louis Joseph, Baron Merckx. His nationality is Belgian. The current age of Eddy is 75 years. He has an attractive height of 6 feet 1 inch with a complimentary weight of 74 kgs. Easy belongs to the Belgian ethnicity.