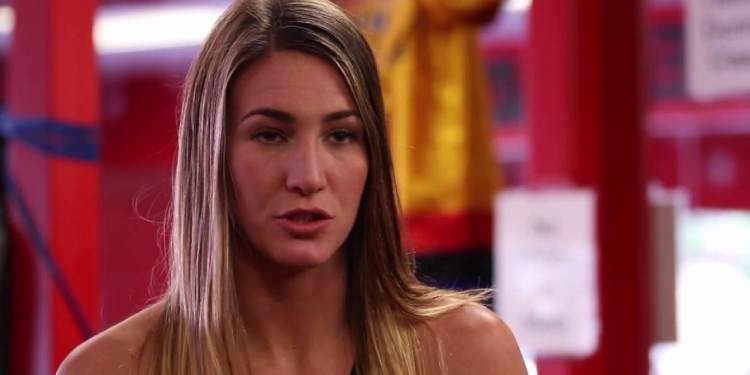 Mikaela Mayer is well-known all over the world for her excellent boxing performance. Mikaela is a female boxer who competed for Team USA in the women’s 60kg category at the 2016 Rio Olympics. In her game, she possesses a lot of speed and power.

Mikaela Mayer was born in Los Angeles, California, on July 4, 1990. Her racial background is white. Her zodiac sign is Cancer. Her father’s name is Mark Mayer, and she has two sisters, but there are no more facts about her family.

She attended four different schools and excelled in her studies, but she lacked mentorship because her father worked full-time to support her and her two sisters. In addition, she had been a problematic child, so she decided to enroll in a boxing program at Northern Michigan University.

Mikaela is now unattached and concentrating on her career. Mayer did, however, confess that she had a boyfriend before enrolling at Northern Michigan University, whom she had dumped. When a reporter inquired about her love life, she stated that she is more concerned with developing her game than finding a boyfriend.

She was the USA Boxing National Champion in the 60 kg category in 2014. She performed admirably during the 2016 Olympic Games in Rio de Janeiro, reaching the quarterfinals. Anastasia Belyakova was victorious.

On October 13, 2018, Mayer fought Vanessa Bradford to capture the vacant NABF Super Featherweight title. She also faced up against Calista Silgado and Yareli Larios to defend her championship. She has an undefeated 10-0 record so far.

Mikaela receives a hefty salary. Mikaela’s net worth has not been revealed, but it is expected to be in the six-figure range. Her pro boxing appearances and Olympic participation netted her a sizable sum.

However, she had difficulty finding sponsors at the start of her career, and her remuneration was pitiful. She currently earns a lot of money through endorsement arrangements with Everlast, TruestYou, and bliiq us.

For full biography about your favorite boxer, please check out Sportscovering.