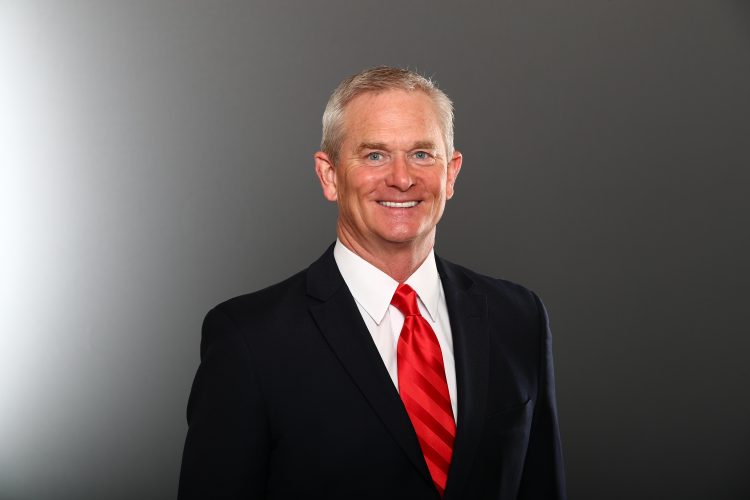 Mitch Holthus is an American sportscaster and a play-by-play announcer for ESPN’s college basketball and the Kansas City Chiefs. Holthus is also a host of a television show, Chiefs Insider. With Kendall Gammon, he also hosts a show called Chefs Live on kcchiefs.com. Furthermore, he also appears on the “Minute with Mitch” radio and television, which is heard and seen in five states.

Born on June 28, 1957, Holthus hails from. Mitchell G. Holthus is an American from a white ethnic background. Mitch Holthus is 64 years old in 2021. He is Christian by religion.

Holthus already started announcing in his school games. During high school, Holthus was a multi-sport athlete. Holthus attended Kansas State University in 1979. In 1980, he has graduated with a bachelor’s degree in business administration and Journalism.

Mitch Holthus started his career as an announcer in his early years. After graduation, he joined Kansas State Wildcats in 1983. Holthus replaced Steve Physioc as the radio voice of the Kansas State Wildcats. For 13 years, he continued broadcasting the schools’ football and basketball games. In the early 1990s, Holthus was a finalist for broadcasting jobs with various NFL teams such as the Minnesota Vikings, Chicago Bears, and Atlanta Falcons.

You may also want to know about Heidi Watney

In 1994, Holthus joined the Chiefs Radio Network. After taking over for Kevin Harlan, he became the longest-tenured play-by-play announcer in Chiefs history. Whenever the Chiefs reach the end zone, he screams in excitement, “Touchdown, KAN-ZA CITY!”. Holthus is also known for his call when the Chiefs won Super Bowl LIV for the second time. In excitement, he commented, “The game is over, and the Chiefs Kingdom has firmly planted its flag on top of football’s highest summit!”.

Mitch Holthus hosts many shows including “Minute With Mitch” and “Chiefs Insider” on select stations in the Chiefs television network. Mitch also works as a play-by-play announcer for college basketball. He calls college basketball games for ESPN. Holthus worked with several national outlets including the ESPN family of Networks and FOX Sports.

The Academy of Television Arts and Sciences awarded Holthus two Emmys for his video and online work. Holthus is also listed as a member of the Kansas State University Athletics Hall of Fame and the Kansas Association of Broadcasters Hall of Fame.

Throughout his career as a Sportscaster, Holthus received several awards. Holthus was named Kansas Sportscaster of the Year 8 times. In addition, he is a 9-time winner of the Kansas Broadcasters Association best play-by-play sportscast. In 1996, he has won the “Hod Humiston Award of Excellence” in Kansas Sportscasting and the “John Sanders Spirit of the Valley” by the Missouri Valley Conference in 2007. In 2018, the Sports Broadcast Journal listed Holthus with the Voice of the Royals Denny Matthews as one of the Top 13 “One-Two” play-by-play Pairs in America.

Mitch Holthus; primarily works as an announcer for Big 12 Conference and Missouri Valley Conference basketball games. In the past, Holthus became President of the National Sportscasters and Sportswriters Association. He has served as one of the board of directors.

The couple has two children – Brian and Hayley – and two granddaughters. There is no information about any previous relationships with Holthus.

You may also want to know about Brooker Weisbrod

Mitch Holthus is of 64 years as of 2021. Holthus’s source of income comes from his profession as a sportscaster and host. According to playerswiki.com, his net worth is $5 million.