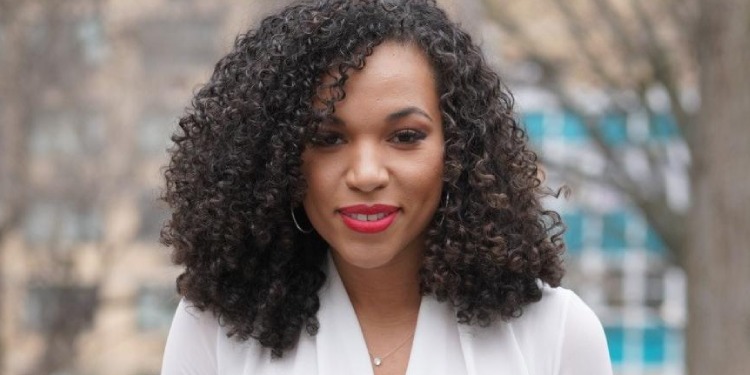 Marjorie Acosta-Ruiz, also known as MJ Acosta-Ruiz, is a Dominican-American sportscaster and host working for the NFL. Acosta is the first and the only Afro-Latina in the NFL network.

As a philanthropist, Acosta contributes her share to Best Buddies, Wounded Warrior Project, and Susan G. Komen’s Race for the Cure.

Born on November 20, 1984, Marjorie Acosta-Ruiz is the daughter of Maria Acosta. Her father is a former basketball player who played for the Dominican Republic. He holds American nationality from an Afro-Latina ethnic background. She was raised in the Washington Heights, Manhattan, in New York City with her siblings – Fernando Manuel, Marlin Acosta, and Evelina Acosta. Acosta is 36 as of 2021. Stand 5 feet 6 inches. She is bilingual in English and Spanish.

She moved to Miami, Florida, and attended Miami Sunset Senior High School. Acosta later graduated in 2005. She graduated with a bachelor’s degree in Art in Communication in 2011.

Before her career started as a reporter, she started cheerleading. For the 2012 and 2013 seasons, she started cheerleading for the Miami Dolphins. After retiring from cheerleading, she focused on her career in Journalism. Acosta began working as an Executive Assistant to CFO in SBS for two years. She later joined the La Ley TV Productions. She worked with the productions as a reporter for a year. The following year she joined Generation Next. MJ Acosta worked as an anchor, host, and reporter for Generation Next.

You may also want to know about Patrick Claybon

She worked as a sports reporter at WPLG-TV, the ABC’s affiliate in Miami and Fort Lauderdale. In 2016, she covered NFL’s San Diego Chargers as a reporter at Telemundo 20. She continued to cover for Telemundo 20 until 2018. From June 2016 to June 2017, she covered and hosted the NBC network Spartan: Ultimate Team Challenge. In 2018, Acosta joined NFL Network as a Bay Area-based reporter for the San Francisco 49ers and Oakland Raiders. MJ Acosta has also involved herself in Beauty Pageantry.

The Afro-Latina won the title of Miss Nevada 2018 also placed as a 2nd runner up in Miss USA. In September 2020, she became the solo host of NFL Total Access. As the first and only Afro-Latina to join the NFL Network, she became the first to host a show on the NFL network. Additionally, she hosts shows for NFL, such as NFL Total Access and NFL Network’s signature show. Currently serving as a reporter for NFL, her career is looking good and taking flight. She works at NFL alongside her colleagues Matt Money Smith, Alex Flanagan, Peter Schrager, Charley Casserly, Jamie Dukes, and Marc Ross.

MJ Acosta-Ruiz married David Ruiz on August 26, 2020. She met her husband at a basketball game on Christmas Day in 2013. The two started dating until David proposed to Acosta 7 years later during a Super Bowl Weekend. Her husband is a US Marine Specialist.

The couple exchanged their vows in Los Cabos, Mexico. Their wedding took place in 2020, so their relatives and friends attended via zoom to avoid the COVID pandemic.

You may also want to know about Brooke Weisbrod

Acosta is a successful sportscaster in the NFL Network. As we assume, she has made a fortune while working in this career. As sports journalists tend to make $38,500 per year, her net worth is expected to be a lot. As of 2021, MJ estimated net worth is at $1.5 million.