Myles Garrett is a professional football player hailing from the United States of America who currently plays in the NFL for Cleveland Browns. After playing college football for Texas A&M, he got picked first in the first round of the 2017 NFL selection by the team Cleveland Browns. He is currently in reserve due to being tested positive for COVID-19. He plays in the position of a defensive end.

Myles Garrett’s full name is Myles Lorenzo Garrett. Garrett was born to parents Lawrence Garrett and Audrey Garrett on December 29, 1995, in Arlington, Texas, USA. The boy has an older brother and an older sister, namely, Sean and Brea. He got raised a Christian. Myles Garrett was athletic ever since he was a child and loved sports. In high school, he played basketball, track, and football for the school team. With 19.5 sacks as a senior, he got ranked as a five-star recruit. In October of 2013, he committed to play for Texas A&M. 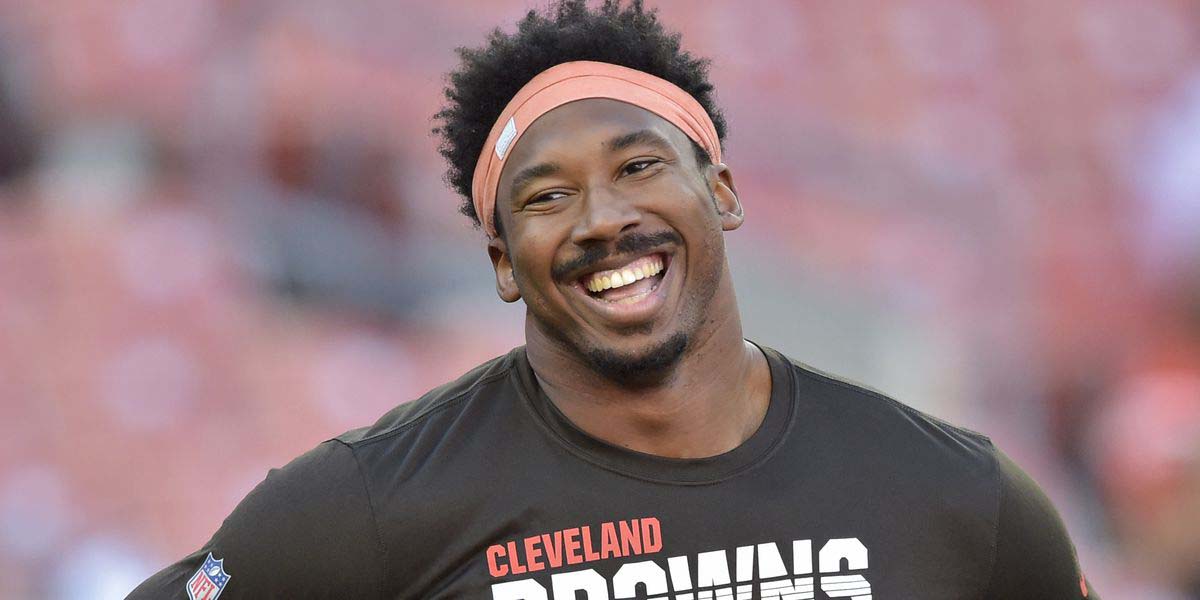 In his rookie year, he was the number 2 prospect in the whole country. He set a new record for the most sacks by a freshman at Texas A&M in 6 games with 5.5 sacks. He broke the SEC sack record for most sacks by a freshman in 8 games with nine sacks. By the end of the season, he had a total of 11.5 sacks and 53 tackles. He went through surgery for torn ligaments after the season.

In his sophomore year, Myles Garrett had 12 sacks, 57 tackles, and five forced fumbles. He was selected for first-team all-American after the season and got awarded the Bill Wills Award. In his junior year, he couldn’t play as well due to injuries. In his college years, he played 34 games with 31 total sacks and 141 total tackles.

After being drafted by the Cleveland Browns in the first round of the 2017 Draft, he signed a four-year contract worth US$ 30.41 million on May 19, 2017. His sign-in bonus was US$ 20.25 million. He played as a starting defense. He missed the season start due to an injury sustained on September 7 of 2017. 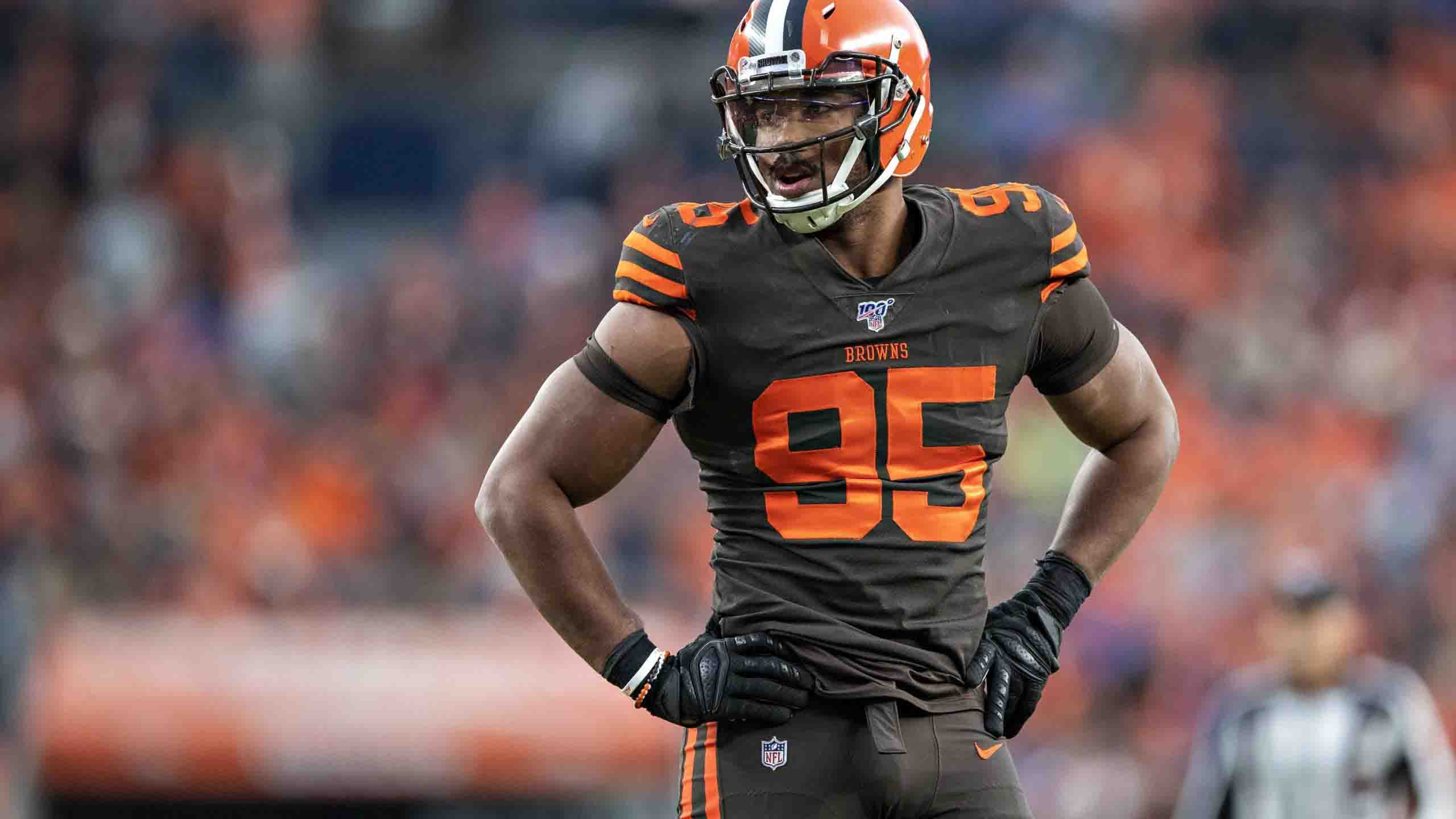 He began his NFL appearance on October 8 in a match against the New York Jets. The game ended in a 17-14loss for the Browns. Myle underwent a concussion in the 8th week of the tournament and missed the next round. By the end of the season, he had a total of 16 solo tackles, seven sacks, and a pass defended. He played 11 out of the 16 games the Browns played.

In the 2018 season, Myles Garrett was named a defensive captain who played in all 16 games that season. He had a total of 13.5 sacks, 29 quarterback hits, and 44 combined tackles at the end of the season. In the Top NFL Players of 2019 list, he got ranked 49. In September of 2019, Garrett got fined US$ 52k due to various counts of foul and misbehavior. Myles Garrett later got suspended. In 2020, he signed a US$ 125 million contract for five years on July 15. He has placed on reserve due to COVID-19 on November 20.

Details about his personal life are very sparse as he keeps his personal life apart from his professional life. As of November 2020, it got speculated that he is single and isn’t dating anyone. His brother, Sean, is a professional basketball player and was drafted in the 2007 NBA Draft, and his sister was a track athlete at Texas A&M. Garrett hasn’t been married yet, and he doesn’t have any children. Garrett loves poetry, and he also writes poetry. He also writes books for kids and is currently writing a children’s dinosaur book. 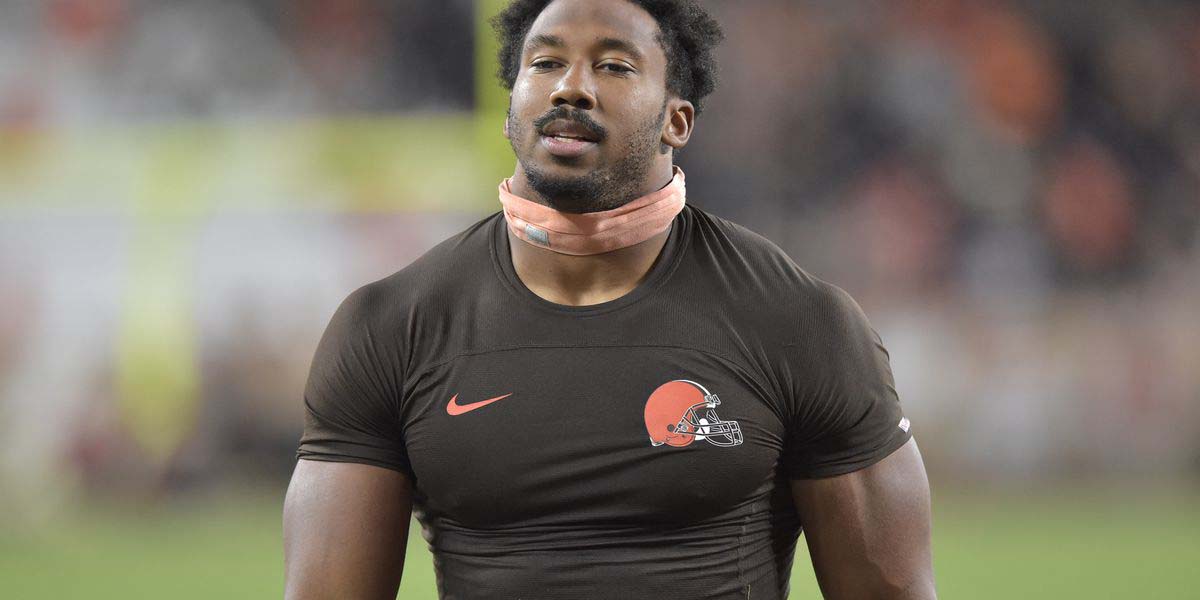 Myles Garrett is active on social media platforms like Instagram and Twitter. He has 234k followers on Twitter and 387k followers on Instagram. Myles stopped using Twitter in 2015 since he thought the medium was too negative, and it didn’t help him grow as a person and a player in any way. He later got back to using Twitter again.

As of November of 2020, Myles Garrett’s net worth got estimated to be around US$ 12 million. His yearly salary is around US$ 7.6 million.