There was a time when NBA Ballers and American sports players, in general, were not very good at looking after their money once their playing days were done, as vultures started to swirl overhead and bled them dry.

Men like George Foreman and Michael Jordon changed all that, showing that wise investments and entrepreneurial mindsets could multiply a retired player’s wealth so that they can enjoy their retirement in style and provide for those around them for the rest of their time.

Here are some of the current NBA ballers who are as adept at turning a profit off the court as they are at pouring in the points on it. 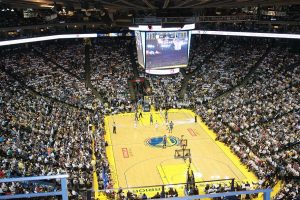 A lot more is done these days to ensure that NBA Ballers stars do not fritter away their fortunes when their basketball careers are over, with many going on to become bona fide businessmen

While younger players tend to remain focused on reaching the pinnacle of the sport, rather than getting wrapped up in projects off the court, older stars who have achieved virtually everything there is to achieve take a slightly different approach.

This means that while they still have one eye on where online bookmakers rank them in their odds lines, they might also be checking the stocks and shares of the companies they have helped to set up or have invested in. LeBron James certainly fits into this category with his entrepreneurial spirit taking him into the movie industry. James has his very own movie production company called SpringHill Entertainment which is thought to be worth in the region of $725m. Of course, when he isn’t screaming “action!” on a film set, James is still confounding those online NBA picks and predictions that see him as a spent force in the NBA. There is no sign of him slowing up just yet, even if a part of him wishes he could spend more time channeling his inner Spielberg rather than delivering for sports bettors who back him week in and week out. 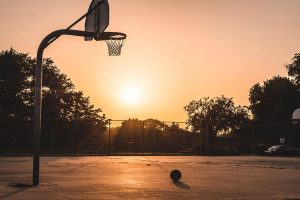 At the time of writing, Steph Curry has just been named to the NBA All-Star team for an incredible eighth time in a row, an accomplishment that truly sets him apart as one of the game’s all-time greats.

When he isn’t powering the Golden State Warriors into the playoffs, Curry has his eye on the balance sheets of his hefty investment portfolio. Among the ventures that Curry is investing in is our social media marketing platform Slyce as well as a tool for athletes to find a coach, called CoachUp. He is not quite on the same level when it comes to business as the likes of Lebron James, but the signs are there that he’s looking to make waves in the business world sooner rather than later.

While there are doubts about the veracity of cryptocurrencies and the dubious business ventures attached to them, such as NFT minting and trading, that has not stopped a swathe of NBA players from investing in businesses connected to the industry. Kevin Durant is at the forefront of this, having been one of the initial investors in Coinbase, he is now also a brand ambassador for the company.

Among the throng of NBA players looking to invest their hard-earned money in Silicon Valley ventures is Russell Westbrook, who recently made financial waves by investing big in online banking platform Varo Bank. As is the case with Durant, Westbrook makes all his investments via a holding company and will no doubt be on the lookout for other tech investment opportunities in the future.

Paul is one NBA legend who is not afraid to turn his hand to all sorts of investments and entrepreneurial ventures. As part of his portfolio, he has invested in everything from Beyond Meat – a vegan food company – to a sports recovery company called Hyperice.