Who is Nick Diaz?

Nick Diaz is a professional MMA fighter from America. He started his MMA journey in 2001. Nick has been part of the championships like “PRIDE,” “World Extreme Cagefighting” (WEC), “UFC,” “EliteXC,” “Shooto,” “Strikeforce,” and “DREAM.” Nick has also won the “Welterweight Championship” in “IFC,” “WEC” and “Strikeforce.”

The birthplace of Nick Diaz is Stockton, California, United States. He came into the world on 2nd August 1983.  His father was not much with the family during his childhood days. His mother’s name is Melissa. She brought up Nick along with two other children. Nick grew up with his two siblings. They are a young brother Nathan and a young sister Nina. Nick started his training in “karate” and “aikido” at a young age. He also started competing in the wrestling championships from his teenage time. 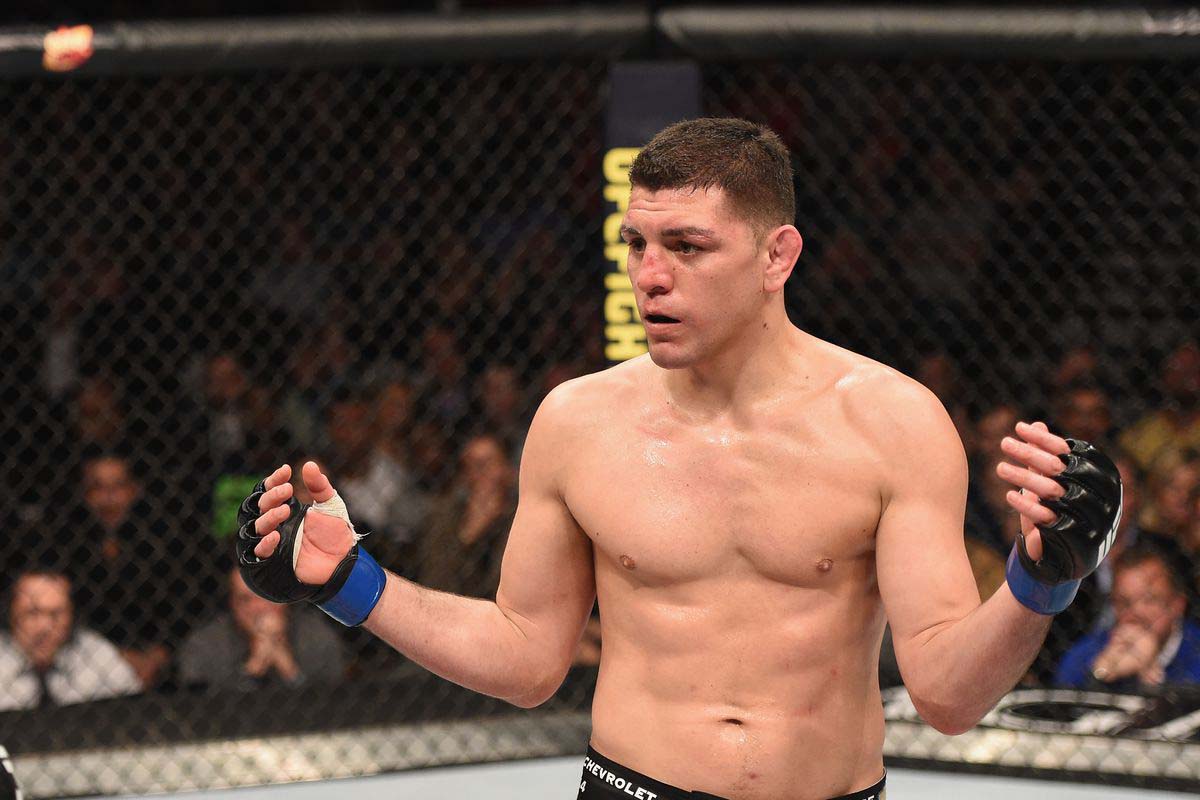 Nick Diaz went to the “Tokay High School” in Lodi. But he didn’t complete high school and dropped out after one year. He was active in swimming in those days. This made him join the “swimming team” of the school during the freshman year. He was only sixteen years old when he began his “Sambo” training. Valeri Ignatov was his coach during that time. Valeri is a “National Sambop Champion” from Bulgaria.

Nick got inspiration from the UFC fighter “Renzo Gracie.” Then, he began his MMA training in the “Animal House Gym.” Steve Heath was his coach during that time. Then, Nick joined the team of “Cesar GracieNick.” Nick earned his “Black Belt” in “Brazilian Jiu-Jitsu” on 8th May 2007. His girlfriend was the primary reason to evolve as the best fighter in the MMA scene.

Likewise, Nick Diaz participated in the “Ultimate Athlete’s King Of the Mountain” in September 2002. He succeeded in winning the first two matches of the tournaments. Nick failed to win the final match against Jeremy Jackson in finals. He even won the “WEC Welterweight Championship” during “WEC 6” through submission in 2003. He again fought Jeremy for the “IFC Welterweight Championship” during “IFC Warriors Challenge 18.” He won the match in round one through TKO. This succeeded in grabbing the attention of “UFC.” Nick signed a contract with the “UFC” in the summer of 2003. 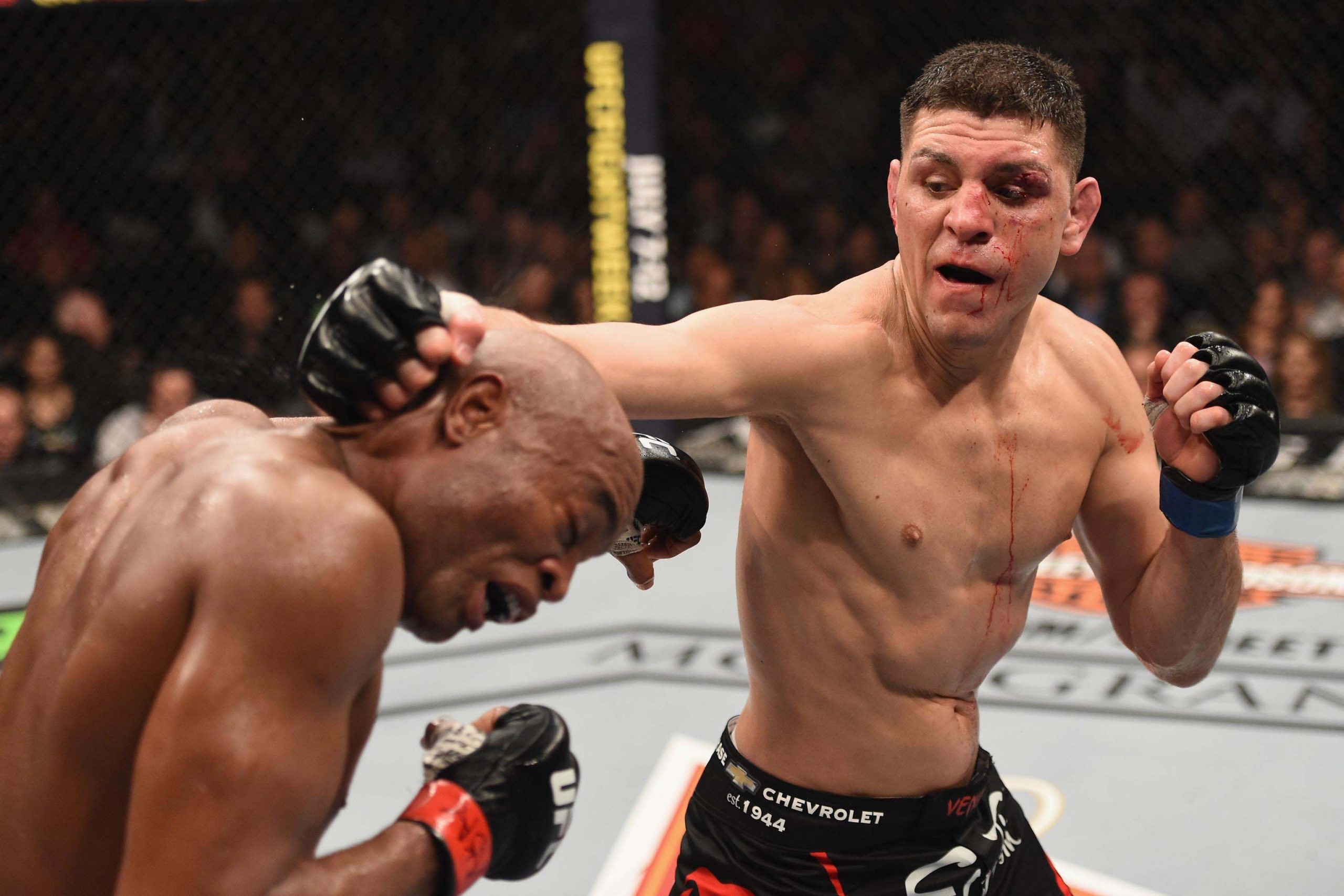 Then, Nick Diaz moved to Stockton to participate in the “International Cage Fighting Organization.” He defeated Ray Steinbeiss in the opening event of the tournament through a unanimous decision. He succeeded to won another match against John Alessio during “UFC 62” through submission. Bruce Buffer hosted the event. Nick got the opportunity of participating in the program when Thiago Alves felt ill. Nick received the call for participation in the match the previous night. He also won the match against Gleison Tibau during “UFC 65.”

Moreover, Nick Diaz signed a “Two-fight” contract with the “PRIDE Fighting Championship.” He fought the first match against Takanori Gomi in the first fight on 24th February 2007. Nick won the match through “Gogoplata Submission” in the second round. The “Nevada State Athletic Commission” (NSAC) declared the fight as “No Contest” on 10th April 2007.NSAC took the decision after Nick tested positive for “marijuana” in the after match “drug test.” He had to pay a fine of $3000 and a suspension of six months. He confessed it by adding his support for marijuana and tagging it as “Performance-Enhancing Drug.” Nick also accepted that he had smoked weed before fighting the match.

Nick Diaz fought Mike Aina in the first match during “EliteXC” on 15th September 2007. He even signed a two–year contract with the “EliteXC.” It was a two-year deal. Nick even underwent surgery to fix the injury during KJ Noons. He won the match against Muhsn Corbbrey during “Return of the KING” in “EliteXC.” He faced Thomas Denny during “EliteXC: Unfinished Business.” He won the match through knockout in round two. Nick won the match against Katsuya Inoue during “DREAM 3” in the first round through TKO.

Nick Diaz was madly in love with his girlfriend Stephanie. Stephanie was a professional MMA fighter. Stephanie committed suicide by walking in heavy traffic. Nick used to run towards the grave of Stephanie. He would say to Stephanie’s grave that he would fulfill her dream of him becoming a successful MMA fighter. 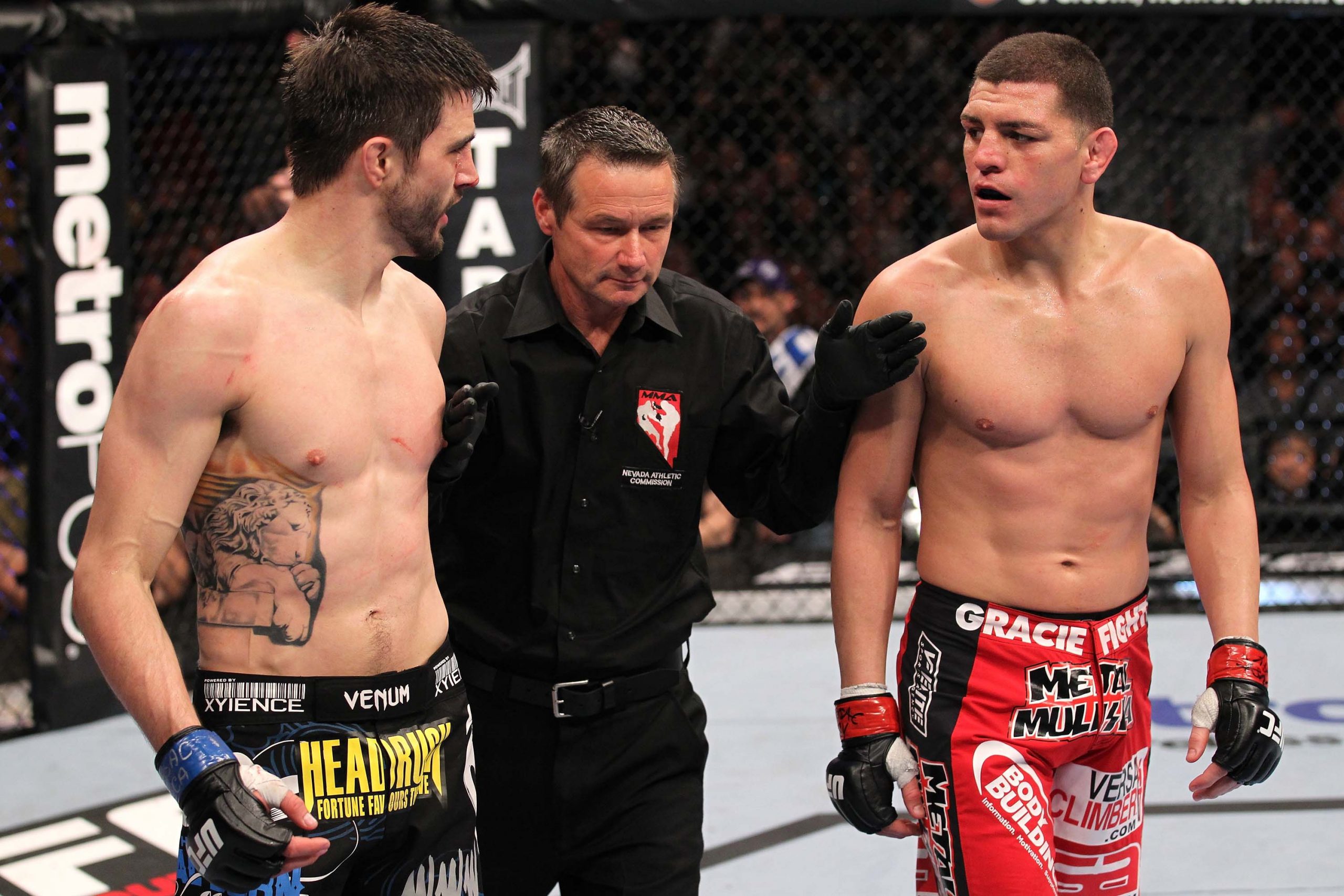 
Nick Diaz is active on social media platforms. He goes with the name of “nick diaz” on Twitter with 593.1K followers and “@nickdiaz209” with 1.4M followers on Instagram. His Facebook page “Nick Diaz” has 706K followers.

According to clebritynetworth.net, Nick has an approximate net worth of $3 million. He still has a long way to go.


The full name of Nick is Nickolas Robert Diaz. His current age is 37 years. The nationality of Nick is American. He has an attractive height of 6 feet 1 inch along with a complimentary weight of 77 kgs. Nick belongs to the white ethnicity.