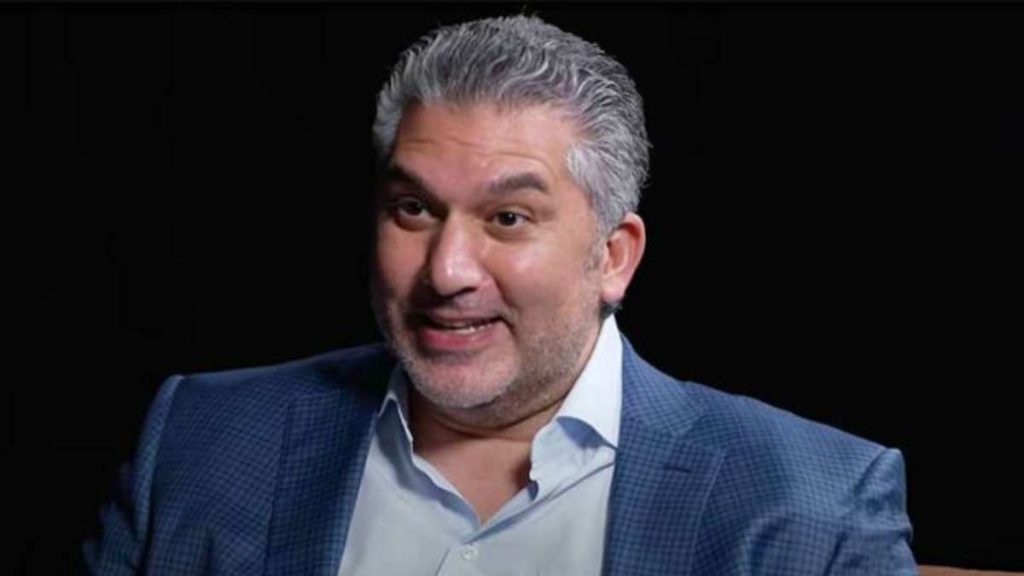 Nick khan is a World Wrestling Entertainment (WWE) President & Chief Revenue Officer. He worked as a co-head of the television department at Creative Artists Agency (CAA) before joining the role of president at WWE.

At present, there are no details regarding his date of birth, origin, early life, etc., available for the benefit of the general public.

However, based on his appearance, Nick does seem to be between the age of 50 and 60. Also, he has a great personality who can run the business as a tough competitor in the market.

Nick has achieved a lot to date, and still, many more successes may be on his way ahead. However, without any struggle in the past days, there is no success for human beings in the present.

As a result, he might have gone through a lot to come this far in the current days.

In terms of his career, Nick is currently busy working as a President & Chief Revenue Officer (also mentioned above) for one of the well-known entertaining companies of our generation, WWE.

According to Variety, Nick khan recently joined the company in August 2020. Before his position at WWE, Nick was co-head of the television department at CAA.

Nick khan won over his future employers by negotiating domestic media rights deals that were 3.6 times more lucrative than their prior accords while representing WWE at CAA.

As a result, he successfully made an impression on Mr. Vince McMahon, WWE chairman, and CEO.

As per ITR Wrestling, he did spend eight years at CAA and then got himself at WWE. He took the place of George Barrios and Michelle Wilson, who had been fired by Mr. McMahon seven months prior owing to shareholder dissatisfaction.

In addition, Nick khan is in charge of bringing in additional money as the Chief Revenue Officer. After that, he got right to work, negotiating a multi-billion dollar five-year deal with NBCUniversal.

Since then, he has gotten SmackDown to participate at the Rolling Loud music festival and a Netflix documentary agreement for the company’s chairman.

For better or worse, his impact has been felt throughout the firm. He is one of the WWE executives who has presided over more than 80 releases in 2021. In the future, he is also expected to replace Mr. McMahon.

Nick khan has not disclosed anything about his family or marital status yet regarding his personal life. Perhaps, he is a quiet person in his life and does not prefer to share such things with the media.

But, on the other hand, Nick might have a supportive family at home who assists him and follows in his footsteps.

Nevertheless, if Nick khan ever comes up with family things, his target audience will know them.

There are presently no details public about his exact earnings. At the same time, Nick is a president of a well-known live entertainment industry so-called WWE.

Hence, Nick khan might be making far strong income than ordinary people. However, in accord with our calculation, his estimated net worth could be more than $8 million.

Nick goes by @WWENickKhan on Twitter, and he has 5 followings and 32 followers.

Nick khan might also use the other regular social media platforms such as Facebook and Instagram but with a different username. However, some other users have tagged him in various posts on Instagram for the time being.

So, for the time being, follow him on Twitter to see the tweets he makes that concern his work at WWE.

For full biography about your favorite Player, please check out Sportscovering.