Oscar De La Hoya is famous for his nickname “The Ring magazine Fighter of the year” and “Golden Boy” who became the first American of Mexican descent to own a national boxing promotional firm. He was actively playing the matches for 16 years and announced his retirement in2009. He also became the top-rated fighter in the world.

Oscar De La Hoya, born on February 4, 1973, is an American competitive boxer. Before, His parents lived in Mexico, but later they relocated to the United States before his birth. He was born in East Los Angeles of California, where her father and the grandfather used to be a boxer. His grandfather Vicente used to be a 1940s amateur fighter where his father, Joel Sr., was a professional boxer of the 1960s. Oscar’s mother’s name was Cecilia De la Hoya, and he has a brother named Joel, who is also a boxer. 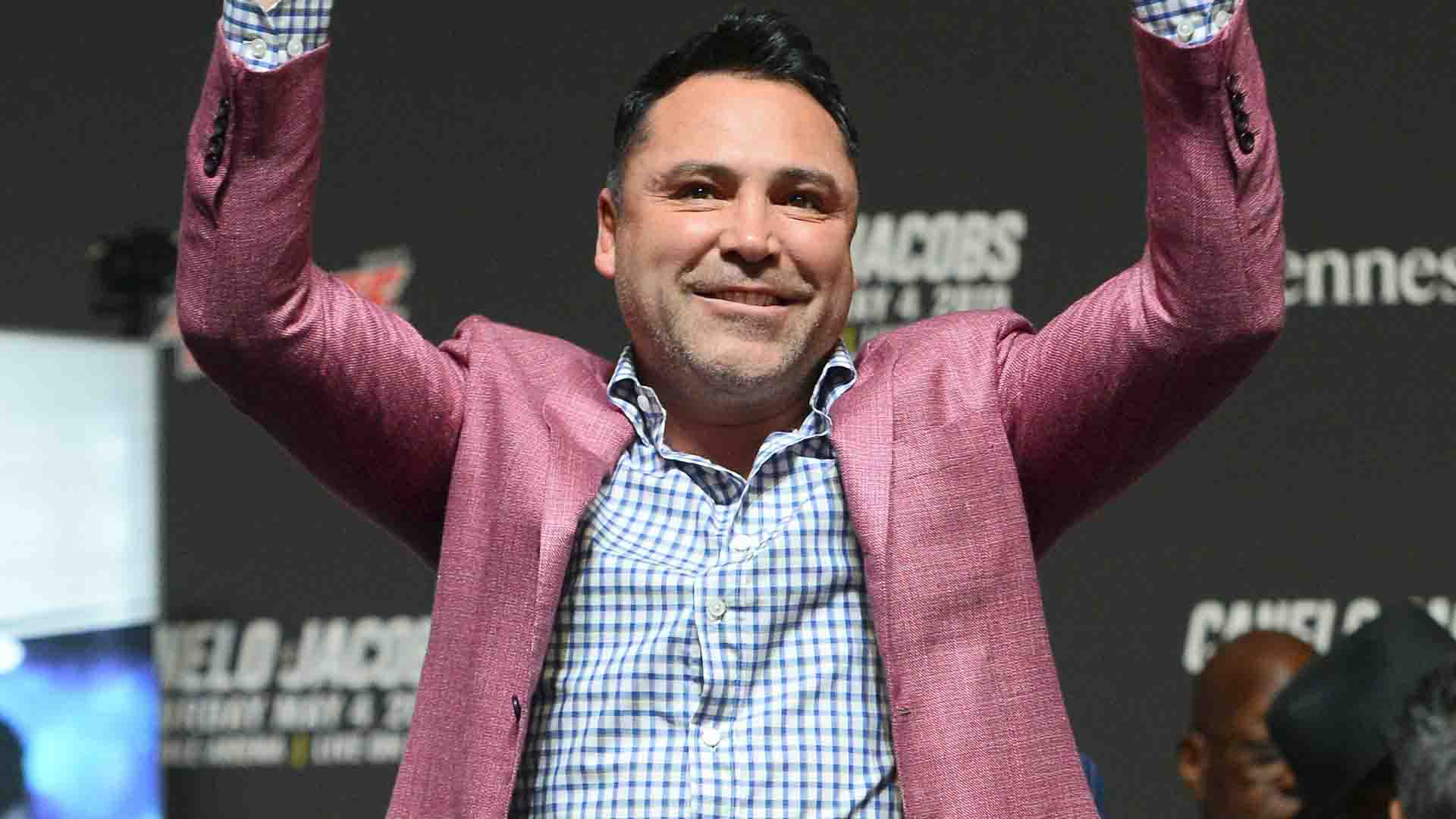 Oscar De La Hoya got influenced by his father and Grandfather, where they were also a boxer. At the age of 15, he gained the title of National Junior Olympics 199- pound. After that, Oscar De La Hoya played the tournament in Whittier with Leon Hernandez from Santa Monica and lost the game 125- pound title. In his amateur career journey, his wins were 234, 163 knockout, six losses, and two were to Shane Mosley. Later, in 1989, Oscar De La Hoya had won the National Golden Gloves title in the bantamweight division, which means a weight class in combat sports.

At the age of 17, he won the U.S National Championship at the featherweight, a weight class in combat sports. That time he was the youngest U.S boxer of the years’ Goodwill Games, winning a gold medal which Ted Turner created as an international sports competition. After that, Oscar De La Hoya’s mother, Cecilia Gonzales, died because of breast cancer, and she expressed that her son will become an Olympic gold medalist. This incident made him so much emotional. Oscar De La Hoya wished to fulfill her mother’s dreams to be happy even if she is not physically, but in his heart, she is always there for him.

After the death of her mother, his only dream is to win in the Olympic. After the saddest moment, he was doing hard training to make his mother dream into a reality where Barcelona approached him turned her mother’s dreams in the 1992 Summer Olympics, where he represented the United States. But he was not able to win the first round, which was with Mexican boxer Julio Gonzalez who was a professional boxer. Later, he defeated German boxer, Marco Rudolph, winning the gold, where Rudolph used to be the only fighter to win against him for many years. 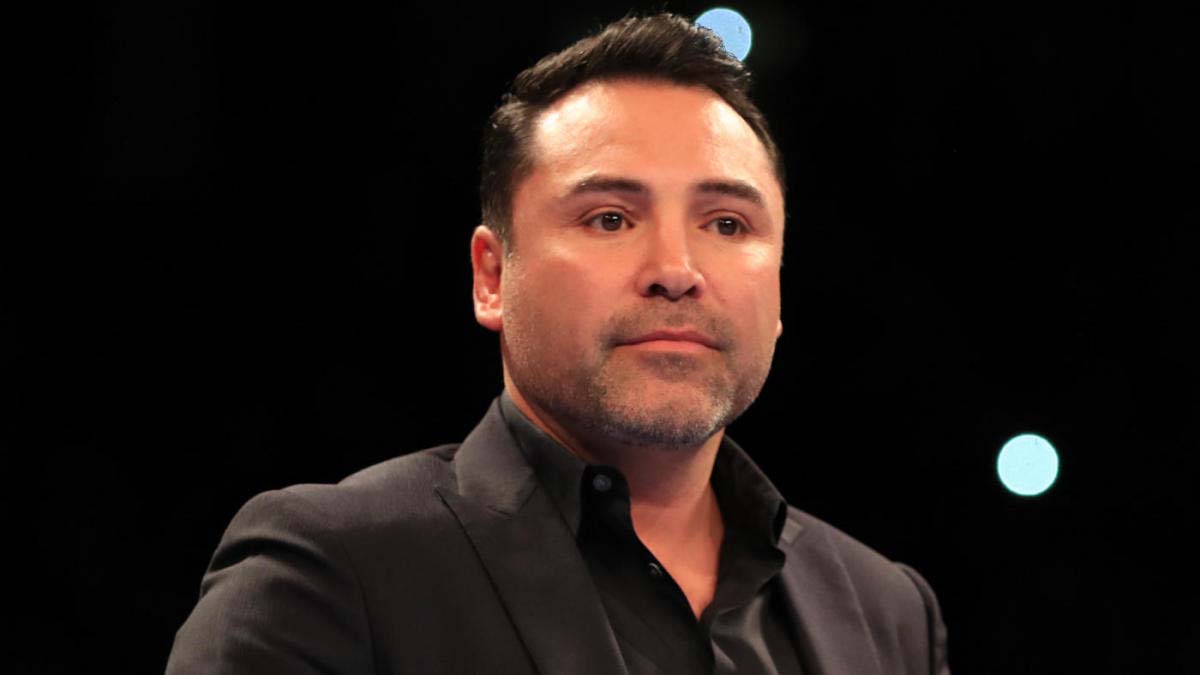 Later, The U.S media publicized about his mother’s last wish to fulfill who had died, where he has given the name of “The Golden Boy,” which was known as his nickname, will remain for his whole career. Later, De la Hoya established the Cecilia Gonzalez De La Hoya Cancer Center, where his siblings at the “White Memorial Medical Center in 2000, a faith-based, nonprofit integrated health system where De La Hoya donate $350,000 in honor of his mom.

He was also known by the name “The Ring magazine Fighter of the year” in 1995 when he became the top-rated fighter in the whole world. Moreover, De La Hoya became the first American of Mexican descent who was able to gain a national boxing promotional firm. Later, he announced his retirement as a fighter in the year of 2009 after following his professional career for 16 years. After, in 2018, Oscar De La Hoya began to promote MMA matches. Since 2002, he had dual citizenship; American and Mexican, after the Consulate General of Mexico in Los Angeles, allowed him Mexican citizenship by reflecting his heritage.

De La Hoya started to date actress and Miss USA of 1995 titleholder Shanna Lynn Moakler in 1997 October. Later, they had announced an engagement in October 1998, and they give birth to a daughter Atiana Cecilia De La Hoya, in 1999, March 29. Moakler stated that it was not the planned pregnancy, but she told that if it was not a plan, then it was beautiful, but if it was a plan, then it’s just fine. Later, they had some disputes, which made them decide to do the divorce. 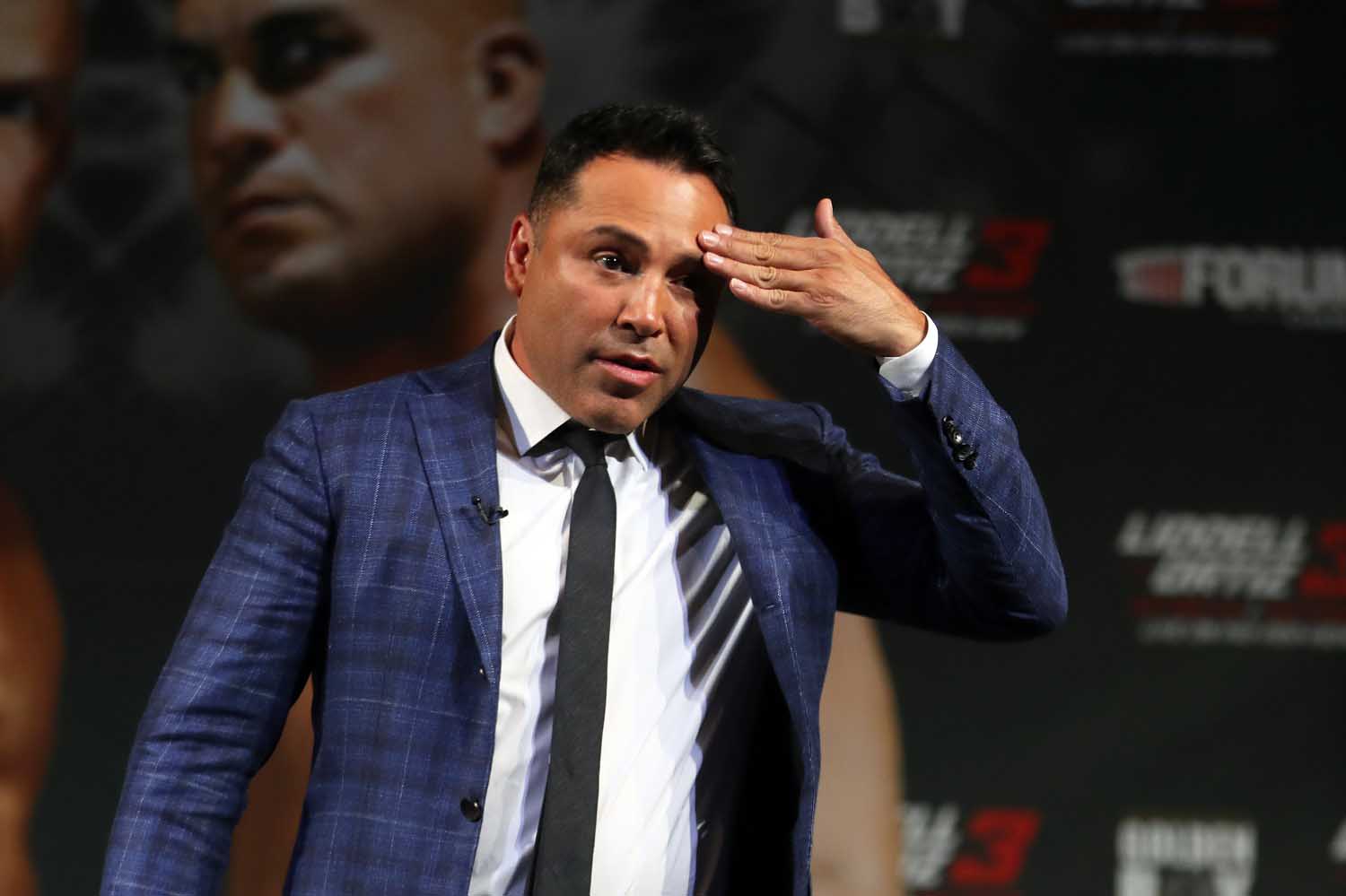 De la Hoya has little contact with her daughter after the divorce, and he also supports her financially. After that, he married Millie Correctjer and had three children together. One was son Oscar Gabriel De La Hoya and two daughters, Mina Lauren Ninette De La Hoya and Victoria Lauren De La Hoya. Oscar De La Hoya also had two sons, Jacob De La Hoya and Devon De La Hoya, from his past relationship.

The expected net worth of De La Hoya is $200 million.