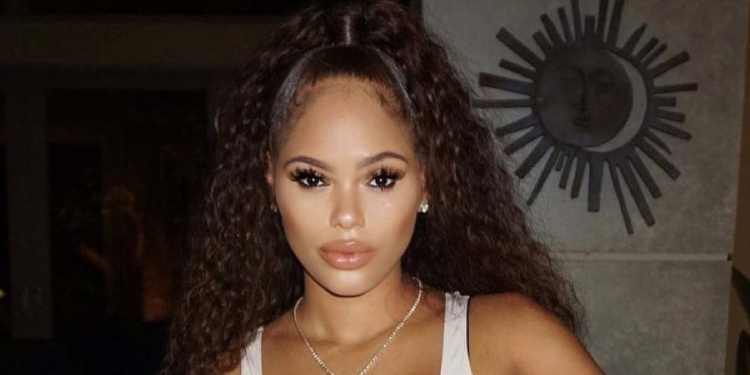 The social media star and fitness model Rece Mitchell came into the limelight after she’s in relation with Lou Williams. He is a professional basketball player who plays for Atlanta Hawks in the NBA (National Basketball Association).

What’s the more promising thing about Rece Mitchell is her personal dedication and the will not step back. Because of that now Mitchell is a successful entrepreneur and a model. Besides, there are other things that make Mitchell popular despite her modeling career.

So, let’s take a look at Rece Mitchell’s early life, her overall career, age, current relationship status with Lou Williams and previous one, net worth, and active social media accounts.

Rece Mitchell was born on January 21, 1994, in Detroit, Michigan, U.S. She is of the African-American ethnicity because of her previous forefather history and her current parent’s status. Besides, Mitchell is 5 ft 6 in tall height.

Other than this, her relationship with her parents is still a mystery so we will update the information in the future if we find anything else about her parents.

However, Mitchell grew up with her twin sister Daria Maria from the beginning. Both sisters are lovable and support each other from an early age. You can find the deep love between two sisters on the Instagram of Rece as she posts the picture of her and Daria together from time to time.

Moreover, Mitchell also has a brother who again still not sure about his past history and who he is, and what he does.

Rece Mitchell has been a model from a young age. She used to do the modeling for small businesses from the beginning. So, Mitchell takes her same modeling as a career nowadays. As you can see her pictures on Instagram with her fit and hot body.

After years of modeling, Mitchell also reveals that she’s also an entrepreneur. She is also involved in her personal business named “2Glamorous”. In addition to that, she’s also involved in “D4 Threads” which is a clothing brand. You can see her posting pictures of D4 threads clothes on her Instagram account and feature people wearing the clothes from the same brand.

The fame and reorganization which she gained during her modeling career from her boyfriend Lou Williams. It seems like after, in a relationship with Lou, the visibility of her profile is increased rapidly. Therefore, she manages to keep her modeling career even more better and successful.

Rece Mitchell is currently in a relationship with her boyfriend Lou Williams who is an NBA star and a professional player. After years of relation, the couple now has two beautiful daughters (Zada Williams and Zoey Williams) and a handsome son (Syx Lou Williams). You can find the pictures of her children on her Instagram account from time to time.

Before in relation with Lou, Rece has also been with Drake who is a Canadian R&B superstar. It was found that Rece also break up with Lou and went back to Drake (ex-boyfriend) in 2018.

However, the relation didn’t go for quite long, and again Rece patch up with Jou Williams back in 2019 after she announces that she’s pregnant with Lou’s child.

Rece Mitchell is a successful Instagram model and an entrepreneur. So her net worth is estimated at $500,000 according to various internal sources.

Rece Mitchell is also active on her social media accounts. She has over 214k followers on her Instagram account. You can see her posting the picture of her fit figure along with her children’s.

For full biography about your favorite Model, please check out Sportscovering.