Rey Mysterio has won the heart of the people for his famous for flying high in the ring. His uncle Rey Misterio Sr. trained him all the moves of wrestling. He used to be one of the favorite stars of his time. This incident also inspired Rey to start his career at the young age of fourteen. He used his short height as his strength for excellent performances in the ring.

This song was the song that increases the excitement and energy level of every 90s kid. If you are a wrestling fan and used to watch the wrestling during the 90s, you know what the song means. The song is the entry song of famous wrestler Rey Mysterio. Every wrestling lover knows how the excitement in the crowd used to increase. And how grand the entry of the wrestler used to be after the song began. 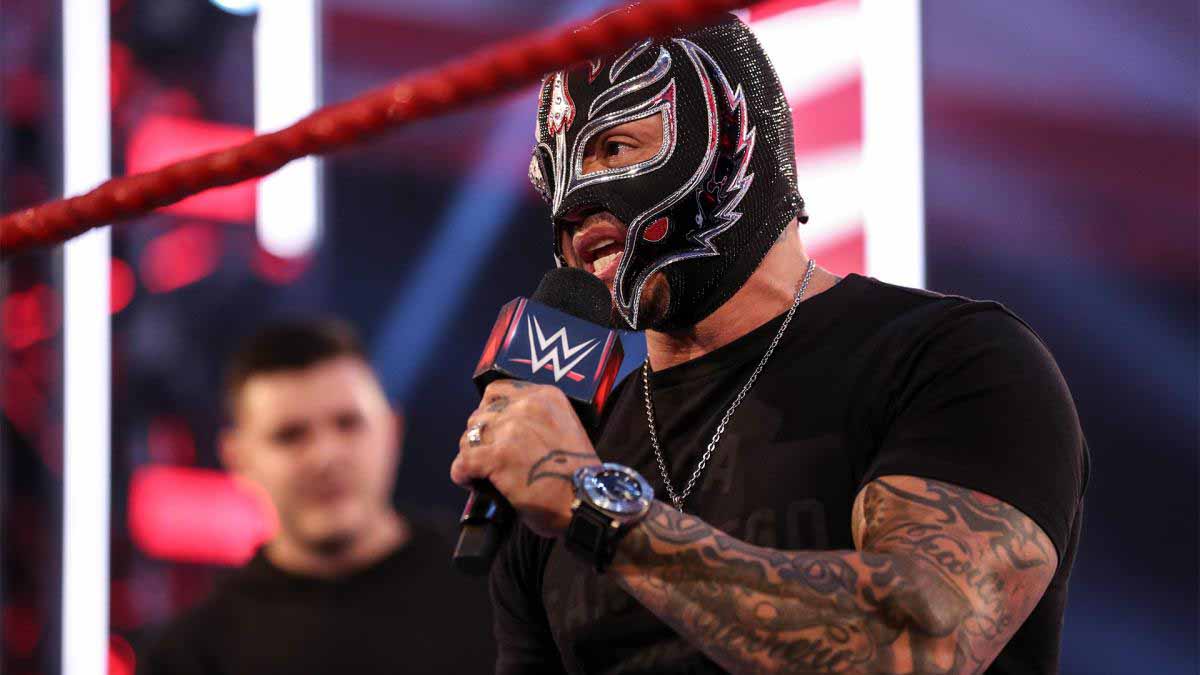 The birthplace of Rey Mysterio is Chula Vista, California, USA, and came to the globe on December 11, 1974. There are no more details about his parents. His uncle Rey Mysterio Sr. trained him for his wrestling career. He was himself a famous wrestler and trainer of his time.

There are not many details about the education of Rey Mysterio. He seems to have attended “Montgomery High School” for his studies, but he left his school to become a professional wrestler.

Rey Mysterio started his career in Mexico in 1989 when he was of fourteen years at that time. Rey was part of the “Assistance, Assessment and Administration” in between 1992 and 1995.

Likewise, Rey signed a contract with “Extreme Championship Wrestling” in 1995. “World Championship Wrestling” signed him in 1996. He participated in his first match with Dean Malenko in the “American Bash” tournament. Dean is a “Cruiserweight Champ.” Rey lost the game. He defeated Psicosis in July 1996. Psicosis was Rey’s biggest rival. Billy Kidman, Ultimate Dragon, and Juventud Guerrera were some of Rey’s high flying competitors during that period. 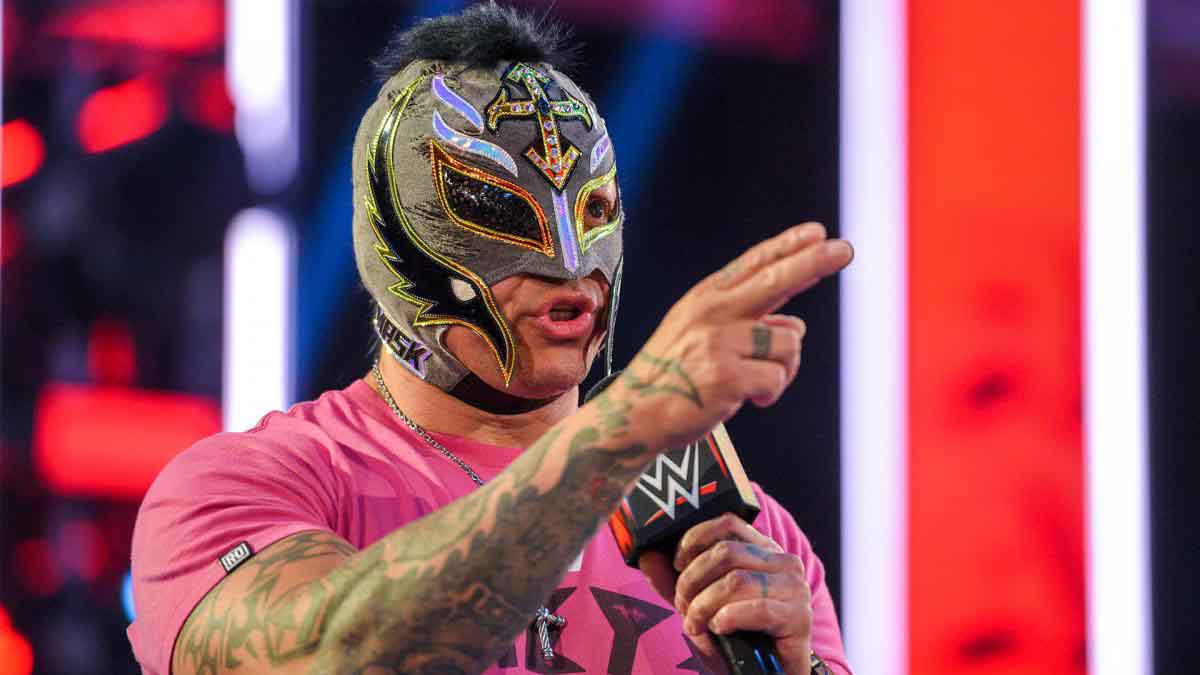 Similarly, Rey won the “Cruiserweight Championship” for the first time in July 1996. He defeated Malenko to win the title. Rey succeeded in holding the title for three months. Super Calo, Malenko, and Ultimate Dragon were some of the competitors for the title. Rey Mysterio lost the title against Malenko in “Halloween Havoc.” Rey participated in the “J-Crown Championship” in November 1996. The match was challenging of Rey to the Ultimate Dragon, but he failed to win the title.

Rey won the “Cruiserweight Championship” for the third time in January 1998. He defeated Juventud in the match. However, he lost the title in a game with Chris Jericho after nine days. Rey Mysterio fought in a match titling “Hair vs. Mask,” along with Konnan. The duo lost the match against Scott Hall and Kevin Nash. And this made him removed his mask and felt very much disappointing.

Moreover, Rey began his journey with a better and new mask in “World Wrestling Entertainment” (WWE) in 2002. He paired up with Bily Kidman for “Tag Team” matches. Rey teamed up with Eddie Guerrero in 2005 and succeeded in winning a lot of tag team matches. Rey became the “World Heavy Weight Champion” in 2006. He defeated Randy Orton for the title.

Rey won the title of “Intercontinental Championship” in 2009. He had challenged Bradshaw for the talent. Rey won the challenge in just 21 seconds. This winning made him “21st Triplet Crown Champion.” And he created history in the WWE. He won his first “WWE Championship” title in 2011. Rey defeated The Miz for the title. Rey ended his contract with WWE in 2015. Then, “Assistant, Assessment and Assessment” again signed him.

Rey married Angie Gutierrez in 1996. angle gave birth to a baby boy Dominic and a baby girl Aaliyah. Rey has tattooed their name across his whole body. 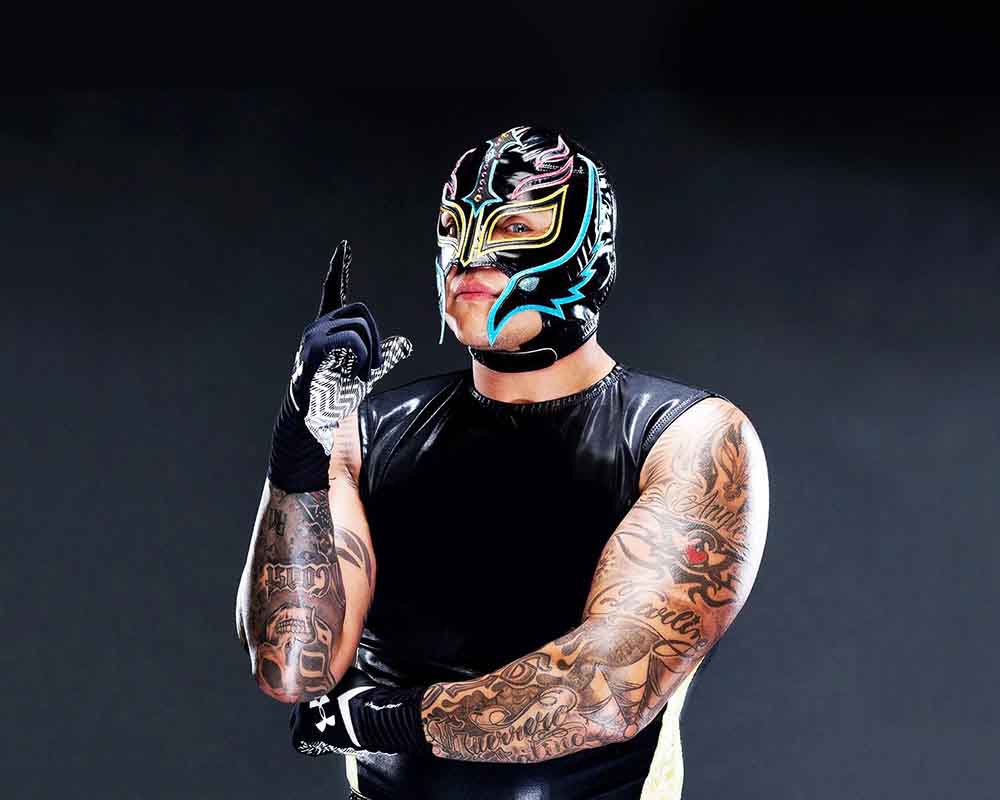 Rey Mysterio is quite active on social media platforms. He goes with the name of “619iamlucha” with 3.6M followers on Instagram and “@reymysterio” on Twitter with 2.3M followers. Rey mainly shares his videos and photos of wrestling. He shares about the upcoming details about the moments. Rey lives to share unforgettable memories of the wrestling ring. He does not have a Facebook page.

Rey has been part of the wrestling for longer than two decades. He has been part of a fantastic wrestling tournament and succeeded in winning them. As per his earning and records of celebritynetworth.net, Rey Mysterio has an approximate net worth of $1 million.

The real name of Ray is Oscar Gutierrez. The nationality of Rey is American. His current age is 45 years. Rey belongs to Mexican ethnicity and has a short height of 5 feet 6 inches with a flattering weight of 79.38 kg.