His father died when he was still a kid, and there comes great responsibility to his shoulder. He worked in some cafe, polished shoes, and some other low-level jobs. He struggled hard. He was so passionate about baseball that he used milk cartons as a mitt (baseball gloves) while playing. 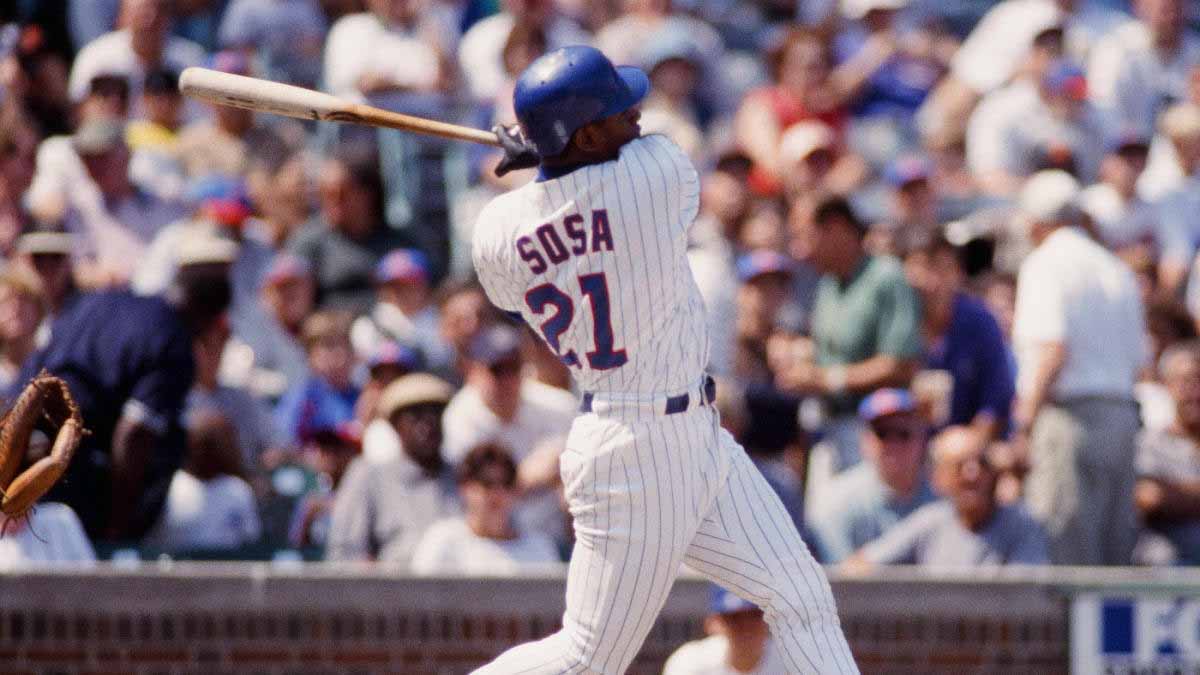 Sosa played baseball in his childhood and was good at it. Born with talent is not enough; you must get past your first step and work hard on developing it. Sosa didn’t give up his dream even though his family was poor. He joined Texas Rangers in 1985 and made his first appearance in the major league in 1989. Soon Sammy Sosa got traded for other players to the Chicago White Sox same year. Playing for the team, and after struggle for two seasons, he ended up in Chicago Cubs in 1992.

His years in Chicago Cubs were breathe taking. Sammy Sosa started with eight home runs in the first season, but with that great start, he hit 33 home runs and steal 38 bases. He became the first player of Chicago Whites to shoot a 30-30 record. His 1994 repeated the same performance. He played his first All-Star Game in 1995 and hit 44 home runs in 1996. Being an aggressive hitter, he did 161 hits that year but got 174 strikeouts as well. Sammy Sosa made his record as 1000 hits on the 1997 season.

In 1998, he stopped being aggressive and became more patient with his play, which turned the table for him. Along with Sosa, there was another player, McGwire, who broke the record of Roger Maris’s 61 home run in a single season. Sammy Sosa started with 20 home runs in June, and soon on 13th September, he hit his 62nd home run. He finished the tournament with sixty-six home runs, and his competitor McGwire got seventy-one home runs. 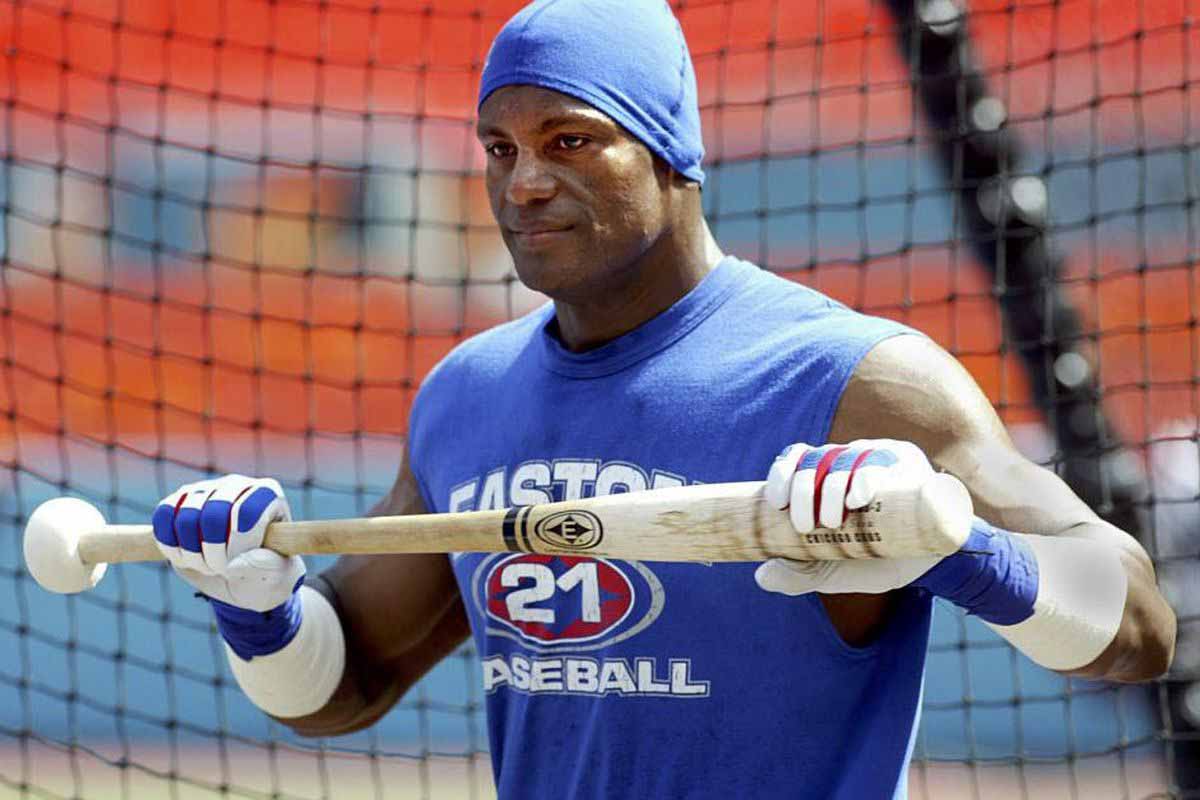 The following year both got 60 plus home runs again on 18th September 1999. Sosa became the first person to hit 60 home runs in two seasons. Due to his superb play, he won the National League’s Most Valuable Player award and won the Sportsman of the Year award by Sports Illustrated magazine in 1998. In 2001 Sammy Sosa again hit 64 homers and was the first player to do that for three seasons. He was injured in May 2004 and stayed on the disabled list because of his back problem. He hit most home runs than any player in his ten years span of 1995-2004, which is 479 homers.

Just after the 2004 season, in January 2005, Sammy Sosa got exchanged to the Baltimore Orioles. His season in 2005 was his worst, with only 14 home runs. He got criticized for that. Around the year 2005 use of drugs or steroids was growing. In the congressional hearing, he stated he never use such drugs. After his lousy time at the club, he didn’t play baseball for a year in 2006. Sosa got his 600th homer in June 2007. Sammy Sosa returned and played for Texas Rangers starting 2007. He was the fifth player to do that. Also, the same month it got reported that Sammy tested positive for using a drug in 2003. Sosa announced his retirement in June 2009.

Sammy was the powerhouse of the team and an aggressive, incredible player of his time even though he is 51 years old from the time of writing. As climbing up to fame, he broke many records.

Cute and charming Sosa is quite a bid old but is still in shape and attractive. He stands 6 feet (182 cm) and weighs 102 kilograms. He was born with a dark skin tone, but Sammy looks lighter in complexion. He has black hair and black eyes. He got named Mikey in the family.

Sosa’s bond was firm with his grandmother. And she was the one who gave him his birth name, Samuel. 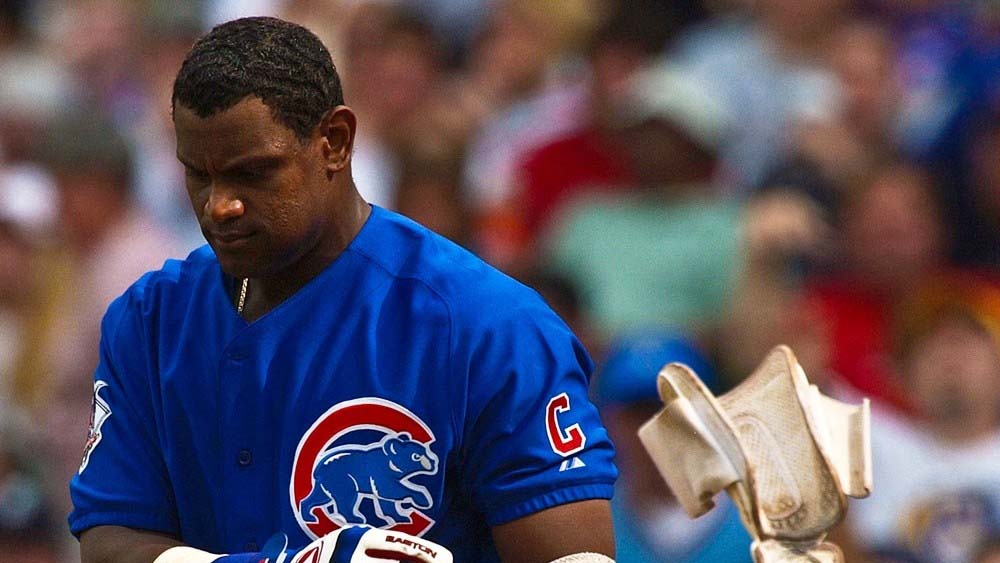 Sosa is always a loyal guy to his sweetheart Sonia Rodriguez. They were married for twelve years civilly since 1992. They finally get married by the Catholic Church at La Romania on 18th December 2004. Sonia is also Dominican and is a former TV dancer. Dating a single woman and got engaged with her for a long time proves that both of them genuinely love each other, and their relationship is also tight. This beautiful couple has six children.

In 2009, at the music awards show, Sosa was present, and something about him made everyone surprised. He looked much brighter than before in skin complexion, and he got asked if he hated being dark or sick. He answered he has been using a bleaching cream every day that makes the skin look lighter and softens it.

According to celebrity net worth, Sammy Sosa has an estimated net worth of $70 million.