Sean McVay, the NFL team’s current head coach, called the Los Angeles Rams, is a professional football coach hailing from the United States of America.  He got selected as the head coach for the Rams in 2017. After he led them to Super Bowl LIII, he became the youngest coach in the NFL to achieve this feat.

Sean McVay was born to parents Tim and Cindy McVay on January 24, 1986, in Dayton, located in Ohio. He was reared a Catholic and remained in Dayton till the age of six. His father played football at Indiana University, and his grandfather was the head coach of the University of Dayton’s football team from 1965 to 1972. His grandfather was also the Giants’ head coach in the 70s and the general manager of the 49ers in the 80s right up to the 90s. 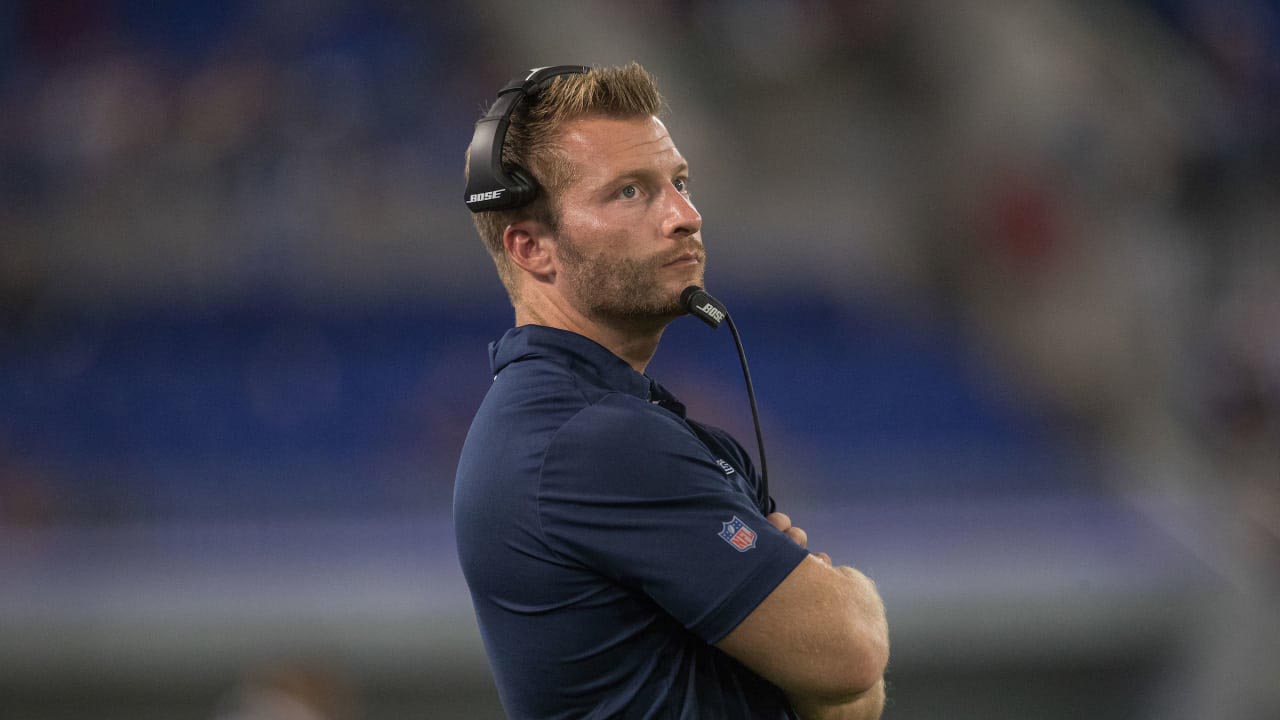 Sean completed his high school education at Marist School. Sean McVay played as a quarterback in the school team and played as a defensive back for the War Eagles, who got deemed the” Georgia 4A Offensive Player of the Year” in his senior year.

Sean McVay started his football career as a player and played for Miami University from 2004 to 2007. He recorded 39 total receptions for 312 yards averaging 8.0 per game in 26 games in his time playing college football. Sean ventured into coaching after college. He got his first job as a coach in the Tampa Bay Buccaneers club. He was an offensive assistant and coached the wide receivers.

The following year, Sean McVay coached the Florida Tuskers who played in the UFL. He was a wide receiver and a quality control coach who in 2010 coached the Washington Redskins as an offensive coach and from 2011 to 2013, coached them as a tight ends coach. Sean became the head coach for the first time after the Los Angeles Rams hired him. He is their 28th head coach. He became the youngest head coach to get engaged in recent NFL history at 30 years and 354 days.

He then hired Matt LeFleur to work under him in February of 2017. Matt worked as a five offensive coordinator. He made his match debut as a head coach on 10th September of 2017 in a match against the Indianapolis Colts. The game ended in a 46-9 win for the Los Angeles Rams. In 5 games of the 2017 seasons, they scored 142 points, a franchise-high and a league leader. There was a massive improvement in their performance after McVay took over. They finished highest on the offense list. They were the lowest in 2016. 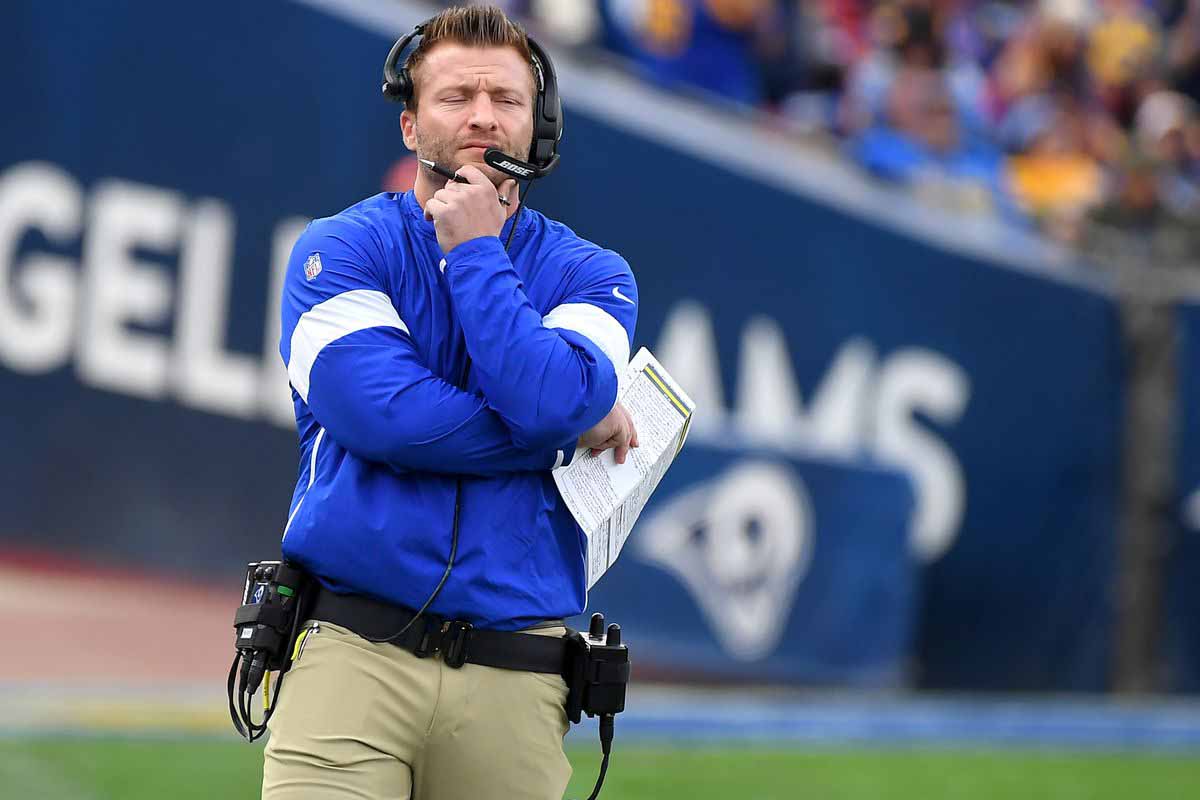 In his debut as a head coach in the play-offs, the Rams scored 26, and the match against the Atlanta Falcons ended in a 26-13 victory for the Rams. Sean McVay was named the year’s coach on 19th January of 2018, and the Rams started their 2018 season with a bang as they went 8-0. They lost to the New Orleans Saint later and went 8-1. They won their second NFC West Title. They won several more matches and qualified for Super Bowl LIII. It was their first Championship game after the Super Bowl XXXVI making him the youngest central coach in Super Bowl.

The 2019 season didn’t go as planned for the Rams as they failed to qualify for the play-offs. They went 9-7 and faced the “Super Bowl Losers’ Curse.” 2019 was the first time he missed the playoffs as a head coach. Sean has lost 18 games and won 40 games in his years as a head coach in the regular season. In the postseason, Sean McVay has won 2 games and lost 2. McVay caused a massive shift in the NFL as due to his success, other teams started to appoint offensive younger head coaches.

Sean McVay is currently engaged to his longtime girlfriend Veronika Khomyn, who got engaged in June of 2019 while on vacation in France. In 2017, he purchased a house worth US$ 2.71 million in California. The home is located in Encino and has a total of six bedrooms and a pool. He currently lives in this house with Veronika. The current assistant linebackers coach for the Rams, Chris Shula, resides in this house too. 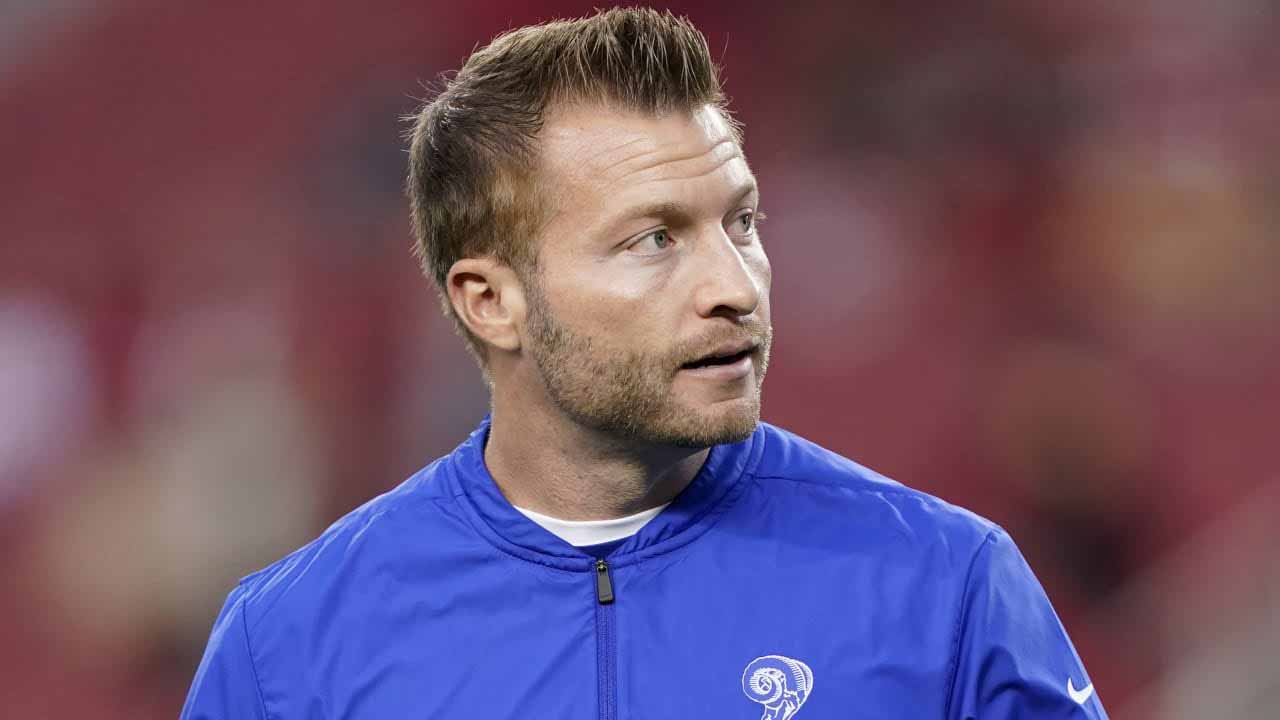 As of November of 2020, Sean McVay’s net worth got estimated to be around US$ 3 million. He makes most of his fortune from being a professional football coach. His yearly salary is around US$ 2 million.