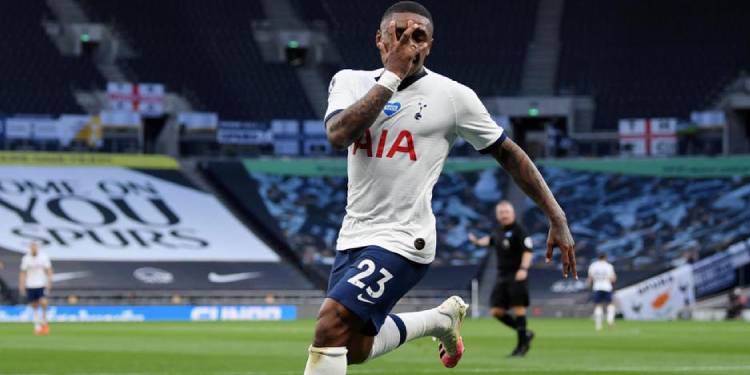 One of the most talented and skilled football players Steven Bergwijn wins the heart of every young player who is working hard to fulfill their dream as a footballer. He is an inspiration to many who are struggling to achieve the goal which they are looking for.

Other than this, Bergwijn has also won the heart of his fans by winning the game on UEFA Nations League A, Premier League, Jong PSV, and Tottenham Hotspur. What’s the most amazing thing about Bergwijn is his dedication to his work from the beginning. That’s what makes him a successful football player in the world.

Steven was born on October 8, 1997, in Amsterdam, Netherlands. He is also called by his nickname “Dribble King”. The player is 5ft 10in tall height which is perfect to tackle any opponent in the game.

Besides, Bergwijn’s father’s name is Jurgen Bergwijn and we still don’t know his mother’s name as well as his sibling’s names. But we do know that he grew up with one brother and a sister with their parents.

Furthermore, Bergwijn loves playing and watching football from an early age. He is a big fan of Lionel Messi who is recognized as one of the best players in the world and football history. So, we can say that his idol inspires him all the time to achieve his goal and to become the best player.

Steven Bergwijn started his football career by joining the Ajax youth football academy back in 2011. He used to play in the team and also scores a goal for the team. However, Bergwijn didn’t stay for too long in the academy because he has a conflict with the trainer and has to leave.

But it was a great decision for Bergwijn because he signed a contract with Jong PSV right after leaving the academy. He plays his first game for the PSC in the second division against Achilles 29 in August 2014. The win was on the Bergwijn side with a score of 2-0.

Besides, before leaving the PSV, Bergwijn made his last goal in a game against Ajax and wins the title of 2017-2018 Eredivisie with a score of 3-0.

Other than this, Bergwijn also plays in 2018-2019 UEFA Nations League A on where he beat Germany for the Netherlands team with a score of 3-0.

Furthermore, Bergwijn signed a 5-year contract with Tottenham Hotspur for $26.7 million in January 2020. The deal was the right thing for both of them because Bergwijn score the goal for the Premier League against Manchester City with a score of 2-0.

Steven Bergwijn is currently in a relationship with his girlfriend Chloe Jay Lois. We don’t have any information of Bergwijn past relationship. Other than this, we know that he loves his current love partner and they are having a great life together.

Steven Bergwijn is a successful football player in the world. His net worth is estimated at more than $2 million according to various internal sources.