Tagovailoa was highly interested in football since his childhood. His parents mentioned that he used to have a football in his bed, holding the ball even in his sleep. At the age of 8, Tua Tagovailoa joined the Pop Warner, where he used to make 30 yards throw easily than other boys of his generation who used to make 10 yards throw barely. 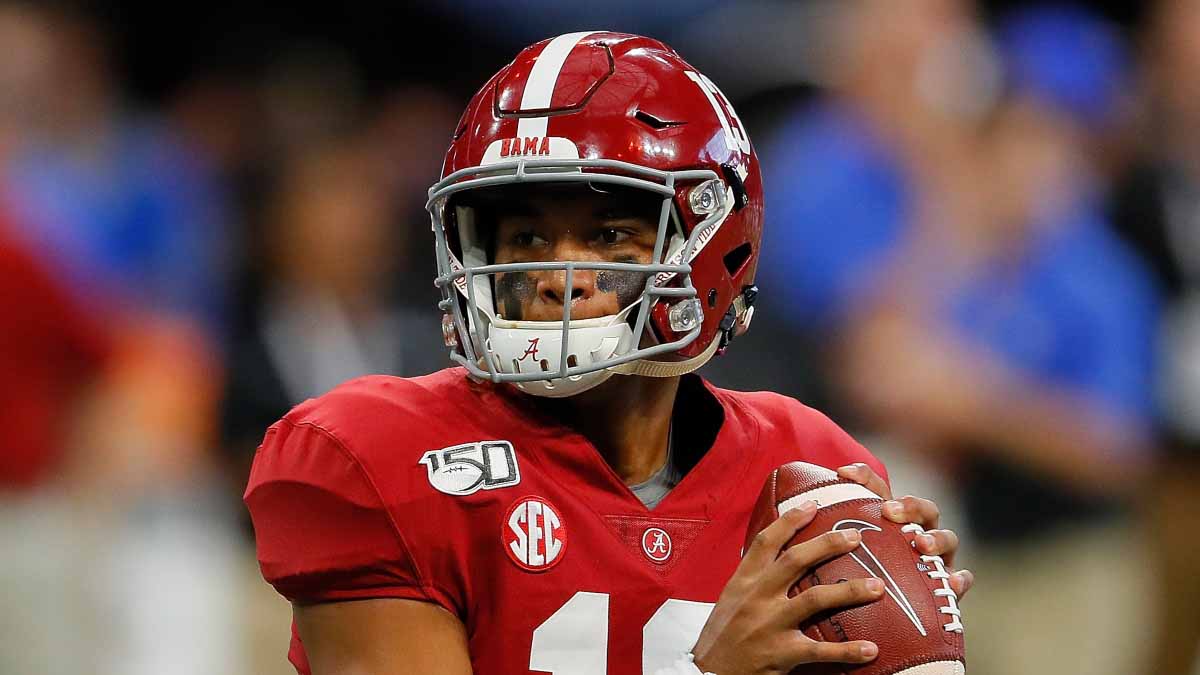 He would love to hear about the game Tagovailoa played, but unfortunately, his grandfather died in 2014, which led Tagovailoa to emotional turmoil. He came to the point of leaving the football but somehow, his father convinced him to continue the game and honor his grandfather by playing.

Tagovailoa was a right-hand quarterback, but his father trained him to use his left hand as a unique trait. Tagovailoa joined Saint Louis School in his home city and started playing football in his early years. In the first season in his high school, Tua Tagovailoa made three interceptions with additional 2,583 passing yards and33 passing touchdowns. In All-American Bowl held in 2016, Tagovailoa made a 2,669 passing yards throw with seven interceptions and 27 passing touchdowns.

Tua Tagovailoa was the qualified candidate for Elite 11 to compete in the best quarterback program, and he became the MVP of Elite 11. Tagovailoa ranked at the top for best quarterback among the Hawaii state. In the recruiting cycle of 2017, he got mentioned as the 4 Star recruit. In the school, his mentor was the future American NFL quarterback- Marcus Mariota. Tagovailoa was a good player, and he was offered scholarships from prominent football universities like Oregon, UCLA, and Colorado, but he ended up joining the University of Alabama in Tuscaloosa. 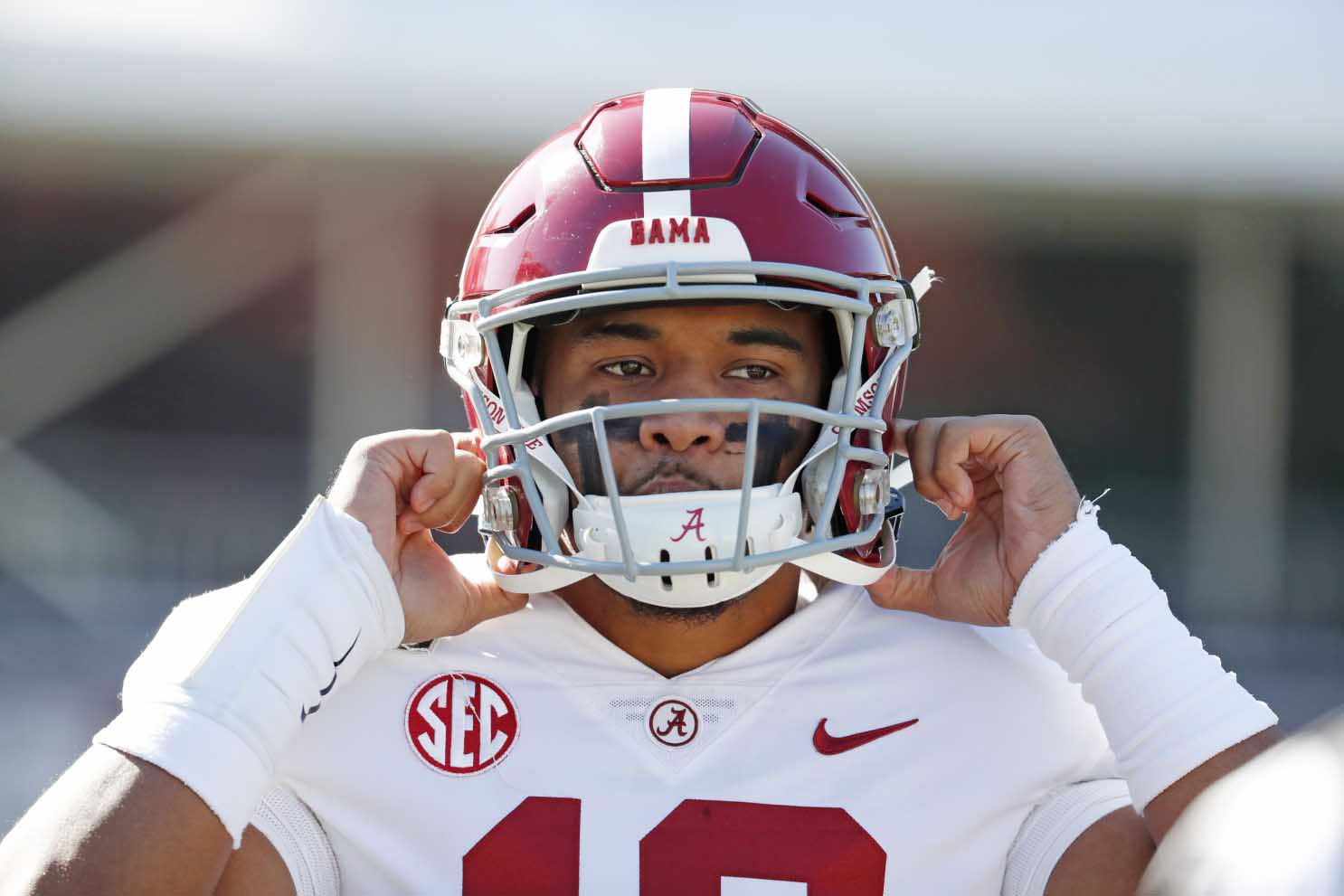 In 2017, after joining the University, Tua Tagovailoa started as the freshman and was the backup quarterback of Jalen Hurts and played for the whole season without creating a single game. He made his college career debut against the Fresno State by defeating them with 41-10 points. Tua Tagovailoa got his first profession touchdown and 64 finishing yards. The following, the team again won the game against Vanderbilt in which Tagovailoa scored two passing touchdowns with 103 passing yards.

He made his first rushing touchdown against the Ole Miss defeating the team by 66-3 points. In 2017, the team had a successive victory against Tennessee by 45-7 points and against Mercer by 56-0 points. That season, Tagovailoa got entitled to Offensive MVP of the game. In the 2018 season, he made his starting game against Louisville, defeating them by 51-14 points. Later Tua Tagovailoa got declared as the starter of the game for the rest of the seasons.

The Crimson Tide again defeated the Ole Miss in the following seasons, and Tagovailoa continued leading the team to victory against Texas A&M by 45-23. Also, the team defeated Louisana by 56-14, Arkansas by 65-31, and Clemson by 44-16 points. The couple had a continuous winning streak in the whole season. That season,  Tua Tagovailoa broke the previous record of Baker Mayfield by setting 199.4 passing rates. He also got awarded the Maxwell Award and Walter Camp Award.

In 2019, he started his first game by defeating Duke. The following week, he led the team against New Mexico State, South Carolina, Southern Miss, Ole Miss, and Texas A&M with a continuous winning streak. Tagovailoa was injured during the game against Tennessee and made his comeback against Mississippi State. But he was again heavily wounded and rushed to the hospital.

In 2020, he decided to enter the NFL Draft and graduated from his university with a degree in communication studies.

Tua Tagovailoa decide to enter the NFL Combine, but since the healing process was ongoing, he could not attend, but when he was ready for it, the plan got canceled due to the COVID-19 pandemic. Thus, the draft appears virtual in which he was one of the 58 players to be invited. Miami Dolphins took him in the 5th rung. Tua Tagovailoa signed the contract worth 30 million dollars for four years, taking his first step to a professional career. He chose the jersey No.1 for his game and decided to become a backup quarterback of Ryan Fitzpatrick. 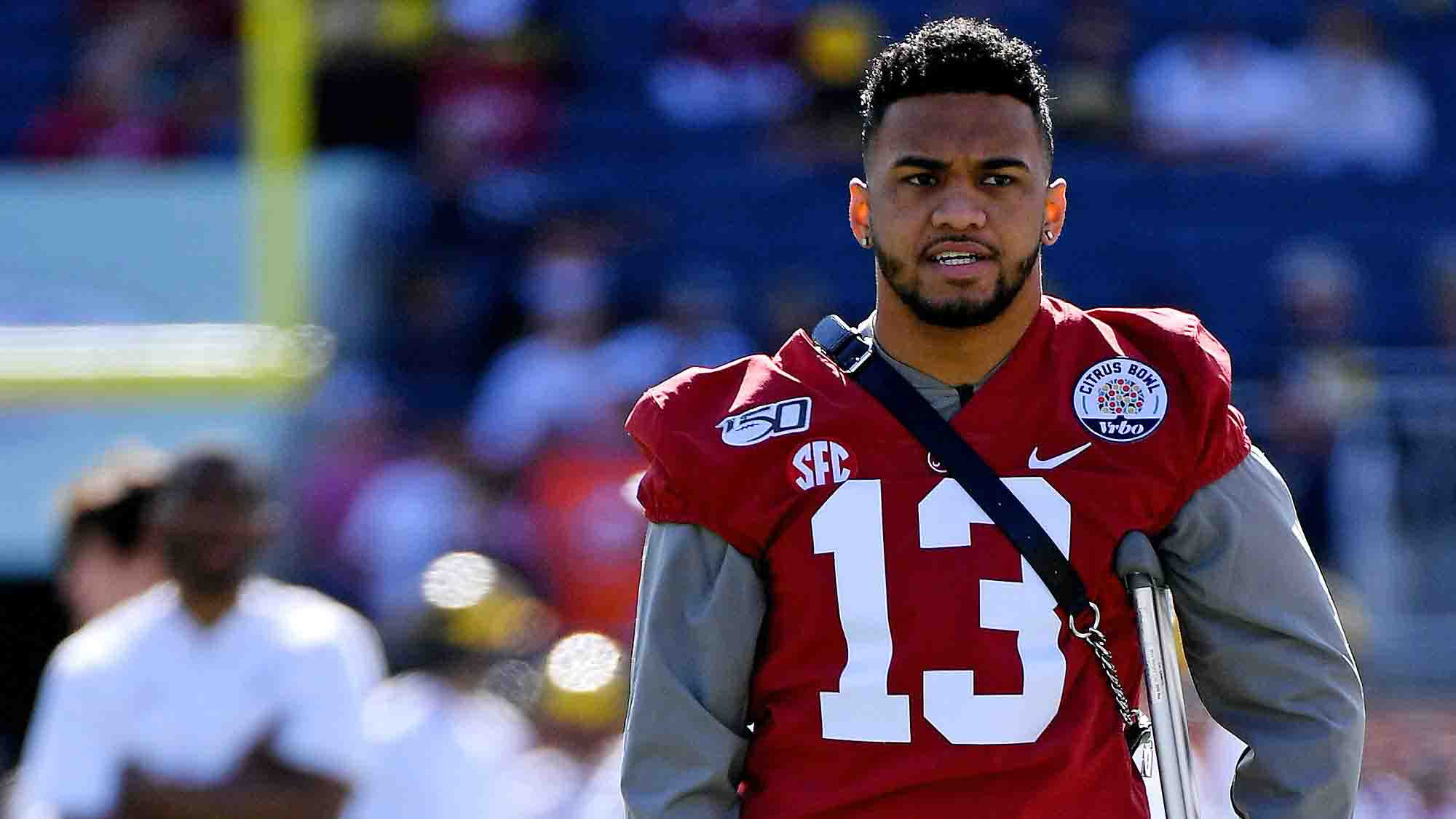 Tagovailoa celebrated his 22nd birthday in 2020. There are no rumors or information regarding his girlfriend, but he did mention wanting to have one. He is a believer and follows Christianity. His uncle and aunt are the preachers. Tagovailoa has a calm personality and isn’t shy to express his feelings on social media. In Mother’s day, he gifted his mother with Cadillac and is currently living in Ewa Beach in Hawaii. He belongs to the Samoan community.

Tagovailoa is an active user of social media, having over 351 thousand people following him on Twitter, and over 756 thousand followers on Instagram. In April 2020, he signed a partnership with Bose brand and muscle milk.

Tagovailoa has brown skin with cute wavy short hair. He is 6 feet and 0 inches tall with a bodyweight of 217 lb or 98 kg.

As of 2020, Tagovailoa’s net worth estimation is to be around 1 million dollars.