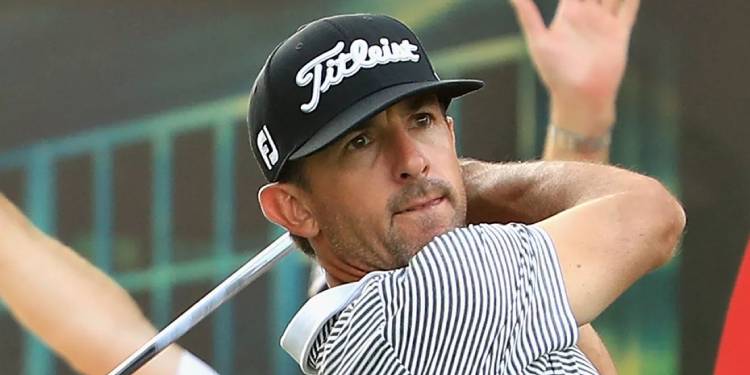 Wade Ormsby is an Australian professional golfer. He was a former member or participant in the PGA golf tour of Australasia, National Tour, and Challenge tour. Now, wade is currently on the Asian Tour and European tour for the golf tournaments.

Wade was born on 31 March 1980 in Adelaide, South Australia. He is a permanent residence of Adelaide.

Ormsby was quite a lovable person and has a passion for golf. He used to practice golf at a young age so that he can fulfill his dream to enhance for the best golf player in the world.

Besides, Ormsby went to the University of Houston in the United States (which is the 3rd largest university in whole Texas) for almost 3 years. At that time, he spends the rest of his free time golfing after attending college.

Following that, he also used to participate in small local tournaments to enhance his golfing skills even more.

Moreover, Ormsby was also a member of Australian Men’s Interstate Teams Matched in 1997 where he used to play interstate matches by representing South Australia. At a very young age, his determination to golfing is a beautiful step for his professional career.

Ormsby started his professional after completing his college study in 2001. He joined the PGA Tour of Australiasia which is from his hometown. During that time, he also wants to play for Europe.

Luckily, Ormsby manages to play in European Tour back in 2004 and secure his place through the Qualifying school which was in 2003. It is an annual qualifying tournament where players participate in the event to take a membership in the upcoming season. So, Wade came in the 112th position in the first season.

Following the membership card via qualifying school, Ormsby again places in the 71st position back in 2005. But after that, his membership pass is not qualified afterward so he again moves to the qualifying school to get the pass for several more years till 2013.

Likewise, after being able to regain the qualifying school membership pass, Wade Ormsby manages to score the highest point as a runner-up in the Blue Chip New Zealand Open tournament in 2006. Again in 2008, he secures his position in the top 10 finishes on 2nd tier U.S-based Nationwide Tour.

In the 2013 Asian Tour event, Ormsby wins the whole tournament of Panasonic Open India having 1 stroke. Later on, he wins his first professional international 2017 and 2018 European Tour on the UBS Hong Kong Open tournament.

The more recent biggest win of Wade Ormsby is the 2020 Hong Kong Open (Asian Tour)on where he finishes 1st with 4 strokes and left behind Shane Lowry.

Wade Ormsby is happily married to his wife Jenny who is his girlfriend from the beginning. The couple now has 1 child named Oskar.

However, the lovely couple got separated back in 2018 and Wade Ormsby once again married his second wife.

Wade Ormsby is quite a successful professional golf player in the world. He earned good fortune from his golfing career. So, his net worth is estimated at around $3 million.

Besides, he also earns from various sponsors and other golfing prizes.

Wade Ormsby is also seen active on his social media accounts. He has over 5.7k followers on his Instagram account and over 3.3k followers on Twitter.

For full biography about your favorite Golf Player, please check out Sportscovering.