Who is Alexander Albon?

Alexander Albon is a British-Thai racing driver who currently races for the Reb Bull Racing – Honda in Formula One with the car number of 23. He previously served for the Scuderia Toro Rosso (STR), an Italian racing team, and recently got promoted to the Red Bull Racing in late 2019, replacing the French racer Pierre Gasly. He became the first-ever Thai driver to take the podium when he finished third in the 2020 Tuscan Grand Prix in Italy’s Mugello circuit.

Alex Albon’s full name is Alexander Albon Ansusinha. He was born on 23 March 1996 in London, England, to his mother, Kankamol Albon, and his father, Nigel Albon, a British racing driver. He grew up alongside three sisters and one younger brother in Bures, Suffolk. Besides this, he is currently 24 years old with the zodiac sign of Aries. 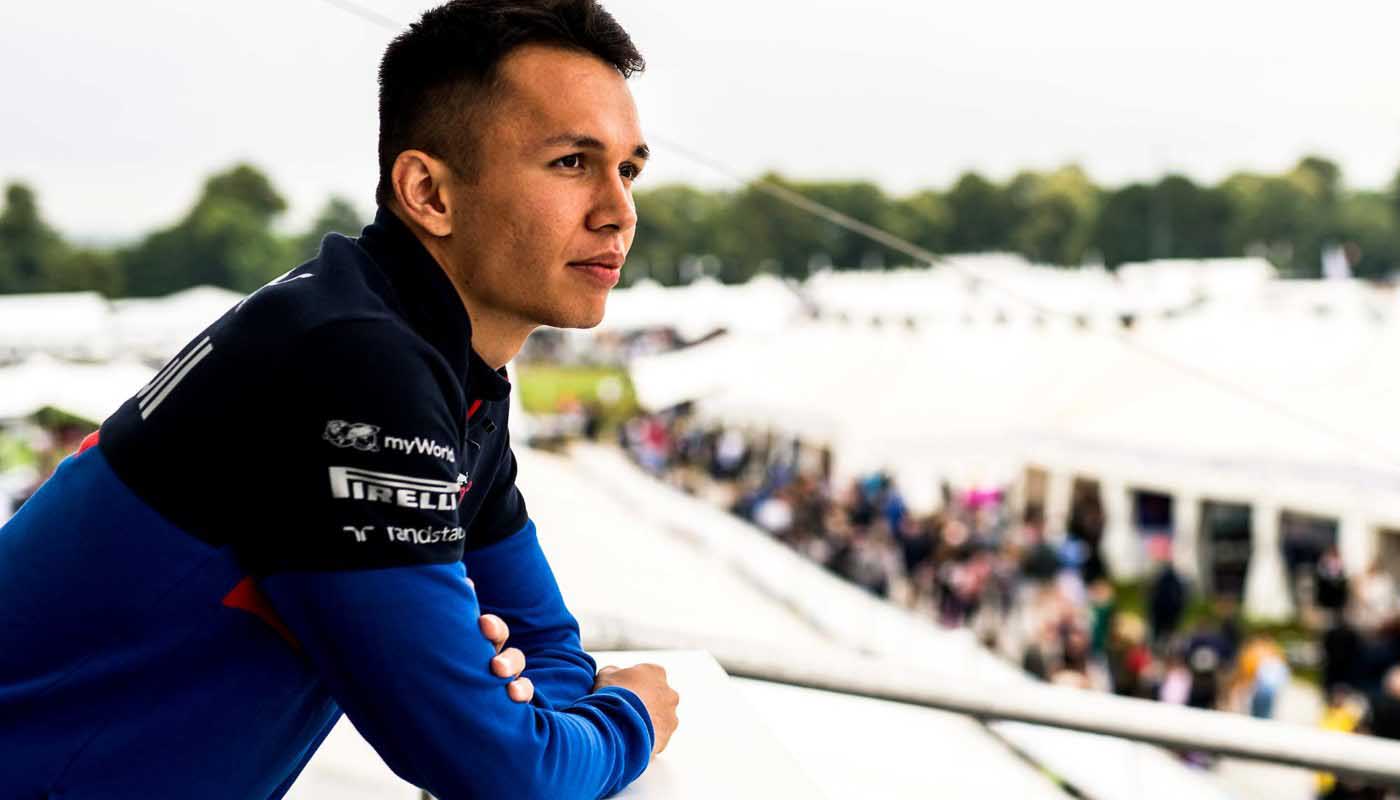 Alexander Albon holds a Thai and a British nationality but chooses to race under the Thai flag. He is a Buddhist and practices Buddhism as his religion. Besides this, he stands at the height of 6 feet and 1 inch (1.86m/186cms) tall and weighs around 73kgs (161lbs). Moreover, he has a slim body figure with a pair of brown-colored eyes and black colored hair.

Alexander Albon studied in the Ipswich School situated in Ipswich, Suffolk, England, and later decided to pursue his racing career.

Alexander Albon has not got involved with anyone as of now, nor has he been married to anyone. Currently, he is single and is not in a relationship. 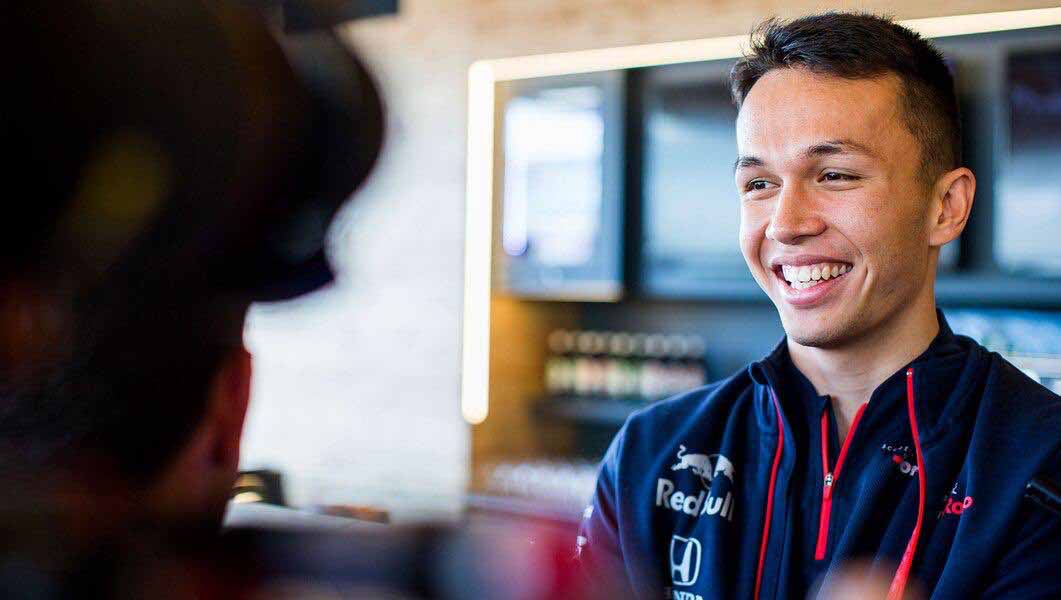 In the 2013 Eurocup Formula Renault 2.0, he raced for 14 races and won his first pole position with a flying lap. He scored 22 points that season and landed in the 16th position. In the 2013 Formula Renault 2.0 NEC series, he raced for a total of 6 races with one flying lap and one podium finish. He grabbed 61 points that season and ended in the 22nd position.

In the 2014 Eurocup Formula Renault 2.0, he raced for 14 matches with one pole position and three podium finishes. He finished the season in 3rd position with 117 points to his name. In the 2014 Formula Renault 2.0 NEC, he raced six matches in total with one win, one flying lap, and two podium finishes. He ended in the 17th position with 80 points to his name. He left the Kurt Mollekens racing to join the French auto racing team Signature in the FIA Formula 3 racing division.

Alexander Albon joined the Formula 3 division and competed in the FIA Formula 3 European Championship and raced 33 races with two pole positions and one flying lap. He grabbed five podium finishes with 187 points to his name and ended the series in 7th position.

Likewise, in 2016, he raced with the British Hitech GP in the Masters of Formula 3 and completed 5th.

Alexander Albon raced with the French ART GP in the GP3 series and rushed for 18 races, among which he won 4 races and bagged three pole positions with three flying laps. He had seven podium finishes with 177 points to his name and ended the season in 2nd position.

Alexander Albon joined the Formula 2 division and raced with the ART GP in the 2017 season of FIA Formula 2 Championship and raced for 20 races. He grabbed one pole position with one flying lap and one podium finish. He ended the season in 10th with 86 points to his name. 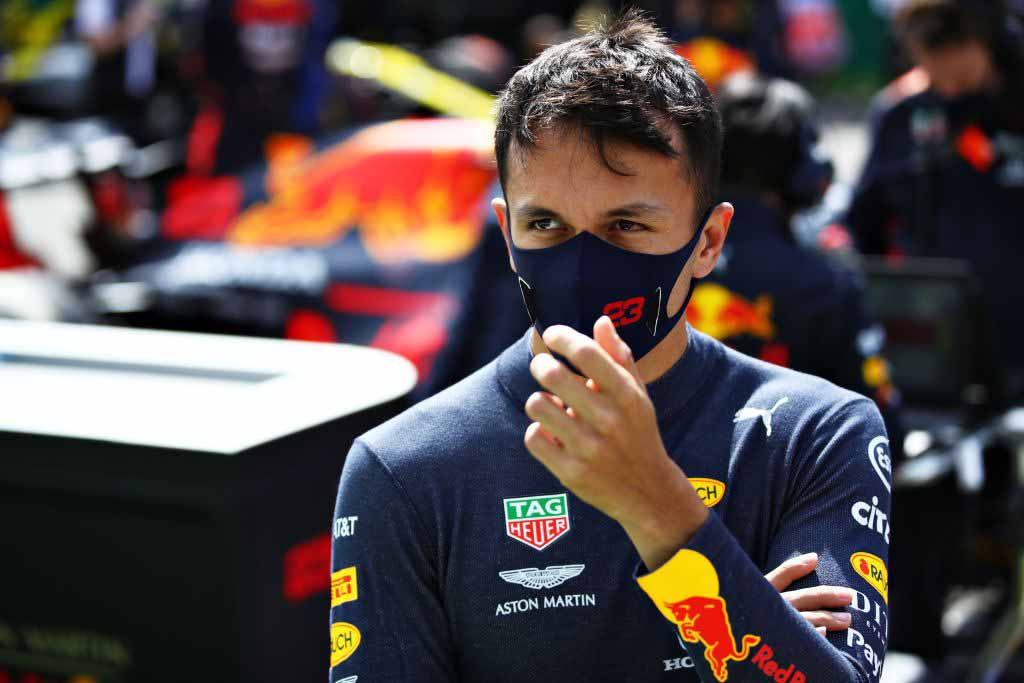 In the 2018 season of the FIA Formula 2 Championship, he raced with the French DAMS racing series for 24 races with four wins and three pole positions. He had eight podium finishes and finished the season in 3rd position with 212 points to his name.

Alexander Albon got promoted from Formula 2 to Formula One in the 2019 season, and he joined the Red Bull Toro Rosso Honda, which is seven years later than Romain Grosjean. He raced for 12 matches and got transferred to Aston Martin Red Bull Racing, where he served a total of 9 games completing the 2019 Formula One season in 8th position with a total of 92 points to his name.

Likewise, in the 2020 season of Formula One, he has raced for a total of 16 races and grabbed two podium finishes. He is currently n 8th position with 93 positions to his name. Albon is in friendship and dispute with another F1 racer Daniil Kvyat in the middle periods of 2020.

Alexander Albon was awarded the Rookie of the Year by the FIA in the FIA Prize Giving in the year 2019.

Alexander Albon earns from his racing career and brand endorsements with the Moose Cider and MDM Design. As of the year 2020, he has a high profile lifestyle and uncertain net worth of $1 million.