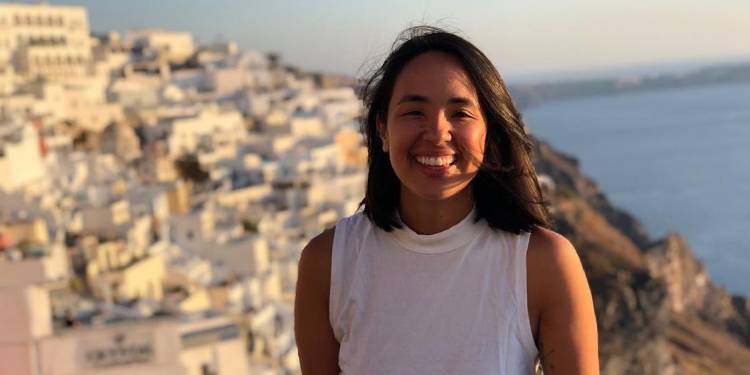 Ashly Perez is a producer, actor, content creator, one of the development partners of BuzzFeed Motion Pictures, and a women’s rights specialist. She focuses on various stereotypical experiences of young, multicultural women.

Most of her content primarily focuses on stereotypes faced by South Korean women. However, she is also an inspiration to the youth and supports the LGBTQ community.

Ashly Perez comes from a family of doctors, nurses, and lawyers. Her father’s name is Aaron, but she has not revealed her mother’s name. Her mother lived in the Philippines before immigrating to the United States. Ashly graduated with a Bachelor’s Degree in International Business from Pepperdine University in Malibu, California. Her parents have no negative feelings regarding Ashly’s line of work; instead, they are very supportive.

The American-Asian content creator stands at 5 feet 6 inches (168 cm/1.68 m) with a slim build. However, she has not revealed her actual physical measurements to the public.

In addition, the 32-year-old YouTuber has long black hair and brown monolid eyes.

Unlike some individuals who secure a stable job, Ashly Perez struggled to find employment after graduation. Before landing a stable and promising career, she worked on 19 jobs. Ultimately, she found an appointment at one of the world’s leading independent digital media companies.

Before her stable career, she worked as a camp counselor, an English teacher in South Korea, an office manager at her father’s dental clinic, and a frozen yogurt topping scooper. Ashly would write blogs and articles for BuzzFeed when she was in Korea.

BuzzFeed is a New York-based Internet media organization where she applied for a job and waited for a reply. Instead, during her stay in Korea, she wrote an article that represented the country’s obsession with women’s beauty titled ‘I wasn’t Beautiful Enough to Live in South Korea. Ashly’s article went viral and helped her get a shot at BuzzFeed. As a result, BuzzFeed offered her an editorial fellowship. So in 2013, she moved to New York and followed with a six-month internship.

After that, the company appointed her as a video producer and development partner for Buzzfeed Motion Pictures. Her career officially started, and she began creating and editing content for the website.

Ashly Perez co-created BuzzFeed Violets and later was cast with her fellow producers in their first stand-alone series, ‘You Do You,’ in December 2015. The series revolved around four female characters in BuzzFeed Violet that depicted the stereotypes faced by multicultural women. The series soon gained popularity and took the top spot on ‘iTunes TV.’

Ashly brought the automobile company Toyota on BuzzFeed’s board, following with the company sponsoring their first scripted series. She also featured on two viral quizzes – ‘What City Should You Live In?’ and ‘What Career Should You Have?’
Her speech on obtaining one’s dream job was an inspiration to many. As a member of the ‘Asian Student Union,’ she expresses her views on how the movies portray Asian Women. Later in February 2018, she announced her departure from BuzzFeed.

Ashly Perez left everyone shocked after she revealed on ‘You Do You’ that she was bisexual. The character Ashly portrayed her as straight. The video shocked her fans since she had an on-screen husband named Andrew Ilnyckyj.

Ashly posted a nautical-themed wedding on her Instagram and shared that she was in a relationship on Twitter. However, she did not convey anything about her girlfriend.

Although she shocked everyone revealing her sexuality, she is yet single as of 2021. In addition, she has not disclosed any previous relationships yet.

Ashly Perez is an active social media user. Being one of the most inspirational media personalities, she has accumulated 501k followers on Instagram @itsashlyperez and 186k followers on Twitter @itsashlyperez. Ashly is a walking sensation to the youth.

Ashly Perez works as a Youtuber and a Producer. She is said to make approximately $366.8K – $5.9 million per annum from her channel alone in Buzzfeed. In addition, she is a creative content creator with engaging content in her youtube channel.

For more updates and exciting content on your favorite celebrities, please visit us at Sportscovering.