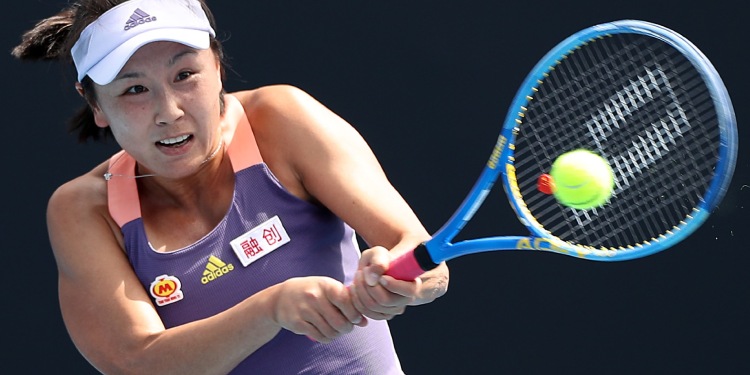 Peng Shuai is a Chinese tennis player. Shuai is well known in the tennis world. After the WTA ranked her No. 1 doubles player, she became the first Chinese player to rank. In 2013 and 2014, Peng won two women’s doubles Grand Slams and coached under Carlos Rodriguez.

Peng Shuai was born on January 8, 1986. Her father’s name is Peng Jiyun and Zhang Bing is her mother’s. She grew up in Xiangtan, Hunan, China. The 35-year-old tennis player comes from an Asian ethnic background and holds Chinese nationality. She has siblings however, their names have not been disclosed to the public. Stand 5 ft. 10 inches (1.77 m) and weighs 61 kg.

Peng was introduced to tennis by her uncle. At the age of 8, she had taken an interest in the sport. Her uncle was a famous coach in China. Peng attended the Renmin University of China in Beijing. At the age of 13, she suffered a heart problem which almost ended her career before it started.

Peng Shuai played her first event on ITF Circuit in China. Her first WTA main draw concluded with her winning two singles titles and one doubles title on ITF Circuit in 2001. In 2002, she won one singles title. Followed by two singles and one doubles title in 2003. She lost to Czech Nicole Vaidišová in the $25k singles finals. By this time, she ranked No. 107.
In January 2005, she qualified for her first WTA semi-final.

The following week, Peng won her first Grand Slam singles match. However, 2006 started out disappointing for Peng as she lost her first-round ties at Sydney. However, the following year started slightly better as she was ranked in the World’s top 50s.

In January 2008, Peng Shuai ranked No. 45 but suffered two losses in singles play against Spain in the Fed Cup semi-finals. After Wimbledon 2007, she ranked No. 40. Tarik Benhabiles coached Peng for the 2009 season and won the doubles title with Hsieh Su-Wei. She won again with Hsieh at the Italian Open in May.

In November 2021, Peng accused the Chinese Communist Party (CCP) Zhang Gaoli of sexual assault. Peng shared how she was pressured to have a relationship in her Weibo account. 20 minutes after posting, she removed the post however, the public already saw and took screenshots.

After the accusation, Peng disappeared and her whereabouts were unknown. The CEO of WTA warned that WTA will be pulled out of China and they must ensure her safety. On November 17, 2021, the Chinese state media shared an email written by Peng to Simon.

She stated her resting at home and that her allegation of sexual assault was not true, and that she was not missing. On December 1 and 2 of 2021, the International Olympic Committee reported holding a call with Peng confirming her safety.

Peng Shuai is not in a relationship as of 2021. A rumor started that she was close to former senior Chinese vice premier Zhang Gaoli. Although he was married, he spent a significant amount of time with Shuai. A few years later, Peng accused Zhang of sexual assault and disappeared.

Over the years, Peng Shuai has accumulated a decent amount of money. Her primary source of money is her profession as a tennis player and other sources like games prizes from the tournament. According to online sources, her net worth is $5 Million approximately. Peng won tournaments left, right, and center. Sources claim she has won a total of $9.6 million as prize money.

Peng Shuai is not an active social media user. She doesn’t have an Instagram or Twitter. The only social media she uses is Weibo. She recently posted a photo with her pet cat.