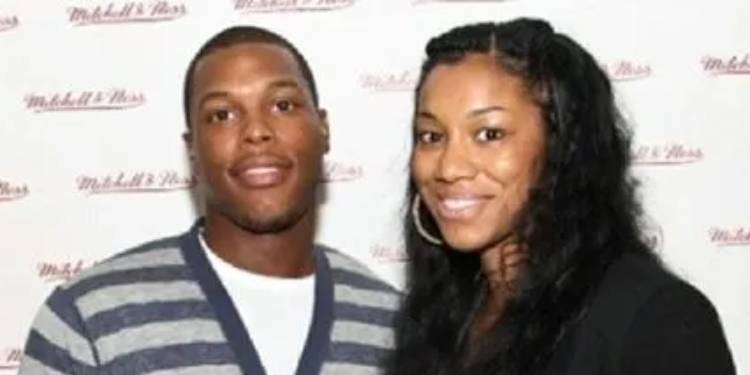 Furthermore, Ayahna is also known for being the loving and supporting wife of NBA Player Kyle Lowry.

Since Ayahna was born on February 2, her star sign is Aquarius. The athlete recently turned 37 and follows the Christian religion. The 37-year-old personality is the daughter of Ramone Moore and Cherise Michele Cornis.

Moving to her educational qualifications, Ayahna attended and graduated from Cardinal Dougherty High School. Afterward, she joined St. Joseph University with a scholarship in basketball.

However, Ayahna has not revealed her exact body measurements, so her measurements are unknown.

From childhood, Ayahna developed an interest in the sport and played basketball in high school and college. However, her college years were the most notable of all.

Furthermore, Ayahna also secured the Most Valuable Player honor two times at the Philadelphia Catholic League Northern Division. Afterward, her games led to her name being listed in the Atlantic 10 All-Conference Second-Team.

Before graduating college, Ayahna set an average of 18.7 points with nine rebounds and seven assists. Unfortunately, her career was cut short due to an ACL injury in her junior year.

Ayahna Cornish-Lowry is a married woman. Ayahna exchanged vows with NBA Player Kyle Lowry in 2014. Kyle and Ayahna first met in high school and dated for over 12 years before sealing the deal.

Soon after marriage, the pair became parents of two wonderful children – Karter and Kameron. Ayahna and her children often attend most of Kyle’s games, showing her love and support.

Kyle Terrell Lowry, professionally known as Kyle Lowry, is a professional American basketball player. Kyle plays for the NBA Miami Heat. Before the Heat, he has played with teams like Memphis Grizzlies, Houston Rockets, and Toronto Raptors.

In his career, Kyle has won numerous honors. 6x NBA All-Star, NBA champion, All-NBA Third Team, and Big East All-Freshman Team are some of the honors he acquired.

In the 2006 NBA Draft, the Memphis Grizzlies picked Kyle as the 24th pick in the first round. Playing for the Grizzlies, Kyle appeared in 10 games before suffering a wrist injury. Afterward, he joined the Houston Rockets in 2009. Kyle played for three seasons before transferring to the Toronto Raptors.

Kyle played nine seasons with the Raptors before transferring to the Miami Heat. Further, Kyle has also represented the United States on an International Level. Kyle won the gold medal at the 2016 Summer Olympics, where he averaged 5 points with 3.3 rebounds.

Ayahna is a basketball player who earned several honors playing in college. Before her career was cut short, Ayahna played several games and made a decent amount. However, Ayahna has not revealed her earnings, so her net worth is unknown.

On the other hand, her significant other has an estimated net worth of $55 million. In addition, the pair won a $2.7 million house in Wyne, Pennsylvania.

Ayahna Cornish-Lowry is not an active social media user. In addition, Ayahna is not on any of the social media platforms, including Instagram and Twitter. Instead, Ayahna prefers to lead a silent life despite being married to an NBA Player.

Unlike Ayahna, her significant half is an active social media user. Kyle’s Instagram handle is @kyle_lowry7, with a fan following of 1.5m followers. Similarly, Kyle is also on Twitter as @Klow7 with 934.2k followers.

For more biography on your favorite basketball players and their wives, please stay connected with us at Sportscovering.