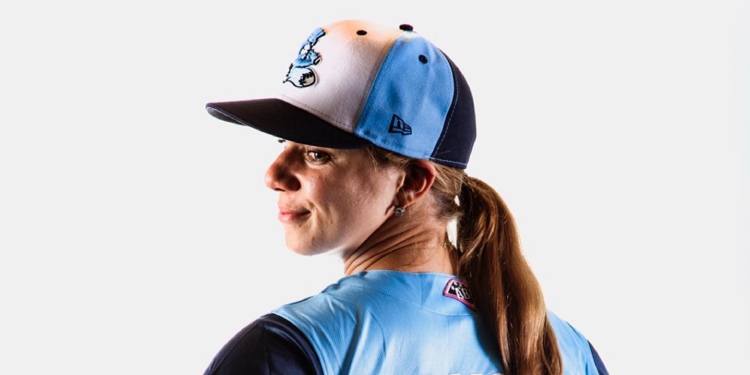 Who is Rachel Balkovec?

Balkovec was named the manager of the Class-A minor league team of the New York Yankees in 2022.
She started her career as temporary contract strength and conditioning coach for the St. Louis Cardinals in Johnson City in 2012.

The popular and talented Rachel Balkovec, who came to fame shortly after she was introduced as a coach, came into the real world in 1987 on 5th July.

Currently, Rachel is 34 years old with a birth sign of Leo. Rachel stands 5 feet 9 inches tall and weighs 79 kg. She has a fair complexion and brown hair with brown eyes talking about her facial appearance. Her body measurements are 34-26-34, including her chest size, 34 inches, waist size, 26 inches, and hips, 34 inches.

With that, Ralkovec holds an American citizenship card, belongs to the Catholic ethnicity, and follows the Christianity religion.

Talking about her academic journey, Ralkovec attended Skutt Catholic High School for her primary and secondary levels of education. She learned to play softball, soccer, and basketball during her high school days. She got enrolled in Creighton University after that, where he got a chance to play as a catcher for the Creighton Bluejays Softball team.

Ralkovec was later transferred to the University of New Mexico, where he also used to play as a catcher for the New Mexico Lobos. She completed her graduate degree in exercise science in the year 2009.

The popular coach and manager now started her career in 2012 in the post of temporary contract strength and conditioning coach for St. Louis Cardinals Johnson City. It was a minor league-affiliated American professional baseball team. During her time there, she was able to win an Appalachian League Award for strength coach of the year.

Rachel becomes the first woman to hold a full-time role as Johnson’s city affiliate strength and conditioning coordinator in the context of baseball.

After that, Rachel was hired as a Latin American strength and conditioning coordinator by the Houston Astros in the year 2016, where she learned Spanish to be more fluent in communicating with the team and players.
She has also worked in Dutch baseball and softball programs in the post of assistant hitting coach.

Rachel joined as a hitting coach for the New York Yankees in the November of 2019 to start the spring training in 2020. which also made her the first woman to hold this position in history.

Ralkovec has also coached Australian Baseball League during the canceled 2020 Minor League Baseball season. Currently, she is working as a manager for the Low-A Tampa Tampons.

Rachel is not married and is not dating anyone till now. Instead, she is enjoying her single life and focusing on her career.

Balkovec has an estimated net worth of $2 million. Her work as a coach and manager has sustainably filled her pocket. She is having a great time with her career as a baseball manager. Rachel’s major source of income throughout her career.

Rachel has 23.1 thousand followers on her Twitter account under @ _rachelbalkovec. Rachel’s tweets and retweets are fun to read.