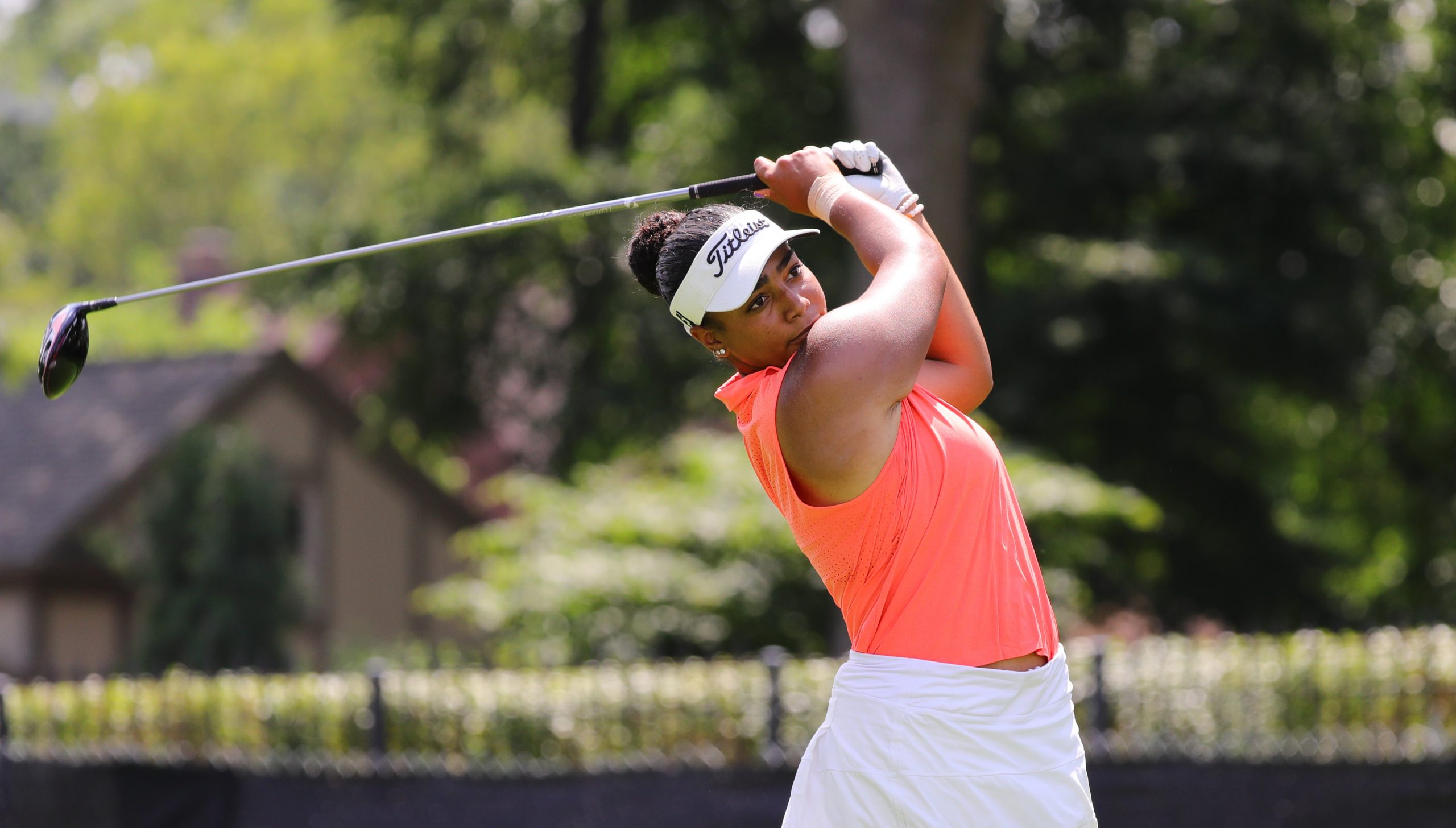 If someone works hard to pursue their dream from an early age, nothing can stop them. The same quote is linked to Bailey Davis’s life who is a golfer and slowly gained fame and popularity over the years because of her hard work.

Besides, Bailey has been an inspiration to lots of young girl golfers behind her who are just starting their golfing career either from college or thinking about going professional.

Similarly, according to the Golfweek report, Davis ranked No. 1 player in Maryland and No. 7 in the recruiting class of 2021.

There are lots of things that many people are aware of Bailey and her golfing career.

Bailey Davis was born on September 15, 2002, in White Plains, Maryland, United States. She belongs to the black-American ethnicity and holds an American nationality. More, her birth sign is Scorpio.

Likewise, Davis is the daughter of Morris Davis (Father) and Marlene Annoni (Mother). She receives all the love and support from her parents from an early age because of her caring personality.

Unfortunately, there is no information regarding her siblings whether she has one or not. But we are working on it to find one and will update it as soon as possible.

Other than this, Bailey is graduated from North Point High School located in Waldorf, Md. However, she didn’t yet join the University for higher studies.

Bailey Davis has had a passion for golfing from a young age. She used to play golf in her hometown for the local level events. Her dream was to become the first Black-American female to be the best golf player in the world.

So, after joining North Point High School, she continues to pursue her dream. She played for her school team and manages to secure an excellent score.

In 2019, Bailey participates in the USGA and PGA Junior Girl Championships. Unfortunately, she didn’t win the tournament but gained quite fame because of her skills at such a young age.

Similarly, Davis also competes for the 2020 AJGA Rolex Girls Amateur Championships which is the most competitive junior field in the world. At that time, her gameplay was quite impressive over the matches. But she wins the match yet still secures 8th place in the final.

Recently, Bailey made her into the final game of the 72nd U.S Girl’s Junior, thinking about winning the USGA championship. She fought the match against Rose Zhang (World’s No. 1 ranked amateur) but lost the match.

Despite that, Bailey said, “I want to be able to win championships, and I want to be able to do well in college and then possibly play professionally after that.” She continues, “Because then I want girls to be able to look at me and say: ‘Hey, she kind of looks like me, you know? Maybe I can do it as well.”

There is no information about Bailey Davis being in a relationship or dating someone. So, we assume she is single and only focusing on her career.

Bailey Davis’s net worth is still under review as of 2021.

Bailey Davis is also active on her social media accounts. She has an Instagram account with 2.5k followers. Davis is a rising golf star who is slowly gaining popularity in the Woman golf world.

For full biography about your favorite Golf player, please check out Sportscovering.