Blake Treinen is a professional baseball player from America currently playing for the Los Angeles Dodgers in Major League Baseball. He started his baseball career from his high school team and was picked up by the Oakland Athletics in the 2011 MLB draft. Blake had also previously played for the Washington Nationals and was also part of the all-star team in 2018. He plays as a pitcher.

He was born to Gete Treinen and Tim Treinen on 30th June 1988 in Wichita, Kansas. He has one brother, Zach. He started playing baseball from a young age but later had to quit it due to developed prediabetes. But he returned to playing in junior year of his school. 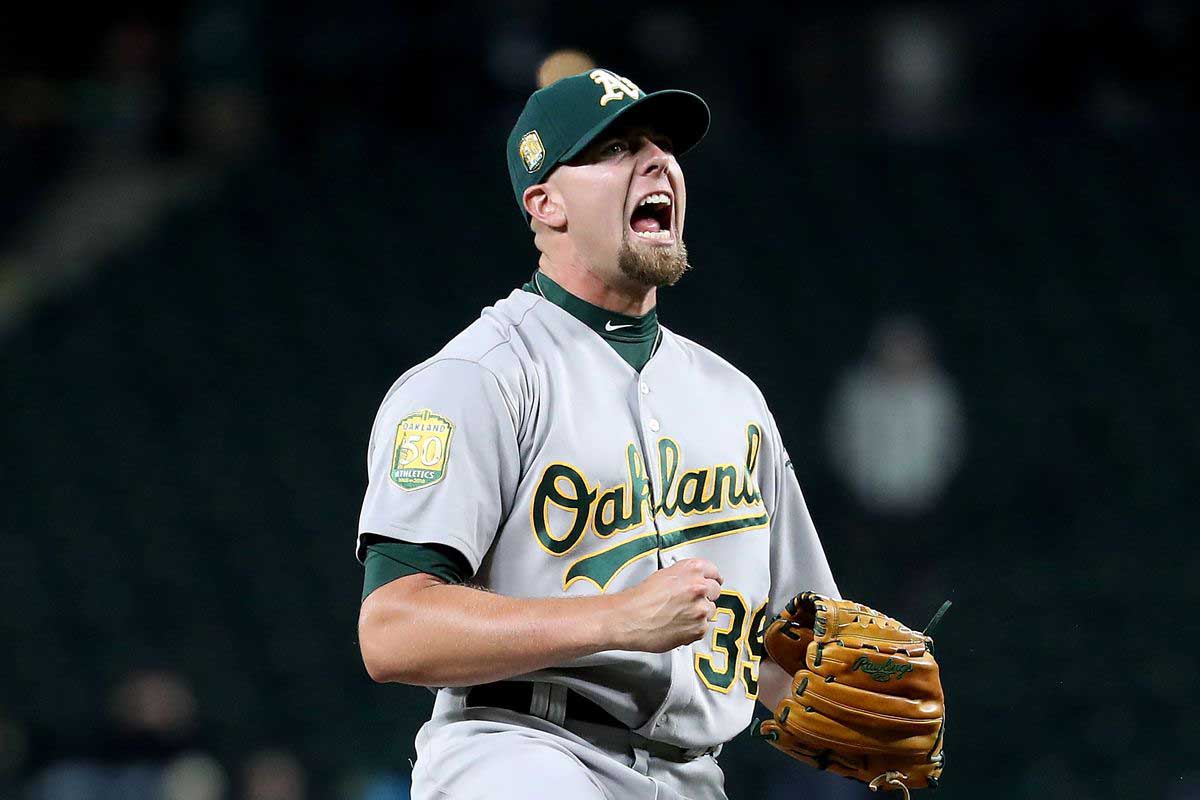 He completed his high school studies at Osage City High School and later enrolled in the Baker University. He used to play baseball for his college and high school team. He later transferred to the University of Arkansas and again took a transfer to South Dakota State University.

He used to play for his high school team in his freshman year, but of the prediabetes, he had stopped playing baseball and returned to the game in his junior year, where his fastball speed had reached 127 km/h. During a baseball cam by Don Czyz, Blake Treinen got recommended to the head coach of South Dakota State Jackrabbits baseball team, Ritchie Price.

He then transferred to play for the South Dakota State University’s team. He had an average pitching speed of 142 km/hr while playing for the Jackrabbits, initially. At the end of his senior year, he has a win-loss record of 7.3 and had an earned run average of 3. His fastball had also reached a speed of 156 km/hr during his senior year. 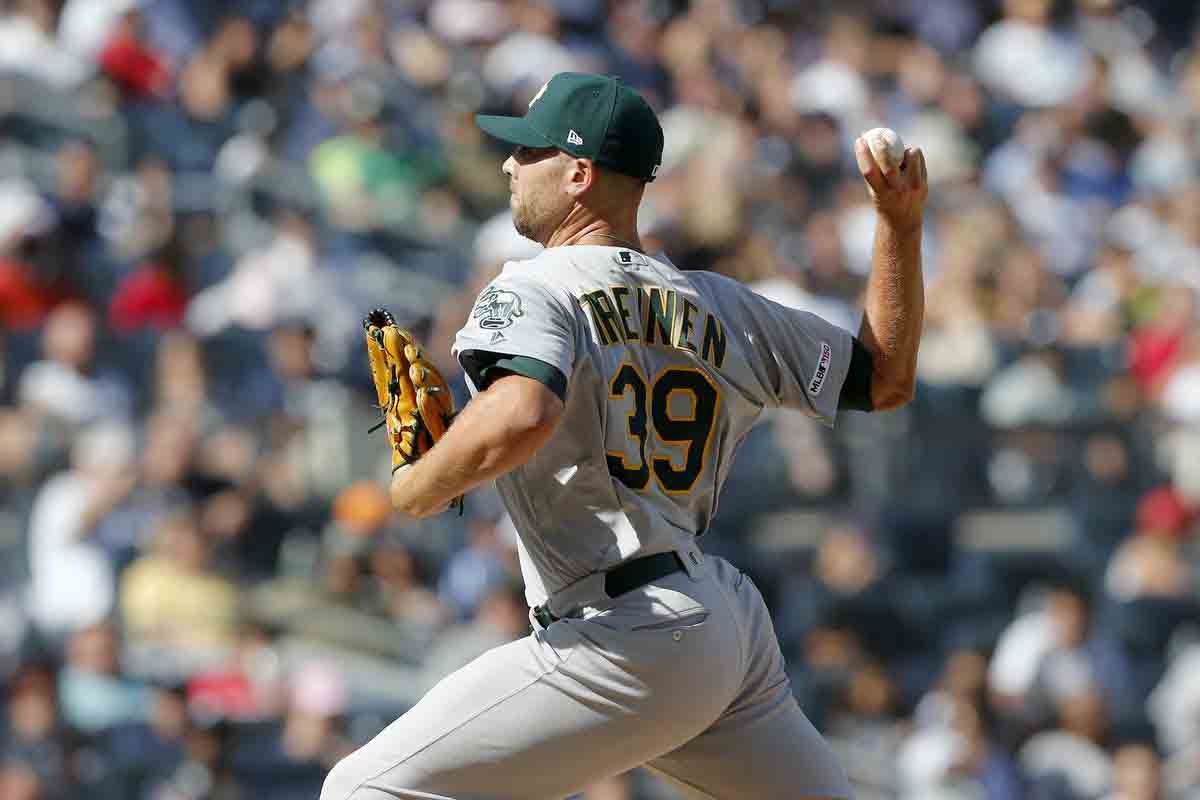 In the 2010 MLB draft, he got picked by the Miami Marlins but later withdrew the offer because of a shoulder inflammation to Treinen. In the 2011 draft, he was picked up by the Oakland Athletics for a $52,000 signing bonus. Even though an MLB team picked Blake Treinen, he spends his initial years playing for Stockton Ports in the Class A-Advanced California League.

He got then traded to the Washington Nationals before the 2013 season. Blake Treinen made his debut in Major League Baseball in April 2014, and the first win in the MLB came in June against Chicago Clubs. In the 2014 season with the Nationals, he started as a pitcher and threw his fastball with 158km/hr. He completed his 2014 season with an ERA of 3.35 in the minor league and 2.49 in the major league.

He received the Reliever of the Month Award twice in 2018 in Major League baseball. Blake Treinen’s other awards are unknown. 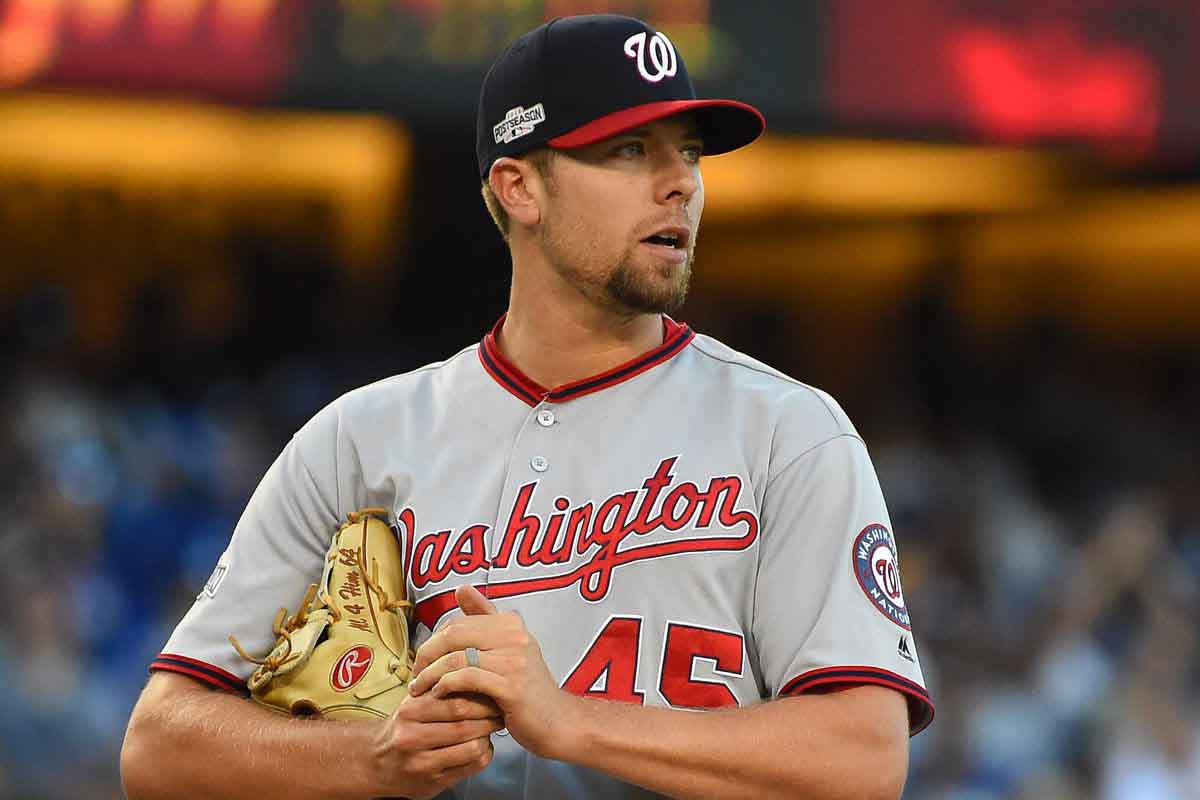 He got married to his high school love, Kati Treinen, in 2014, who was a former basketball player. She currently serves as an assistant to coach Bobbi Hazeltine of Walla Walla Community College. Treinen is a devout Christian and has a humble nature. His zodiac sign is Cancer.

Blake Treinen is 1.96 meters or six feet and five inches in height and weighs ninety-eight kilograms.

According to several sources, his net worth ranges from $2-10 million.