Derrick is a professional MMA fighter from America. He is associated with the “Ultimate Fighting Championship” (UFC) in the “Heavyweight” division. Derrick has been competing in the professional MMA scenario since 2010. He has also been the winner of the “Legacy FC” and “Bellator MMA.” His “UFC Heavyweight” rankings are number 4 on 3rd September 2020.

How was the Derrick Lewis childhood?

The birthplace of Derrick is New Orleans, Louisiana. He came into the world on 7th February 1985. Derrick has six siblings. His mother raised all of them on her own. Derrick was always into trouble. He was involved in street fighting time and again. Derrick moved to Houston, TX along with his family in 1999. Likewise, Derrick started his boxing training when he was seventeen years old. It was when the gym stopped operating.

What is the education of Derrick Lewis?

Derrick Lewis completed high school. He had to remain on probation due to “aggravated assault.” Derrick joined the “Kilgore College” after two years of the incident. He enrolled in the college on full fellowship for his football skills. Derrick violated his probation. This made him receive the punishment of five years in prison. But the punishment decreased to three and a half years.

Just after he was released from prison, his friends introduced him to MMA fighting. During that time, he was working as a tow-truck driver. George Foreman was training him in boxing at the same time. He decided to focus on MMA after his victory in a match. 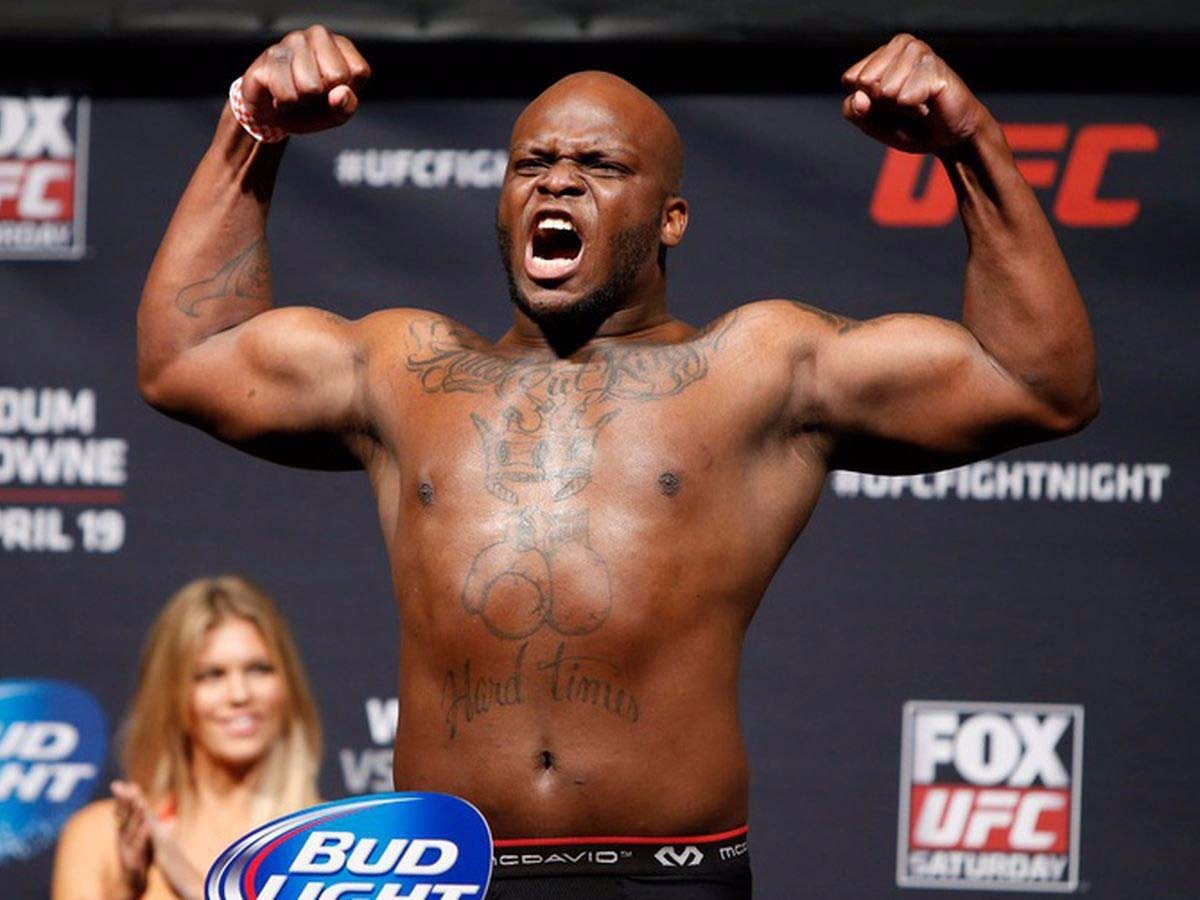 How did Derrick Lewis started his career?

The professional MMA career of Derrick started at the ending of  2009. He fought his debut match in the “LSAMMA” on 16th October, 2009. Derrick lost the match against Jay Ross through “TKO.” He used the feelings of defeat into the winning spirit and trained even harder. Derrick won the match against Tim Buchanan in the “United States American Combat Association” on 30th January 2010. He won the match through “TKO.”

Likewise, he signed a control with “Bellator Fighting Championship” in May 2010. He fought “Tony Johnson” at “Bellator 46” on 25th June 2011. Derrick lost the match through a unanimous decision. Derrick won and defended the title “Legacy FC Heavyweight Championship.” Then, he joined the “UFC.” He started his UFC journey at “UFC on Fox: Werdum vs. Browne” against Jack May on 19th April 2014. Derrick won the title through TKO.

Moreover, Derrick Lewis fought Guto Inocente in “The Ultimate Fighter 19 Finale” on 6th July 2014. He won the match in the first round through “KO.” Derrick lost the match against Matt Mitrione through knockout at “UFC Fight Night 50” on 5th September 2014. He continued his winning streak by defeating Ruan Potts through TKO at “UFC 184.” It was on the 28th of February 2015. 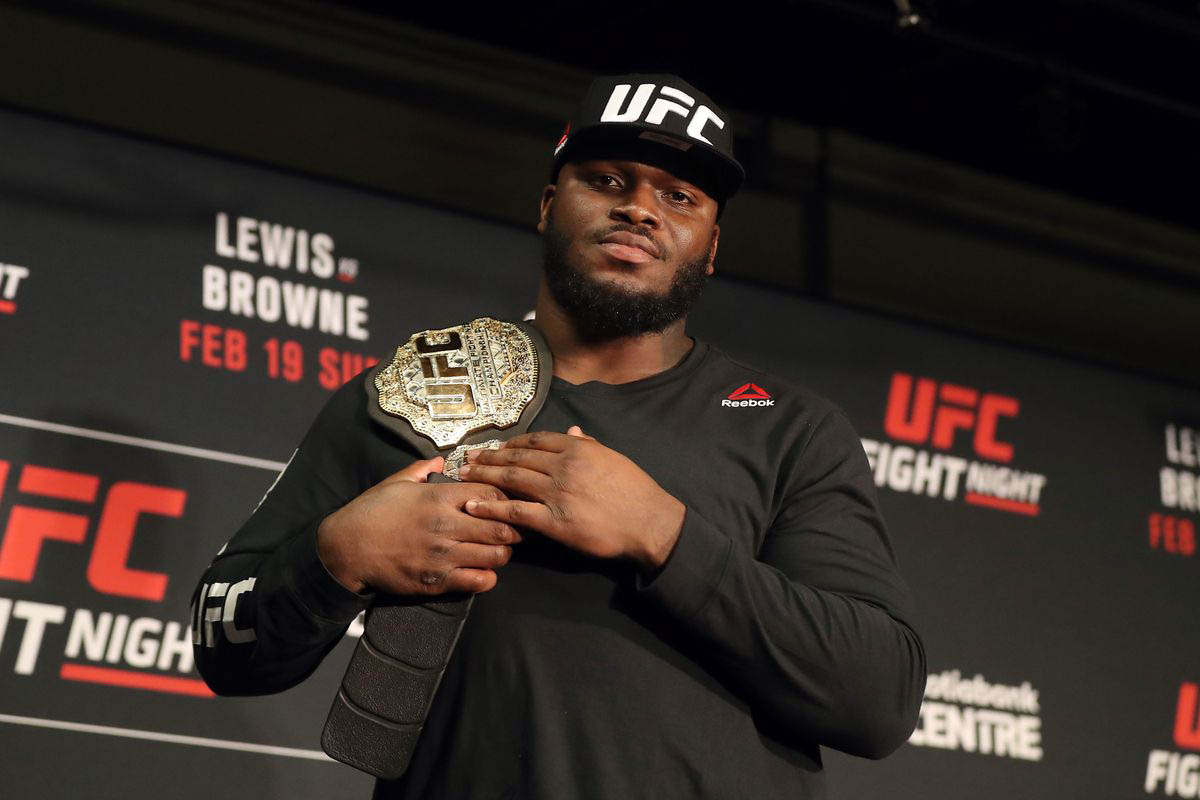 Likewise, Derrick won the match against Roy Nelson through a split decision at “UFC Fight Night 90” on 7th July 2016. He even participated in the “UFC Fight Night 102” on 9th December 2016. Derrick faced Shamil Abdurakhimov in the match. He lost the first three rounds but won in the fourth round through TKO.

Moreover, Derrick Lewis won the match against Marcin Tybura through technical knockout at “UFC First Night 126” on 18th February 2018. This also gave him the title of “Performance of the Night.” He defeated Francis Ngannou through a unanimous decision at “UFC 226” on 7th July 2018.

Derrick fought Daniel Cormier in the “UFC Heavyweight Championship” at “UFC 230” on 3rd November 2018. Daniel choked him in the second round and Derrick had to submit for the first time in an MMA fight. Derrick signed a new contract with the UFC. He fought Junior dos Santos in “UFC on ESPN+4” on 9th March 2019. Derrick lost the match in the second round through TKO. He won the fight against Blagoy Ivanov at “UFC 244” on 2nd November 2019.

Moreover, Derrick won another match against Ilir Latifi through a unanimous decision at “UFC 247” on 8th February 2020. His last fight was against Aleksei Oleinik at “UFC Fight Night 174” on 8th August 2020.

Who is the wife of Derrick Lewis?

Derrick Lewis married his longtime girlfriend in April Davis on June 2017. The couple is gifted with three children, two sons and a daughter.

Is Derrick Lewis on Social Media?

Derrick Lewis is active on social media platforms. He goes with the name of “@thebeastufc“ on Instagram with 1.8M followers and “Derrick Lewis” on Twitter with 230.4K followers. His Facebook page ‘Derrick ” The Black Beast” Lewis’ has 85K followers. 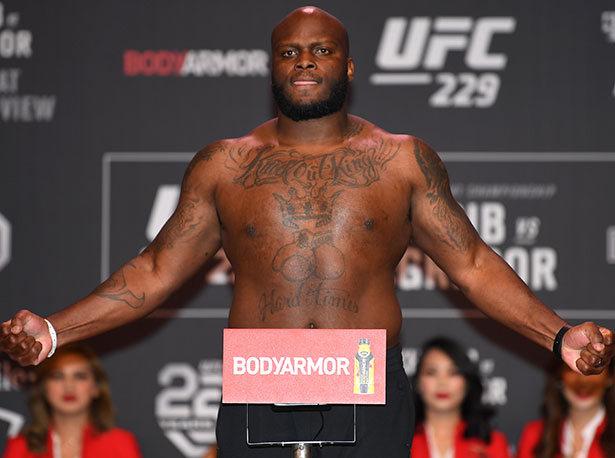 How much is Derrick Lewis net worth?

Derrick Lewis has been part of the MMA fraternity for more than ten years. He has won a lot of matches and titles. Derrick has a long way to go. According to celebritynetworth.net, he has an approximate net worth of $1.5 million.

The full name of Derrick is Derrick James Lewis. The nationality of Derrick is American. His current age is 35 years. He has an attractive height of 6 feet 3 incbhes with a complimentary weight of 120 kgs. Derrick belongs to the black ethnicity.