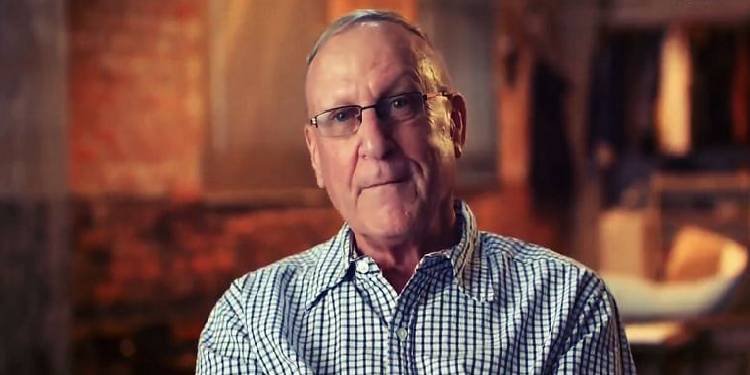 Earl Hebner is an American former professional WWE referee who has served his service on WWE from 1988 till 2005. His work was excellent during his stay on WWE that titled him as the best referee of all time. Besides, Hebner also participates in various storylines such as The Alliance and The McMahon.

Apart from that, Hebner is now currently working with All Elite Wrestling since 2019 and still continuing on it. One thing which you should learn from the Earl is to focus on your dream and vision no matter how tough the situation is or what you are going through.

Earl Hebner was born on May 17, 1949, in Richmond, Virginia, United States. He is the twin brother of Dave Hebner who is also a professional wrestling referee.

He spends most of his childhood and young at in his hometown with his brother.

The information regarding the Hebner parents is still a mystery so we will update the info if we find any in the future.

Earl Hebner started his career as a referee in the famous show “I Quit” which is a wrestling match where you have to make your opponent quit the match for the win. Later on, he joined the WarGames math back in 1987 as a referee.

After years of work, Hebner first debuted in WWE (World Wrestling Entertainment) back in 1988. At that time, he was the referee in the WWF World Heavyweight Championship match in which the participants are Hulk Hogan and Andre the Giant.

Likewise, Hebner was also part of WrestleMania IV which was the biggest moment for him during that time.

In 1997, Earl can be visible in the Survivor Series of the Montreal Screwjob. Later on in the WWF Heavyweight Championship match between Shawn Michaels and Bret Hart, he was the timekeeper of the ring bell to end the match. Besides, Hebner’s time on the Montreal Screwjob was excellent and went quite well.

Later on, Hebner again back to WWE in 1999 for the match against Triple H and Chris Jericho. During the game, Triple H manages to win the title of WWF Championship in a quick count.

His year was going well until he was fired from the WWE on a charge of selling the merchandise of WWE without their permission in July 2005. It was a shocking moment for Earl because his twin brother was also released on next day.

After being fired from WWE, Hebner debuted on Total Nonstop Action wrestling in 2006. He handles several matches during his stay until 2017, Earl Hebner leaves Impact Wrestling.

Currently, Hebner is working in All Elite Wrestling which he joined back in 2019.

There is a little bit of twist in an Earl Hebner relationship. He was married twice from 1969 to 2000. Hebner’s first wife was Carol Ann Kettner to whom he married from 1969 till 1977.

After getting divorced from his first wife, he again married Susan Ann Green from 1978 to 2000. Unfortunately, his second marriage was also a failure.

Apart from that, Hebner has son Brian Hebner and a daughter Katie Hebner.

Earl Hebner is a successful wrestling referee in the world who has earned good fortune during his late-career. He is also working on his own business which is another source of income for him.

Besides, his net worth is estimated around at $1 million as of 2021.

For full biography about your favorite WWE player, please check out Sportscovering.